Following a two-year restoration effort, a haunting sculpture Michelangelo made for his own tomb is once more on public display in Italy.

A Pietà carved from a single block of marble, the artwork shows Jesus’s dead body propped up by the Virgin Mary and St. Mary Magdalene, while the pharisee Nicodemus, whose face was modeled after Michelangelo’s own, looms above. Though technically unfinished by the artist, the piece has long held a special allure for its associations with the artist’s death.

Michelangelo chipped away at the altarpiece from 1547 to 1555—he was in his 70s then—before growing frustrated with the material and abandoning it. Giorgio Vasari explained as much in Lives of the Artists, writing that the marble was hard and riddled with fissures. Sparks would fly when the artist’s hammer made contact, the biographer explained.

Through diagnostic inspections, researchers determined that the stone was sourced from a Medici-owned quarry in Seravezza rather than the Tuscan site from which Michelangelo obtained most of his marble. Embedded throughout were pockets of pyrite, which would explain the sparks.

After foregoing the sculpture, Michelangelo entrusted it to his servant, who in turn passed the piece along to Tiberio Calcagni, a former pupil of the artist’s who continued etching the work. Around 1560, the artwork was purchased by the banker Francesco Bandini. (For this reason, the sculpture is often referred to as the Bandini Pietà.) 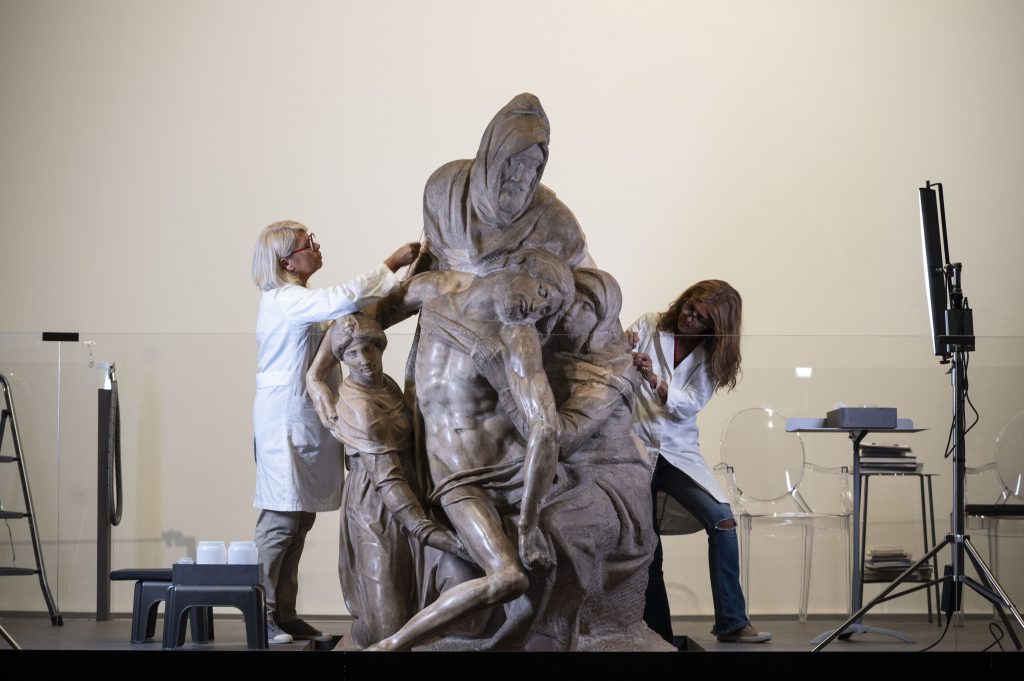 With funding from the Friends of Florence Foundation, conservation on the 5,900-pound sculpture began in November 2019, marking the first time the piece had undergone a major restoration in almost 470 years.

Experts went to work on the piece in an open-air lab at the Opera del Duomo Museum, its institutional home for the past four decades. There was a lot to do: Installed for several hundred years in Florence’s cathedral, the Pietà was discolored with layers of dust, protective wax, and ​​stucco used to rejoin broken pieces, while a plaster cast taken of the sculpture in 1882 left it with dry, white patches.

Now, after several pandemic-induced delays, conservation on the Pietà has been completed, and the newly restored sculpture is set to go on view for six months in the same laboratory that brought it back to life, giving viewers a rare, behind the scenes look at how a masterpiece is maintained.

“This is Michelangelo’s most personal work, not only because it includes his own self-portrait and was destined for his tomb, but because it expresses the tormented relationship he had with marble,” Timothy Verdon, director of the Opera del Duomo Museum, told the New York Times.

See more pictures of the Pietà before, during, and after restoration below. 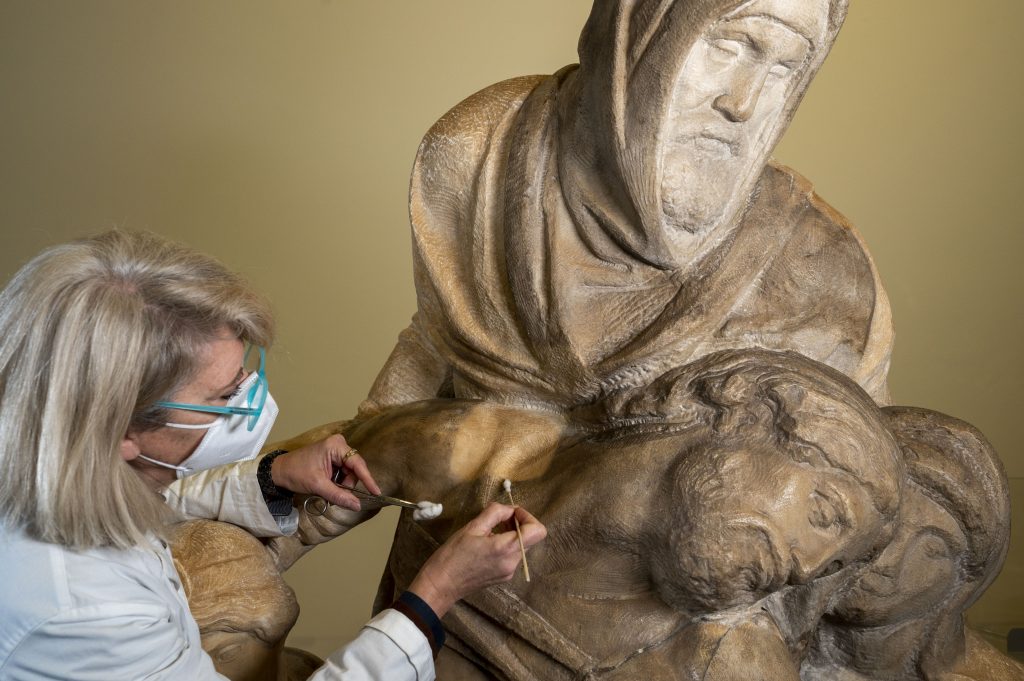 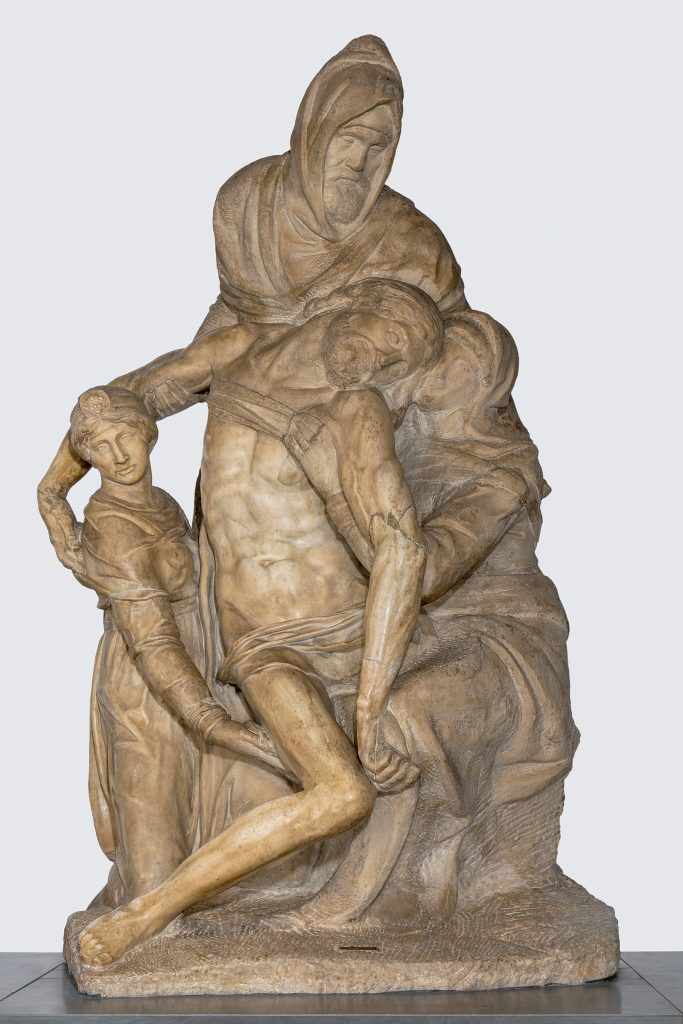 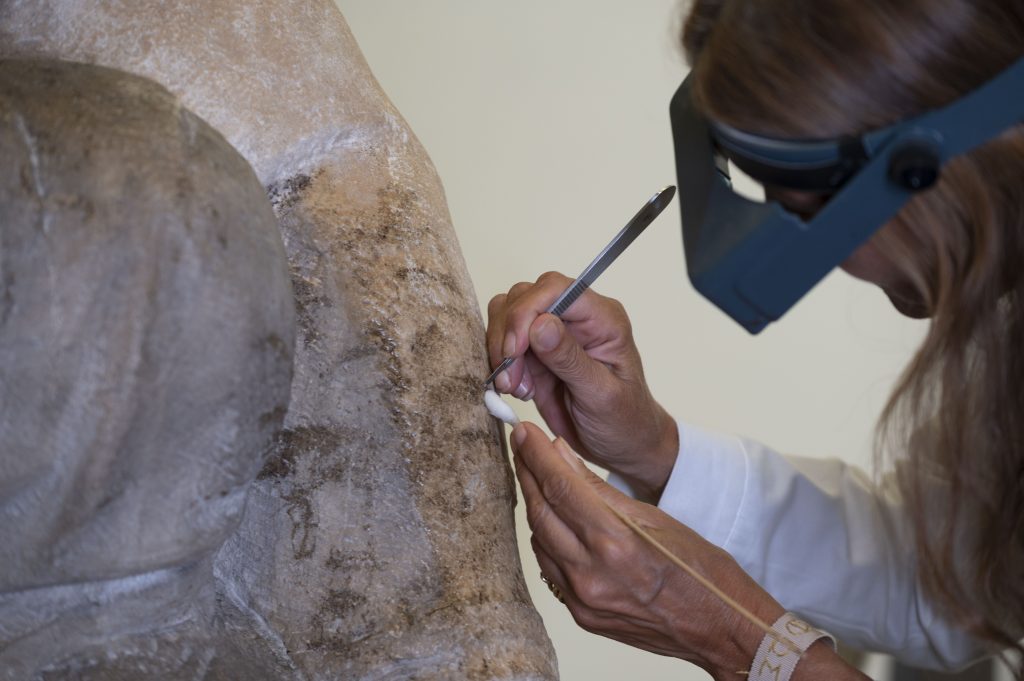 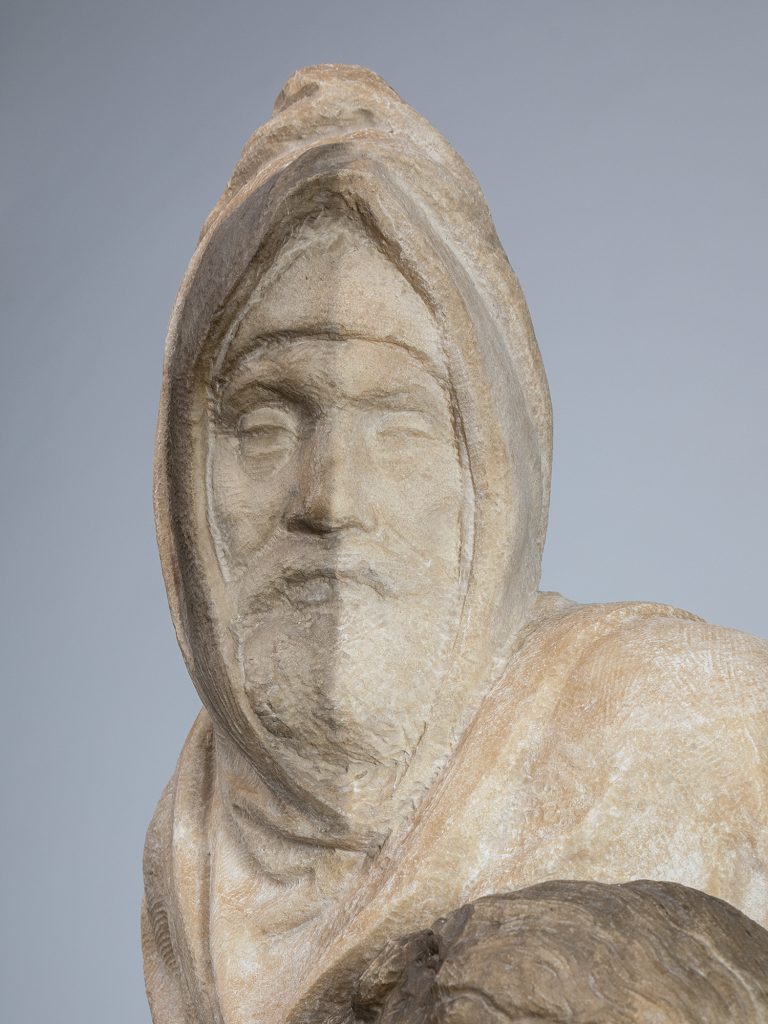 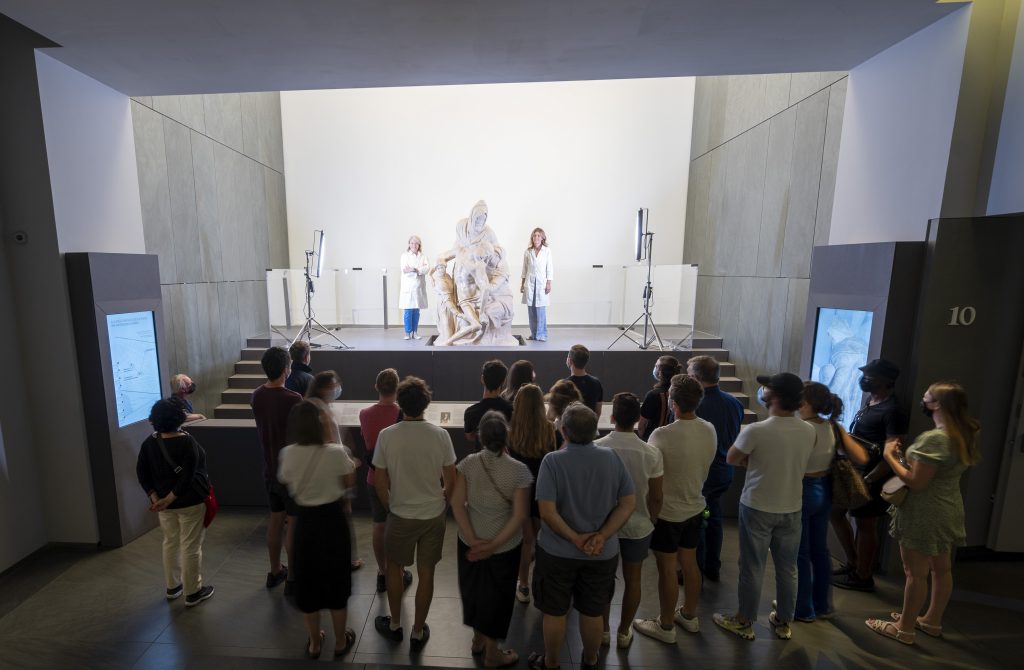 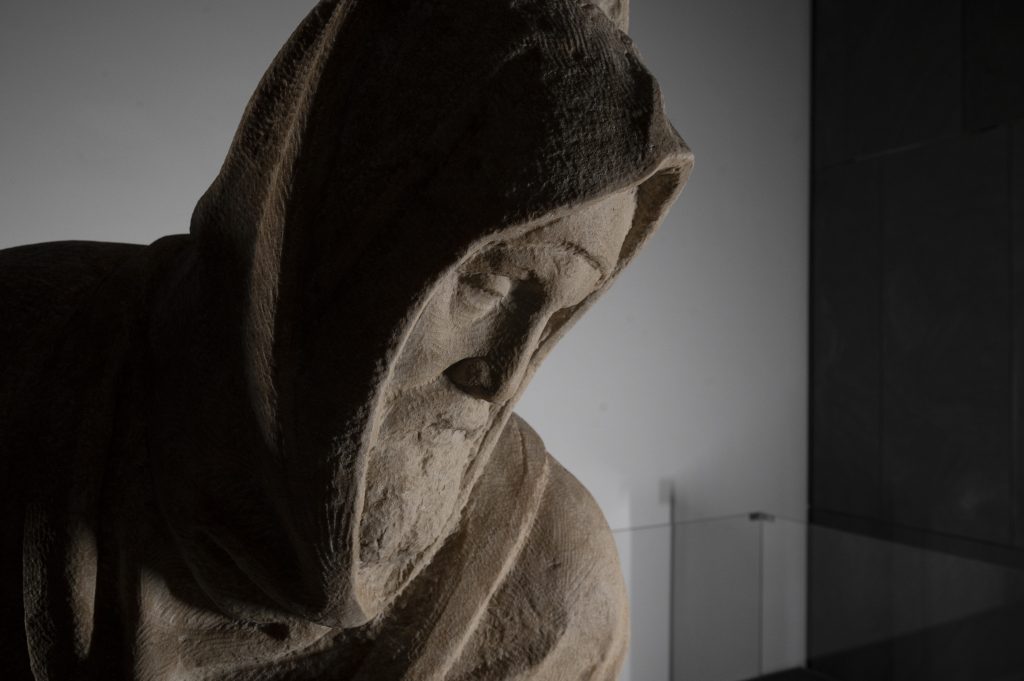