Former President Trump is now stripped of all presidential powers, stewing at his gilded Palm Beach golf resort for time immemorial. But there will still be plenty of people who cling to him long after he’s gone—including a number of art-world machers.

First off, there’s Helly Nahmad, who secured a last-minute pardon from the outgoing president, thus wiping from his record the stink of charges and prison time for his role in an illegal gambling ring. Helly Nahmad has been very, very good to Trump—he spent $21.7 million buying all seven units in the 51st floor of Trump Tower over the course of a decade. 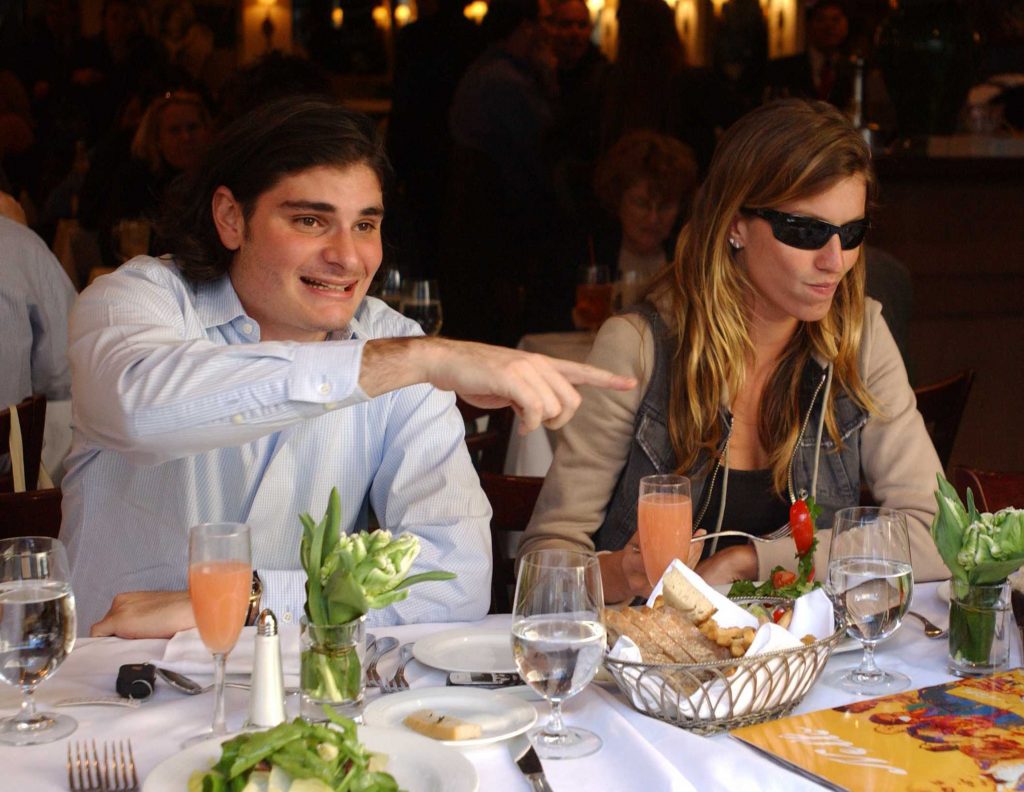 Sources said that the Nahmad camp—which includes his brother Joe Nahmad, proprietor of the Upper East Side gallery Nahmad Contemporary, and a UK-based cousin also named Helly Nahmad, referred to by cognoscenti as “London Helly” because it honestly gets pretty confusing—was ecstatic about the news. Nahmad had been hoping for the pardon to come through after having applied for it through the proper channels at the Justice Department.

But there’s another Trump Tower resident who might miss the Trump era even more. That would be Jose Mugrabi, who has lived in the building for decades. It’s been well documented in these pages that Jose’s son, Tico Mugrabi, has long been a Trump fan, palling around with Jared and Ivanka well into their scandal-plagued tenure at the White House. He even finally went on the record to Town & Country this week, saying that “the friendship began before they were in the White House. I don’t waver on my friendships solely on political reasons.” 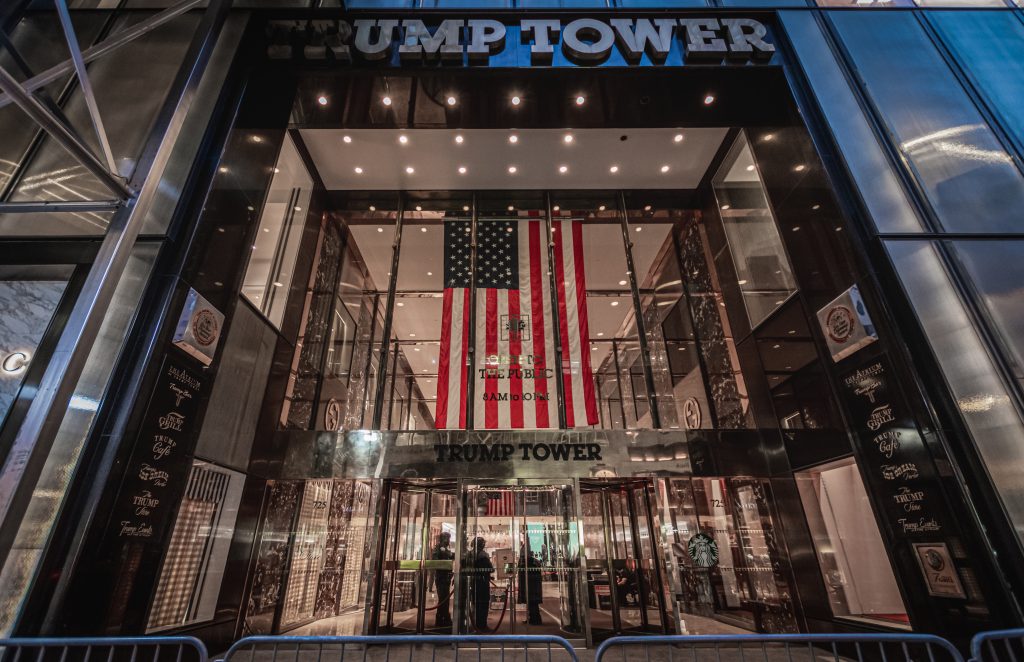 But Jose’s opinions on the man whose name adorns his building have not been known. That is, until now—a tipster sent Wet Paint a video of Jose Mugrabi making his affections very clear.

The tipster shot the video during a meeting with Mugrabi that took place sometime within the past few months (before the former president incited an insurrection of the Capitol) and it picks up in the middle of a conversation. Mugrabi can be heard saying, “What I think about Donald Trump? I’ll tell you something. He will be the best president of America of all time.” 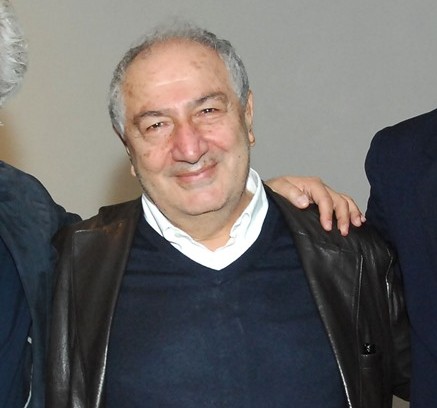 Hell, even Trump himself says that Lincoln was a better president than him.

Jose’s loyalties put him directly at odds not only with much of the art world, but also with his daughter-in-law, Colby Mugrabi, who posted (and then hastily deleted) a few posts on Instagram taking aim at Trump for his role in the violence in Washington two weeks ago. If the Mugrabi family dinners were not fun before, they will certainly get more interesting now.

Nahmad declined to comment, and Mugrabi could not be reached by press time.

GO SOUTH FOR THE COVID WINTER 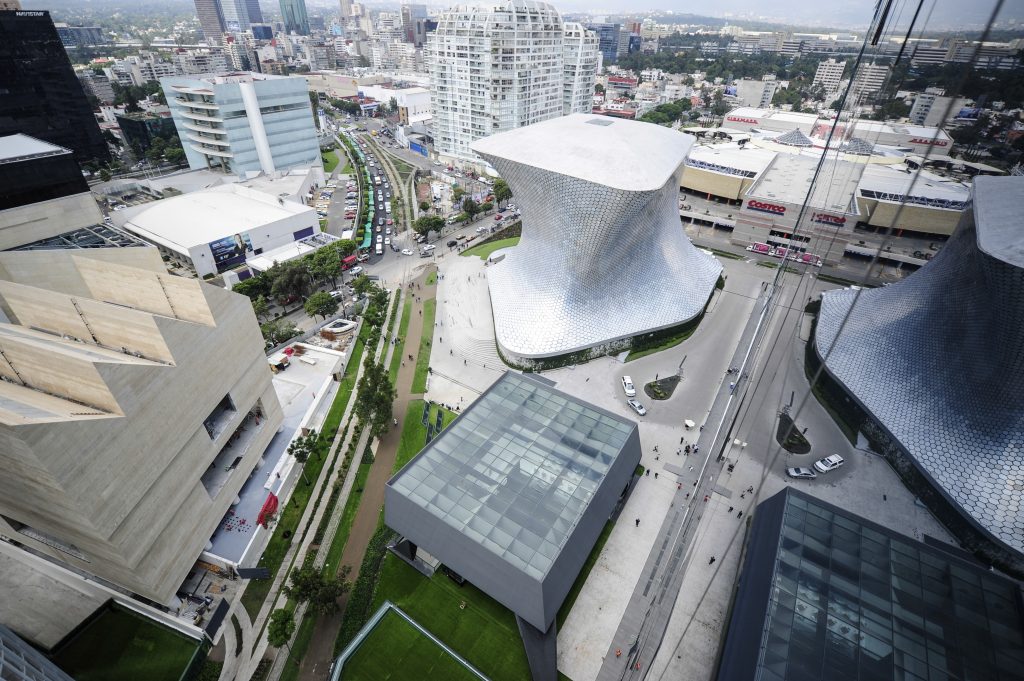 Los Angeles is not the most fun place to be right now. Case counts are going up and up. While galleries can arrange appointments by reservation, they can’t really have normal hours (nor should they!). A stay-at-home order states clearly that “museums, galleries, zoos, and aquariums are closed in Los Angeles County.”

In search of safer and more open pastures, a few prominent LA spaces are looking to pop up in the collector haven of Mexico City. The bet is that, with no Zona Maco—it was initially pushed from February to April, and then cancelled outright—those with deep pockets wishing to buy art will be forced to hit up the galleries instead. Plus: tacos! And mezcal! What’s not to love!

The biggest gallery to officially head down south is Morán Morán, the LA powerhouse that opened on La Cienega Boulevard a decade ago and has continued to make moves during the plague year. (Last month, they announced they’d be repping the estate of the late Dash Snow.) They found a glam four-room space in a Polanco neighborhood manor that is due to be operational in May. There’s a bit of a gallery hub in Polanco these days, spurred by the opening of billionaire Carlos Slim’s Museo Soumaya in 2011, and billionaire Eugenio López’s Museo Jumex in 2013. 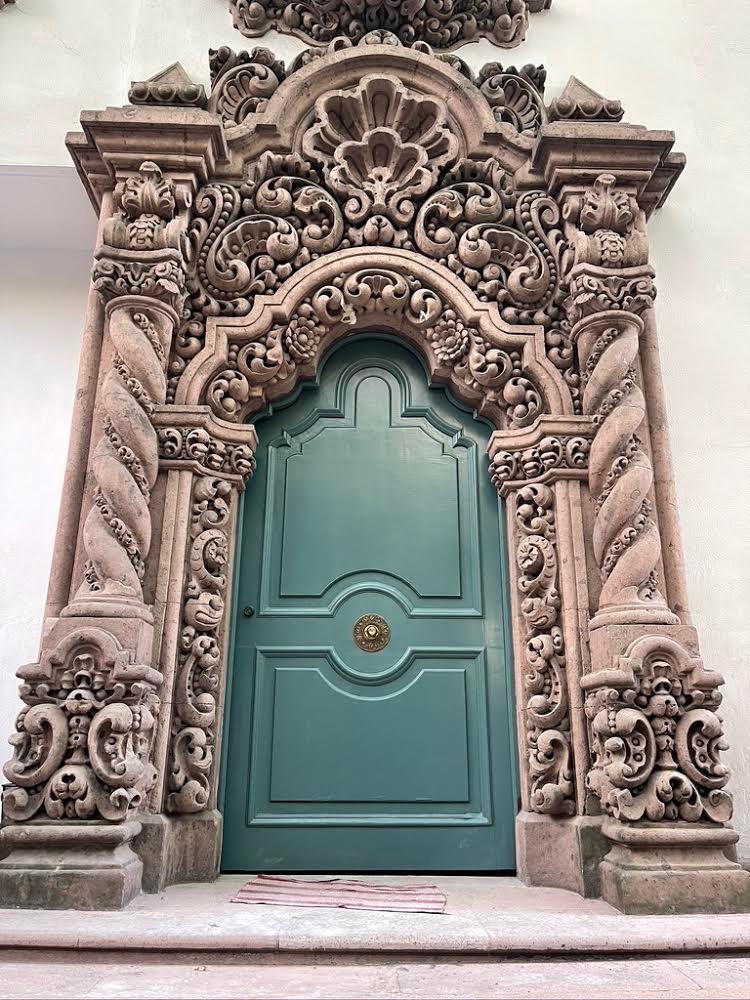 The door to the new space in Mexico. Photo courtesy Morán Morán.

“The past year has been challenging for the world,” Morán Morán co-founder Mills Morán said in a statement. “We lost opportunities. We lost moments together. Many lost loved ones. The one thing we did gain was perspective and a renewed sense of purpose. After flirting with the idea of expansion almost since our inception, we are excited to open a second space in Mexico City and be a part of the rich and vibrant arts community in CDMX.”

Several other Los Angeles galleries stuck in lockdown are also close to pulling the trigger on pop-ups to pass the time. But that doesn’t mean the City of Angels is being counted out entirely. Morán added that he’s planning to move the gallery to a larger space in Koreatown, on the corner of Western Avenue and Melrose Avenue, and will open there with a show of new work by Soil Thornton later in 2021.

No one got the pop quiz from last week right! For shame! Let’s zoom out a bit and see if y’all can get it this time. Name the artist who made this work and its owner. (No, it is not one of those monolith meme things that were popping up way back during the Trump administration.) 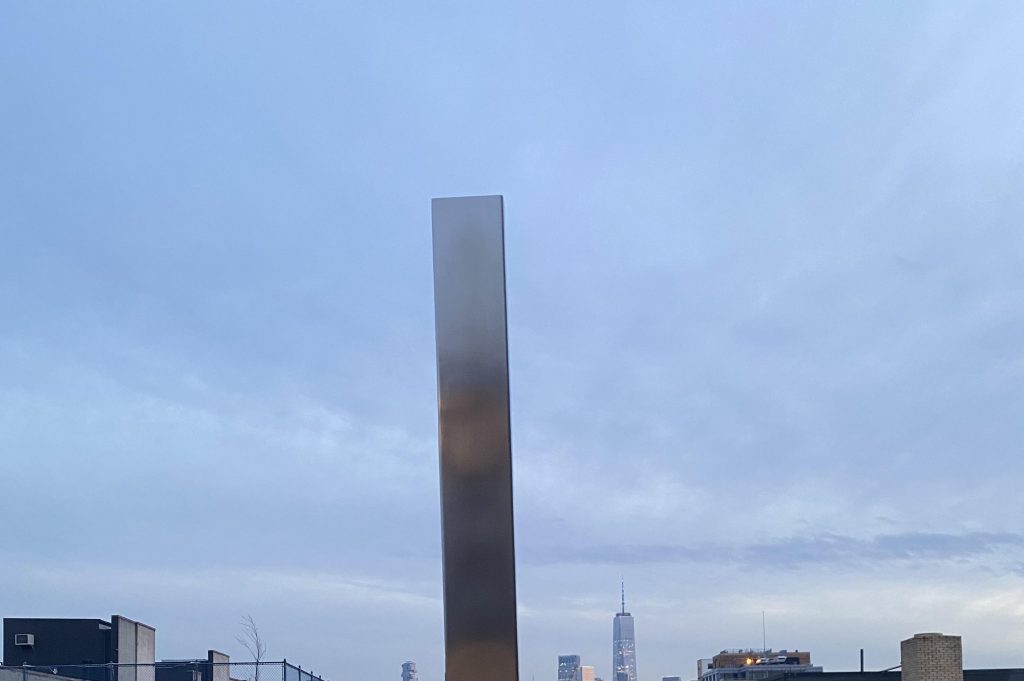 Send guesses to [email protected] and the winners will get bragging rights forever and eventually these incredible hats that people don’t seem to believe are real! 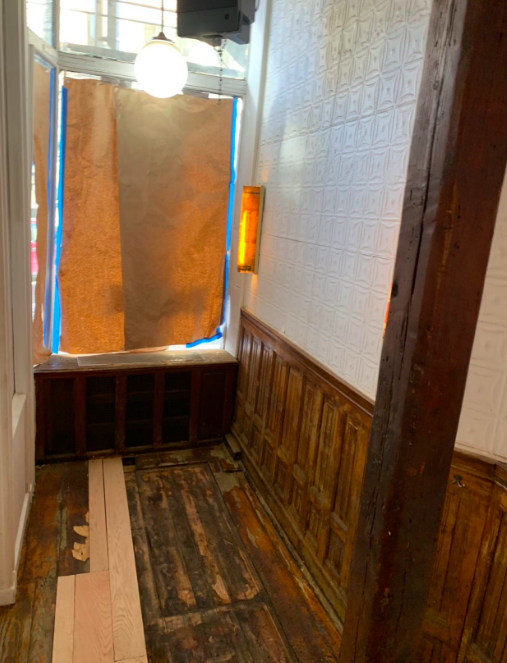 There are some serious renovations going on inside the now-closed classic SoHo boîte Lucky Strike and one developer is close to securing the deal to open a new restaurant in the iconic space … Jared & Ivanka’s new rental condo is in a building called Arte Surfside—monthly rent wasn’t reported, but it is the same building where a mystery financier recently bought a triplex penthouse for $33 million … rooms at the Grand Hotel Trois Rois for the new week in September when the delayed Art Basel will take place were sold out moments after the fair announced the date change … Gagosian’s website indicates that all of its Chelsea galleries are closed “until further notice,” saying that the closures are “in the interest of public health” … 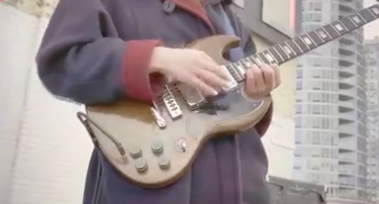 *** The black metal heroes Liturgy playing on the roof of Matthew Barney’s studio to celebrate the end of the Remains Clock, which had been counting down the days until Trump left office *** Lucien Smith in the new dual-roomed space he’s rented on New York’s Canal Street for his non-profit, STP, after spending much of his time the past few years in Montauk and Los Angeles *** Tico Mugrabi dining alfresco at Atla on Lafayette Street, not far from his Bleecker Street apartment *** 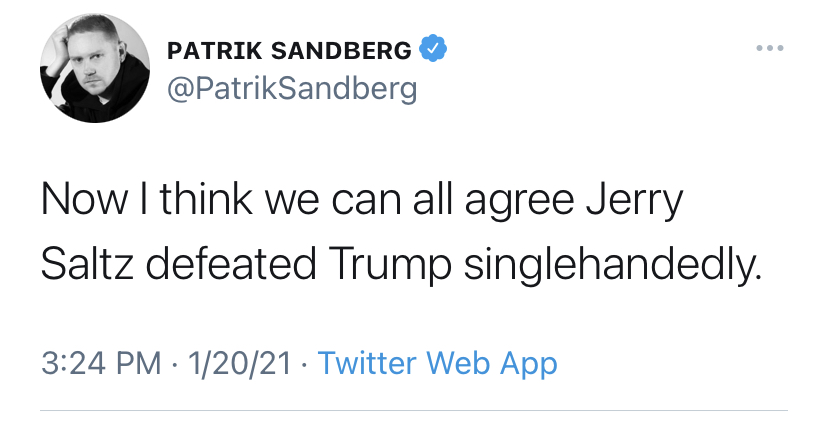