Just a few short months ago, the full-throated return of the IRL art event felt imminent. Now, as the Armory Show in New York prepares to open in less than two weeks, rising coronavirus rates and the rapid spread of the Delta variant have once again thrown a serious curveball at the prospect of live events.

In late July, ARTnews revealed that 55 exhibitors of the Armory Show’s previously announced 212-gallery lineup—around 25 percent—would participate only virtually, deferring in-person attendance to the 2022 edition. Not surprisingly, most of them are from Europe, where international travel remains difficult due to constantly changing restrictions.

Conversations with collectors, dealers, and art advisors suggest that any kind of universal “welcome back” moment will prove elusive. Instead, the return to the circuit is likely to be governed by individual circumstances. Some Armory skeptics cited the fair’s proximity to Jewish high holidays and the looming start of the school year as reasons for caution.

“I am really hesitant about the Armory or any kind of big super-spreader event,” art advisor Lisa Schiff told Midnight Publishing Group News, noting that she has a young unvaccinated son at home. At the same time, she acknowledged, “It will be a hard one to not go to because people are going to be pulled to go to it.”

The sentiment was split down the middle in a mini-survey that the Association of Professional Art Advisors (APAA) conducted among 40 of its members. Half of those surveyed do not plan to travel for art fairs at all this year. Half of U.S.-based advisors, meanwhile, plan to attend Independent and the Armory Show.

International travel remains a challenge. On Sunday, the New York Times reported that the E.U. is set to advise its members to reintroduce travel restrictions for U.S. visitors, leaving unclear the prospects for those who had planned to attend Art Basel. 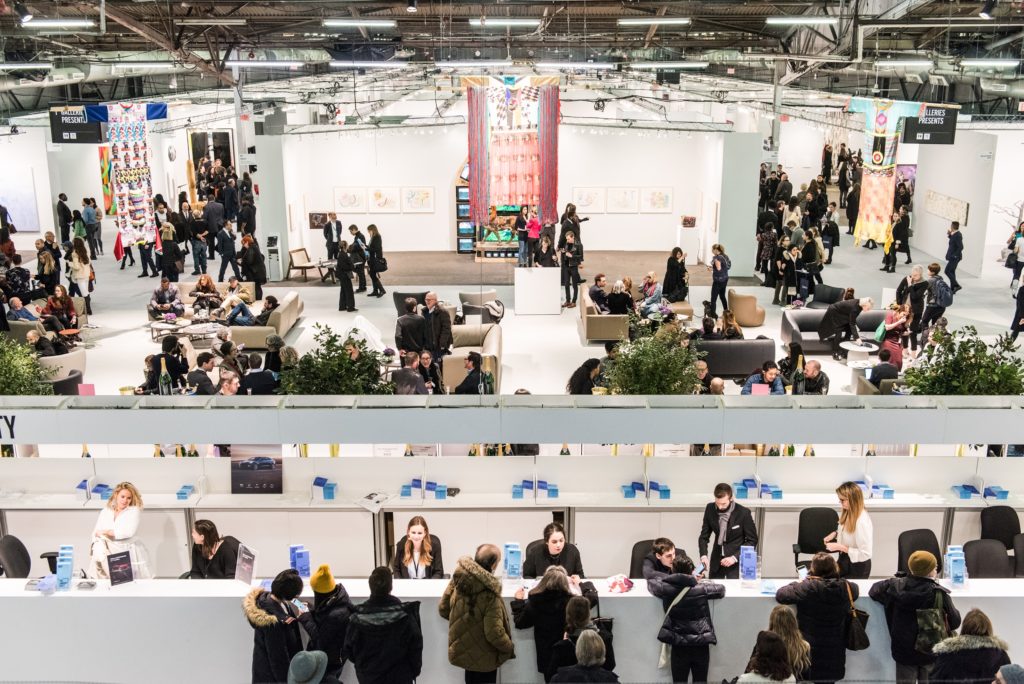 Not surprisingly, most of the in-person art fairs that have taken place so far this year have had a heavily regional flavor, including Frieze New York, the recent concentration of art events in Aspen, and Upstate Art Weekend in New York’s Hudson Valley.

For some, this makes Armory Week—which, despite last-minute changes, will host a considerable number of international galleries—all the more exciting.

“In my conversations with our exhibitors and collectors, I’ve been heartened by their enthusiasm for the return of fairs,” Armory Show director Nicole Berry told Midnight Publishing Group News. “We understand that for many of our exhibitors and collectors, the Armory Show marks a return to large-scale events after a long hiatus, and they’ve expressed comfort in the rigorous health and safety protocols we have put into place.”

In its new home, the Javits Center, the fair will present work by Modern and contemporary exhibitors under one roof for the first time in over a decade. Architects Frederick Fisher and Partners “have thoughtfully designed an open floor plan keeping social distancing and safety in mind while also creating amazing sight lines,” Berry said. At the center of the fair is an open gathering space where visitors can take in large-scale installations (while keeping a safe distance from one another). 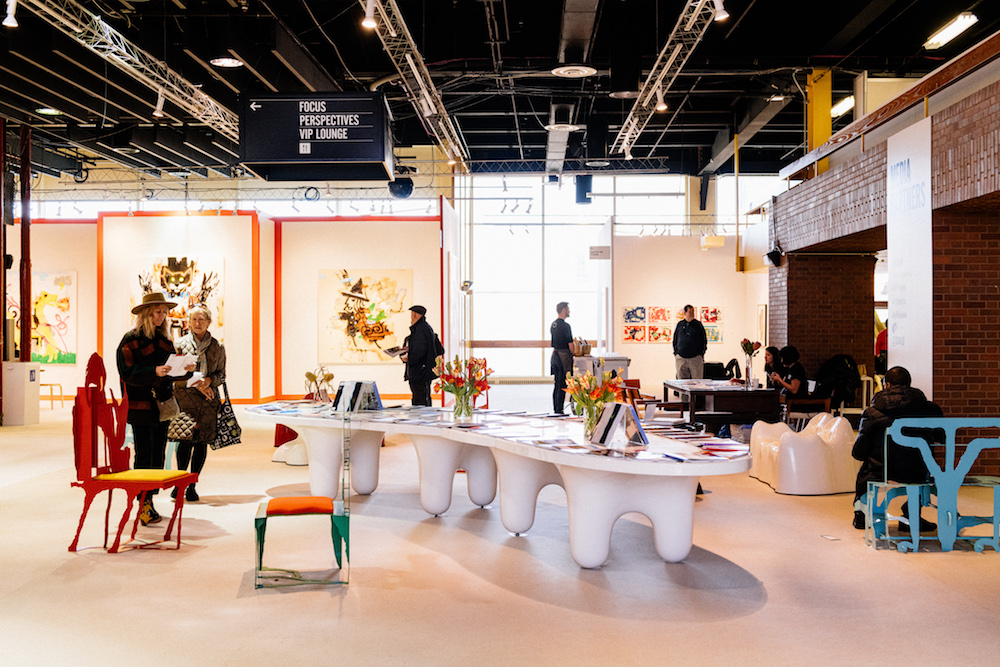 New York-based art advisor Wendy Cromwell has three clients lined up to attend the Armory Week fairs, all of whom are eager to see art in person after so much time spent viewing it online. (Cromwell also plans to visit Art Basel in September, Frieze London in October, and FIAC later that month; for the latter, she will have an American client in tow.)

“Maybe I’m being overly optimistic, but I’m just trying to do good work, as always, and support the galleries,” the advisor said. “I think it means a lot when you show up in person.” Every one of her clients who attended Frieze New York, she noted, bought something at the fair.

The same spirit motivated art advisor Liz Parks to float the idea to clients in early spring of attending Zona Maco in Mexico City. “I was recently vaccinated, and itching to get out of my home prison to look at art in my second favorite city, and thought they might be, too,” she said. “In the end, three different U.S. clients came with me. It was a joyful time, filled with endless art eye candy after having been in a visual desert for so long.”

With the arrival of Delta, however, the outlook has changed considerably, “casting just enough doubt in the mix to make one question one’s every move,” Parks said. That’s why she’s decided to sit out Art Basel this year. 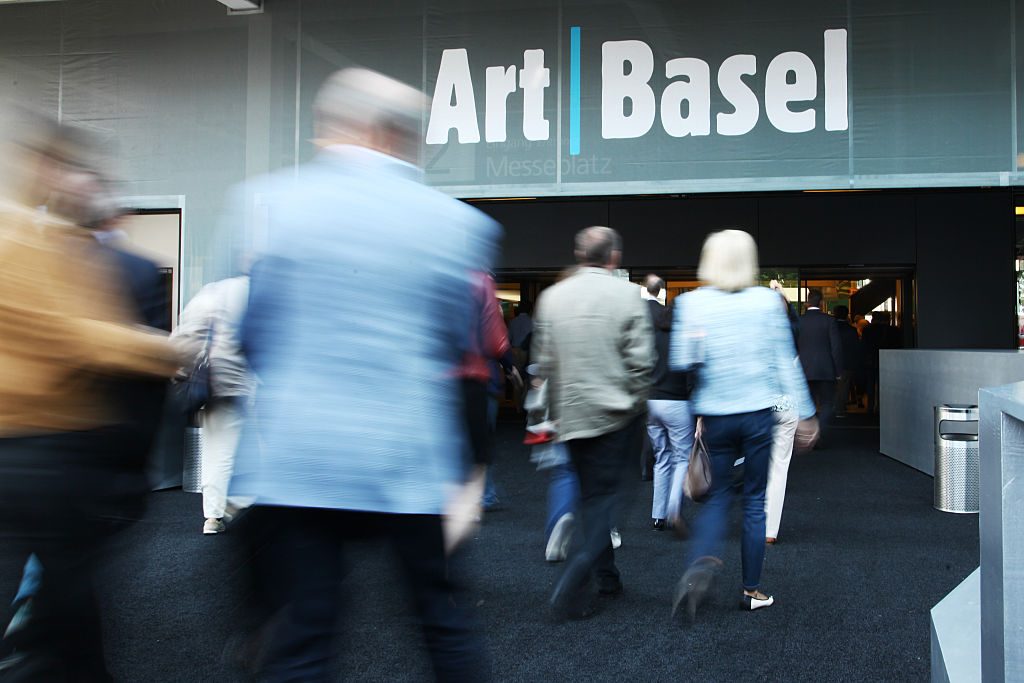 For many, the complex go-or-don’t-go calculus includes the fact that younger children remain unvaccinated and the school year is just about to begin. COVID-related travel hurdles also present an issue.

Earlier this week, for example, organizers of Liste, a satellite of Art Basel, sent an email alerting travelers that only Swiss or E.U. COVID-19 certificates would guarantee entry. Vaccinated visitors from outside the E.U. must submit a collection of documents to a government agency more than a week in advance to secure a certificate. (Adding another layer of complexity, not every vaccine manufacturer has been approved by the Swiss government.)

“Aside from COVID itself, the difficulties that can arise from trying to get test results within 24 hours to board an international flight can be in itself a mini-mess, as I have found from my own family’s attempts and very last minute surprises,” appraiser Elin Lake Ewald noted.

Many of the experts we spoke to seemed most optimistic and relaxed about Art Basel Miami Beach—likely because it is the furthest away on the calendar. Los Angeles based dealer Susanne Vielmetter reported that her gallery had just shipped its crate to Switzerland for Art Basel when collectors began to tell her they were cancelling their trips. Art Basel Miami Beach, she said, is giving galleries more time to make a final commitment, knowing that people are apprehensive.

For some, 16 months of lockdown has offered a welcome glimpse of what life might be like with less frantic art-fair travel—for good. Jonathan Schwartz, an industry veteran and CEO of art shipper Atelier 4, said he feels that these events have been headed for a reckoning ever since Miami Art Week hit 23 fairs around 2007.

Amid the pandemic, he said, “We did such a good job of pivoting away from art fairs because there were none, that we actually don’t need to go back to them…. What if we did in fact staff up and then it gets shut down because union workers, art handlers and a few early arriving dealers test positive, and then we all have to go home?”

“I know we will eventually get out of this mess,” he added, “but what’s the rush, art fairs?”

Schiff agrees. “I’m really going to do my darndest to fight [going to so many fairs]—and then you can make fun of me when I’m right back in the same circuit,” the art advisor said. “There are lots of ways to work more creatively and the gallery system has showed us that. With all the galleries mounting OVRs, I’m going to be there virtually—but I don’t have to go anymore.”