Welcome to the Art Angle, a podcast from Midnight Publishing Group News that delves into the places where the art world meets the real world, bringing each week’s biggest story down to earth. Join host Andrew Goldstein every week for an in-depth look at what matters most in museums, the art market, and much more with input from our own writers and editors as well as artists, curators, and other top experts in the field.

Right now there is a powerful, highly ambitious, and deeply relevant art show in New York that weaves together the histories of conservation and American art in a way most people haven’t seen before.

It’s a quick jag from the city across the Rip Van Winkle Bridge into Catskill, New York, but light years away from the bustling metropolis, where on either side of the river are the historic homes of the famed Hudson River School painters Thomas Cole and Frederic Church in New York’s Hudson River Skywalk Region.

Inside those homes—the Thomas Cole National Historic Site and Olana State Historic Site—sprawls the show titled “Cross-pollination: Head, Cole, Church, and Our Contemporary Moment,” with art that spans the mid-19th century to today, the exhibition is built around a suite of 16 bravura paintings of hummingbirds titled “The Gems of Brazil” by the little known Hudson River School artists, Martin Johnson Heade, and it takes flight from there exploring a network of interconnections between art, science, and the natural world.

It also provides rich insight into the story of the relationships at the heart of the show between Heade, Thomas Cole, and Frederic Church, three of the greatest visionary artists America has ever known.

This week on the podcast, Andrew Goldstein is joined by Thomas Cole National Historic Site curator Kate Menconeri to discuss how these historic artists first began thinking about ideas of conservation and preservation, and how contemporary artists have taken up the mantle to encourage a new generation not only to appreciate nature, but how to give back what for years we’ve been taking from it.

Listen to Other Episodes:

The Art Angle Podcast: How Much Money Do Art Dealers Actually Make?

The Art Angle Podcast: What Does the Sci-Fi Art Fair of the Future Look Like?

Shattering the Glass Ceiling: Art Dealer Mariane Ibrahim on the Power of the Right Relationships

The Art Angle Podcast:‘Art Detective’ Katya Kazakina on How She Lands Her Epic Scoops


Art historians have discovered a long-lost painting by Rembrandt van Rijn in Rome.

The painting, The Adoration of the Magi, is believed to date from 1632 to 1633. Scholars had long believed that only copies of the picture had survived, including well-known examples in Gothenburg, Sweden, and St. Petersburg, Russia.

The work had long been in the collection of a family that had no idea it was a genuine Rembrandt, until 2016, when art restorer Antonella di Francesco took it in for repairs after it fell off a wall.

“It’s a thrill that has no equal,” Di Francesco said in a statement of the discovery. 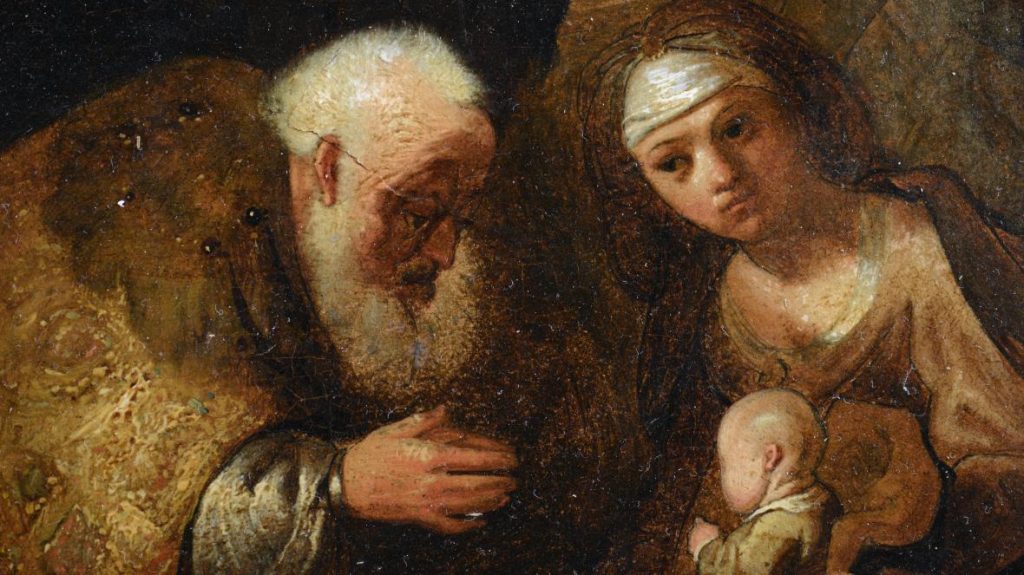 Rembrandt van Rijn, The Adoration of the Magi (1632–33), detail. Courtesy of the Fondazione Patrimonio Italia.

During the restoration, Di Francesco cleaned away centuries of varnish to reveal the work’s original luminous colors, confirming her suspicion that it was a real Rembrandt.

“Finding a Rembrandt in Italy is not something that happens every day,” Guido Talarico, the president of the Italian Heritage Foundation, which organized the symposium, told the London Times.

The family that owns the work plans to keep it, but will lend it to museums and galleries, Talarico told CNN.

According to ANSA, an Italian news agency, the work’s potential value is between $83.7 million and $239 million (€70 million to €200 million). Rembrandt’s auction record stands at £20.2 million ($33.25 million) when a work by the artist sold in 2009 at Christie’s London, according to the Midnight Publishing Group Price Database. 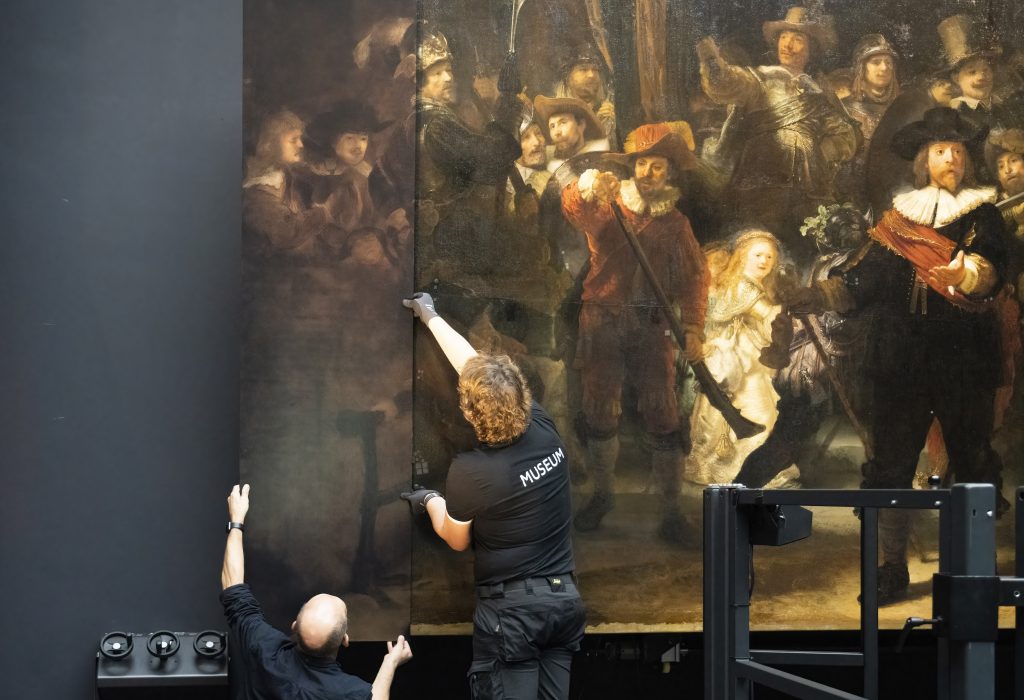 The process of reconstruction of the trimmed edges of Rembrandt’s The Night Watch. Photo: Rijksmuseum/Reinier Gerritsen.

It’s been an exciting week for fans of the Dutch Golden Age artist, as the Rijksmuseum in Amsterdam unveiled a recreation of Rembrandt’s The Night Watch using A.I. to recreate fragments of the massive canvas that had its edges trimmed over 300 years ago.

And last year, two possible new Rembrandt works came to light: one thought to be a copy owned by the Ashmolean Museum in Oxford, and another at the Allentown Art Museum in Pennsylvania that was previously dismissed as a work by the artist’s workshop.