Monaco is becoming a key destination for art lovers.

This summer a big Giacometti retrospective will continue the strong exhibition program of the Forum Grimaldi. Under the patronage of Princess Caroline of Hanover, who is a formidable champion for culture in the principality, interesting exhibitions regularly take place at the Villa Sauber and Villa Paloma, which are part of the Nouveau Musée National de Monaco.

In recent years Monaco has also started to play a more important role in the art market. Thomas Hug founded art Monte-Carlo in 2016, and after the obligatory 2020 hiatus, will stage its fifth edition from July 14 to 17. A lot of excitement is being caused by the imminent arrival of Hauser & Wirth, which will open a spectacular new space with an inaugural exhibition devoted to Louise Bourgeois in June. Rumor has it that Almine Rech, who with her husband Bernard Picasso is a Monaco resident, may soon also open a gallery. It seems top gallerists are finally realizing that Monaco is possibly one of the best locations to focus on in the hopefully soon-to-begin post-Covid world. 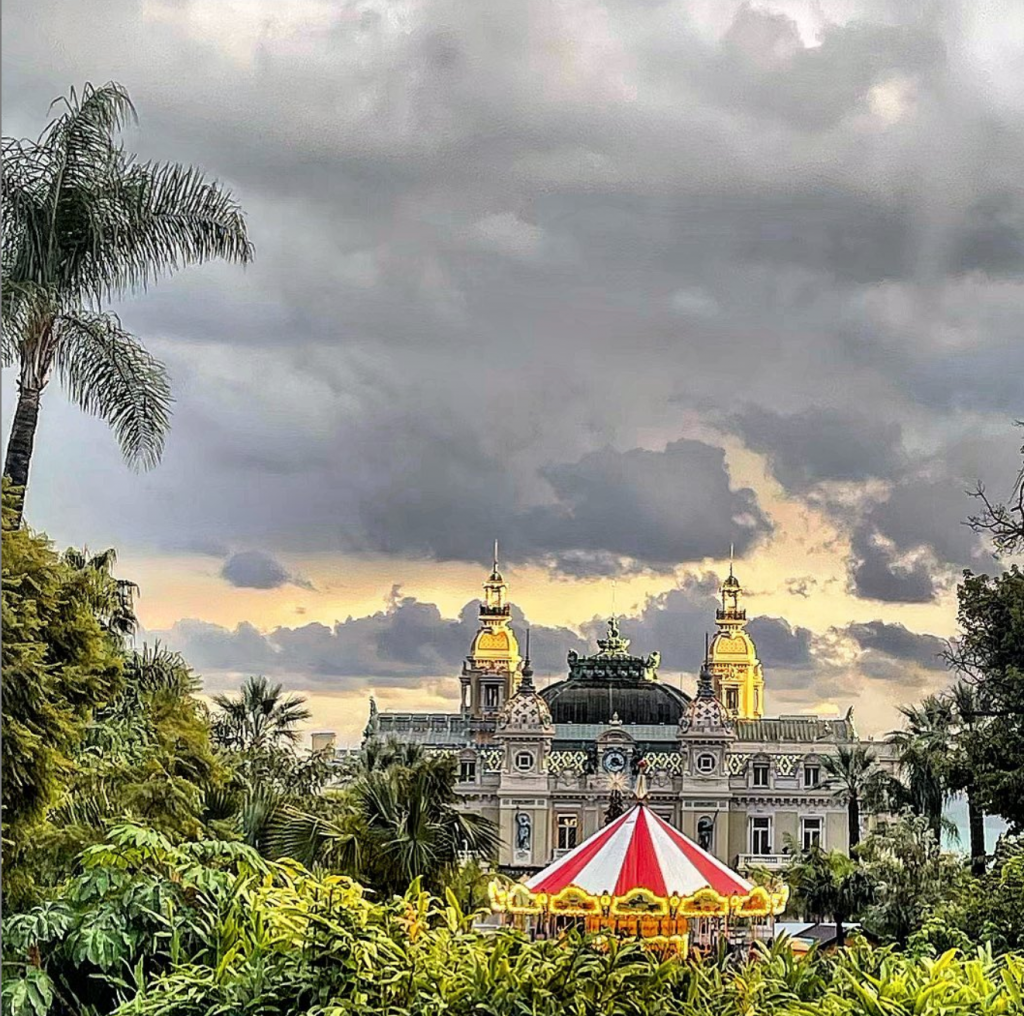 After all, Gagosian, David Zwirner, and Hauser & Wirth are jostling to find appropriate spaces in Gstaad during the winter. St. Moritz has been a coveted place for leading dealers for a long time with Bruno Bischofberger as undisputed king working from his home, and Karsten Greve, Hauser & Wirth, Andrea Caratsch, Vito Schnabel, and Robilant+Voena all well placed to catch the attention of high net worth individuals who flock to the Swiss mountain resorts for the ski season.

But whereas in St. Moritz the activity is seasonal, with the peak usually concentrated during two weeks in the second half of February, Monaco offers a captive audience all year long and optimal conditions. It takes far less time to drive to Nice airport from Monte-Carlo than it takes to go from Mayfair to Heathrow. The climate is mild and pleasant, the hotels are first rate, and there is a plethora of top restaurants.

For the art market to fully flourish, it needs the presence of leading galleries and a good fair, but also a strong auction presence. Here, things are also looking up. Sotheby’s will stage the auction of the Karl Lagerfeld Collection during the second half of 2021 in Monaco. This brings me back to the future. 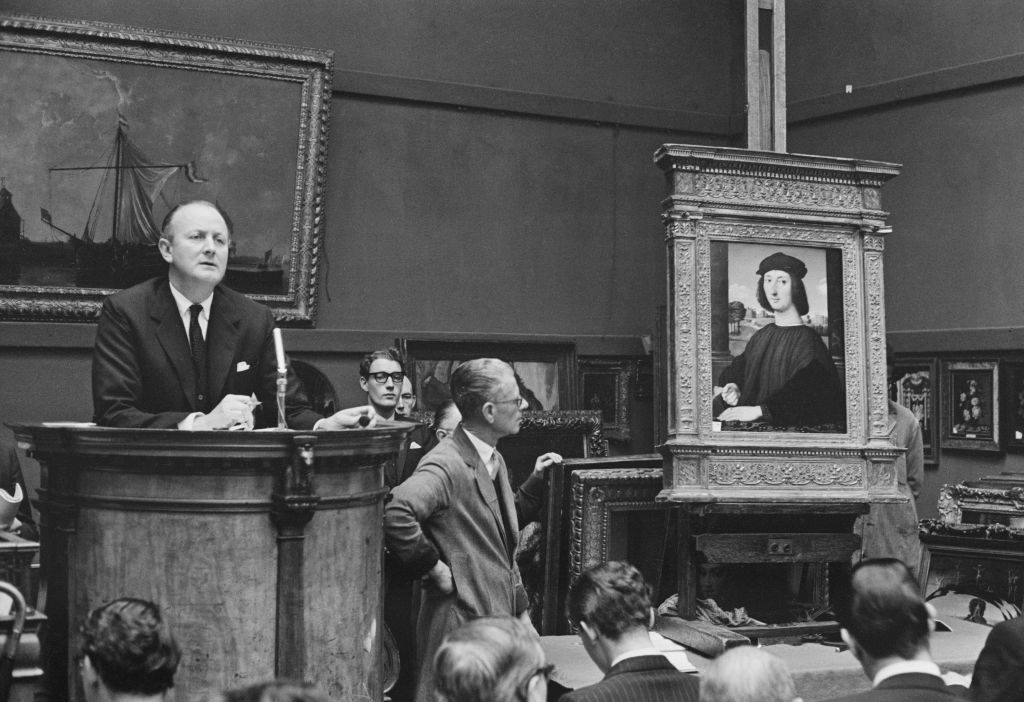 Forty-five years ago Monaco was already the favorite auction and art market venue of the leading collectors of the time. A law that dated from the time of Napoleon gave French auctioneers a monopoly in France, and prevented Anglo-Saxon companies such as Sotheby’s or Christie’s from conducting auctions in Paris. Peter Wilson, then the brilliant chairman of Sotheby’s, knowing that Monaco had a customs union with France, decided to start auctions in the principality. This allowed him not only to circumvent the French monopoly and compete for the best French estates but also to be able to sell works that were prohibited from leaving the French territory as they were regarded as national treasures.

Sotheby’s inaugural Monaco sale consisted of the collections of Baron Guy de Rothschild and Baron Alexis de Redé. Prince Rainier and Princess Grace took an old Art Deco train together with Peter Wilson from Nice to Monaco as part of the official opening festivities. The auction was a triumph. After that, one major collection after another was swooped away from under the nose of the main French auctioneers to be sold in Monaco’s most elegant rooms.

At the time, I was a little greenhorn who had just landed a job at Sotheby’s in London. Presumably because I spoke French, I was asked to move to Monaco to help with the burgeoning auction operation. Auctions were high glamor, black tie only events starting at 10 p.m. Collectors were sipping champagne while bidding. There were no sky boxes, and top collectors were present in the sale room. I remember seeing Gianni Agnelli, Stavros Niarchos, Baron H.H. Thyssen-Bornemisza, and Sir Charles Clore, all sitting in the room bidding against each other in a way you only see happening today at top end charity galas.

In 1978, the catalogue for the collection of French 18th century furniture of Daniel Wildenstein had been printed when a few days before the auction Akram Ojjeh bought the whole collection en bloc. One year later he consigned it to Sotheby’s Monaco which only had to change the preface and the title page of the catalogue. Collections of the Comtesse de Béhague, Serge Lifar, Alain Lesieutre, Marcel Janson, Karl Lagerfeld, and many more were sold during auction weekends that would take place three to four times a year. 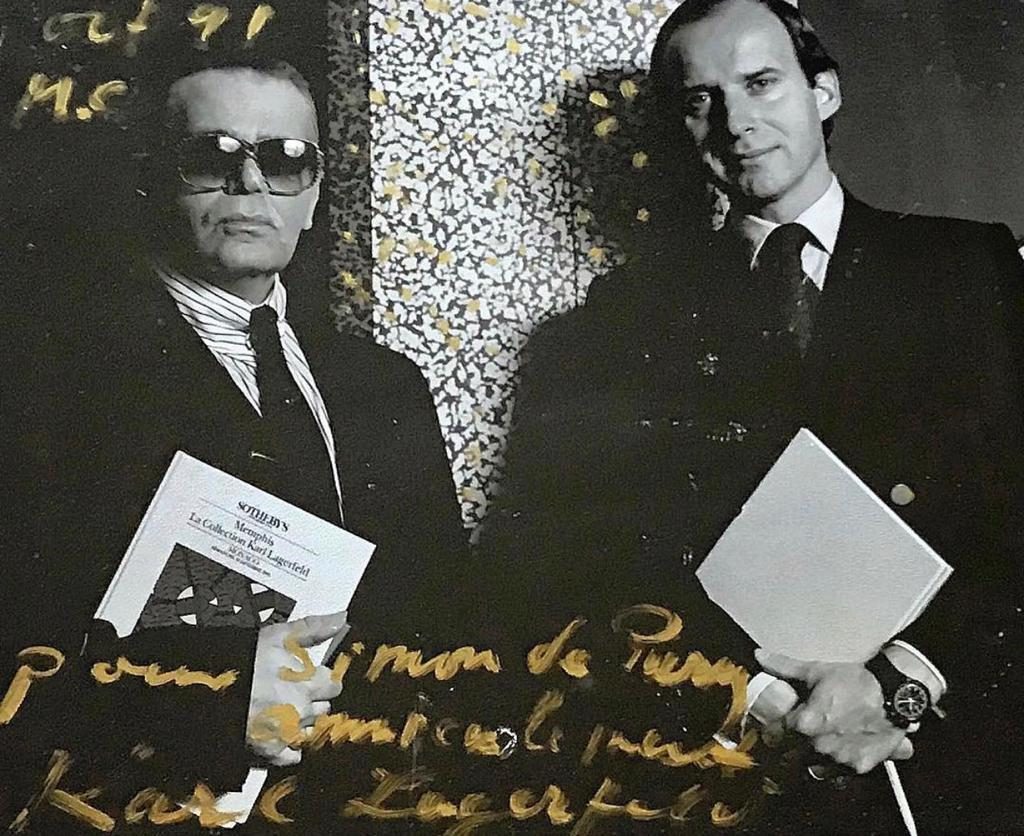 In the late 1990s, under pressure from the E.U., the French government had to abandon the four-centuries-old monopoly afforded to French auctioneers. Sotheby’s and Christie’s (which meanwhile had followed its main competitor to Monaco) instantly moved the majority of their sales to Paris. This began a calmer period for Monaco as a marketplace. The great irony is that while Christie’s and Sotheby’s instantly became the undisputed auction leaders in Paris, thereby confirming the worst fears of French commissaires priseurs (auctioneers), today the two Anglo-Saxon companies are firmly in the French hands of François Pinault and Patrick Drahi.

Another essential ingredient for a strong art market ecosystem in Monaco is a local collector base. It is in and from Monaco that the three brothers Joe, Ezra, and David Nahmad laid the groundwork for their incredible collection and their art dynasty. There is a good density of major collectors in residence. I used to fantasize in Manhattan that it would be sufficient to have all the inhabitants of some individual buildings on Fifth or Park Avenue as clients in order to be hugely successful. There are some apartment buildings in Monte-Carlo whose inhabitants alone could keep an art business going for decades.

You wouldn’t necessarily regard Monaco as a place with a large community of artists. If you take the Côte d’Azur as a whole, however, it is a region which has at all times attracted top artists. Picasso, Matisse, Bonnard, Chagall, César, Arman, and many more have and continue to be attracted by the beauty and light of the region. Francis Bacon spent a lot of time in Monaco as you realize when you visit the extraordinary Francis Bacon Foundation that Majid Boustany has set up here. Helmut and June Newton also did some of their best work during the many years they lived here. 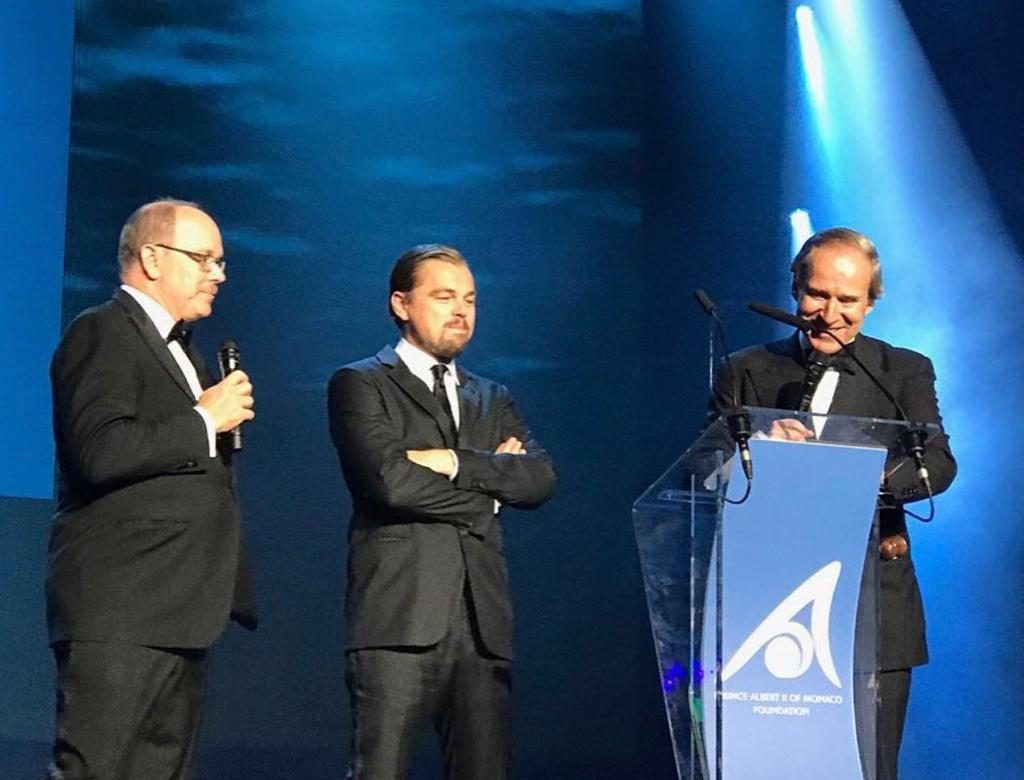 Today, I am happy to be back living in Monaco, which incidentally is the place where my father was born. I look forward to September 23, when I will be conducting the fifth annual gala auction for the Global Ocean that is being organized by the Fondation Prince Albert II de Monaco. In the four previous editions of the gala I had the privilege of selling great works of art for this great cause. Last year the grandson of Joan Miró and the daughter of Roberto Matta donated strong works. Prince Albert II is globally one of the heads of state who does most for the environment. It is our responsibility in the art world to do what we can to help.

As this exciting momentum for the market continues to gather, I am excited to witness Monaco become an important art hub for the second time in my professional life.