Rising Star Search – Artist Dominique Fung is an emerging artist on everyone’s radar, and she details the rocky road to art world acceptance.

Experts Uncover a Hidden Cupid – Researchers have uncovered and restored a long-lost cupid painting hidden beneath one of Vermeer’s most famous canvases.

Mafioso Arrested – Raffaele Imperiale was arrested in Dubai for his alleged involvement in a brazen museum heist 20 years ago.

Seeking Nirvana, and Money – The man who was photographed as a baby for Nirvana’s famed Nevermind album cover is suing the band after it declined to participate in his art show.

Afghan Culture Workers In Peril – Amid the country’s mass exodus, hundreds of artists are signing an open letter urging the US government to accept Afghan culture workers as refugees.

Dark Little Stormclouds – On this week’s Art Angle podcast, Ben Davis speaks to the director of an eye-opening new documentary that delves into the bitter fight over Bob Ross’s legacy.

Admission Fee Required – If you’re planning a day trip to Venice, prepare to pay an entrance fee for the privilege.

PAD Pulls the Plug – The London-based art and design fair has axed its 2021 edition, citing travel concerns among the surging covid variants.


Art Industry News is a daily digest of the most consequential developments coming out of the art world and art market. Here’s what you need to know on this Thursday, February 4.

The Toledo Museum Wants to Become the World’s Most Accessible – The Toledo Museum of Art is teaming up with the Ability Center of Greater Toledo with an ambitious aim: to create the most disability-friendly museum in the US. As part of the initiative, the museum will bring on a full-time manager of access initiatives to make recommendations for the museum’s design, staffing, and physical accessibility. (The Blade)

Frieze Launches Membership Program – In celebrating its 30th anniversary this year, the magazine and events company is launching a membership program with three tiers. It begins at $50 a year and includes priority booking for fairs, free digital events, and unlimited access to Frieze’s website. The top tier, designed for new collectors, will grant members early access to all Frieze events (online and IRL) and visits to private art foundations. (Press release)

Amalia Ulman Debuted a Splashy Feature at Sundance – Film critic Todd McCarthy says that the artist’s first feature film, which debuted at Sundance this week, will appeal to “downtown-style hipsters globally.” He seems to have enjoyed the “eccentric” movie, called El Planeta, which is about Ulman and her mother grifting while tumbling into poverty. It “leaves one in a good mood and certain that you’ve never seen anything quite like it before,” he writes. Interview‘s critic Patrick Sandberg describes her as an “invigorating new cinematic voice.” If you want to see the film for yourself, however, you may be out of luck for now: It is currently not seeking distribution and therefore has no release date. (Deadline, Interview)

The ADAA Fair Moves to November – The Art Dealers Association of America’s annual Art Show has become the latest art fair to shift dates—but this time, it’s for keeps. The event, which has historically been held at the Park Avenue Armory in late February, will move to November permanently. The 2021 edition will take place from November 3 to 7. (The Art Newspaper)

Destinee Ross-Sutton Partners With Christie’s on Another Sale – The auction house is reuniting with the young curator for a second iteration of last year’s online sale “Say it Loud (I’m Black and I’m Proud).” It will take place in August 2021; the full artist lineup will be made available closer to the date. (Press release)

Parrish Museum Names New Director – The Parrish Art Museum in Water Mill, New York, has named Kelly Taxter as its new director. She replaces Terrie Sultan, who led the museum for 12 years before stepping down in June. Taxter, who owned a New York gallery before joining the Jewish Museum as curator of contemporary art in 2013, begins her new role on March 22. (New York Times)

Critic and Curator Guy Brett Dies at 78 – The British art figure, who cofounded London’s short-lived but pioneering Signals gallery in the 1960s, died of unknown causes at age 78. Signals was a stomping ground for many important artists, including Lygia Clark and Takis, and played a major role in bringing international art to London. (ARTnews)

Harvard Museum to Offer Course on Beyonce’s Black Is King – The Harvard Museums of Science & Culture will offer an online course inspired by Beyoncé’s film Black Is King. “Black Is Queen: The Divine Feminine in Kush” will, according to the course’s website, integrate Beyoncé’s work into historical research “to emphasize the power and centrality of the African queen mother.” The virtual course, led by egyptologist Dr. Solange Ashby, will be held on March 25 at 6 p.m. You can register here. (Blavity)

The Getty Admits It Was Warned About Its Fake Gauguin – Los Angeles’s J. Paul Getty Museum is opening up about the history of a sculpture purportedly by Gauguin that it bought around a decade ago and later turned out to be fake. It recently revealed that Gilles Artur, the director of the Musée Gauguin in Tahiti, had written the museum in 2002 to say the piece was a curio that had been circulating on the European market. A researcher dispatched by the museum to look into the matter failed to resolve the question, and it remained unanswered until the fake came to light last year. (TAN) 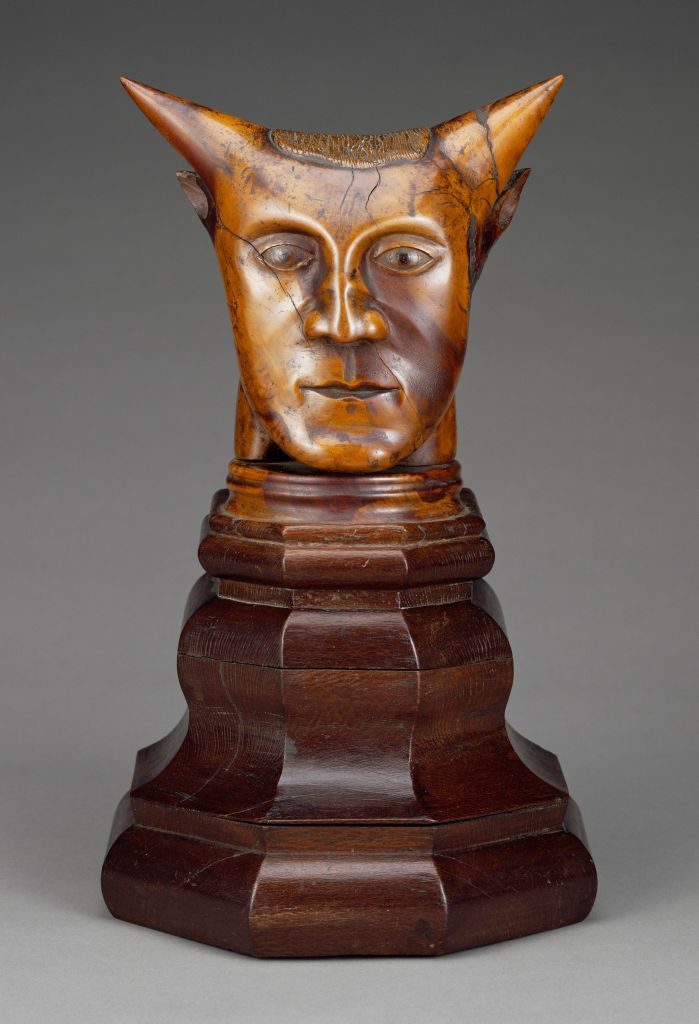