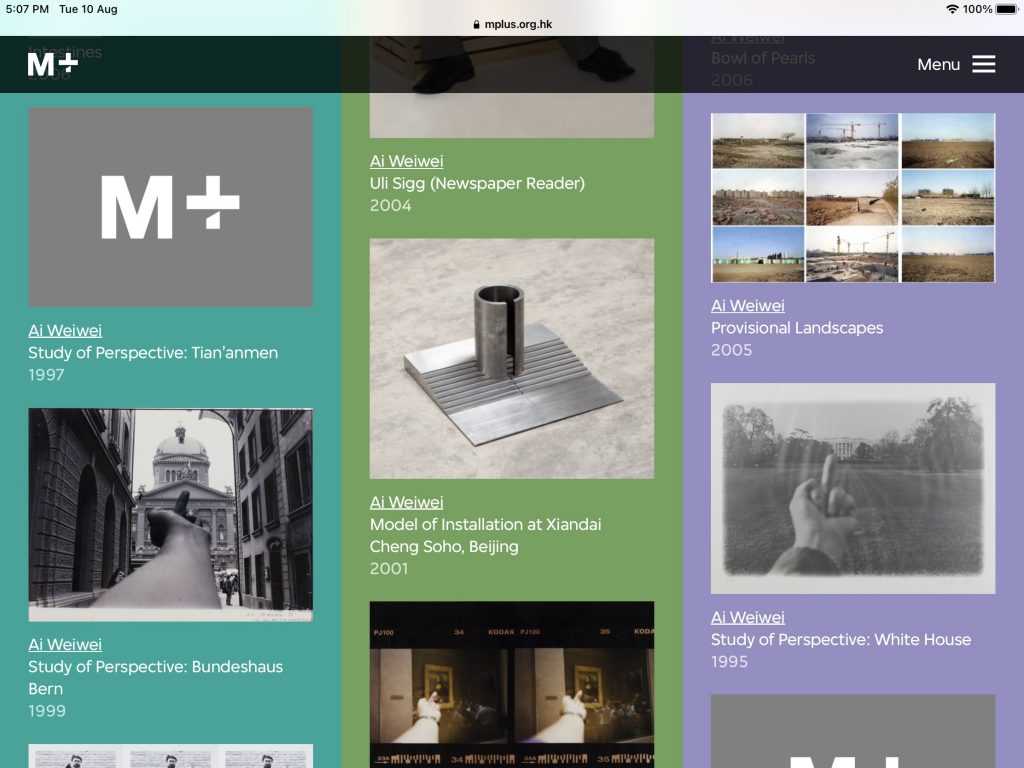 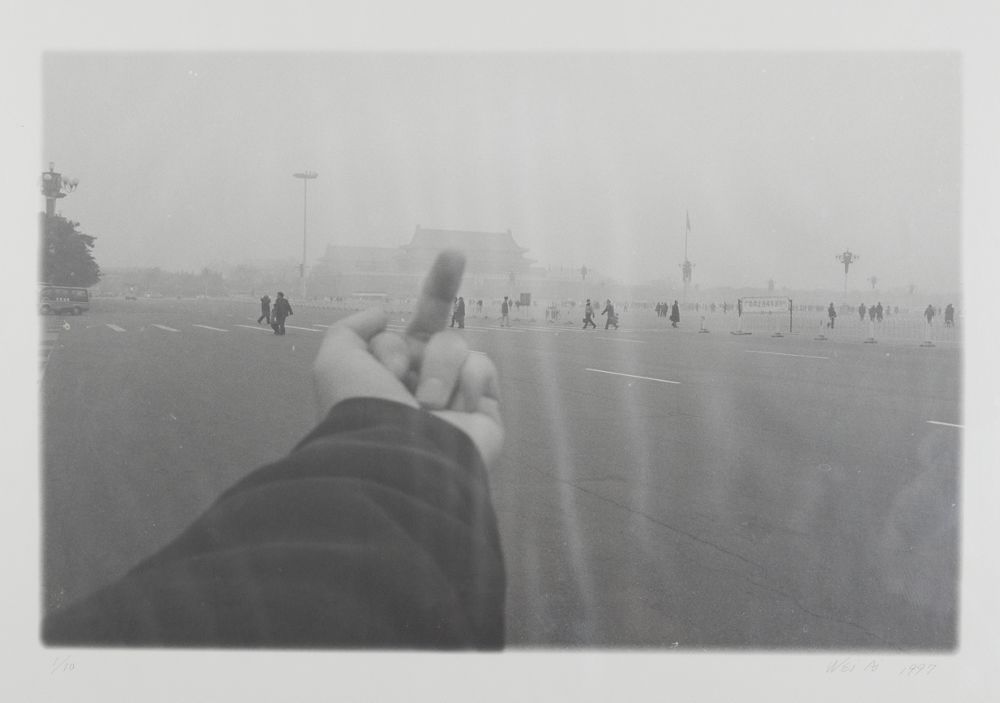 
In 2018, Chinese-Indonesian art collector Budi Tek announced an unprecedented partnership with the Los Angeles County Museum of Art (LACMA) that effectively granted the museum—vis-a-vis a dedicated foundation—co-ownership of his vaunted collection of contemporary Chinese art.

Now, for the first time, a selection of art from that trove is on view at LACMA. Twenty pieces from Tek’s collection make up the new exhibition “Legacies of Exchange,” including works by Ai Weiwei, Xu Bing, and Qiu Anxiong, among others.

The show “highlights works that relate to cross-cultural exchange, both recent and historical, between China and the West,” said Susanna Ferrell, LACMA’s assistant curator of Chinese Art who organized the show, in a statement.

The first of the show’s two sections brings together examples of Chinese artists in conversation with historical European paintings. In a 2006 canvas, for instance, Zhou Tiehai reimagines Jacopo Palma’s Venus and Cupid with the mascot for Camel cigarettes standing in for the Roman Goddess. In a 1997 painting, Yue Minjun recreates the central young girl in Diego Velázquez’s Las Meninas as a hysterical pink man.

The second half of the exhibition, meanwhile, looks at the ways in which artists have appropriated the language of commercial advertising in their work, such as in Huang Yong Ping’s 1997 installation Da Xian: The Doomsday. The piece comprises a trio of larger-than-life porcelain bowls filled with boxes of cereal that all give the same expiration date: July 1, 1997, the day of Hong Kong’s handover to China. 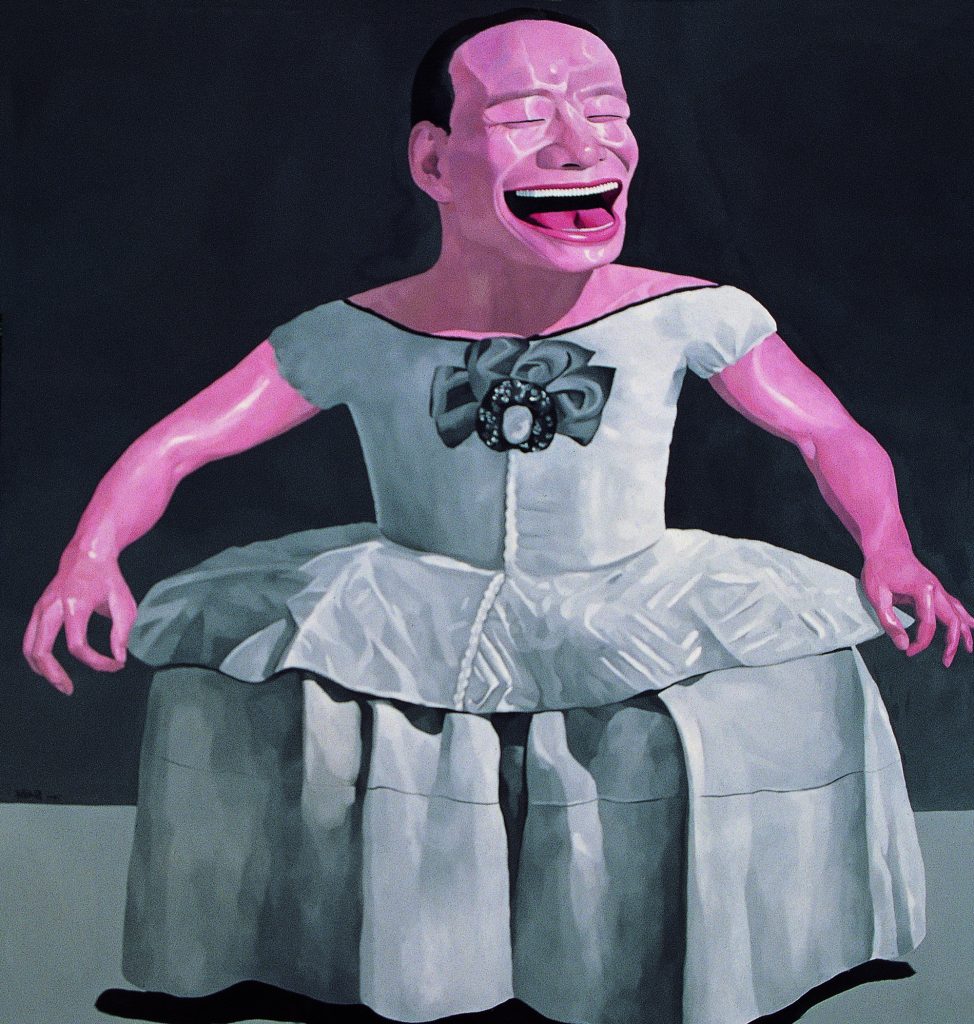 A prominent entrepreneur, Tek began collecting art in 2004. By 2014, he had amassed a personal collection of more than 1,000 pieces and founded a 9,000-square-foot private institution—the Yuz Museum in Shanghai—to house it all. Then came an unfortunate turn: The following year, Tek was diagnosed with pancreatic cancer.

Just as quickly as his museum opened its doors, Tek was forced to decide its long-term future. After China denied attempts to make the Yuz Museum public, Tek turned to Michael Govan, LACMA’s CEO and director, with an alternative idea. Their eventual collaboration yielded a new foundation to oversee the collection, which would live in China but otherwise travel between LACMA and the Yuz museum for temporary exhibitions.

Likewise, the foundation is governed by a board of trustees made up equally of representatives from LACMA and the Yuz Museum.

“I said to Michael Govan, ‘Now we are like a husband and wife. You don’t vote by saying I’m one percent bigger than you—you can’t outvote someone,’” Tek told Midnight Publishing Group News in 2018.

The first fruits of the partnership came in the form of “In Production: Art and the Studio System,” an exhibition of works from LACMA’s collection that brought in over 20,000 visitors to the Yuz Museum in 2019.

See more images from “Legacies of Exchange” below. 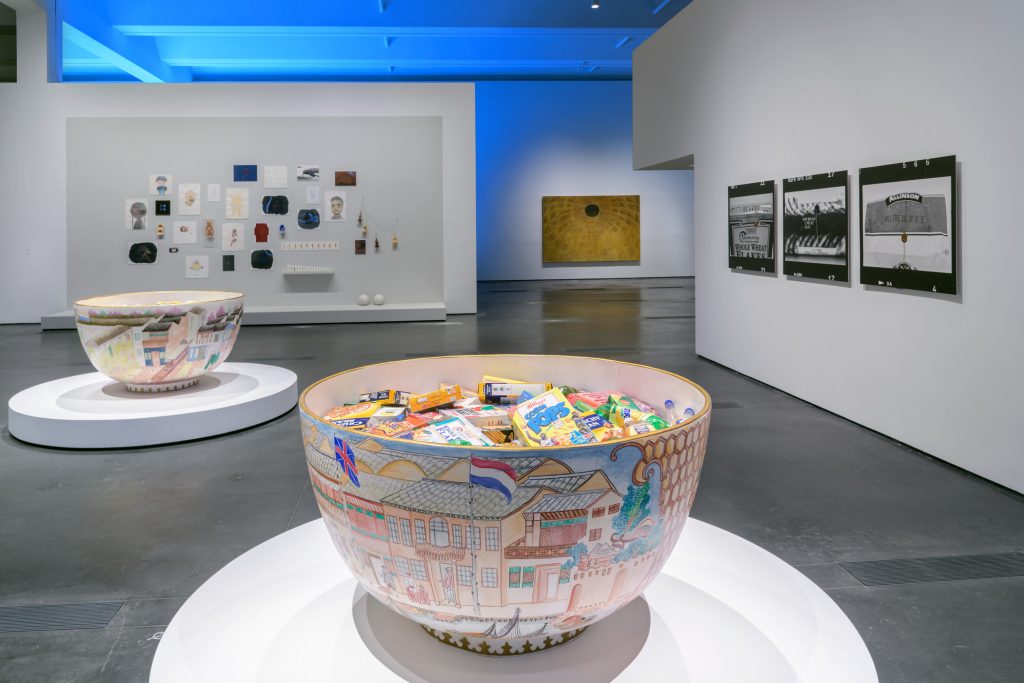 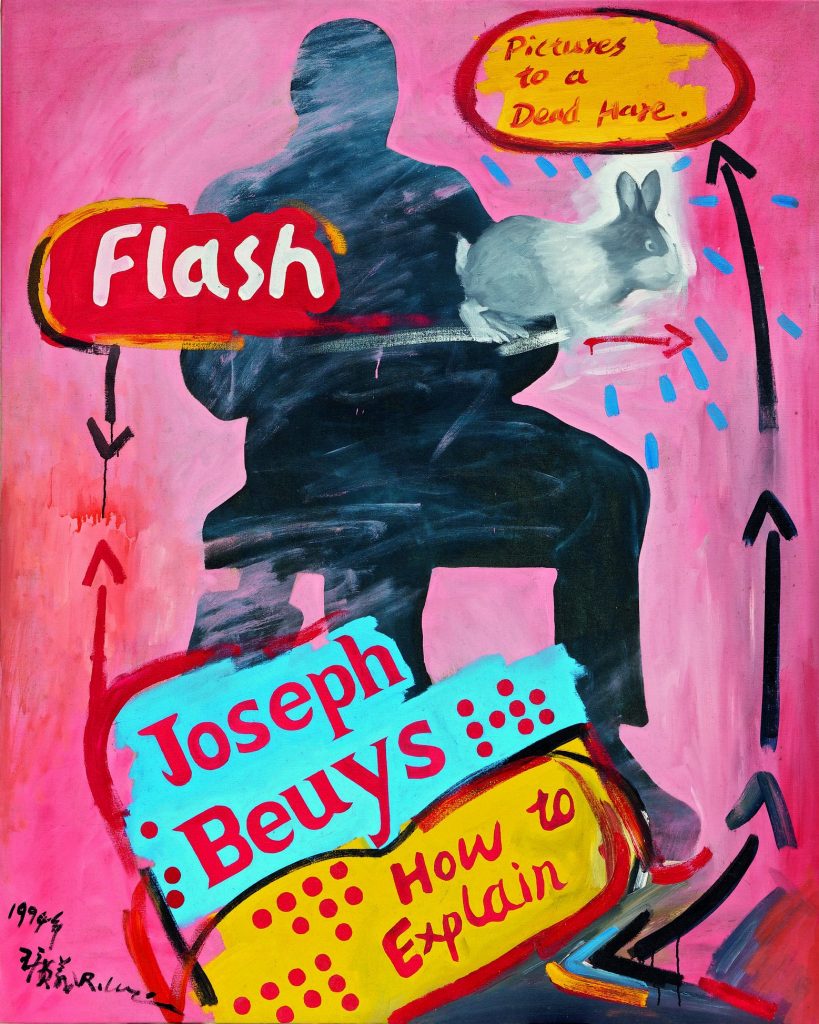 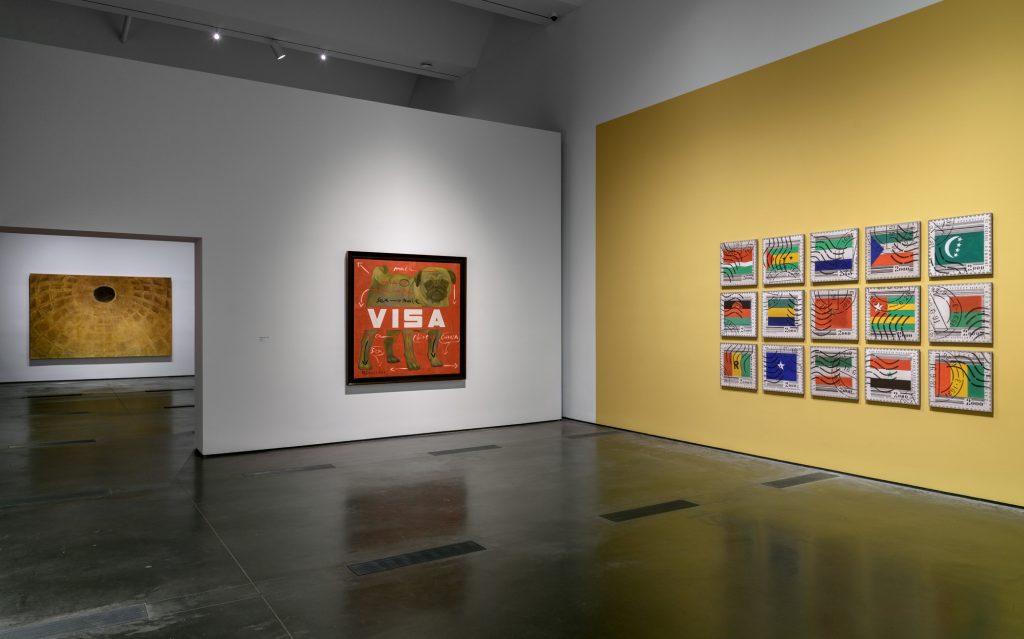 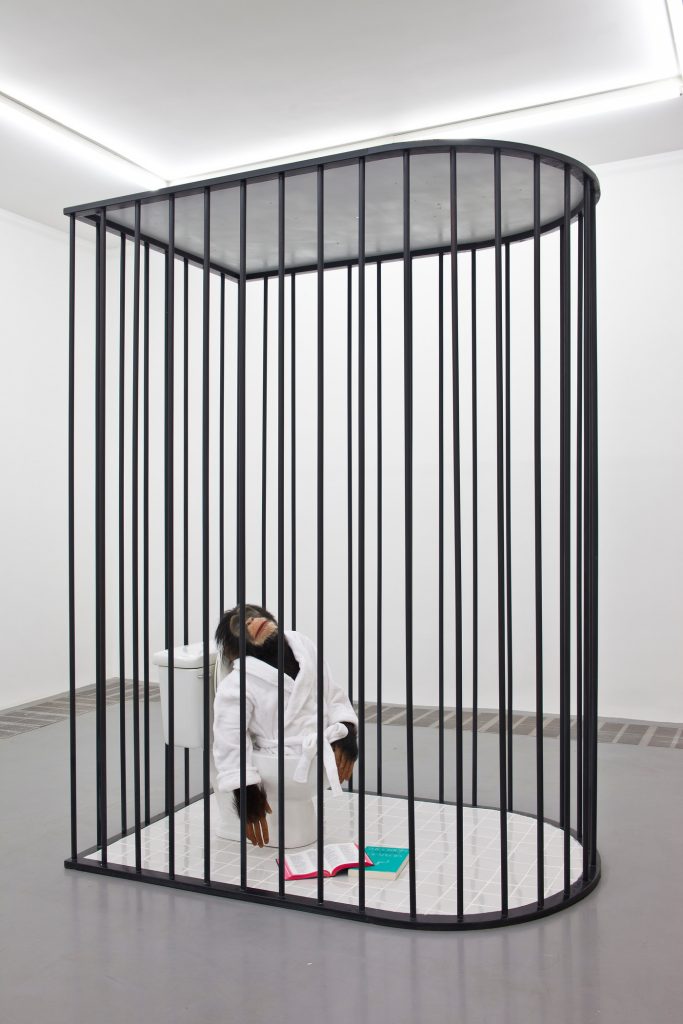 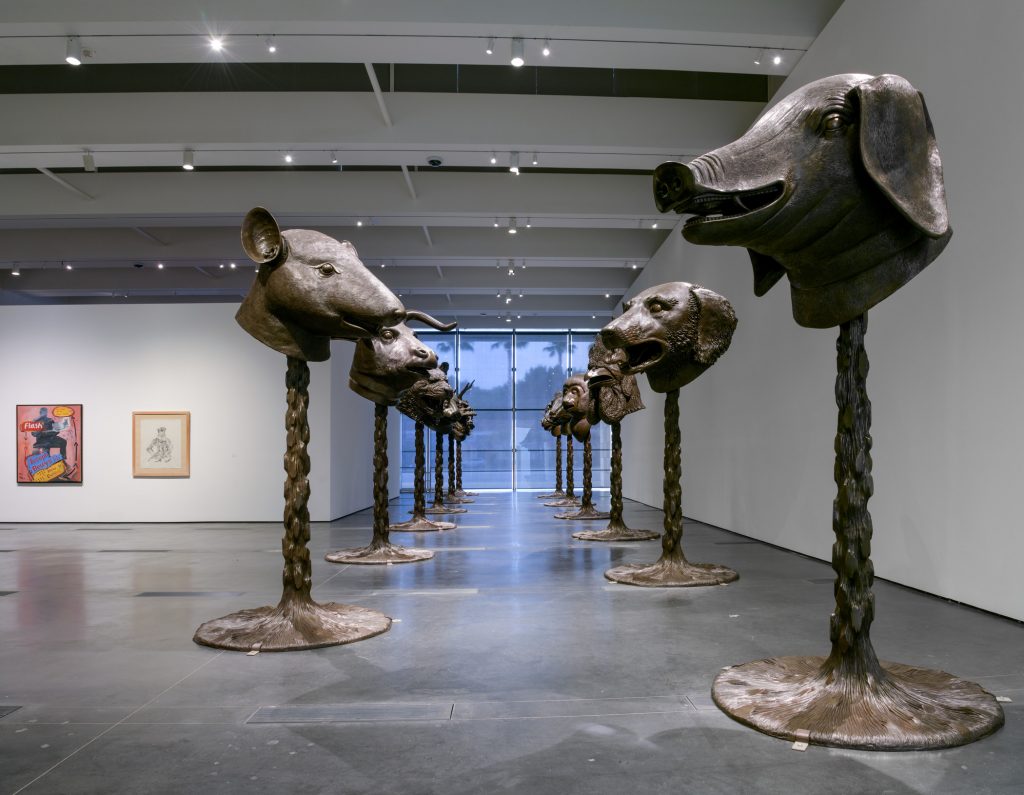 “Legacies of Exchange: Chinese Contemporary Art from the Yuz Foundation” is on view now through March 13, 2022 at the Los Angeles County Museum of Art.