Street artist Caledonia Curry, better known as Swoon, is famous for her massive block prints, which she’s pasted in cities around the world. But she’s recently shifted gears to focus on the mediums of filmmaking and painting—and it was a collaboration with musician Alicia Keys, who celebrates her 40th birthday today, that helped unlock this new avenue in Swoon’s career.

“I’ve always wanted to paint a portrait of Alicia,” Swoon told Midnight Publishing Group News. The artist met Keys and her husband, music producer Swizz Beatz, on the occasion of her 2014 exhibition at the Brooklyn Museum. The couple soon became avid collectors of Swoon’s work.

Last year, Keys approached Swoon about working together on the Amazon music ad for her new single “Underdog.”

By suggesting the collaboration, “Alicia was actually being a little bit of a disruptor on the ad campaign,” Swoon said. Fortunately, the marketing team liked the idea and agreed to feature Keys’s song against a backdrop of Swoon’s prints, specially animated for the occasion.

The artist took advantage of the opportunity to suggest she paint a portrait of Keys as well, with Amazon offering 100 prints of the image in a giveaway.

The result was the first full-scale painting—approximately eight by ten feet—Swoon had made since she was a teenager.

“I had been playing around with some really small portraits, just kind of feeling my way back into painting again,” Swoon said. “I was like, let me just let me just create a major work and try to bring in my entire language, but with painting.”

The change proved fortuitous for the artist, who went on create a new series of paintings for PBS’s “American Portrait” project, which also involves a mobile art component debuting in Brooklyn Bridge Park this weekend. 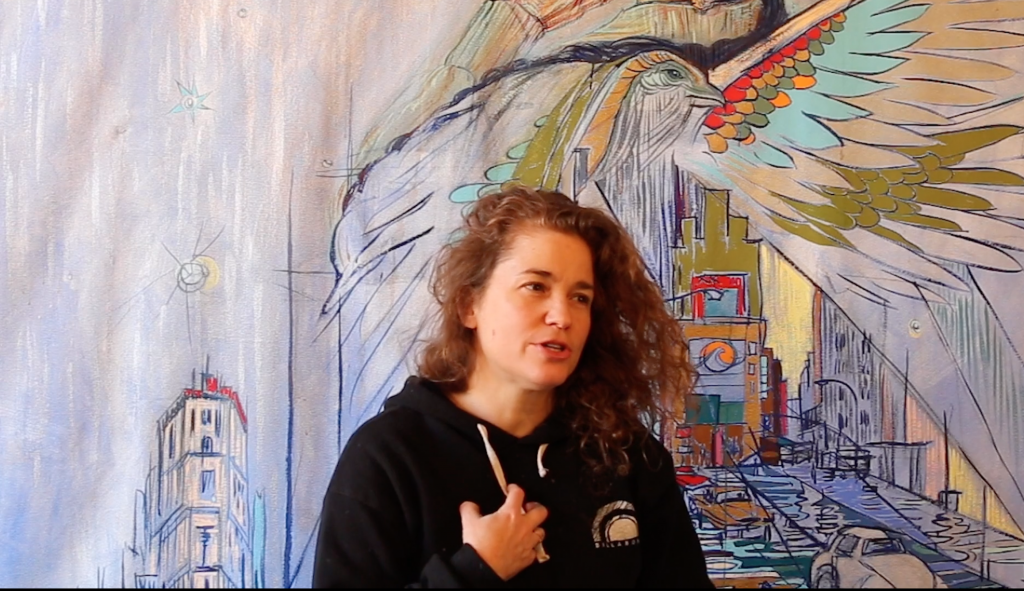 Swoon with her portrait of Alicia Keys. Photo by Zahra Sherzad.

“At first I was evolving by adding to my plate. And then I got to the point where I realized I need to take some of my most precious, most favorite things and set them down if I’m going to open up new chambers of my creativity,” Swoon said. “I had to stop doing block printing, stop doing street posts and like lay that whole practice down so that I could make room for filmmaking—I’m working on a feature film—and painting.”

Such moments of reinvention are always pressure filled, and Swoon had the added challenge of painting such a famous face. “When you’re making a portrait of someone who’s so well known, it’s a very unforgiving space to be working in, because everybody knows when you fuck up,” she said. “It’s a high-stakes portrait.” 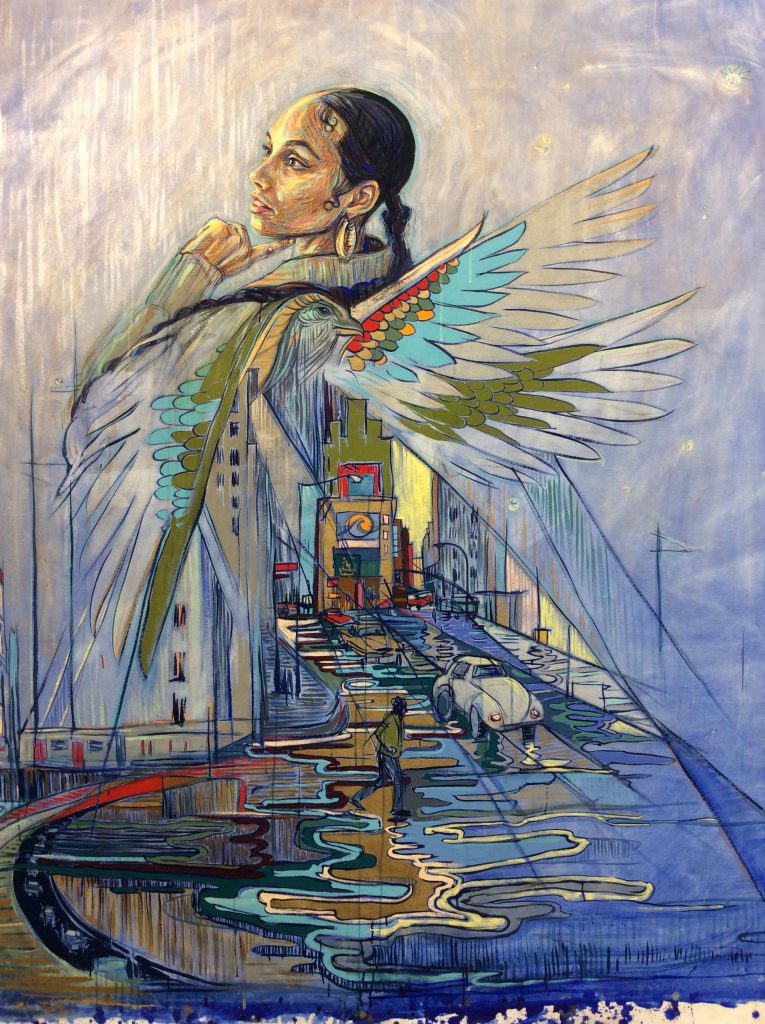 Swoon unveiled the portrait to Keys in a recently released video. “That’s crazy,” Keys exclaims. “This is so beautiful!”

To capture her subject, Swoon focused on immortalizing Keys’s powerful feminine spirit—in much the same way she has done for other, less-recognizable figures.

“It’s Alicia—she’s this creative force,” Swoon said. “She’s very much in the line of portraits of people realizing themselves, unfurling into themselves.”

See more photos of the portrait in process below. 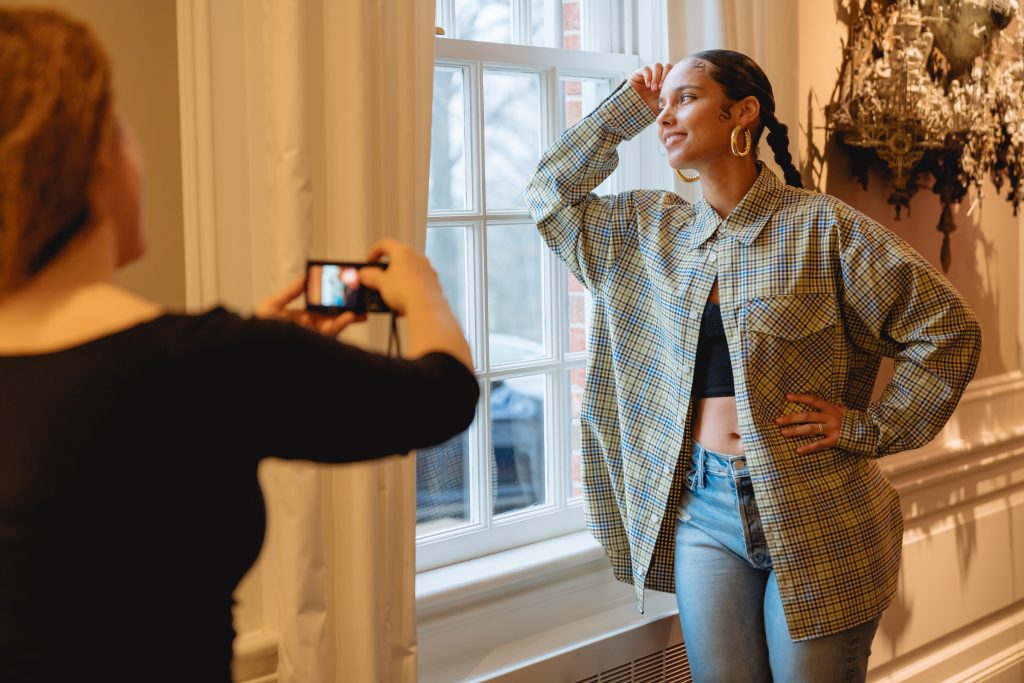 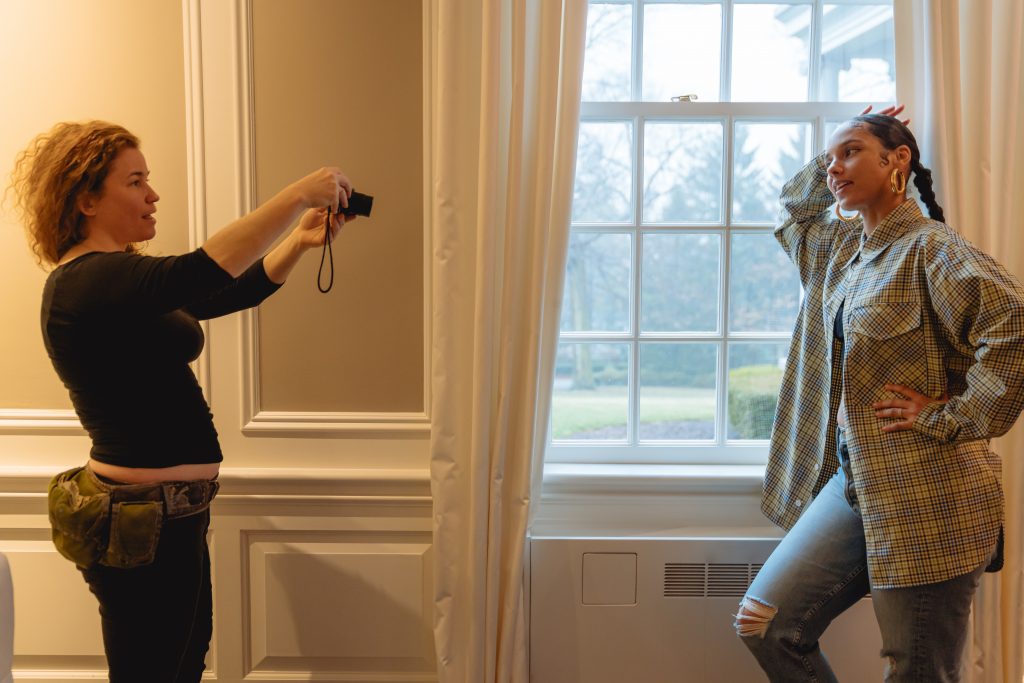 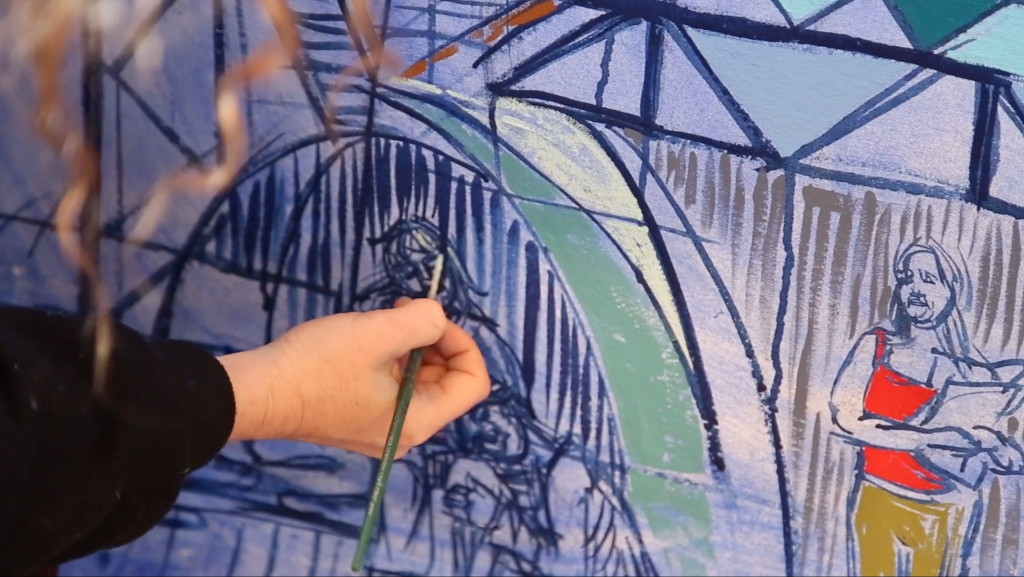 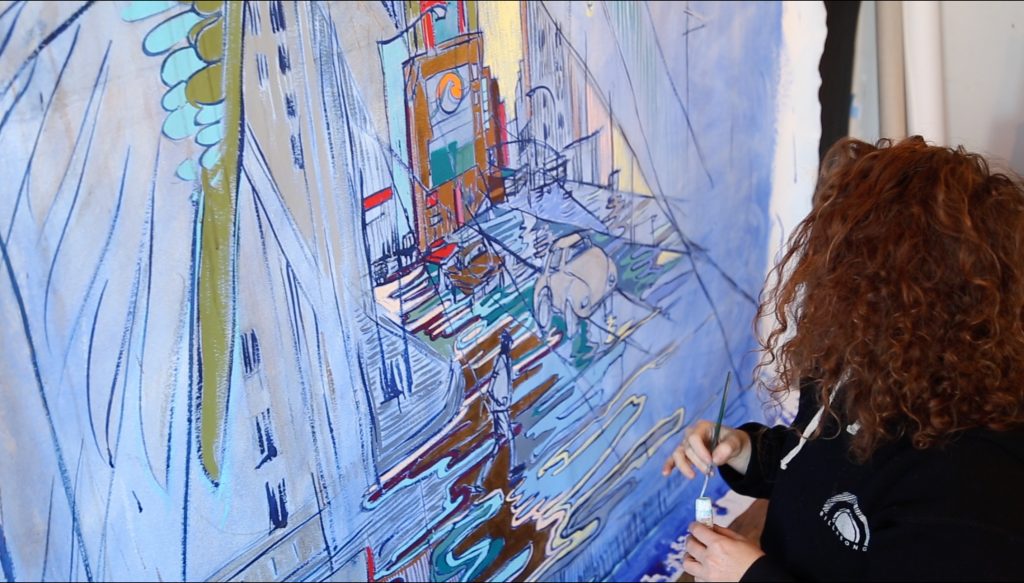 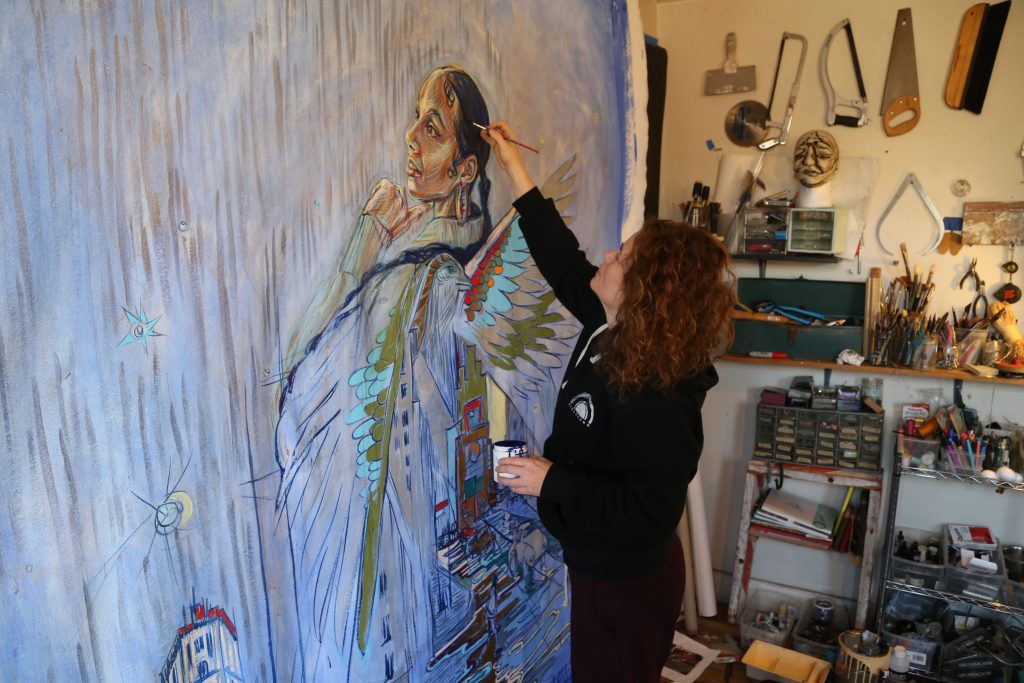 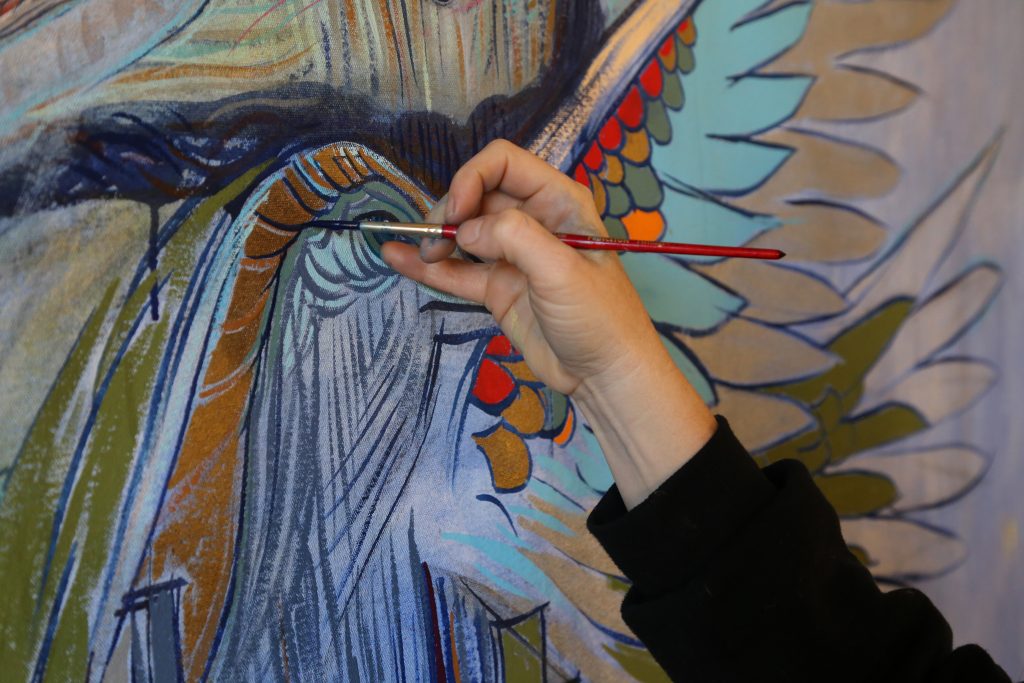