A freshman Republican lawmaker from Florida has accused the Smithsonian’s National Museum of African American History and Culture of bias and dishonesty in the way it presents the story of Justice Clarence Thomas in a display about the Supreme Court.

In 2017, the museum added the display, which presents information on Thomas and Justice Thurgood Marshall, the first Black Supreme Court Justice. It includes a photo of Thomas as a college student, a photo of him assuming his position at the court in 1991, and a copy of Jet magazine featuring him on the cover. A display text gives a biography of Thomas and compares the two men’s judicial philosophies, explaining that Thomas identifies himself as an advocate for “judicial restraint,” and for the “original intent” of the writers of the Constitution.

Representative Byron Donalds, who is Black, authored a letter complaining that the museum’s treatment of Thomas, the second African American to serve on the nation’s highest court, “falls short.” 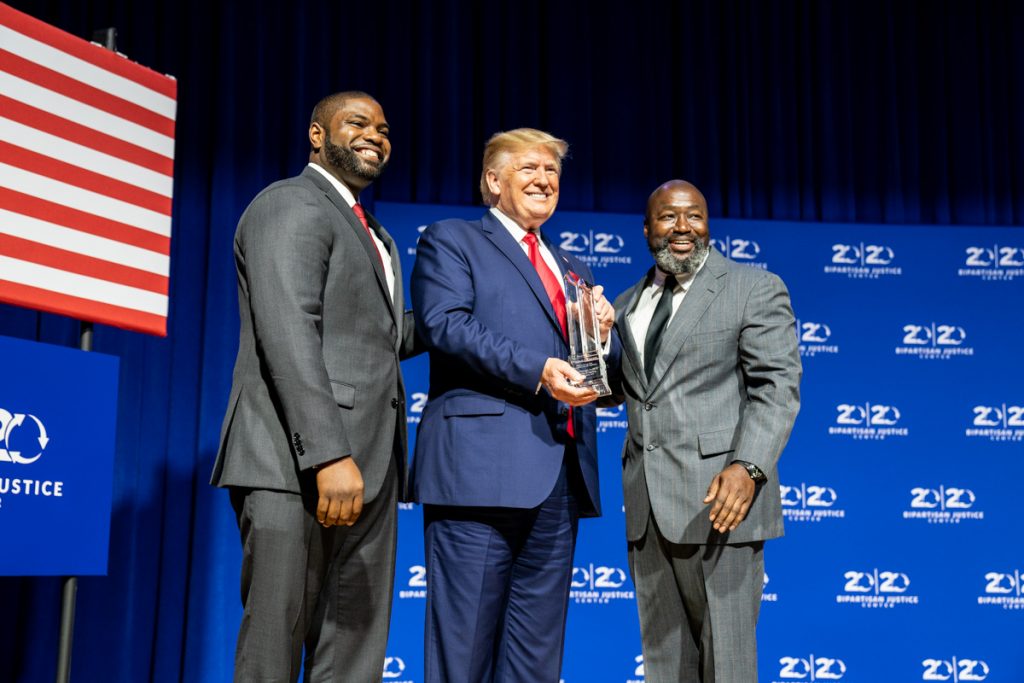 President Donald J. Trump is presented with an award by Florida State Rep. Byron Donalds, left, and Matthew Charles, one of the first inmates to benefit from the First Step Act of 2018, at Benedict College in Columbia, South Carolina. Official White House photo by Shealah Craighead.

“Black history cannot and should not be political,” reads the letter, which was also signed by South Carolina Senator Tim Scott, Utah Representative Burgess Owens, and other prominent conservative leaders.

Addressing the museum’s director, Kevin Young, who assumed the position this year, and advisory council chair Kenneth Irvine Chenault, the lawmakers acknowledge that the museum largely fulfills its mission but note that, “It is unfortunate to see pitfalls likely driven by irresponsible bias.” The museum must present Thomas’s whole life and history, they conclude, “and not the disingenuous effort displayed today.”

Young declined an interview, but the museum sent a statement: “While all our exhibitions are based on rigorous research, they are still open to interpretation,” it reads. “Through scholarship, publications, and education, the museum will continue to explore the rich contributions and complexity of African Americans.”

Representative Donalds’s office did not respond to a request for comment.

Supporters of Thomas were outraged when the museum opened, in 2016, including a mention of the Justice only in connection with Anita Hill’s sexual harassment accusation during his confirmation hearing in 1991, which he notoriously described as “a high-tech lynching.” 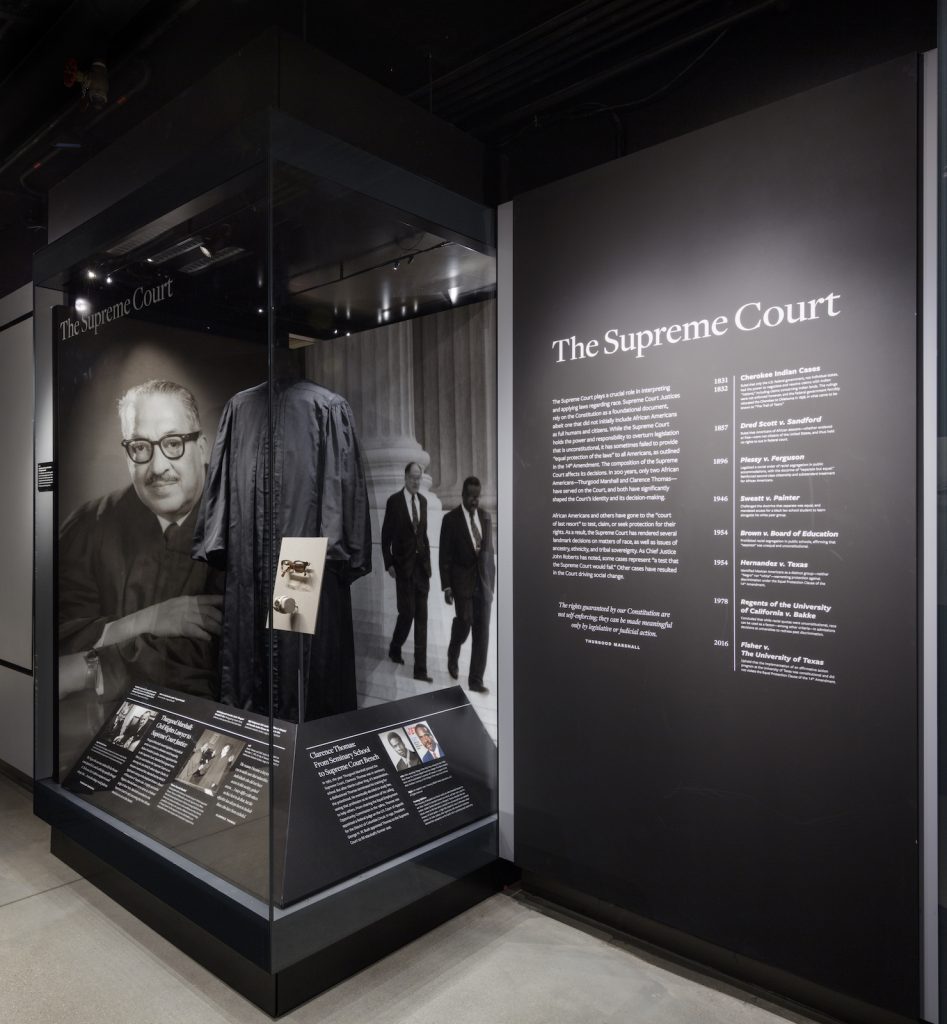 Installation at the National Museum of African American History and Culture.

In 2019, in the context of “rumors” about his retirement, Thomas incorrectly criticized the museum’s display, saying that it misrepresented the inspiration for his beliefs about affirmative action, which he opposes. While noting that he’d never been to the museum, he said that a group of students had told him that the display attributes those beliefs to his childhood educational experiences.

In fact, the display correctly states that his beliefs came about in connection to his law school education. However, he again condemned the museum’s portrayal of him, which he had not seen but had only heard about and which was still factually correct.