Rainstorms in Greece Helped Archaeologists Uncover a 3,000-Year-Old Bronze Idol of a Bull That May Have Been an Offering to Zeus

The Greek culture ministry announced the remarkable find on March 19, calling it an “accidental” discovery that occurred while archaeologists were surveying the site, where the ancient Olympic Games were held.

The small sculpture, measuring about two inches in length, was found by Zacharoula Leventouris, an archaeologist who saw “one of its horns protruded from the ground,” according to the ministry. The object was later taken to a laboratory, where conservators have been studying it more thoroughly. 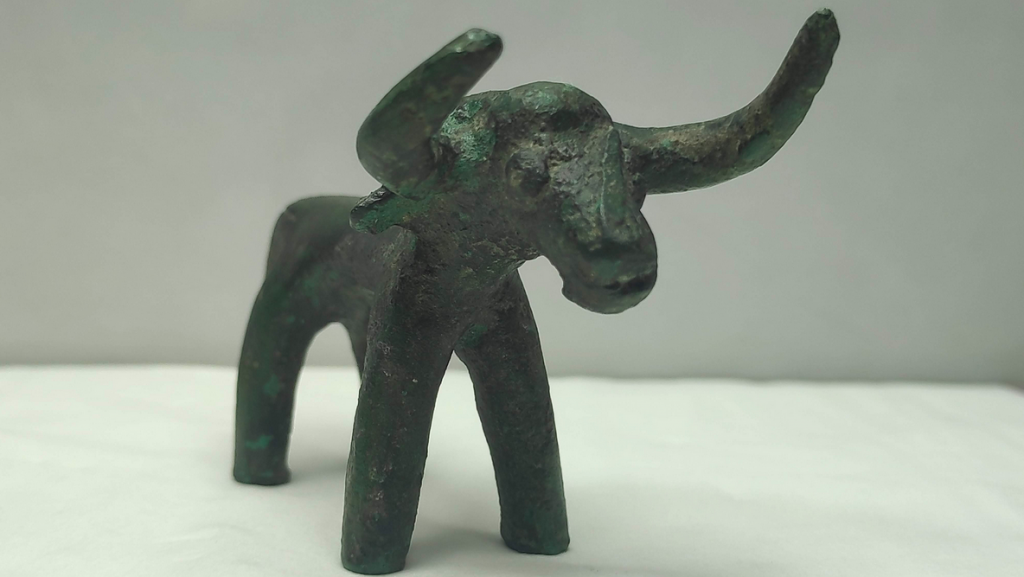 Preliminary results indicate that the bronze sculpture dates to the Geometric period of Greek art, from around 1050–700 BCE, and would have been presented as an offering to Zeus along with thousands of other votive offerings at a sanctuary. The sculpture was uncovered near the Altis, the sacred grove of Zeus, according to the Guardian.

Bulls and horses were important animals in Ancient Greece, as they “acquired a special role in the worship of the gods of antiquity,” according to the Greek ministry.

In Greek mythology, Zeus was enamored with a woman named Europa, and transformed himself into a bull and took her to the island of Crete, where she bore his sons.

Other symbols associated with Zeus include oak trees, thunderbolts, and eagles.