In Los Angeles, photographer and artist Paul Mpagi Sepuya is pitching in to help save a beloved LGBTQ+ bar.

Akbar, in Silver Lake, has been around since 1994 but, like many businesses, has been shuttered since March. In December, owners Peter Alexander and Scott Craig asked for help via GoFundMe.

“Hundreds of queer businesses are closing,” they wrote. “How many of those queer business will be reborn as queer when the pandemic is over? Community matters, safe space matters.”

Their community seemed to agree. A wave of small donations helped Akbar meet its initial $150,000 target in a matter of days, calling attention to the powerful role it has played as a gathering space. “It’s not just a place to drink alcohol,” Linda Santiman, who met her wife Michelle on the Akbar dance floor, told NBC News at the time. “We need our neighborhood spaces.”

But Los Angeles is now the most active hotspot for the coronavirus in the United States, and lockdown will likely drag on for months more. At the end of last month, Akbar upped its fundraising target to $250,000 to help pay staff and keep up with its mortgage and other expenses through 2021. Sepuya, an Akbar regular, is lending a hand.

The artist’s work, which has been featured at the most recent Whitney Biennial, among other prominent exhibitions, is a particularly good fit. He’s known for set-up photographs that directly address community and queer intimacy, capturing moments of collaboration with his subjects in his studio.

“The spirit of this print edition is that of a gift to say thank you to donors, to encourage giving, and, for me, as a way to give back to the community that has formed through Akbar,” Sepuya said in a statement about the Artists for Akbar fundraiser. 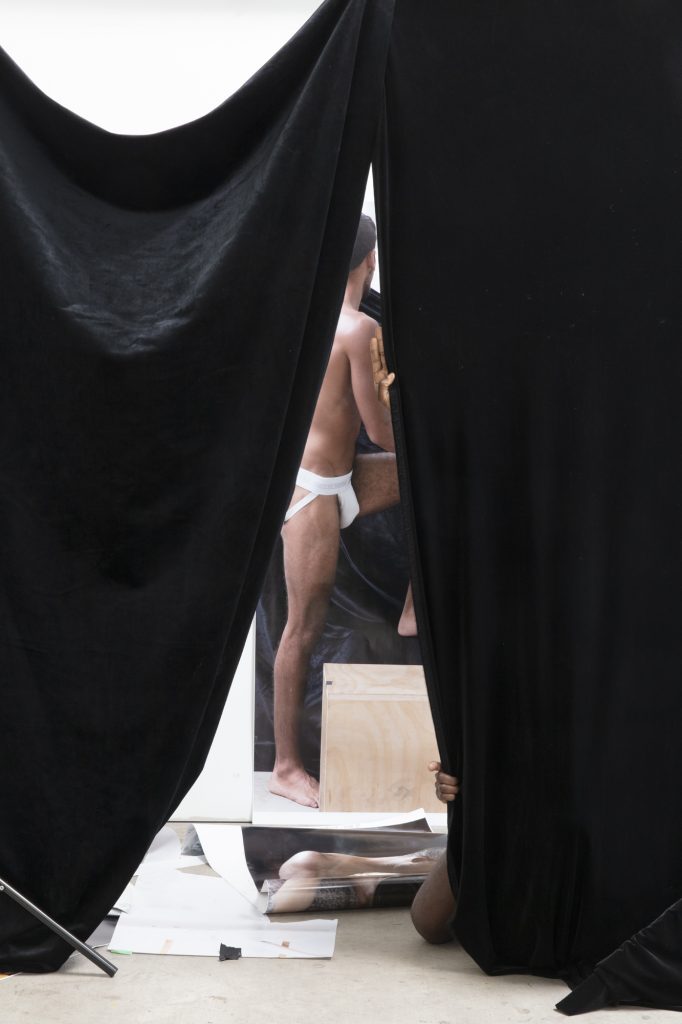 The work, Drop Scene Study (0X5A1118), is being offered in the form of an open edition print through January 31. Supporters can make a donation of $250 (or more) to Akbar’s GoFundMe and then send the receipt to artists[at]saveakbar.com. Prints will be shipped in February.

After experiencing the unexpected wave of generosity, Alexander and Craig, the owners, have decided to pay it forward by giving 20 percent of the new funds to the [email protected] Coalition, a nationally recognized nonprofit that provides support for transgender, gender-nonconforming, and intersex immigrant women.

A few days ago, Eater LA published a piece titled “LA’s Historic and Vital Queer Nightlife Community Is Disappearing Due to Coronavirus.” Illustrating the breadth of the need in the face of the current moment, Sepuya expanded the support he was offering to include New Jalisco Bar, another LA hub for queer nightlife.

New Jalisco is trying to raise $80,000 to avoid eviction. Sepuya is offering the same print for those who give a $250 donation to New Jalisco’s GoFundMe and forward the receipt to solidarity[at]paulsepuya.com.