Timothy Rub, the director and chief executive of the Philadelphia Museum of Art, has announced that he will retire from his position early next year.

“It has been a great honor to serve as the director of one of this country’s finest art museums, and to play a role in strengthening its collections and programs as well as renewing our landmark main building to make it ready for another century of service to the community,” he said in a surprise statement to the museum’s staff and board of trustees on Friday.

The director’s last days atop the museum will come in January 2022. After that, he will stay on as a consultant until a new director has been put in place. (Rub will also serve as chief curator of the museum’s upcoming Sean Scully survey, set to open in April of next year.)

The board has already commenced a search for Rub’s successor, according to the museum.

Rub, who previously served as director of the Cleveland Museum of Art, where he led a $350 million expansion, came to the Philadelphia Museum in 2009, following the death of previous director Anne d’Harnoncourt. In doing so, he inherited his predecessor’s own ambitious, $500 million renovation plan, put in place years before.

In total, Rub, 69, has been with the museum for 13 years. But his tenure may well be remembered for the last two—a period of highs and lows at the institution marked by sexual harassment scandals, staff cuts, a contentious unionization effort, and the completion of a monumental Frank Gehry-designed expansion project.

The “core” phase of that project, a $233 million overhaul of the museum’s entrances and interior spaces, was unveiled this spring. It came at a time when the museum was in need of some positive press. 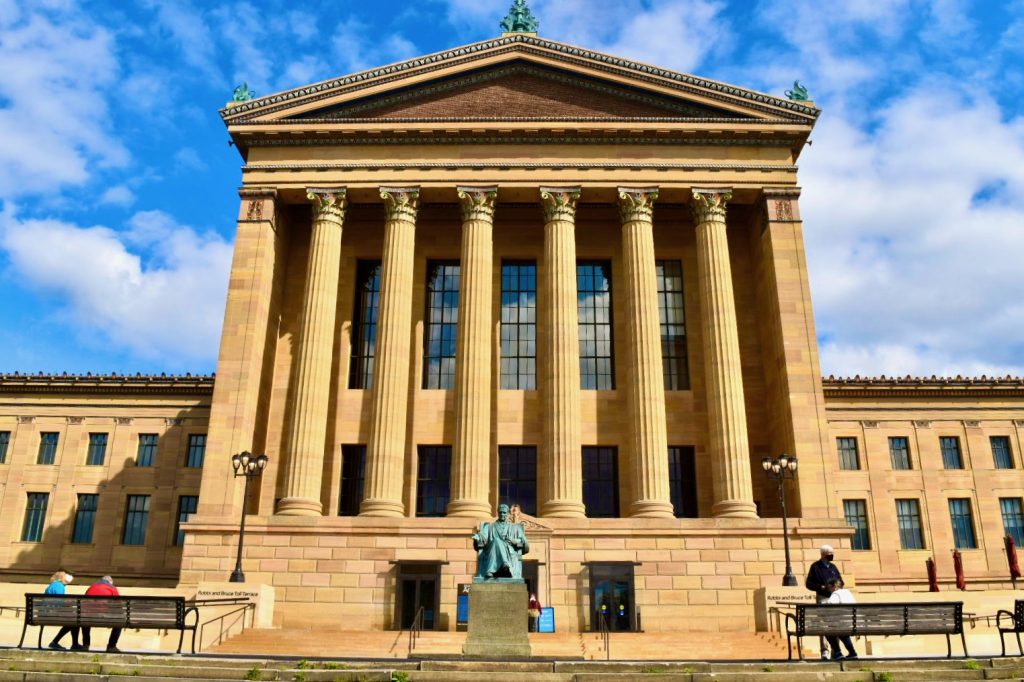 Exterior of the Philadelphia Museum of Art. Photo by Ben Davis.

Just over a year prior, in January 2020, an investigative report published in the New York Times found that Joshua Helmer, a former assistant director for interpretation at the Philadelphia Museum of Art, had been accused of sexual harassment by at least three female employees between 2016 and 2018, when he resigned for reasons that have not been made public.

Helmer went on to become the director of the Erie Art Museum, where additional harassment allegations came to light. He was pushed out of his role after the release of the Times report.

The following month, the Philadelphia Museum of Art came under fire again, this time for allegedly protecting a retail employee who was accused of physically assaulting colleagues. And in May 2020, after workers at the museum launched a campaign to unionize, the institution responded by hiring an infamous union-busting law firm for the negotiations.

The staff was ultimately successful in its effort, voting in August to form the first wall-to-wall museum union in the country. The decision came just two days after the Philadelphia institution downsized its staff by 23 percent, laying off more than 80 employees and reaching a separation agreement with 42 others.

“If I had to turn back the clock, I would have also recognized sooner that we needed to focus at the same time—and with equal vigor—on the museum’s internal culture,” Rub told the New York Times last week, on the occasion of his retirement announcement. “We’re doing that work now, and the museum will be better off for it.”