After 11 days of violence, Hamas and Israel announced a ceasefire early Friday morning. It was the worst bout of fighting in Israel, the West Bank, and Gaza in seven years and one that shook every corner of the world.

Several months prior, Ramallah-based artist Khaled Jarrar began work on a series that he hoped would raise awareness of the 73-year issue of Palestinian occupation among the international community. To do that, he chose a medium very much in the news: NFTs.

Jarrar’s NFT, titled If I don’t steal your home someone else will steal it, launched on May 13, just as the Israel Defense Forces (IDF) began carrying out airstrikes in Gaza City, leaving around 119 dead.

The NFT is part of “State of Palestine,” a new blockchain project that sheds light on the confiscation of the lands of Palestine. Through the creation of an NFT, which has been minted and offered for sale via the Our Zora platform, Jarrar hopes to bring the issue of occupation to the crypto community and beyond.

“I used an NFT because it is the latest trend and I believe it will help bring awareness to the issues we Palestinians are facing now through art,” Jarrar said. 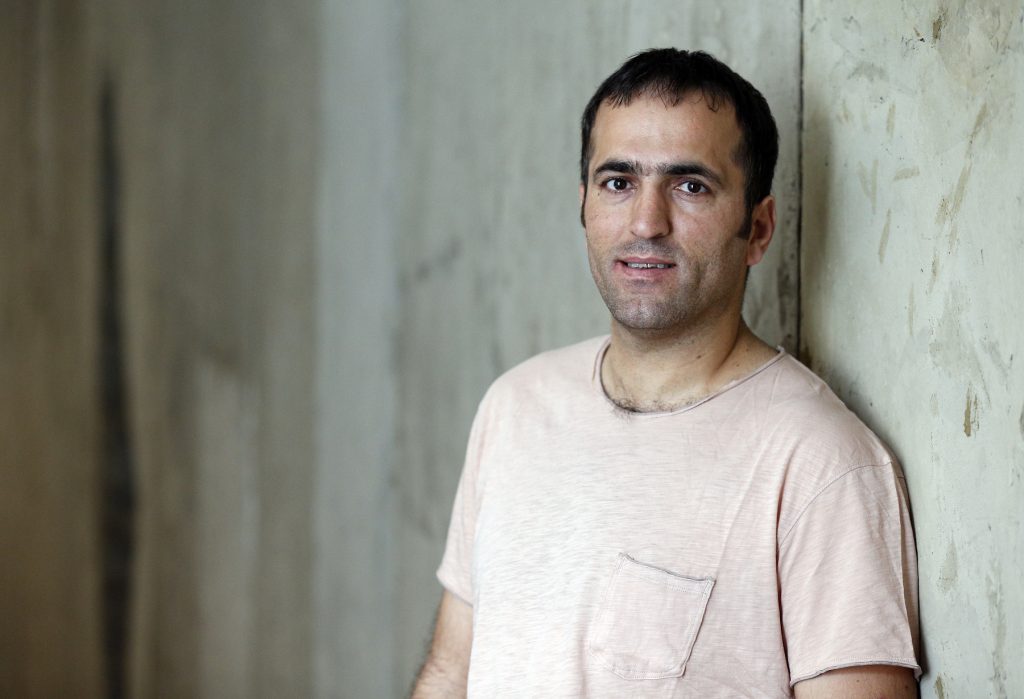 Artist Khaled Jarrar rests against an installation which forms part of his exhibition ‘Whole in the Wall’ at the Ayyam Gallery, New Bond Street, London. (Photo by Jonathan Brady/PA Images via Getty Images)

The idea for the project began several years ago. When Jarrar would go for daily walks in mountains near to his home in Ramallah, he would collect handfuls of soil. “This soil is our Palestinian land,” he said. “These lands are in danger of annexation, so I am taking earth from the land and putting them in jars to preserve a bit of the land—a bit of its memory before it is gone.”

This year, during the month of May, the artist walked from the village of Kaubar to gather the handful of dirt for the artwork. “I NFT the soil to mark the hypocrisy of Israeli occupation, the unending spectrum of social, economic, and ecological apartheid,” Jarrar said in a statement. “The project is borne from daily walks around mountains of the occupied Palestine, where Israeli settlers continue to grab land and prevent farmers and hikers from accessing what is rightfully, for centuries, been ours.”

Jarrar’s digital artwork reveals an animated image showing a valley in the West Bank that has been overtaken by Israeli settlement homes that digitally appear across the screen. The valley pictured is located between the villages of Kobar and Jibiya, which is controlled by Israeli settlers who moved from the nearby Israeli settlement of Halamish, also known as Neveh Tzuf, to live under the protection of the Israeli army.

The unique NFT, which is accompanied by a jar of Jarrar’s collected fertile soil from Palestine sent to the purchaser’s address, is created in conjunction with Strc prst skrz krk (SPSK), a blockchain-focused collective that aims to connect the disparate worlds of art to the crypto community in order to support difficult and challenging works of contemporary art.

Jarrar, now a full-time artist, was previously a presidential body guard under Yasser Arafat, chairman of the Palestine Liberation Organization (PLO) from 1969 to 2004. In 2002, Jarrar was shot in the leg by Israeli snipers during the invasion of Arafat’s compound. After he was injured, he turned to art as a way to bring more awareness regarding issues of freedom, identity, equality, and resistance in Palestine.

In 2014, his work was included in the New Museum show “Here and Elsewhere”—though Israeli authorities prevented him from traveling to the United States at the time. In 2018, he came to New York to sell vials of his own blood outside the New York Stock Exchange. 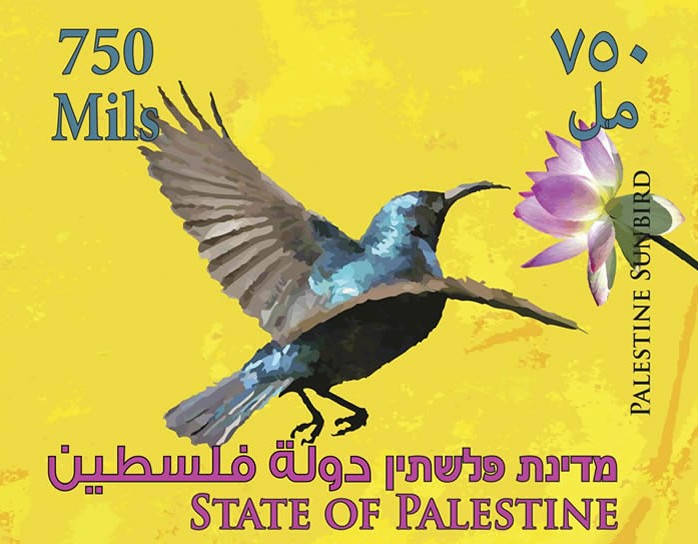 Khaled Jarrar’s stamp of the State of Palestine.

At the third edition of the Crypto and Digital Art Fair (CADAF) in Paris, which runs from June 17 through 23, SPSK will present State of Palestine Postage Stamp, a unique NFT edition of another Jarrar work, his “Palestinian Postal Stamp” series.

For the series, Jarrar utilized the postal service of various national governments to create the first stamp of the State of Palestine in 2010, two years before the U.N. recognized Palestine as a non-member observer state. While France rejected the stamp at the time, it has now reversed its decision and agreed to print a limited-edition run.

“The violence and censorship that has been forced upon us will not permit us from creating our art,” Jarrar said. “Art is the language that we are talking now.”