The Olympic Foundation for Culture and Heritage (OFCH) has unveiled plans for the inaugural Olympic Agora, an exhibition and series of art installations that celebrate the ideals and spirit of the games.

The project, on view in Tokyo from July 1 to August 15, is inspired by the public assembly spaces, or agoras, of Ancient Greece, according to a statement.

Viewers will be able to see artworks throughout Tokyo’s historic Nihonbashi district, including installations by Japanese artists Rinko Kawauchi and Makoto Tojiki and exhibitions of works by six Olympian and Paralympian artists-in-residence.

Another highlight will be a life-size commission by French artist Xavier Veilhan, who represented France at the 2017 Venice Biennale, that depicts five people of various ages, genders, and nationalities gathered in sport spectatorship.

Titled The Audience, it will become a permanent installation after its unveiling on June 30. 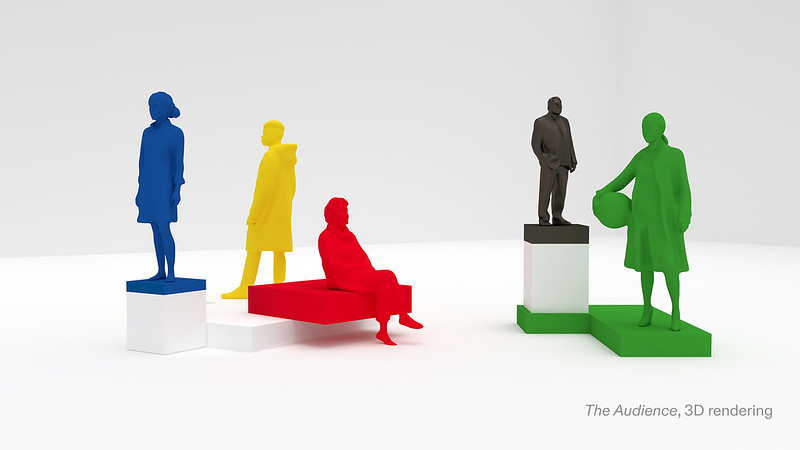 The project also includes a multimedia installation by Montreal-based studio Moment Factory, and an exhibition of treasures from the Olympic Museum’s permanent collection in Lausanne, Switzerland.

Onsite installations will be complemented by a digital program, including virtual exhibitions and artist talks on the Olympic Agora website and the Olympic Museum’s social media channels.

In keeping with public health restrictions, visitor levels to in-person events will be limited and strictly controlled, organizers said.

The agora will serve as “a hub for the cultivation, exploration and promotion of the Olympic values,” said OFCH director Angelita Teo.

“In this unprecedented moment, the Olympic Agora is a symbol of determination, overcoming challenges, and international cooperation; of the power of sport and art to carry us in times of crisis.”