If You Had $300,000, Would You Buy a Winston Churchill Painting or a Banksy Screenprint? We Asked an Expert to Choose


Should a single Damien Hirst painting cost more than an entire Old Masters sale? Should Adrian Ghenie’s auction record stand higher than Frida Kahlo’s? The strange, fickle, mostly subjective nature of art valuation is one of the industry’s most enduring enigmas (and sources of complaint). To analyze what’s behind some of the confounding prices in the art market, we ask experts in our series “This or That” to compare two very different works of art offered at comparable prices.

With the London auction season upon us, we spoke with Nazy Vassegh, an art advisor and founder of the city’s Eye of the Collector fair, about which of two offerings from the upcoming sales she’d buy: Winston Churchill’s View in the Italian Alps (ca. 1934), a painting by the former British prime minister estimated at £200,000 to £300,000 ($279,000 to $418,000) at Sotheby’s, or the screenprint Nola AP (Green to Blue Rain) (2008) by Banksy, another British artist whose work marks moments of political upheaval in world history, albeit in a very different way, offered for the same price at Christie’s.

Here’s what she said.

This or that: If I were buying for myself, or for one of my more contemporary collectors, I would buy the Banksy. I believe Banksy is the artist of our time. He’s a visual spokesman for the persecuted, the dispossessed, and the underrepresented. This particular picture, Nola, is about Hurricane Katrina and its long-term impact, and how the vulnerable parts of the community were betrayed. He signifies this very cleverly by the use of children. It’s very, very poignant. 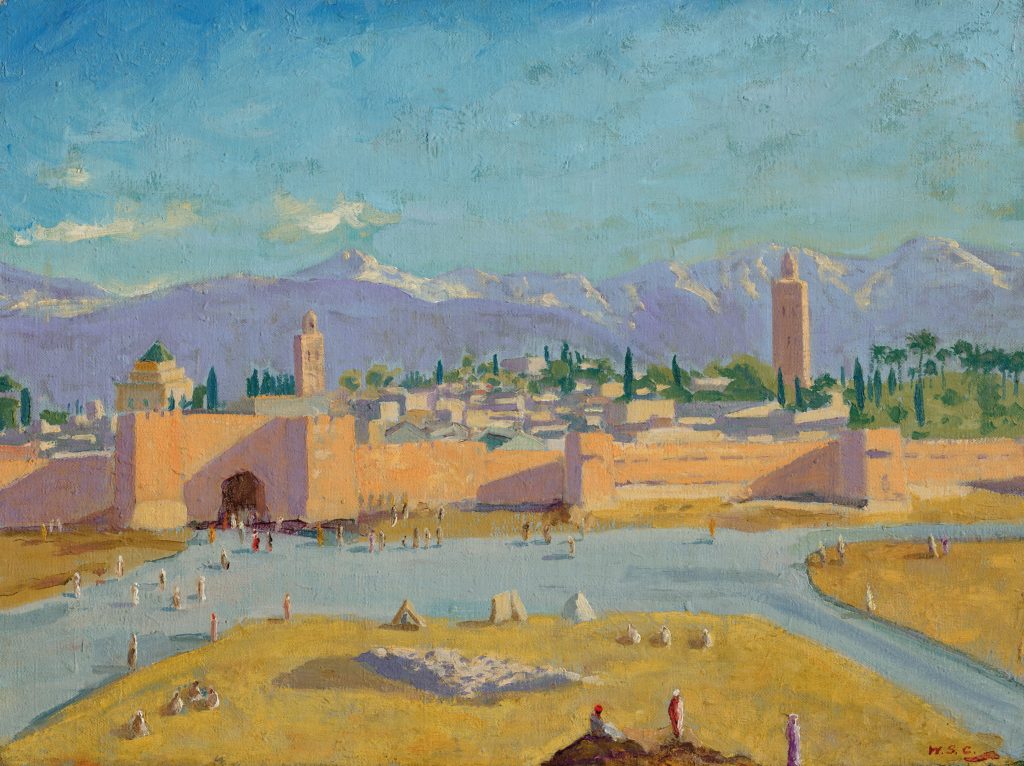 On aesthetic considerations: Until very recently, Churchill’s art was considered almost a novelty. It was more about Winston Churchill than about his skill as a painter or artist, and you have to ask the question, do people buy Churchill for his art or because they love Winston Churchill? Equally, you might say, do people buy Bansky because of the works? I mean his are not works of contemplative beauty.

If you think of the creative skill of the two artists, one you look at in the traditional sense—you judge it by the technique and colors and subject matter; the other is stencils, screenprint, and protest art. Banksy’s is cynical, yet hopeful; moral and yet authentic, whereas the work by Churchill, you look at it and think, is this a work of beauty? What elements of this painting appeal to me? Obviously in the background you have the fact that it was from a private collection, it was painted in the 1930s, and it is by Winston Churchill.

Churchill’s paintings all have a story behind them. On his travels he painted, and there are many famous artists throughout history who painted on their travels, so there’s this sort of romanticized element. It’s definitely not an art with a cause, like Banksy’s, but it is unique and a journal of his travels. 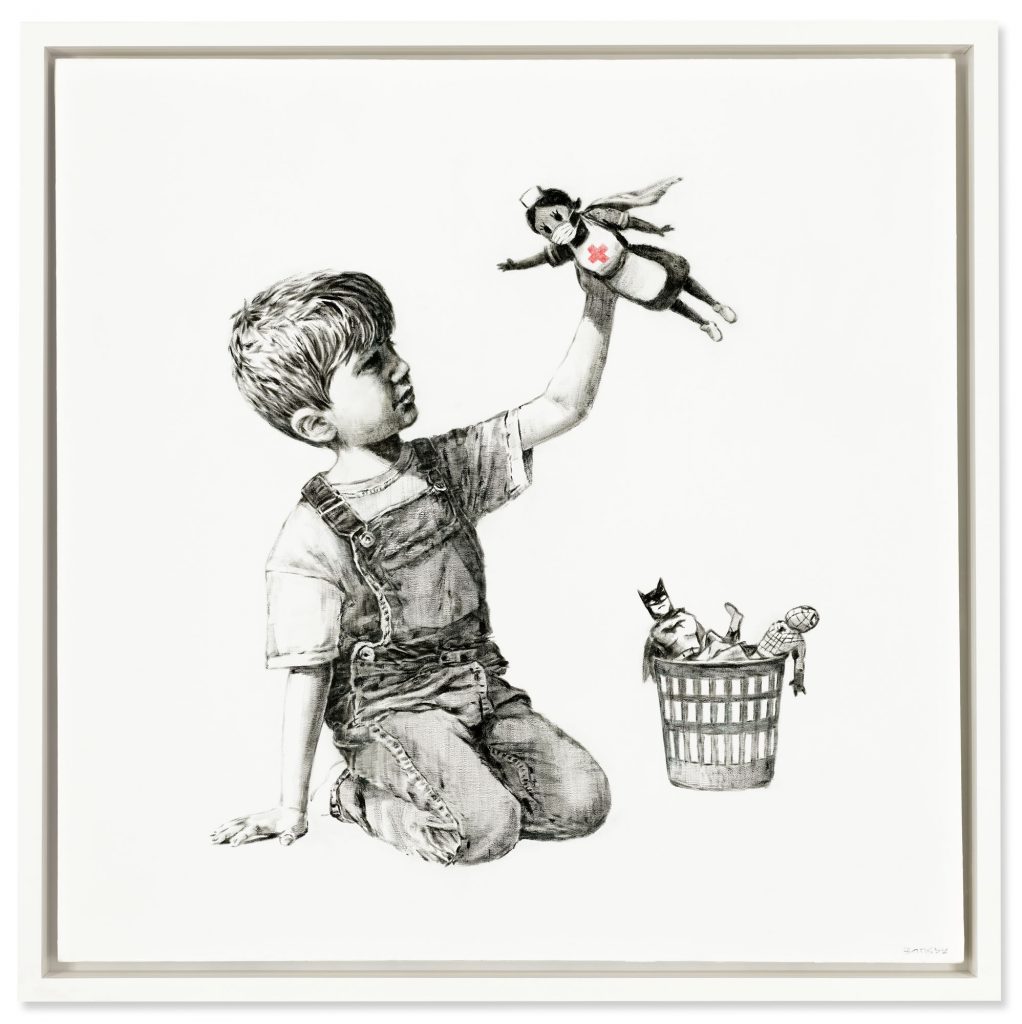 On investment considerations: With regards to Banksy, the prices are already high and active and you do have to think, how much more can they go up? But then you get something like his painting Game Changer (2020) coming along—such a powerful work—which suddenly fetches £16.8 million with premium ($23.1 million) and you go, OK, there’s so much more. It’s complicated because the fact that his images initially appear in situ puts a context to them and I don’t think it’s a classic case of compare and contrast this work against that work.

The highest price Churchill has ever achieved was for his Tower of the Koutoubia Mosque, which is in Marrakesh, and it was estimated at £1.5 million to £2.5 million, which is already very strong, and it went for £8.3 million (including premium). So this one coming to auction is £200,000 to £300,000 I guess because it’s just a picture of the Italian alps, not a famous monument or site. But it was painted in 1934 and it’s got good, fresh provenance coming from a private collection.

If I were buying for one of my more traditional collectors, I’d probably look at the Churchill very carefully. Even though he’s only recently been reevaluated as an artist, rather than a politician, the work is unique by virtue of the fact he died in 1965—there’s a seriously limited supply. And he was a prime minister of Great Britain and one of most famous politicians of the 20th century.