For Six Years, Experts Have Been Repairing the Iraq Museum That ISIS Sought to Destroy. Here’s a Look Inside


Six years ago last week, the world watched in horror as ISIS forces took sledgehammers to archaeological treasures at Iraq’s Mosul Cultural Museum, smashing historic Assyrian sculptures to smithereens. The destruction was part of a campaign to erase the nation’s pre-Islamic cultural heritage, and was decried by the UN as a war crime.

Iraqi troops recaptured the museum over two years later, unveiling the full extent of the destruction for the first time.

“I remember my first time there,” Richard Kurin, an ambassador-at-large for the Smithsonian Institution in Washington, DC, told Midnight Publishing Group News. “It was a total war zone.” He was among the first to visit the museum after the occupation ended. 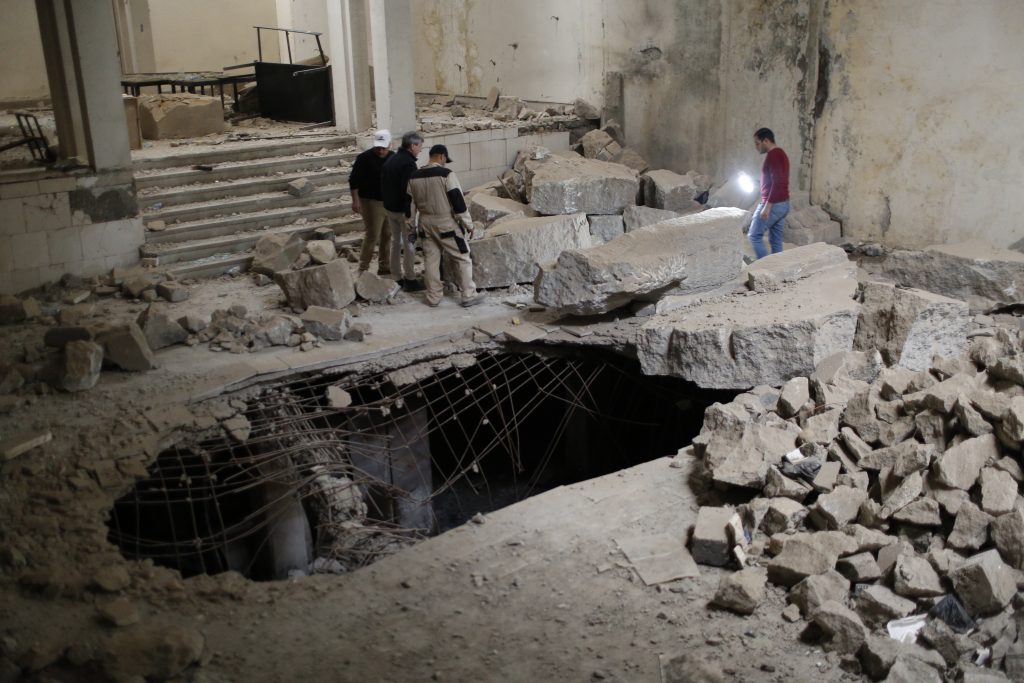 A joint Iraqi-Smithsonian team works to document the damage in the Mosul Cultural Museum’s Assyrian Hall in February 2019. Photo courtesy of the Smithsonian Institution.

In addition to missing artifacts, some 25,000 volumes from the museum library had been burned and the buildings themselves had suffered considerable damage, most notably an 18-foot-long hole in the floor of the Assyrian hall, caused by a bomb. In minutes, ISIS had wrought destruction that would take years to repair.

The Smithsonian recently shared the progress it has made as part of an international consortium formed in June 2018 to access the damage to the museum, conduct emergency repairs, and undertake the extensive preservation work needed to one day reopen to the public. The institution’s efforts to help rebuild the museum’s shattered collection were an extension of its work since 2009 with the Iraqi Institute for the Conservation of Antiquities and Heritage in Erbil.

Before deploying to Iraq for the first time, Kurin and other Smithsonian staff on the project—there is a core team of about six or seven—actually trained with ex-special forces at a faux-Iraqi village built in Maryland, undergoing simulated ambushes and kidnappings to prepare for possible attacks. 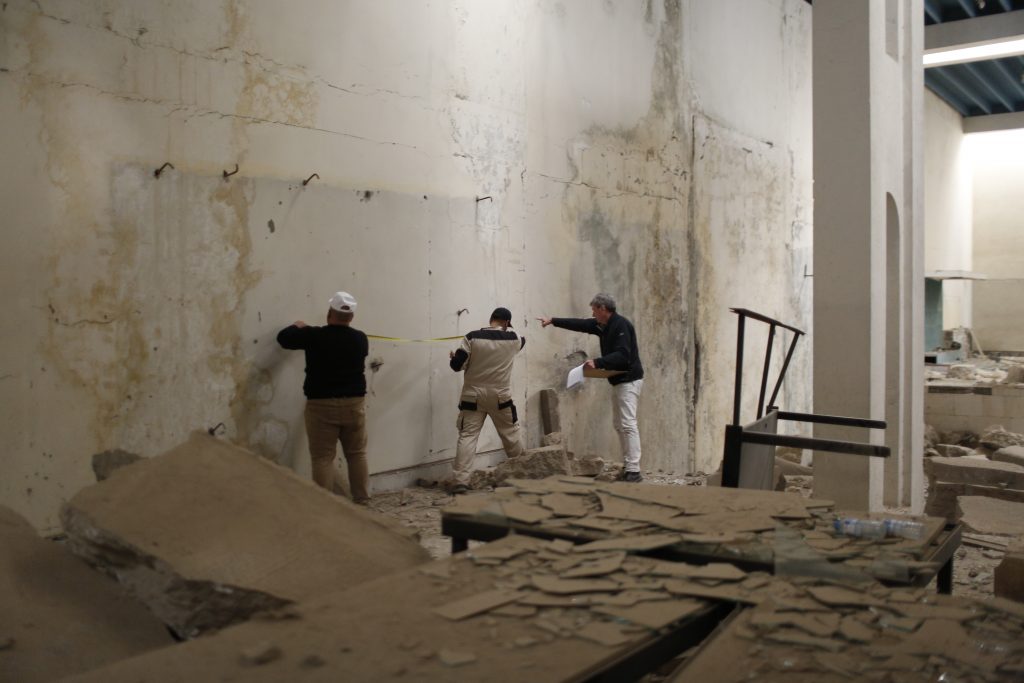 A joint Iraqi-Smithsonian team works to document the damage in the Mosul Cultural Museum’s Assyrian Hall in February 2019. Photo courtesy of the Smithsonian Institution.

“It’s a dangerous place,” said Kurin, who was 68 at the time. The work, he added, is “not usually what you expect as museum folks.”

Despite the risks, the need to rebuilt the Mosul Museum is understood by organizations the world over. Joining the Smithsonian in the rebuilding project are the Iraqi State Board of Antiquities and Heritage; the Musée du Louvre in Paris; the World Monuments Fund; and the International Alliance for the Protection of Heritage in Conflict Areas.

“This was a tremendous cultural catastrophe in an area of the word that’s considered one of the sources of civilization, for both East and West,” Kurin said. “ISIS did what it did not because the museum or other cultural sites had any military significance… ISIS was destroying the civic infrastructure, robbing people of their way of life.”

The restoration work began with documenting the damage and collecting evidence such as spent gun casings. The galleries were strewn with rubble—and caution tape. 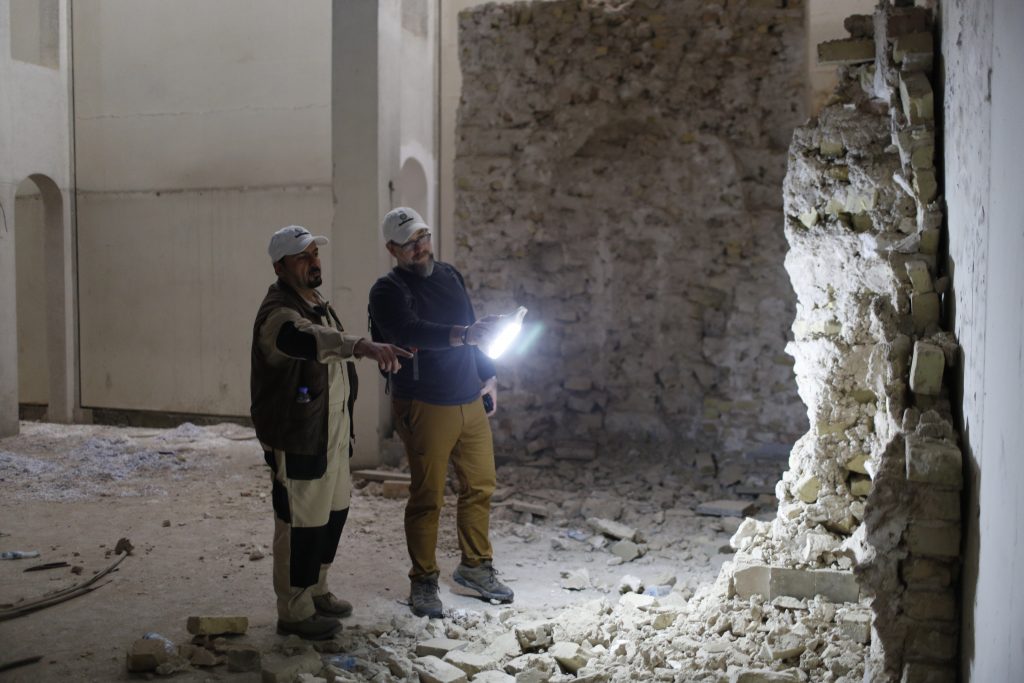 “Just imagine walking into a museum and looking at it like a crime scene,” Kurin said. (He has written about his experiences in Smithsonian Magazine.)

Years later, the state of the collection is still hard to assess. A full inventory has yet to be conducted to determine exactly what was destroyed or looted, as opposed to moved or hidden offsite ahead of the invasion.

“The staff squirreled away stuff,” Kurin said. “They took stuff across the river to Ninevah.” There, artifacts were subject to less-than-optimal conservation conditions—but spared the wrath of ISIS.

Through it all, the museum itself has remained structurally sound. The World Monuments Fund recently recovered the original plans for the main building to aid in rebuilding. 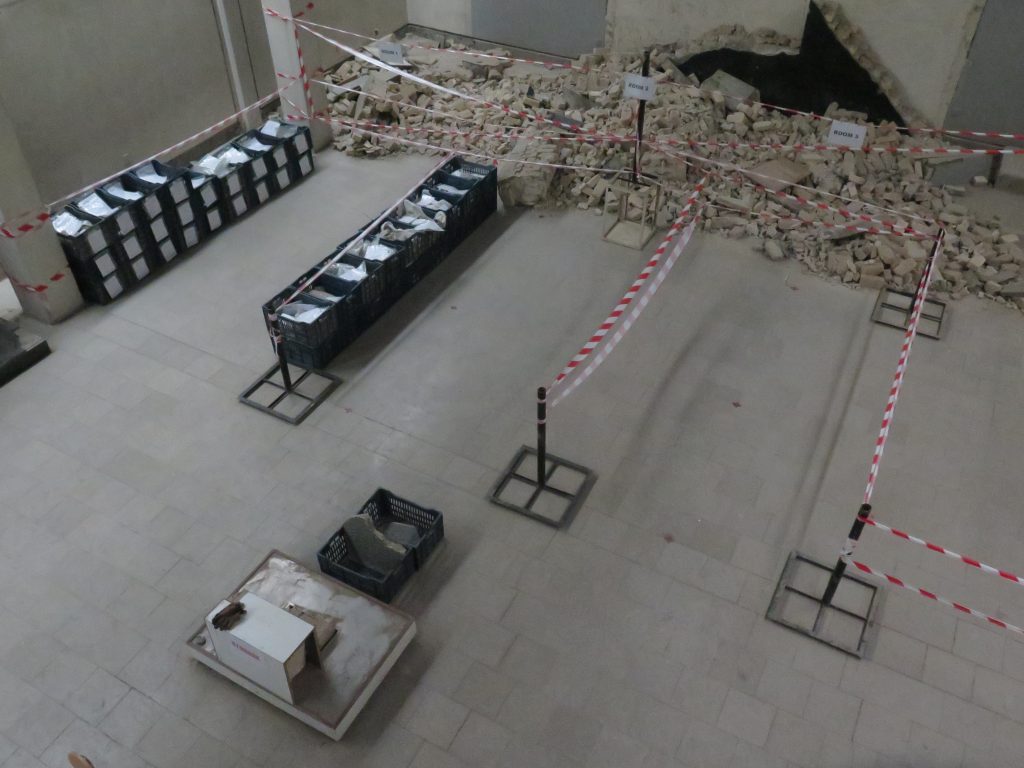 Fragments collected by Mosul Cultural Museum staff are carefully documented and placed into temporary storage as part of the recovery effort in August 2019. Photo courtesy of the Smithsonian Institution.

Construction plans include installing proper draining, putting in a new HVAC system, and repairing the war-torn walls, floors, and roof. The museum has also built a conservation lab to treat damaged objects and sculpture.

Pandemic lockdowns have slowed work over the past year, but in November, the museum staged a temporary exhibition of work by a local artist in its partially restored royal reception hall. Kurin is hopeful the museum’s main building might welcome guests again as early as 2023 or 2024.

“The restoration is not just a physical,” he said. “It’s what these institutions mean in terms of providing knowledge, history, artistry, and culture.”