Editors’ Picks: 16 Events for Your Art Calendar This Week, From David Hammons at the Drawing Center to Duke Riley on the Great Molasses Flood 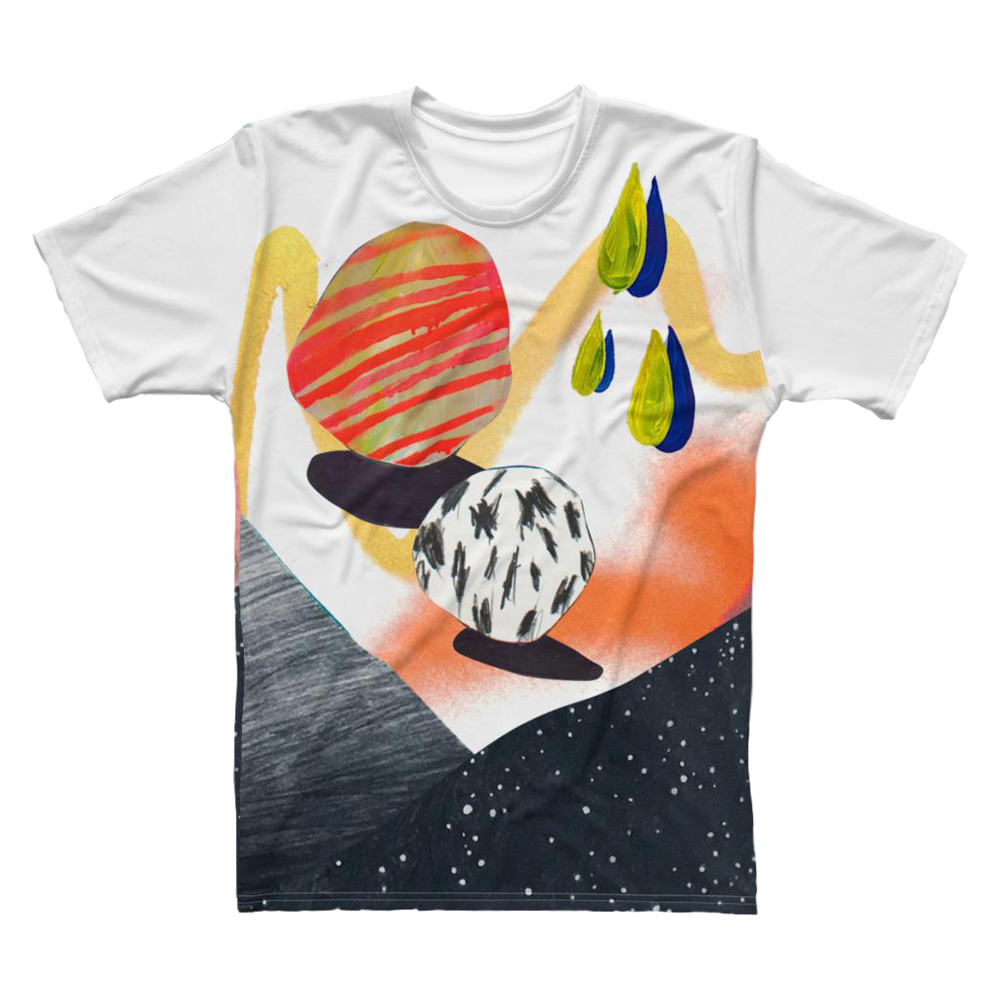 1. Launch of apparel editions + art under $800 at Paradice Palase, Brooklyn

Paradice Palase is doubling down on it’s efforts to highlight affordable art by launching a new platform, apparel editions, where they are pairing limited-edition artist-designed t-shirts with artworks by Paul Anagnostopoulos, Emily Oliveira, Mitchell Reece, and Jen Shepard. All works are available for under $800 and are an excellent way to collect and support fabulous young artists. 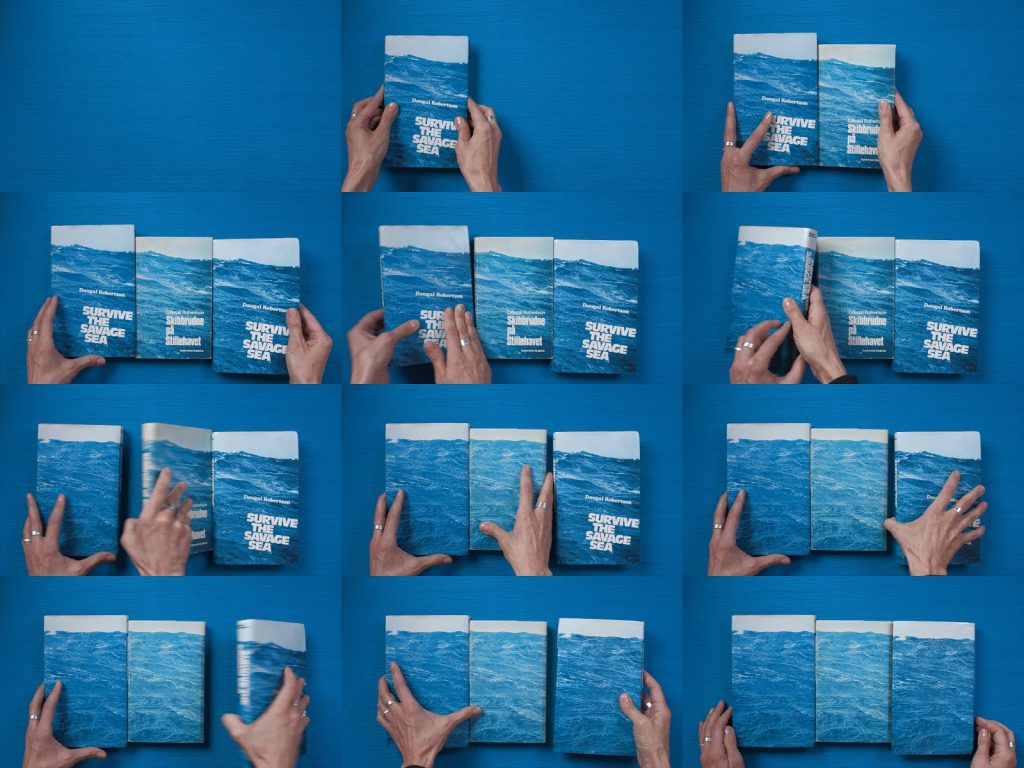 Curator and cultural anthropologist Niama Safia Sandy moderates this talk with visiting artist Nina Katchadourian about her varied career, from taking faux Old Master portraits in airplanes bathrooms, to a failed presidential campaign graveyard, to an audio guide on dust for the Museum of Modern Art in New York. 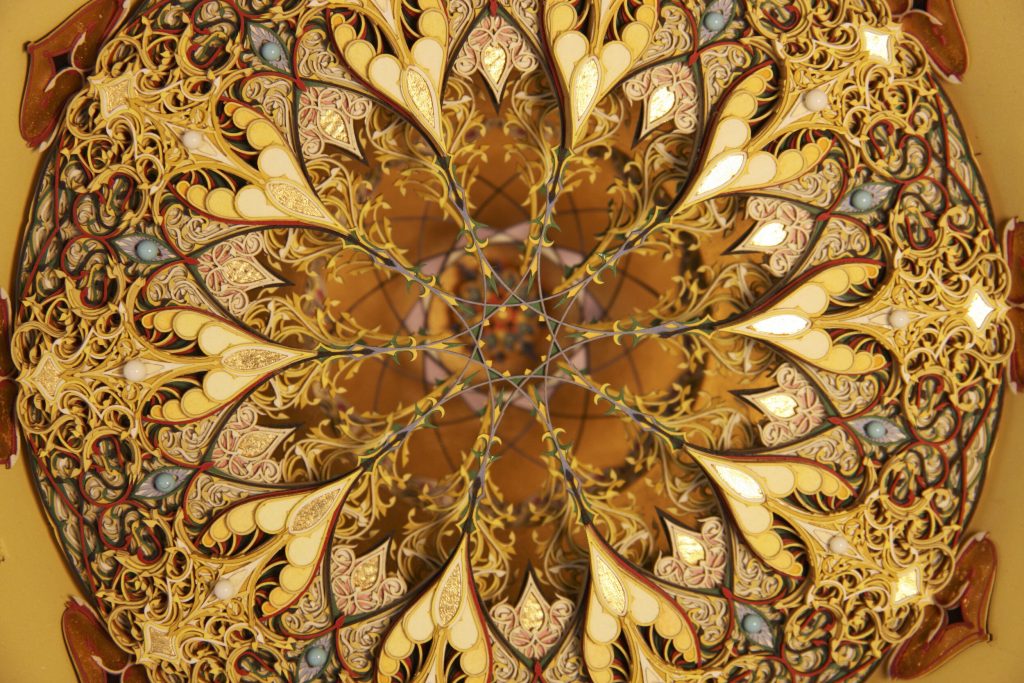 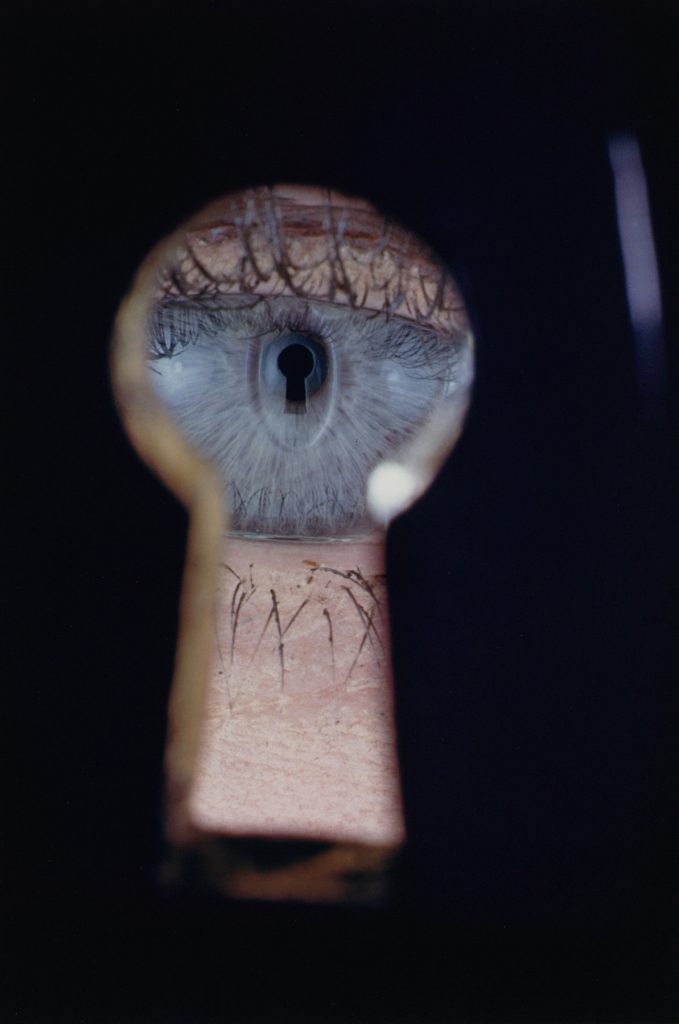 On the occasion of Pace’s current solo show “Irving Penn: Photographism” (on view through February 18) the gallery brings together three heavy hitters: Grace Coddington, of Vogue fame; Jefferson Hack, of Dazed Media; and critic and newly minted Gagosian director Antwaun Sargent. They will discuss the artist’s career and legacy in a Zoom panel moderated by gallery curatorial director Mark Beasley. 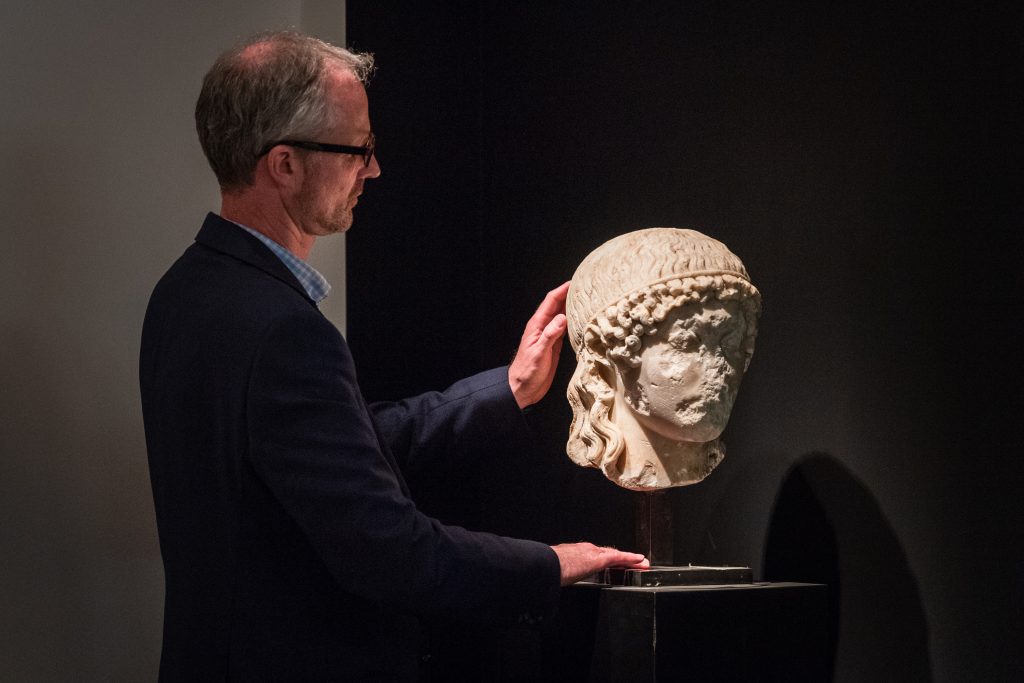 5. “Masterpiece Symposium | Journeys through the Material World” at Masterpiece London

Masterpiece London is launching its digital program for 2021 with a series of discussions surrounding the different materials that are used to create artworks. On Wednesday, a panel of leading curators and scholars will discuss “The Stories of Materials,” from mythological narratives to historical trade. On Thursday, experts will discuss “Materials in the Museum,” including methods of display and interpretation for materials from metal to glass. 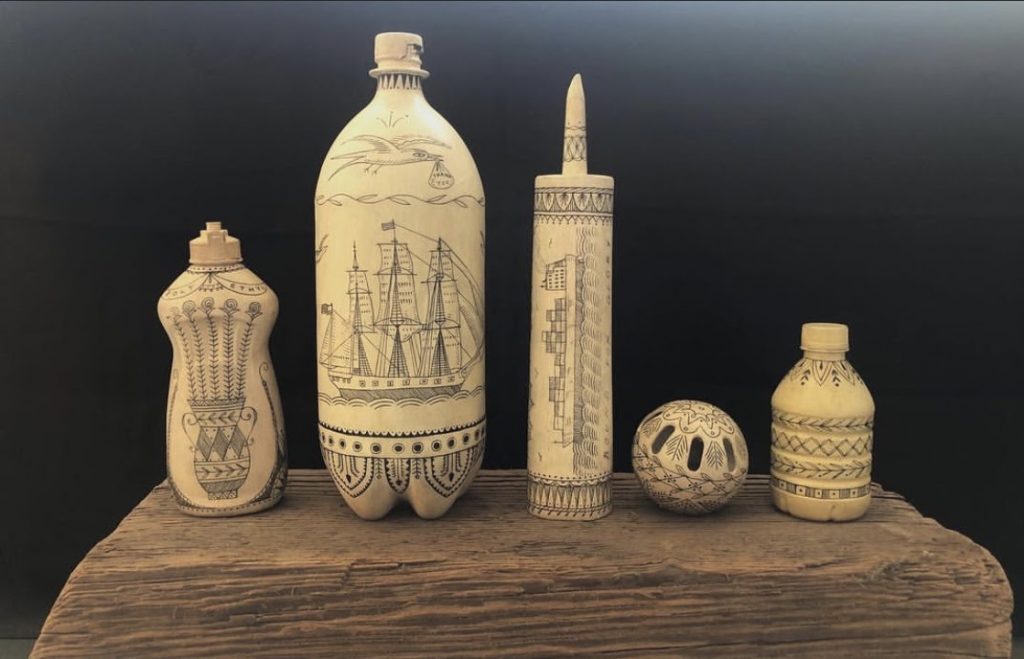 Timed to the opening of the artist’s first solo show in his hometown of Boston—”Lovers, Muggers, and Thieves,” on view through March 7—Duke Riley will give a Zoom talk with curator Jen Mergel about the exhibition, which features “scrimshaw” sculptures made with discarded plastic and a mosaic depicting the Great Molasses Flood, the 1919 disaster that saw a literal wave of 2.3 million gallons of scalding hot molasses that killed 21 Bostonians. 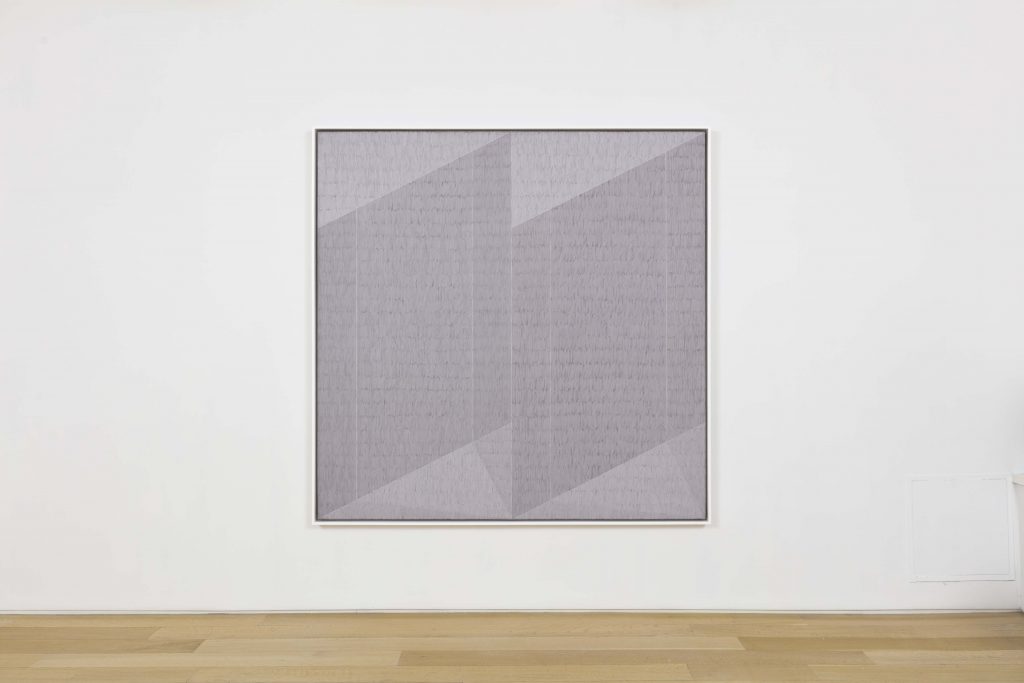 Right now at Van Doren Waxter’s stately Upper East Side gallery, a historical exhibition of Jack Tworkov’s geometric compositions is on view in “Tworkov: Towards Nirvana / Works from the 70s.” The Polish artist is considered among the first generation of Abstract Expressionists, though his work is best known in its later iterations, when he turned from gestural abstraction toward rigid geometric compositions informed in large part by the Fibonacci sequence of numbers. On the occasion of the show, which runs through March 20, Jason Andrew, of the late artist’s estate, and the gallery’s Dorsey Waxter will discuss Tworkov’s painting practice, and his quest for ultimate artistic expression. 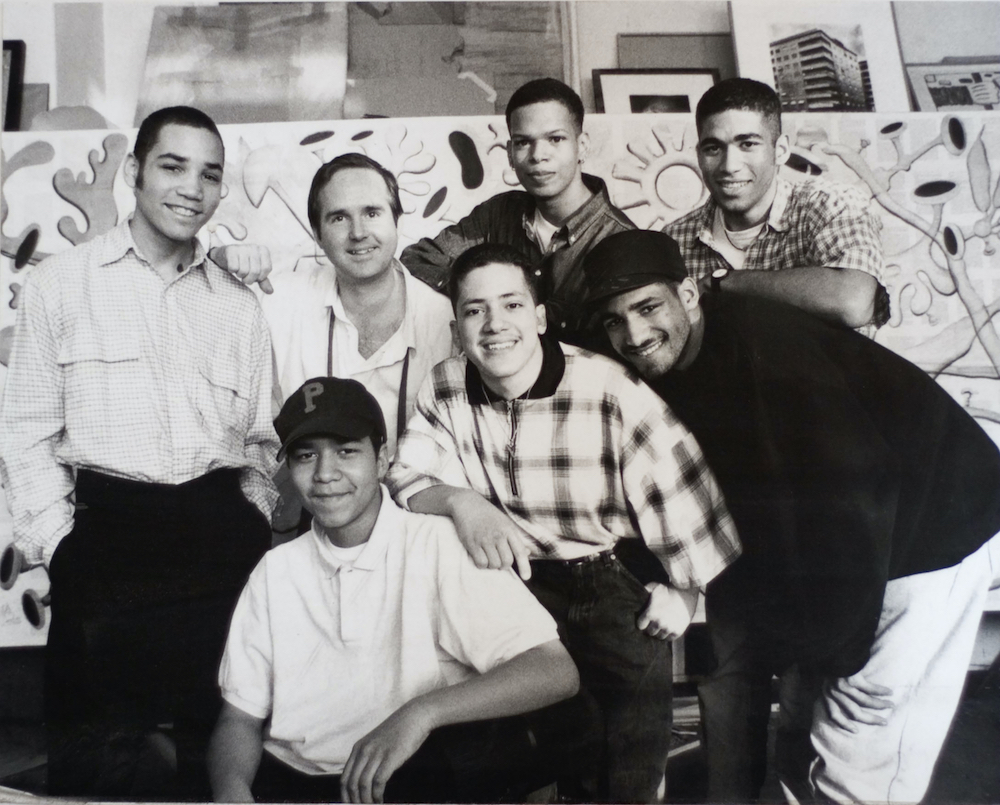 MFA art practice faculty and Kids of Survival member Angel Abreu will moderate a virtual talk between Ken Tan, Jeannine A. Cook, and fellow K.O.S. member and BFA Fine Arts faculty member Robert Branch about the way forward—with a focus on community and the role artists play in healing social unrest—in order to move toward a more constructive, peaceful world as we recover from the previous administration. 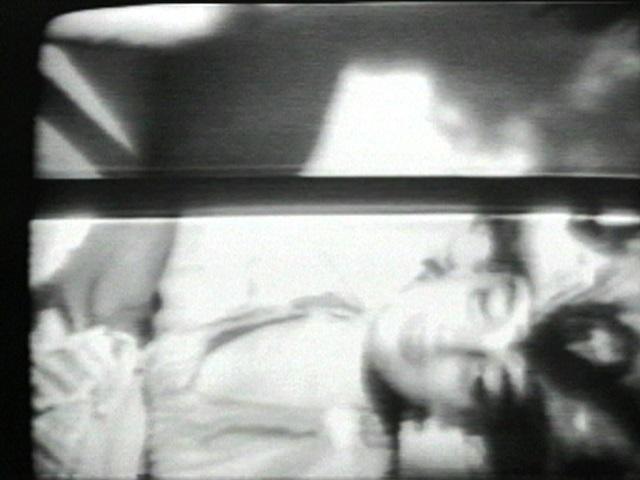 Following a virtual screening of Joan Jonas’s Left Side Right Side (1972) and Vertical Roll (1972), curators Saisha Grayson of the Smithsonian American Art Museum and Charlotte Ickes of the National Portrait Gallery in Washington, DC, will talk about the artist’s career and her use of the video camera to suggest internal space. The talk is part of the “Viewfinder: Women’s Film and Video from the Smithsonian” virtual film screening and conversation series from the Smithsonian American Women’s History Initiative, Because of Her Story. 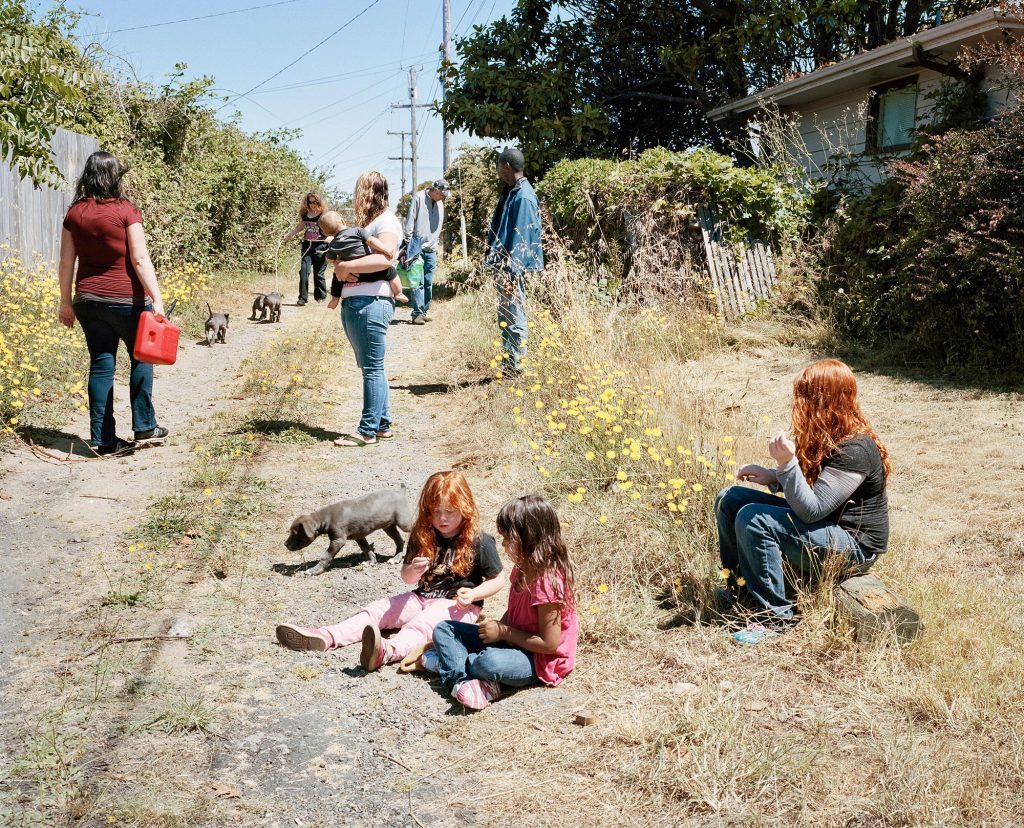 10. “But Still, It Turns: Recent Photography from the World” at the International Center of Photography, New York

ICP has brought together projects by nine contemporary photographers for this group show curated by Paul Graham. Those include Kristine Potter’s Manifest, photos taken in Colorado that speak to the archetype of the American cowboy and reconsiders traditions of Western landscape photography; and Curran Hatleberg’s Lost Coast, an intimate, episodic portrait of the community in Eureka, California. “This photography is ‘post documentary,’” said Graham. “The work… grapples directly with the world around—nothing staged, constructed, or dramatized. The show contains a principled refusal of photography that only pursues ‘prize-winning moments.’” 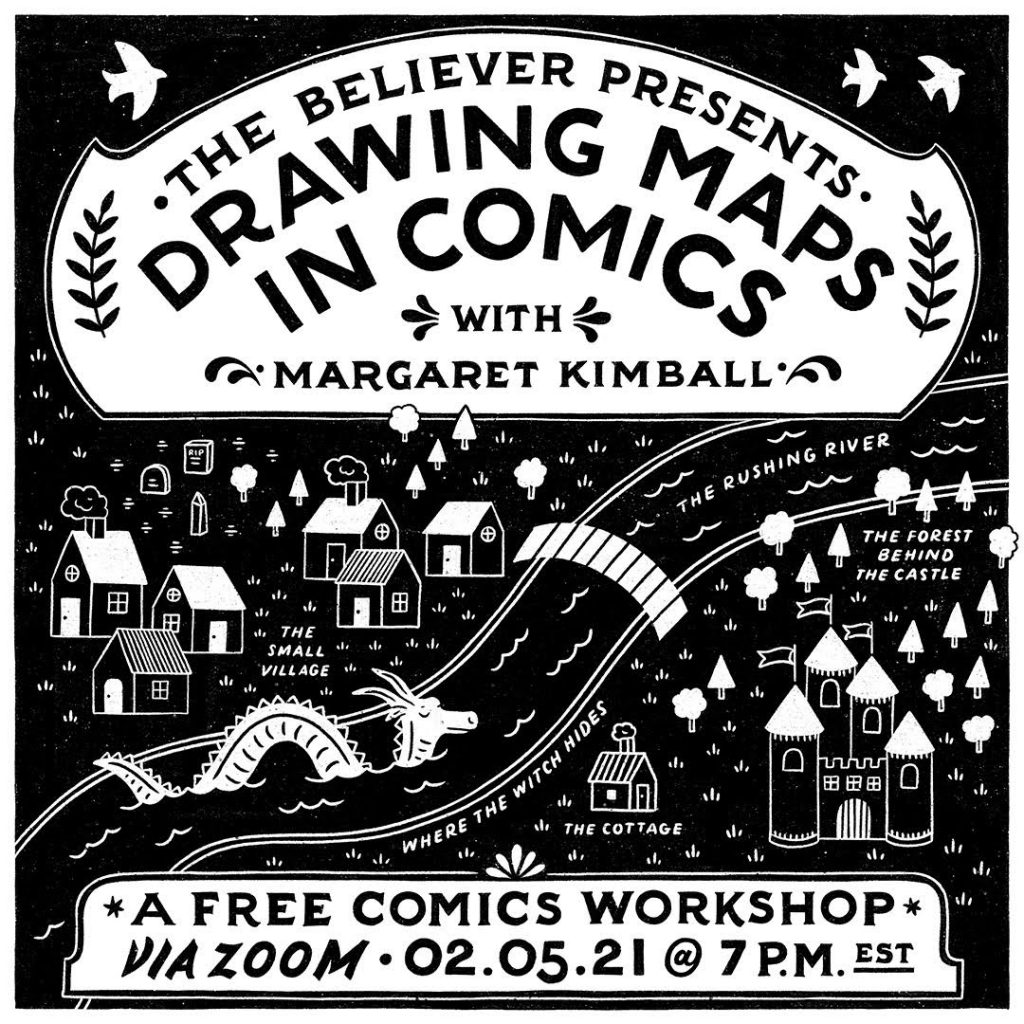 11. “Drawing Maps in Comics With Margaret Kimball” at the Believer, Las Vegas

My in-person art experiences have remained extremely limited even with galleries and museums open in New York City, but I’ve been periodically tuning in for Believer magazine’s weekly comics workshops. Each session offers a fascinating insight into an artist’s creative process, and a chance to test out their techniques for yourself. This week’s class on drawing maps, from Margaret Kimbell, author of the forthcoming illustrated memoir And Now I Spill the Family Secrets, sounds especially fun at a time when I’m largely confined to the few blocks around my apartment. 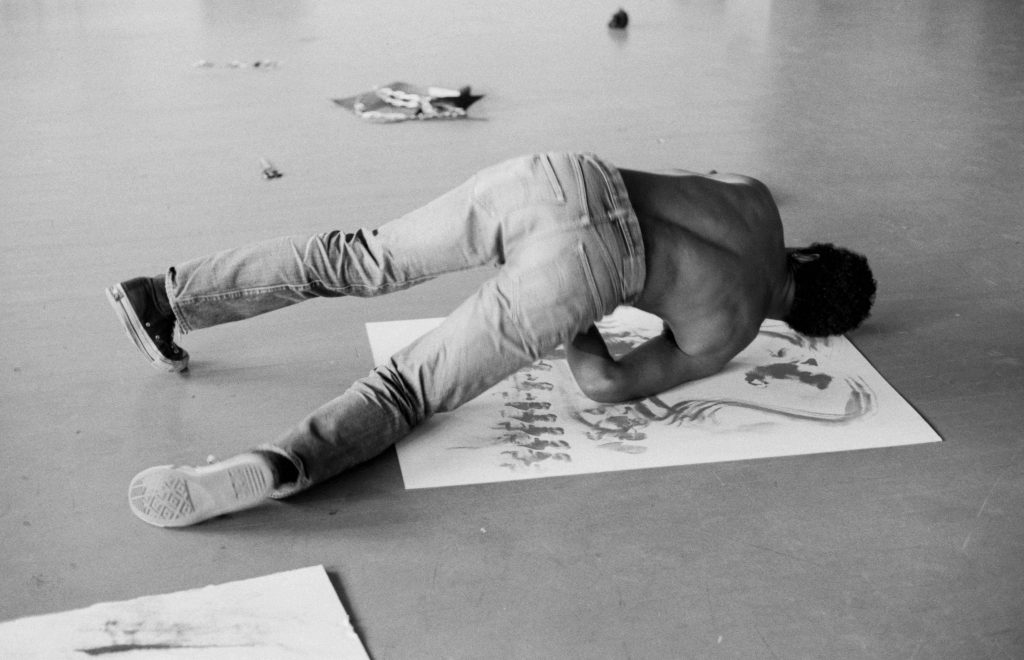 David Hammons inside the Slauson Avenue Studio creating a body print in Los Angeles, 1974. Photo by Bruce W. Talamon, courtesy of the artist.

In the first museum show spotlighting the important early works on paper of David Hammons, the Drawing Center brings together 32 works, including monoprints, collages, and two sculpture objects. His unconventional large-scale body prints, such as Pray for America (1974)—performance-based works that transformed the body into an art-making tool—introduce the major themes that have been throughlines in the artists’s fifty-year career. 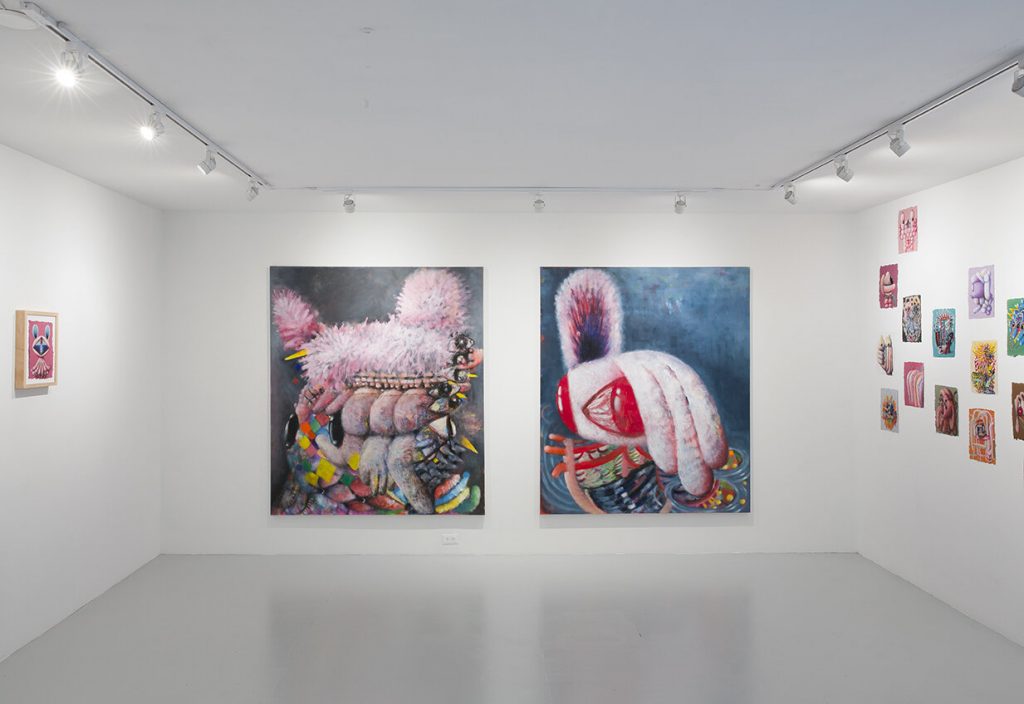 Make sure to check out Korean artist Mie Yim’s first solo show at Olympia before it closes this week. The artist was forced to reconsider her practice and the surface size of her work upon the closure of her studio at the start of the pandemic. The results are these trippy works on paper, full of vibrant colors and organic shapes that never quite make it clear what they are but seem somehow familiar. 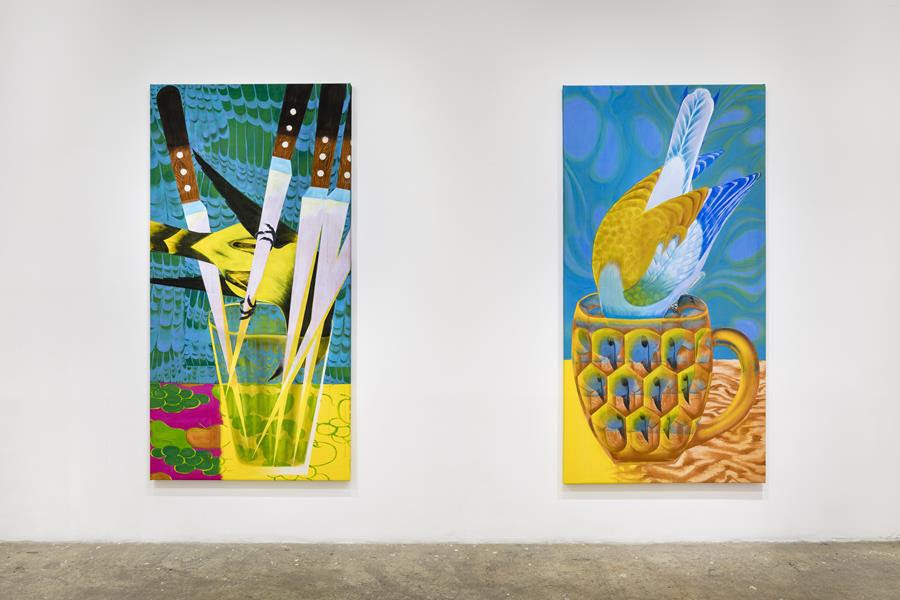 14. “Iman Raad: At the Earliest Ending of Winter” at Sargent’s Daughters, New York

This eye-catching, just-opened show marks the Iranian-born, US-based artist Iman Raad’s second solo show with the gallery, featuring large-scale canvas and reverse glass paintings. The title is taken from a Wallace Stevens poem, Not Ideas About The Thing But The Thing Itself. Raad’s work explores the landscape of the self in domestic scenes marked by vibrant hues and unusual placements of birds and other objects—the feathered friends dive into teacups or hold the edges of knives in their talons. This work “references this in-between moment where time and feeling meet in an extended pause, and a possible new knowledge of reality,” according to a statement from the gallery. 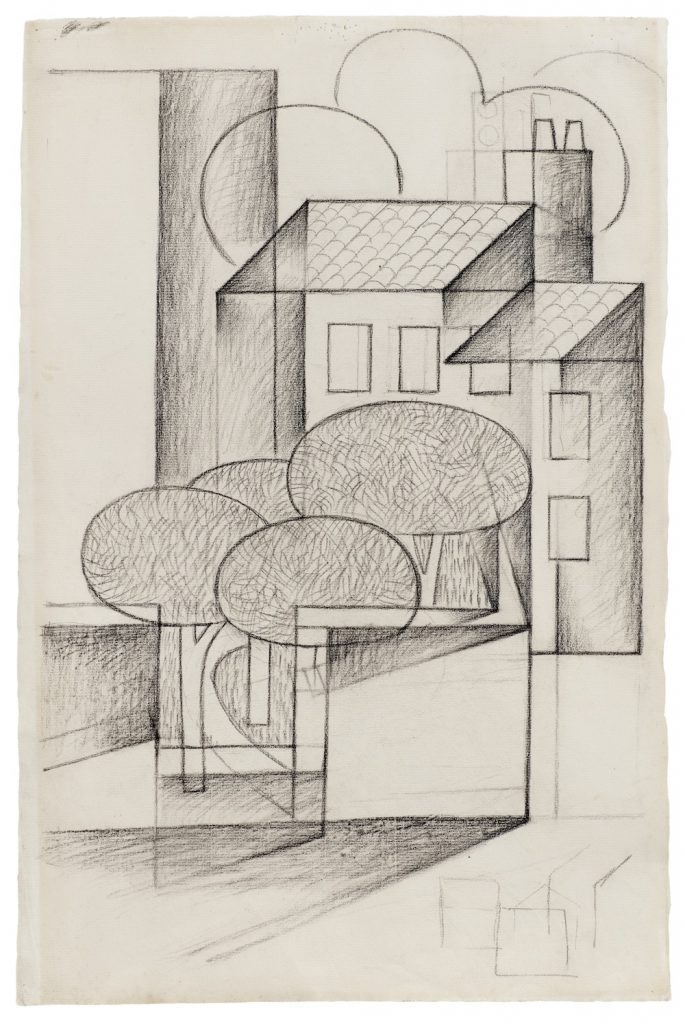 15. “Drawing Inspiration: A Century of Works on Paper” at Galerie Gmurzynska, New York

This selection of drawings spans 100 years, and includes work by Pablo Picasso, Joan Miro, Marcel Duchamp, Zaha Hadid, Ed Ruscha, Robert Delaunay, and Jean Arp. Among the highlights is a large drawing by Miro from 1930,  executed with a single, uninterrupted line. It highlights the artists skill as a draughtsman and his affinity for draughtsmanship. 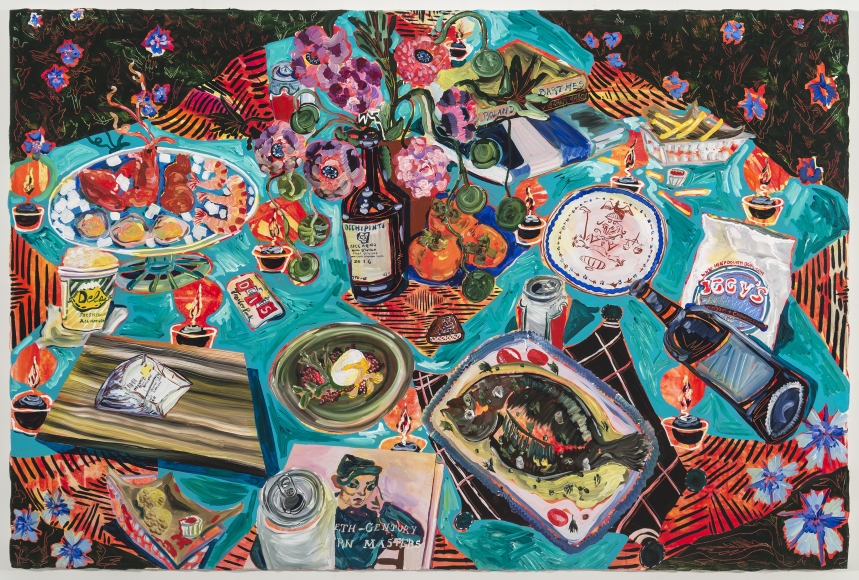 Fredericks & Freiser presents a solo show of Los Angeles-based artist, Kate Pincus-Whitney. The works are “maximalist” still lifes of elaborately set up dinner parties or picnics, where one can imagine a large group of friends gathered for a celebration. She populates the canvas with “things,” filling the entire surface with objects such as food, drinks, flowers, and dishes, that we are all familiar with as a way to comment on consumption. Instead of making the works look busy, this has the effect of making them look like ornately decorated objets d’art, paintings that you can stare at for a long time to keep finding hidden things that you didn’t see before.