Editors’ Picks: 10 Events for Your Art Calendar This Week, From Upstate Art Weekend to Eric Carle’s Very Hungry Caterpillar at the Bronx Zoo 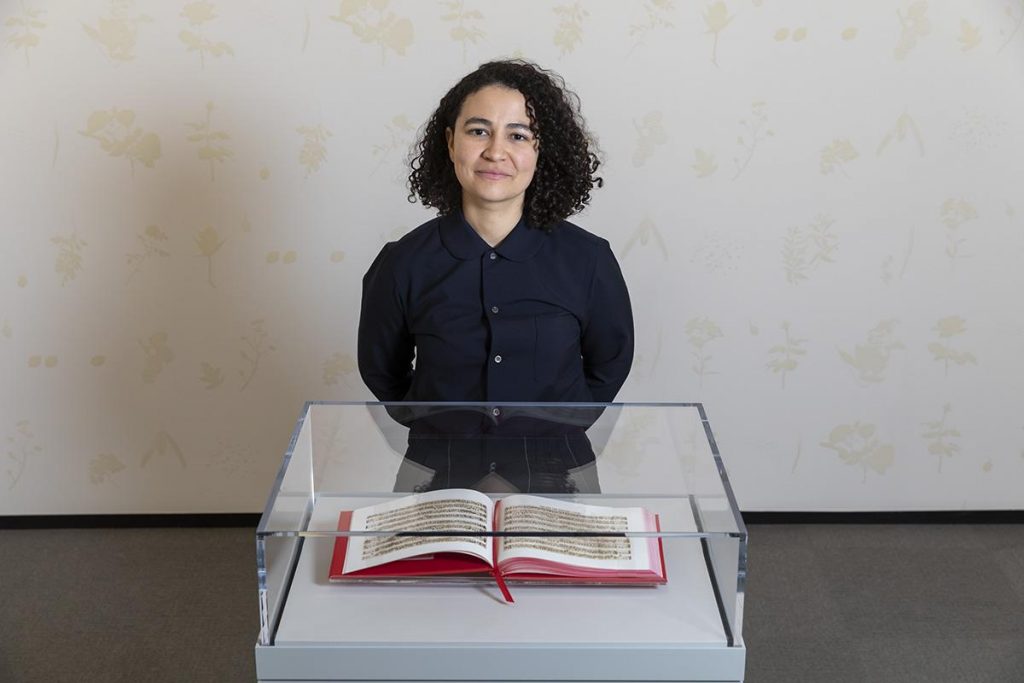 1. “Bethany Collins in Conversation With Mollye Bendell” at the Phillips Collection, Washington, D.C.

This Tuesday, Bethany Collins will sit down on Zoom to talk with Mollye Bendell about her practice, her process, and her contribution to the Phillips Collection’s current exhibition, “Jacob Lawrence: The American Struggle” (on view through September 19). 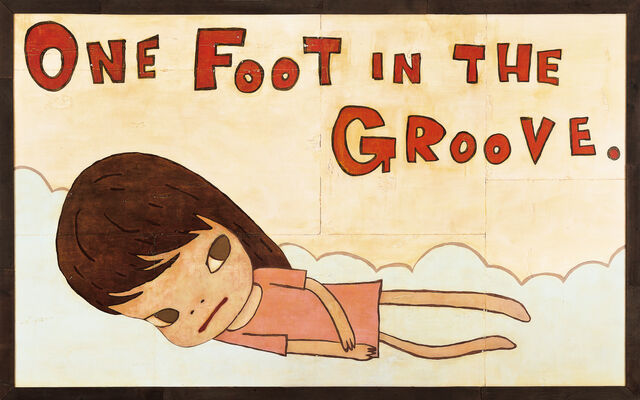 2. “One Foot in the Groove: A Yoshitomo Nara Listening Party” at the Los Angeles County Museum of Art

In celebration of LACMA’s Yoshitomo Nara exhibition (on view through January 2), author, curator, and USC Annenberg professor Josh Kun will host a virtual night of music and storytelling inspired by the artist and his work. 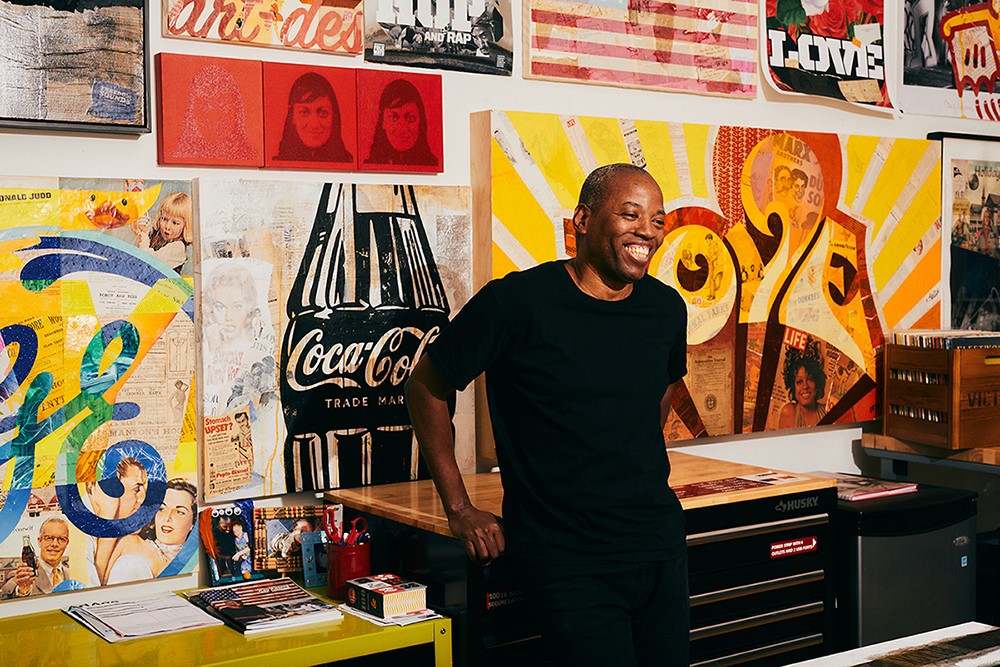 Cey Adams in his studio. Photo courtesy of Art in DUMBO.

Art in DUMBO’s next outdoor Drink and Draw Workshop is hosted by Creatively Wild Art Studio and will feature a lesson in collage-making from artist Cey Adams. The founding creative director of Def Jam Recordings, Adams got his start as a New York City street artist in the late 1970s, appearing in the documentary Style Wars. Today, he is a graphic design legend in the hip hop world, having worked with the likes of the Beastie Boys, Public Enemy, LL Cool J, Jay-Z, and Mary J. Blige.

Ahead of Women’s Equality Day on Thursday, August 26, artists will gather at Lincoln Center for music, dance, and spoken word. The evening is organized in conjunction with the “100 Years | 100 Women” project, which commissioned more than 100 self-identifying women and nonbinary artists to create new work about the complex history of women’s suffrage. Advance registration for the event is closed, but more than 1,000 free seats are available on a first-come, first-served basis 10 minutes before the event starts. 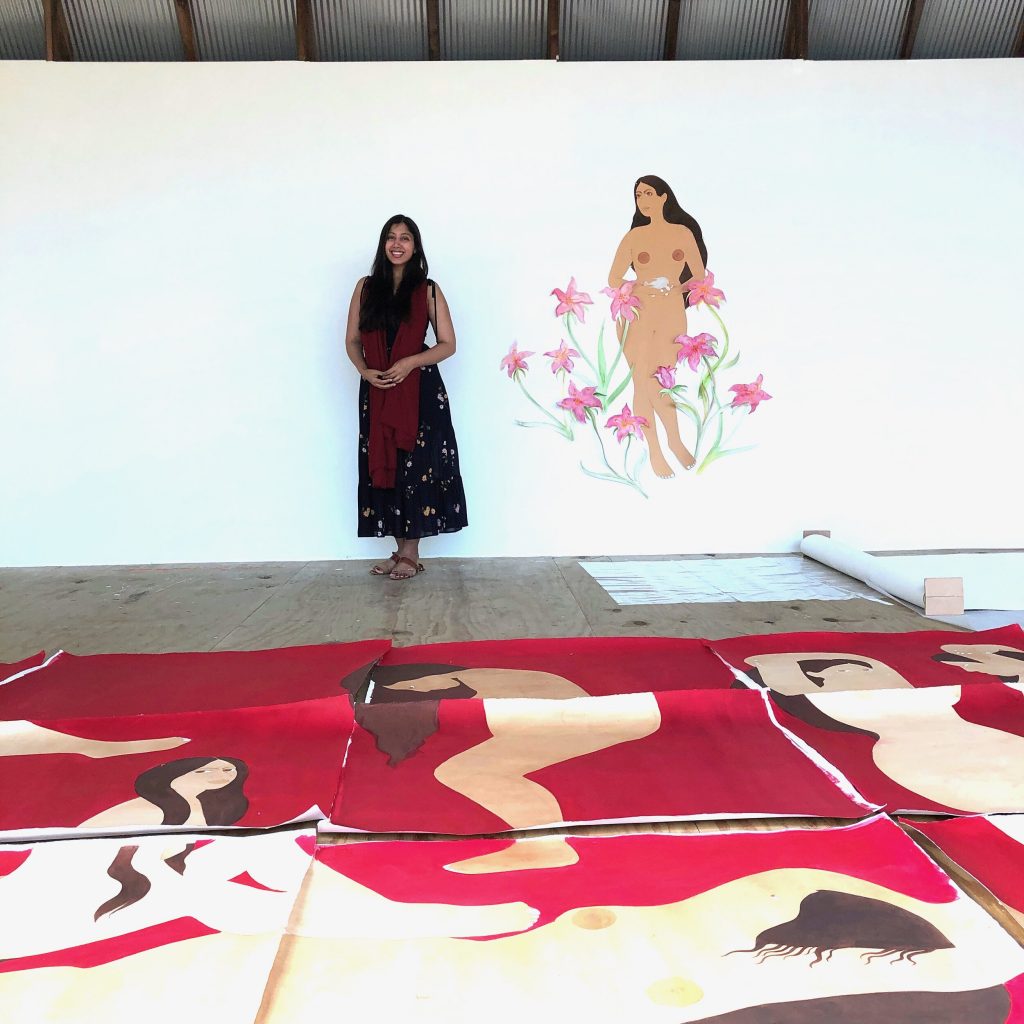 Last summer, with art fairs on indefinite hold and museums shuttered, former art fair director Helen Toomer saw an opportunity to bring together the art community safely in upstate New York’s Hudson Valley, where she and husband Eric Romano run the Stoneleaf Retreat artist residency in Eddyville. Last year, the inaugural Upstate Art Weekend invited visitors to explore 23 art spaces throughout the region. This year, there are 61 participants, ranging from Storm King and Dia Beacon toward the south up to galleries in Hudson and Art Omi in Ghent, furthest from the city. Stoneleaf is presenting solo exhibitions from Hiba Schahbaz and Liz Collins, plus site-specific projects by Lizania Cruz, Macon Reed, and Rebecca Reeve. There will also be a performance organized by Michele Pred as part of her Art of Equal Pay project that aims to close the gender gap in prices paid for men and women’s artwork. Titled Emergency Response for Pay Equity, it will feature artists Ann Lewis, Holly Ballard Martz, Krista Suh, Michelle Hartney, and Yvette Molina, and take place on Thursday at 4:30 p.m., during the weekend’s opening festivities. 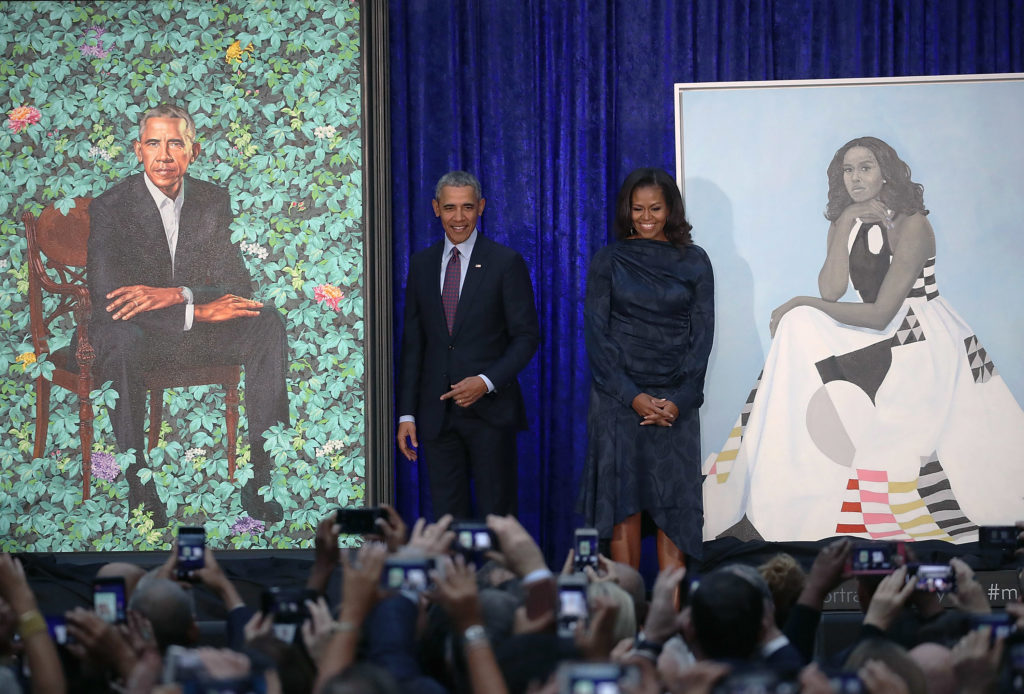 6. “The Obama Portraits Tour” at the Brooklyn Museum

Almost certainly the most famous paintings created so far in this century, Kehinde Wiley’s portrait of President Barack Obama and Amy Sherald’s portrait of First Lady Michelle Obama, commissioned by the National Gallery, touch down in New York this week as part of their highly anticipated five-city tour of the nation. Expect long lines—and don’t be surprised to spot artist and satirical Donald Trump impersonator Tootsie Warhol outside the show, where he’ll be clad in his finest Mar-a-lago golf attire, decrying Wiley for having tasked his Chinese studio with completing the painting—a performance that Warhol, a former lawyer, has dubbed The Audacity of Hoping Nobody Notices My Presidential Portrait is Made in China. 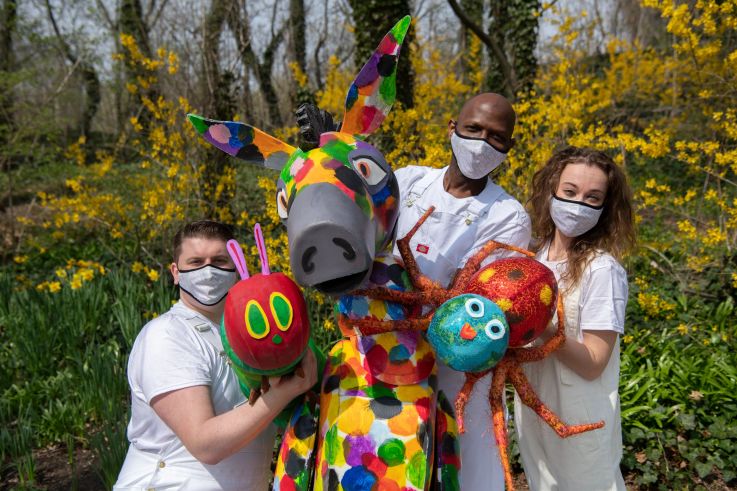 7. “Eric Carle’s World of Wildlife” at the Bronx Zoo

The beloved illustrator Eric Carle died in May at age 91, but the Bronx Zoo is bringing some of his most iconic animal artworks to life with performances featuring hand-crafted puppets inspired by his books The Very Hungry Caterpillar; Brown Bear, Brown Bear, What Do You See?; The Very Busy Spider; and more. The rest of the week, blown up caterpillar illustrations will be on view at the giraffe exhibition, and there will be various educational activities themed to the artist’s work. 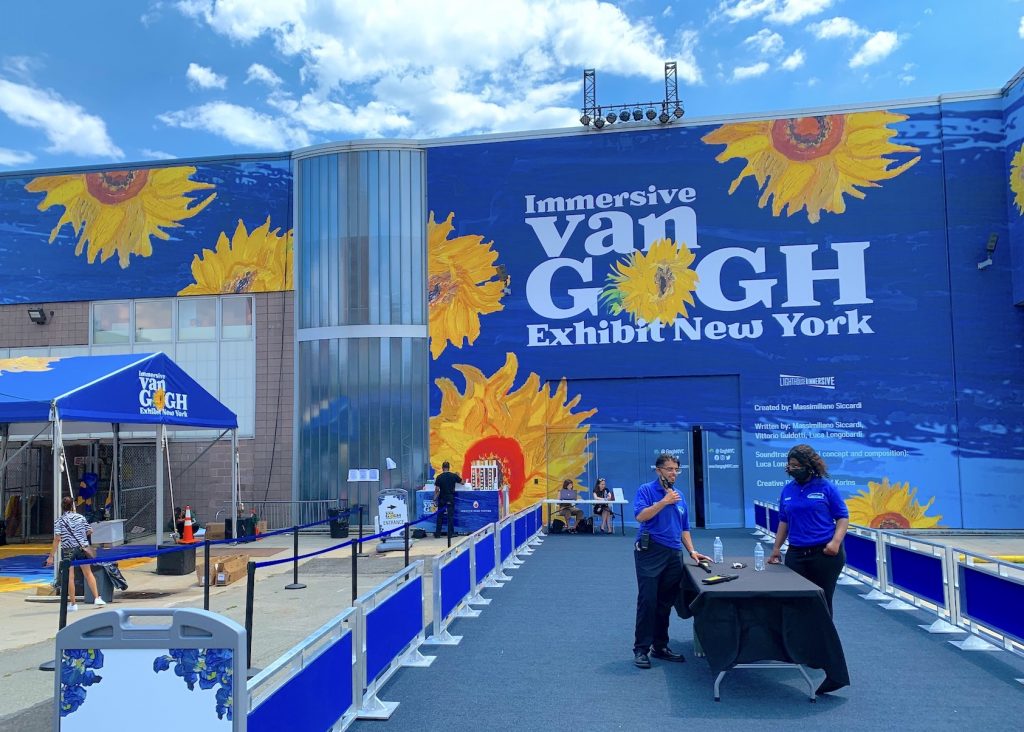 There have been several competing “immersive” Van Gogh experiences across the country this year but this one seems to stand above the rest. There are nearly 100 projectors splashing colorful and intricate moving images of the artist’s signature images—night skies, stars, wheat fields, crows, and numerous self portraits—across every possible surface. All of this is enhanced by strategically placed mirrors and an eclectic soundtrack that ranges from soaring classical music by Yo-yo Ma, to Edit Piaf’s classic Non, je ne regrette rien, and a moody but haunting song by Thom Yorke, from his Anima solo album. Sure it’s heavy on Instagram and selfie bait but the experience is truly “immersive” and—to be honest—pretty incredible. It will return to NYC in November but for now is closing on August 29. 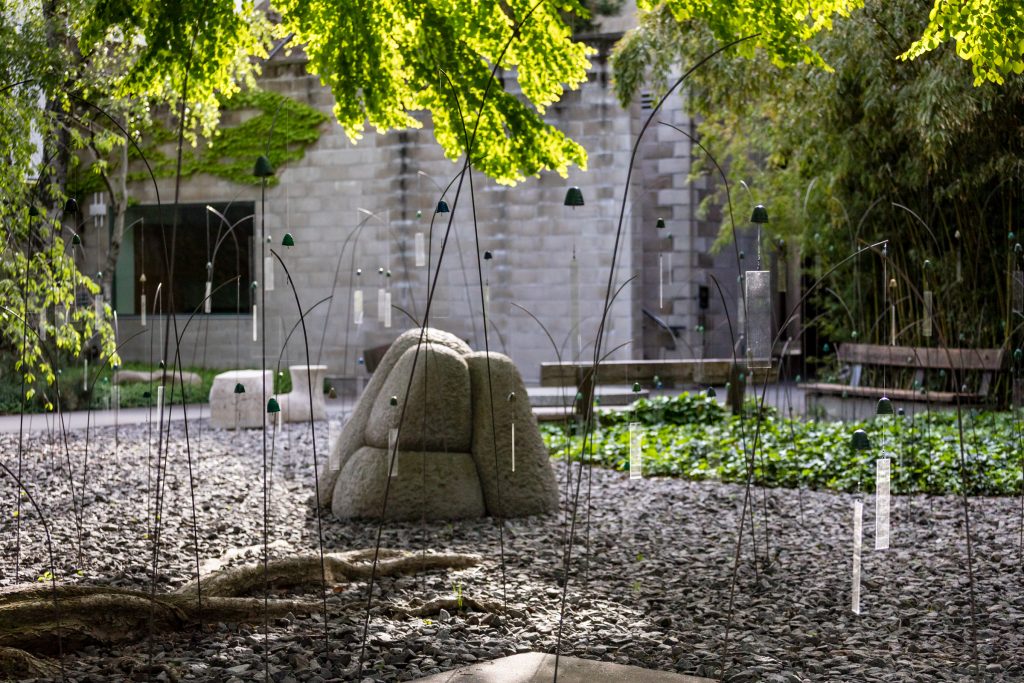 The Noguchi Museum is currently home to two works by French artist Christian Boltanski, who died in July. In the garden, there’s an installation of his sound sculpture, Animitas, first staged in a remote part of South America’s Atacama Desert in 2014 with 800 bronze bells that bob in the breeze on steel stems. The smaller version on view in Queens still produces what the artist called the “music of lost souls” and is paired with a day-long video documenting a similar work, La Forêt des Murmures (2016), that is on permanent view on the island of Teshima in Japan. 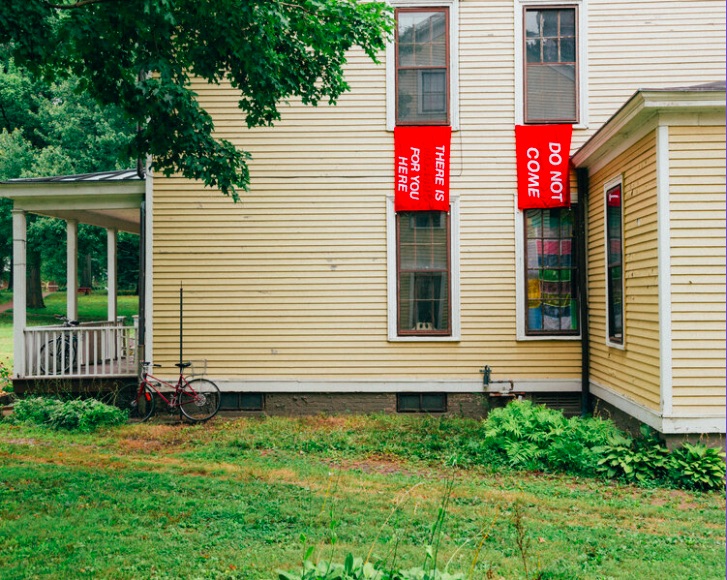 ACOMPI and NARS Foundation are presenting this fifteen-artist show dedicated to “immigrant, first-generation, and borderland artists whose work counters the gradual forces of cultural erosion,” all of it on display in an old house on Governors Island. One of the more pointed works is Christina Barrera’s new commission featuring bright red flags draped from the house’s exterior. They seem to send a signal, drawing the eye to the show, only to repeat Kamala Harris’s much criticized speech telling the people of Guatemala that the doors are shut for potential immigrants: “Do Not Come/There’s Nothing Here for You.”