The Old Master market came to life for two hours at Christie’s London on Thursday evening, whipping up a respectable £45.3 million ($52.8 million) and sparking occasions of broad bidding.

The sale was a faithful antidote to Sotheby’s anemic £17.2 million ($23.8 million) outing on Wednesday evening in London, where 21 of the 49 lots failed to find buyers, resulting in a dismal sell-through rate of 57 percent.

Experts attributed the week’s unevenness in part to the field’s conservative penchant for viewing works in person, especially the 500-year-old Dutch pictures prevalent at Sotheby’s, in light of the fact that international travel still hamstrung by the pandemic. Christie’s also had a leg up with more long-held works coming to market. 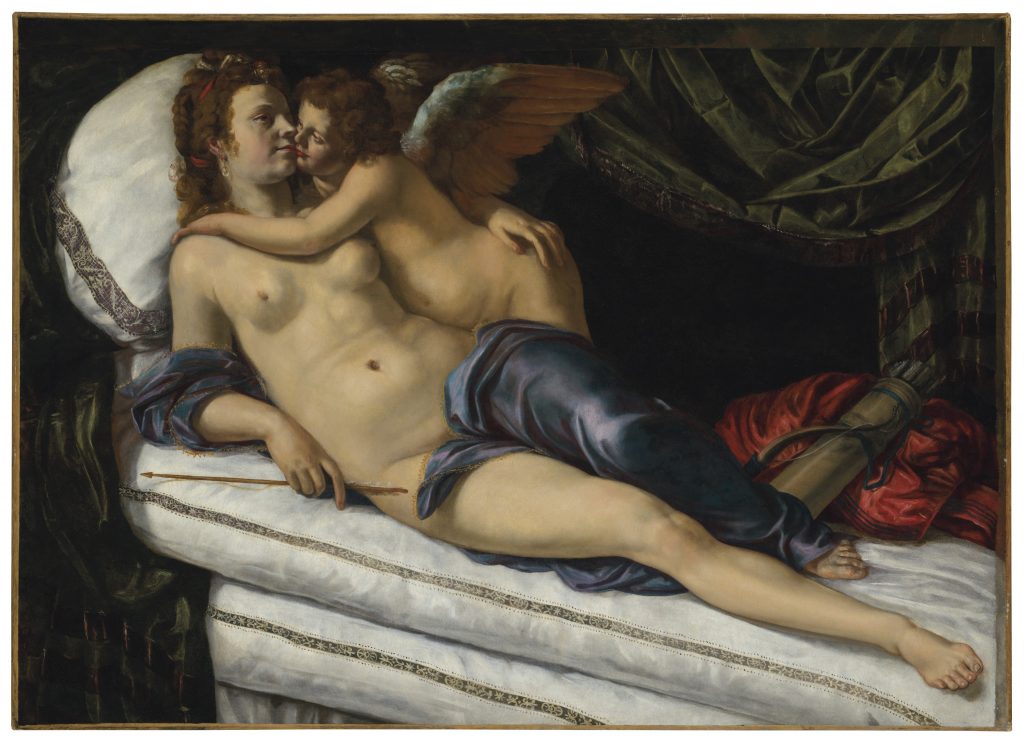 The London Old Master sales marked a return for the summer events after they were cancelled last year. (In lieu of these standalone sales, auction houses experimented last year with cross-category efforts, which had the added bonus of enabling them to build a sale with whatever available works were strongest.)

This week also saw a reversal of fortunes compared to the most recent equivalent sales in July 2019, when Sotheby’s achieved a £56 million total for its evening sale, one of its best results ever, and Christie’s scored a paltry £14.9 million. (Final prices include the buyer’s premium; estimates do not.) 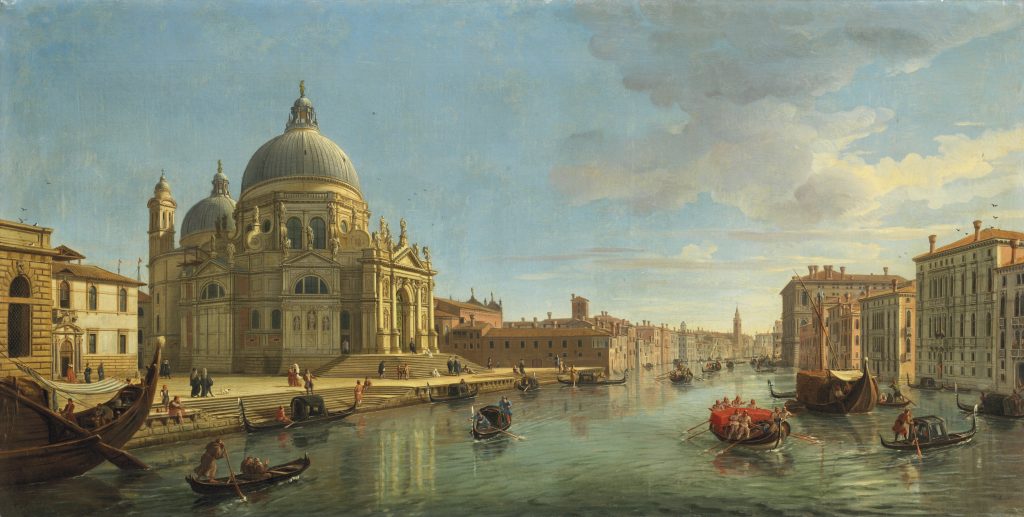 The usual maxim for the Old Master market applied to both evening sales: supply was the name of the game.

“The two results were kind of reflective of the quality of the two sales,” said Anthony Crichton Stuart, director of Agnews London. “I don’t think there were any big surprises. The market as we know is still very selective so in that sense, the Christie’s sale was something of a triumph and the results were commensurate.”

The top lot of the evening was Bernardo Bellotto’s sweeping and super large-scale View of Verona with the Ponte delle Navi (1745–47). Acquired by the seller at Christie’s London in 1971 for £300,000, it has been on long-term loan to the National Gallery of Scotland in Edinburgh ever since. Though it took top honors, it came in below the heady estimate at a record £10.6 million ($14.6 million) (estimate: £12 million to £18 million).

Another virtuoso work, groaning with epicurean foodstuffs, was Jan Davidsz. De Heem’s A Banquet Still Life, with the artist’s signature deftly placed on a sheet of music resting under a lute. It sold for a mid-estimate £3.1 million ($4.3 million). The work was restituted in 2019 to the heirs of Jacob Lierens, whose villa and art collection were confiscated by the Nazis and the banquet “acquired” in 1941 for the unrealized Fuhrermuseum in Linz.

Also a top lot of the evening was Gaspar van Wittel’s View of Santa Maria della Salute, Venice, from the entrance of the Grand Canal, which floated past its  £1 million high estimate to fetch £1.6 million ($2.3 million). 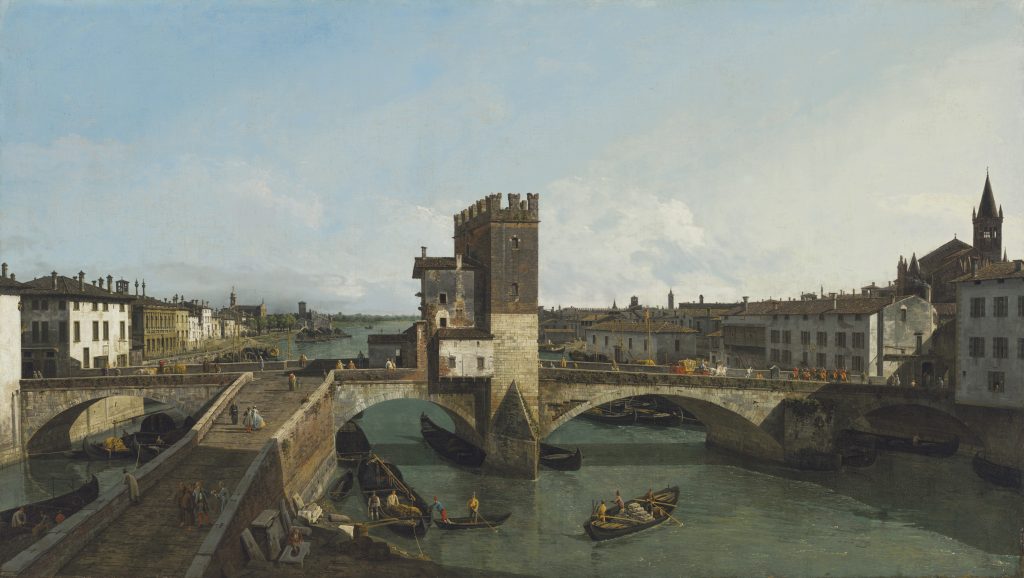 A trio of women artists stuck out in a sale otherwise dominated by male names. Angelica Kauffman’s striking, elaborately costumed portrait of Lady Elizabeth Smith Stanley, her infant son Edward, and her half sister Lady Augusta brought £562,50 ($774,563) (estimate: £500,000–800,000). This outstanding neoclassical portrait painter, who developed a strong reputation in Rome and London during her lifetime, suffered through the ages from misogynist allegations of her romantic liaisons with famous male artists such as Joshua Reynolds and, as a result, paled next to her male colleagues.

The painting—now the second highest auction price notched for the artist—was acquired by the seller privately in Switzerland in 1959 and cuts a long trail of ownership begun in the 17th century by Cardinal Antonio Barberini, a nephew of Pope Urban VIII and collector of such masterpieces as Caravaggio’s Cardsharps and The Lute Player.

But the sleeper in that small female group was the 17th century Southern Netherlands painter Michaelina Wautier’s Head of a Boy, executed in oil on canvas and measuring just 16 7/8 by 13 1/3 inches. It ignited a bidding war and finally sold for £400,000 ($550,800), a whopping five times its high estimate. The modest painting last sold at Christie’s London in December 2008 for £30,000, when it was misidentified as Circle of the Le Nain Brothers. 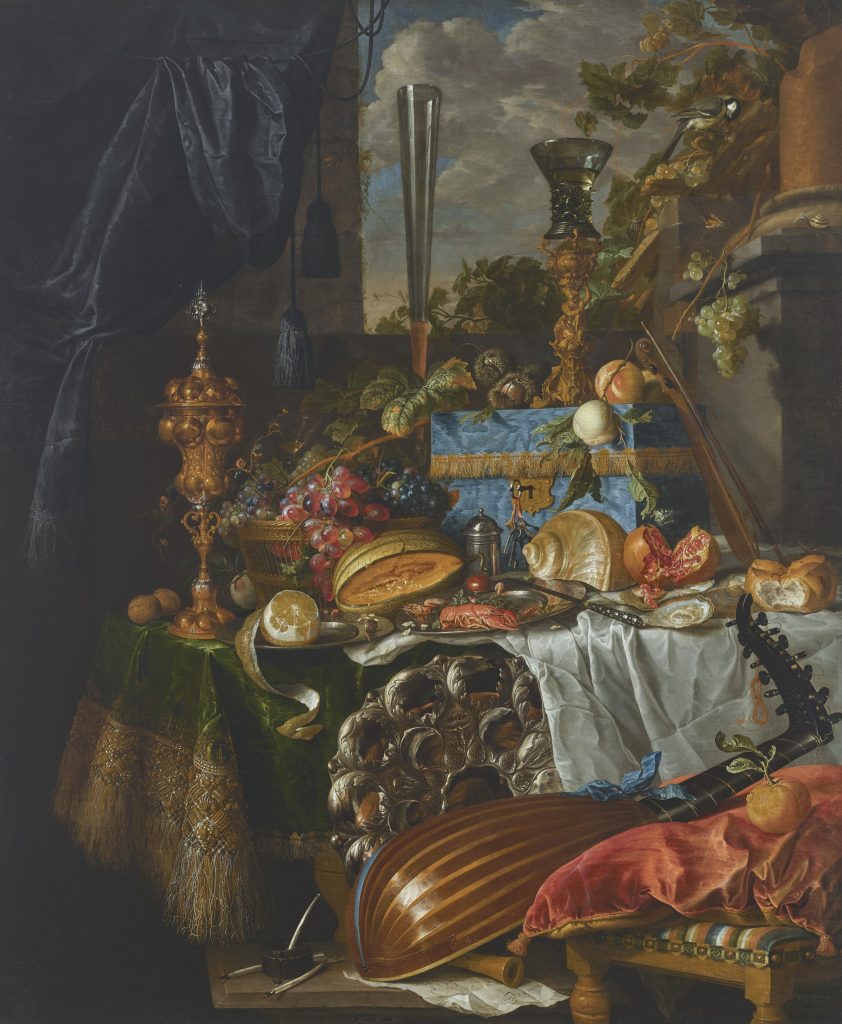 It has been only in the past 20 years or so that Wautier’s Baroque style has been properly acknowledged after generations of misattributions, including those of her painter brother Charles, brought to light by art historian Katlijne der Stighelen.

Also in the 17th century vein, a rare and late oil on canvas by Georges de La Tour, Saint Andrew, capturing the intense spirituality of one of the 12 apostles, realized a record £4.3 million ($6.1 million) (estimate: £4 million–6 million). The success of another nocturne, which sold last year for $5 million to the Louvre Abu Dhabi, may have helped pry this one from its owner’s hands; there are few others, if any, known to be left in private collections. 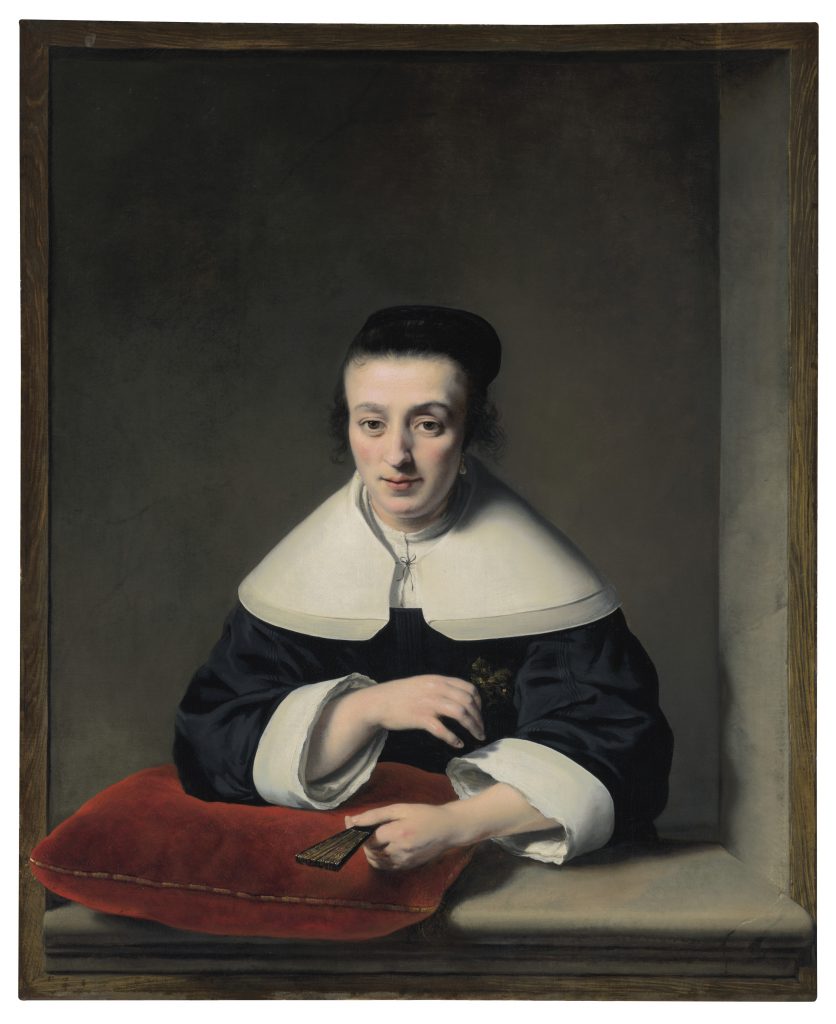 Ferdinand Bol, Portrait of a lady at a casement. Courtesy Christie’s Images Ltd. 2021.

The market showed reassuring depth for first-rate offerings, as evidenced by Ferdinand Bol’s riveting Portrait of a Lady at a Casement (1652), featuring the bride resting her arm on a pillow, which soared to £1.2 million ($1.7 million) (estimate: £400,000–600,000). The detached pendant (of her husband) resides at the Museum of Fine Arts in Leipzig.

On a lighter and decidedly musical note, Frans van Mieris, the Elder’s intimate and detailed 12-by-9.5-inch The Music Lesson attracted a posse of bidders and hauled in £3.5 million ($4.8 million), more than triple its £1 million high estimate.

Of the British entries, Edward Coley Burne-Jones’s Pre-Raphaelite stunner and retelling on canvas the tale of Sleeping Beauty, The Prince Entering the Briar Wood (1869), spun to £2.4 million ($3.4 million).