Can I Sue a Fellow Photographer for Producing Pictures That Look Just Like Mine? + Other Artists’-Rights Questions, Answered

I’m a decently successful photographer who has made her sorta-name through large-format photographs of skateboarders and their injuries. Imagine my surprise when I visited a high-end skate shop recently and discovered a photograph that was like one of mine but not taken by me. Someone’s stealing my schtick. Can I sue?

I watched skateboarding in the Tokyo Olympics and it seems like injuries are a big growth industry. Those guys fall a lot.

All kidding aside, I’m sorry to tell you that you probably have little legal recourse here. In the U.S., copyright is only applicable for works “fixed in any tangible medium of expression,” which means that ideas, from highbrow concepts for dinner parties to the conceit for a series of paintings, cannot be copyrighted. You hold the copyright to your photographs from the moment you develop them, but the general idea behind them is—unfortunately, in this case—up for grabs.

This issue recently came to light with a photograph that pop star Olivia Rodrigo staged to promote her “Sour Prom” concert, which was more than reminiscent of the cover for the 1994 Hole album Live Through This. In it, Rodrigo wears the same style crown and carries the same kind of flowers as the woman from the Hole album cover, and her makeup is applied in a similarly vertical style. Rodrigo later spun this as an homage, though she didn’t tag Courtney Love or the original photographer, Ellen von Unwerth, in her Instagram post of the photo. It smelled fishy, and not at all like teen spirit, but in the New York Times, von Unwerth acknowledged that there’s little more she can do than be annoyed about it.

That said, lawsuits are not the only venue for retribution in matters such as these (for more on that, see the answer to our next question). When it comes to “who did it first” or “who did it better,” social media is a powerful force. Consider the backlash when Juergen Teller shot Rhianna for Vogue and many thought that he unfairly appropriated the style of Mickalene Thomas. The court of public opinion is quite vocal these days. You can always try to make your case there. 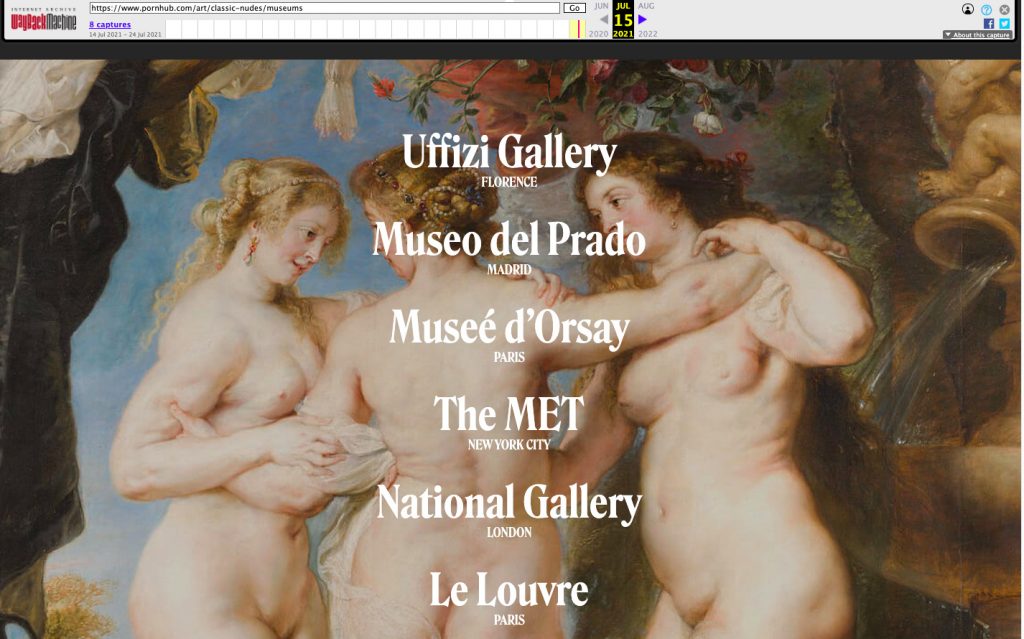 I read the New York Post every morning, but even my hardened sensibilities were shocked by their reporting on Pornhub’s latest P.R. stunt: an app that takes you to the dirtiest nude paintings in any given museum and then animates them with pornographic actors. How is this legal on any level?

Here’s why: As we’ve established, copyright only exists for the duration of the life of the creator plus an additional 70 years post-mortem. After that, the works are in the “public domain,” an image that conjures a grassy field on which anyone may graze their cattle. 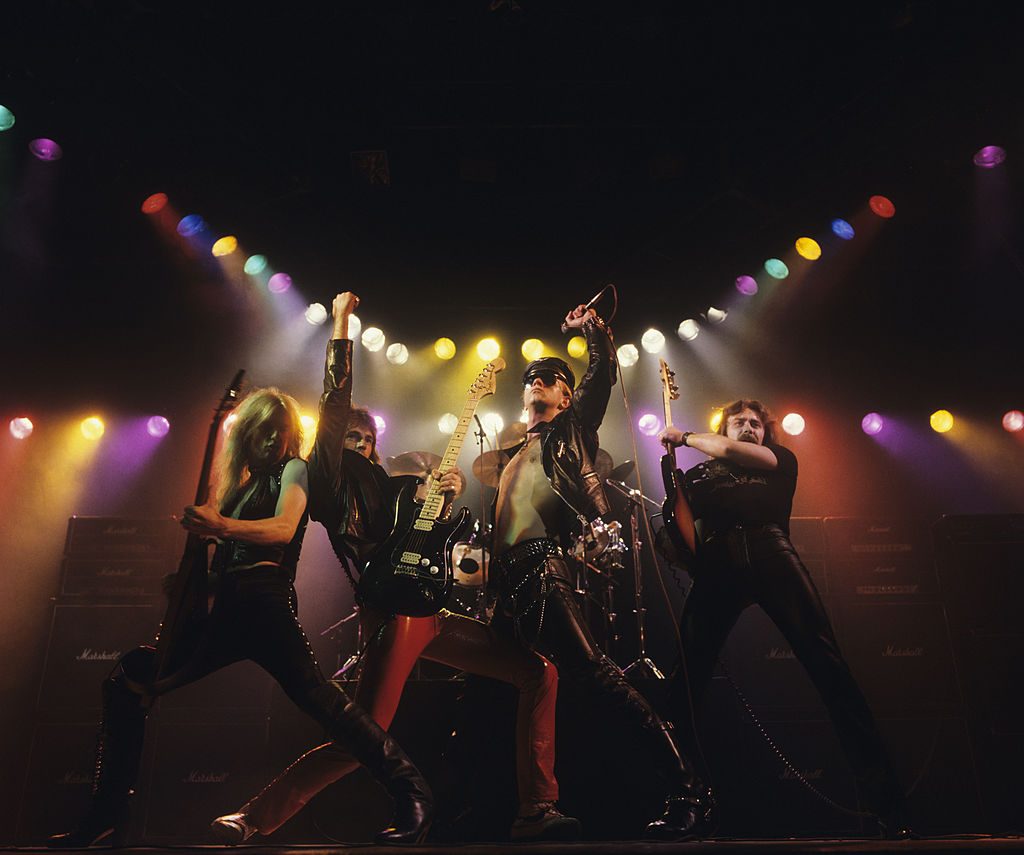 I was reading an interview with Stephen King, and he said that he had originally included the lyrics from the song “You Got Another Thing Coming” by the English heavy metal band Judas Priest as an epigram in his 2008 novel Duma Key. But, he said, “they [the band] came back and said that they wanted $50,000 plus royalties. And I said, ‘Fuck that shit! That’s not going to happen.’ So I made us a doggerel of my own.” Why would it cost that much money to print lyrics from a song?

Knowing Stephen King’s reverence for classic rock and his massive success as a creator, it is kind of surprising that he chose not to pay the $50,000 (and that he was able to approximate the soaring lyrical heights of “You Got Another Thing Coming”!).

Breaking down rights this way can be useful when different people are responsible for writing the lyrics and music, the way Elton John and Bernie Taupin used to do it. (In this case, Judas Priest appears to have collectively dashed off the track to fill out their 1982 album Screaming for Vengeance, so they would all presumably share the $50,000 royalty.)

As to why this particular license cost so much, I can only estimate that the bill was based on projected sales for King’s book. Print rights for lyrics usually break down to one cent per unit, and it wouldn’t be unexpected for King to sell five million copies. Though with the Delta variant surging, I would personally recommend The Stand—the title for which is, of course, based on a Bruce Springsteen lyric. 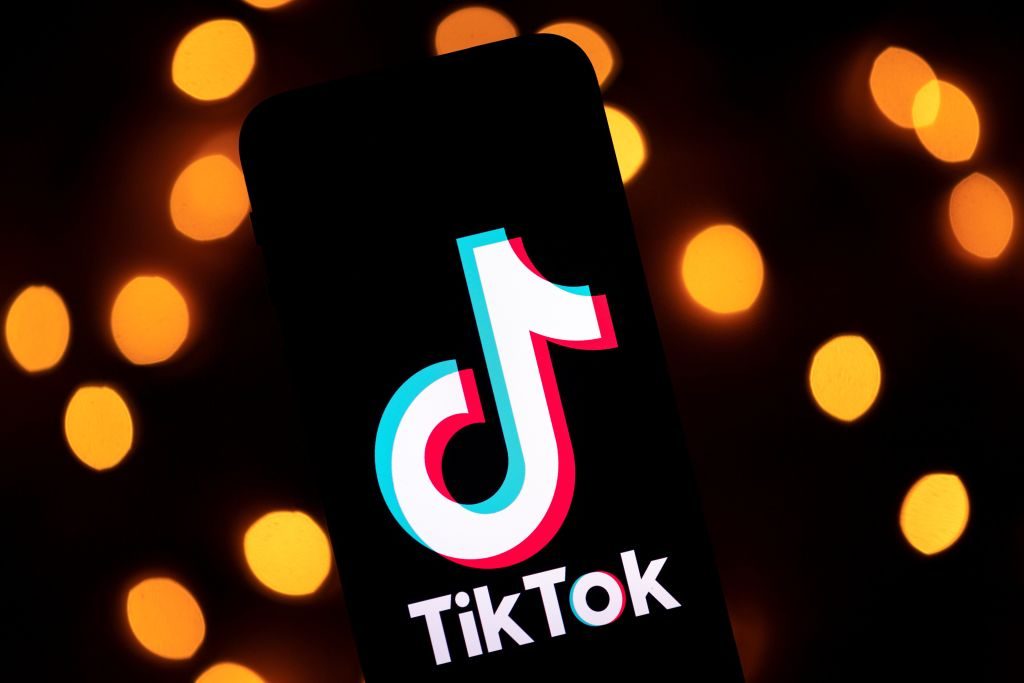 I’ve heard that Black TikTok creators are on strike. Does TikTok not own their content? Do these creators have a union? How does that work?

It’s true that TikTok is one of the more confusing social media platforms. It’s more about lip synching and dancing than it is about political arguments with strangers, and if you want to show off an outfit, you have to jump in the air to change into it first. When in Rome!

The fact that dance is one of the major means of communication on TikTok means that its top creators have found a loophole to the perennial problem of social media, which is that the companies usually own all the content you post on their platforms. (To see this play out, consider the case of the Black photographers who recently sued Buzzfeed for embedding their Instagram BLM protest photos in a story.)

Dance, however, is different. While TikTok owns the rights to the videos, they do not own the rights to the dances therein. This is new territory for copyright, since dance has only recently become lucrative enough to fight over thanks to social media and, of all things, Fortnite.

When we last touched on this subject, the choreographer for the “Single Ladies” video, JaQuel Knight, had recently copyrighted the famous hand-flip dance. But even if other choreographers followed suit, many of them would lack the ability to enforce copyright over their dances. Enter: the TikTok strike.

Uniting under the hashtag #BlackTikTokStrike, Black creators refused to develop dances for newly released music because, they say, their hard work has too often been appropriated (especially by famous white TikTokers) without credit. A Washington Post article points to two dances created by Black TikTok users that were subsequently appropriated by the TikTok star Charli D’Amelio, a 17-year-old who is not only not Black, but also from Connecticut.

And while there’s no union or formal strike, observers suggest the effort is already having an impact. They note that the blackout is a major reason Megan Thee Stallion’s new song, “Thot Shit,” has failed to take flight on TikTok.

With this in mind, I would encourage creators to start copyrighting their dances before they debut them. It’s a necessary first step before a lawsuit—plus, I like the idea of copyright lawyers across the country having to bone up on their Tootsie Slides.