Bug Infestations at Museums Surged During Lockdown. Here’s How They Are Fighting Back to Defend Their Art From Pesky Critters


What’s a museum conservator’s greatest enemy? If your mind went straight to men in ski masks, disorderly visitors, or even climate-related threats, you’d be wrong. A much more banal threat haunts these experts’ nightmares: bugs.

And the problem has only gotten worse lately. Many pests are most active in the springtime. Thus, conservators were alarmed when museums were forced to lock down at the beginning of the pandemic in 2020.

“The combination of spring breeding season and dark, undisturbed galleries with no visitors as a result of lockdowns created favorable conditions for pests to thrive,” Madeline Corona, assistant conservator, decorative arts and sculpture conservation at the J. Paul Getty Museum in Los Angeles, told Midnight Publishing Group News recently. “It’s no surprise that museums all over the world saw an uptick in pest activity during this time.”

At the Getty, shortly after lockdown began in the spring 2020, routine pest monitoring revealed an uptick in the number of webbing clothes moths in some of the decorative arts galleries. Having located the unwelcome guests hiding around one of the South Pavilion decorative arts galleries’ most popular works—the pink 18th-century French day bed—the museum embarked on a year-long project to deep clean the galleries.

This level of intense concern about infestation is hardly unique to L.A. As Corona puts it, “Pests are a constant, inherent challenge in collections care worldwide.”

According to a spokesperson for the British Museum, the biggest threat it sees is from webbing clothes moth Tineolla bisselliella, which “can pose a risk to collections with a high organic content.” These common moths will munch through clothes, tapestries, even carpets.

Other pests that pose significant threats to museum collections, especially in the U.K, include bugs like silverfish, which eat books, paper, and cotton, and carpet beetle larvae, which munch on silk, wool, fur, and feathers. 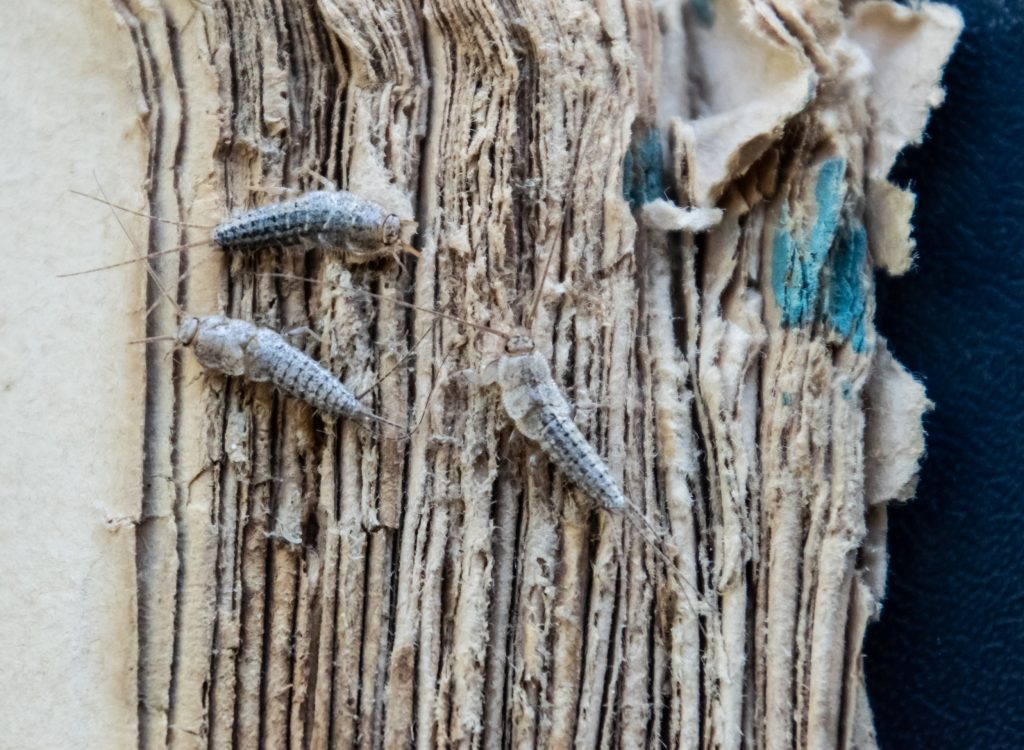 Silverfish in three pieces on the torn cover of an old book.

Even at museums that don’t have original textiles on display or organic objects in the collection, like London’s quirky cabinet of curiosities, Sir John Soane’s Museum, clothes moths still pose a threat. “They are a threat to reproduction textiles such as wool curtains and carpets and are more active here than other pests such as carpet beetle and silver fish,” the museum’s conservator Jane Wilkinson explained.

Fortunately, many of the U.K.’s institutions had carefully thought-out procedures in place to avoid infestation during lockdown. Neither the British Museum, Sir John Soane’s Musuem, nor the Victoria & Albert Museum, which looks after an impressive 14,000-piece collection of garments from the last five centuries, reported any increase in pest activity during lockdown—in fact, the V&A reported a decrease in pest infestations.

But experts at all three museums attributed this to rigorous cleaning processes, as well as official IPM (Integrated Pest Management) policies and procedures which allowed them to keep the necessary expertise on the ground at all times, monitoring insect traps, inspecting collections, and doing environmental checks.

Not all institutions have been able to keep eagle eyes on site at all times during the pandemic. With limited numbers of expert museum staff on the ground, it became more important than ever to ensure that frontline workers—from cleaners to security staff—were educated about how to spot pests that may look harmless but that could have devastating effects on collections.

To this end, Helena Jaeschke, a conservator at the Southwest Museums Development consultancy in the U.K., even developed a card game called Save the Museum. The deck has 26 cards, each featuring life-sized silhouettes of common pests with more information about the damage they inflict on the reverse of the card. 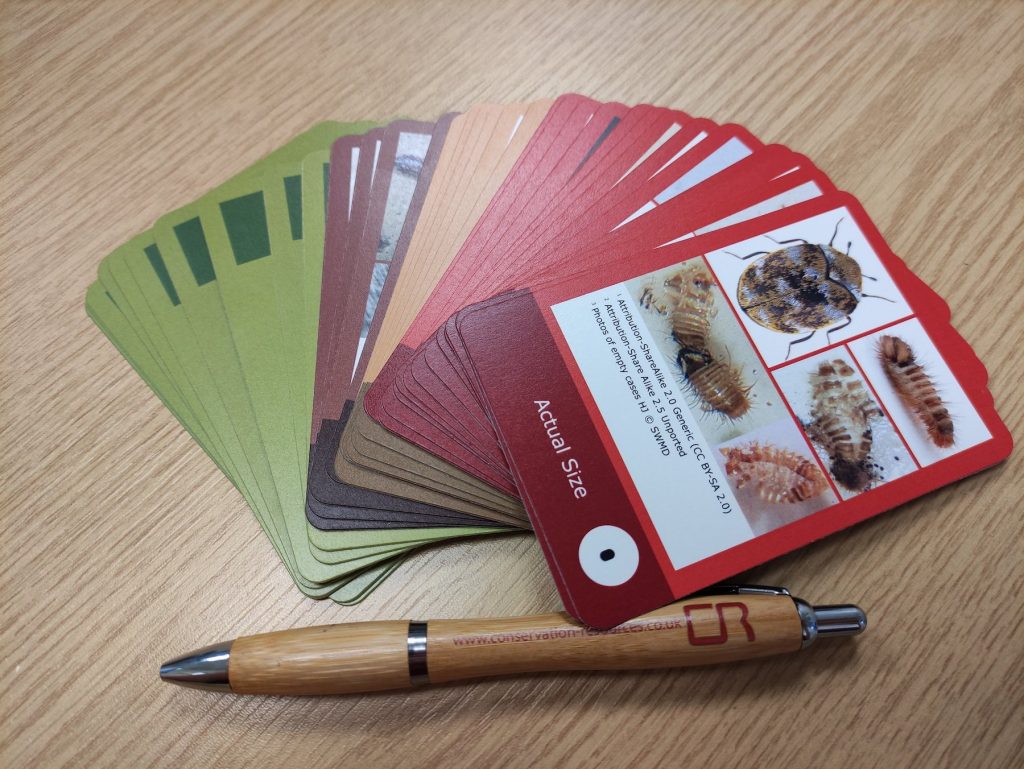 Save the Museum card deck. Image via Conservation Resources.

“You can flick through the cards to learn details about pests and possible treatments whilst having a coffee break, or else challenge each other with a game,” Jaeschke said in a statement. “It’s a great way for everyone to become more confident in identifying and dealing with pests and protecting our heritage.”

The cards are available to buy online. Decks have been delivered to some 138 museums in the southwest that signed onto the region’s Pest Partners initiative, along with kits designed to help museums identify, trap, and track pest activity.

Counting Moths at the Met

Teamwork and proactive examination is also very much a part of the battle plan at the Metropolitan Museum of Art in New York. “We have a comprehensive integrated pest management program,” said Lisa Pilosi, conservator in charge of objects conservation at the Met. “Even through there are specific people dedicated to that program, it’s kind of a museum-wide responsibility to think about this.”

Though the museum has one IPM program administrant and research scientists focused on preventive conservation issues including identifying pests and working on mitigation, “we sort of fan out from there, where every curatorial and conservation department has at least one person who’s assigned to the moth monitoring process.”

This includes maintaining moth traps throughout the building, “especially in areas we think might be problematic. These assigned staff members check them on a regular basis and we keep a museum-wide record of where we’re finding moths. So it’s a matter of where is it ticking up.” 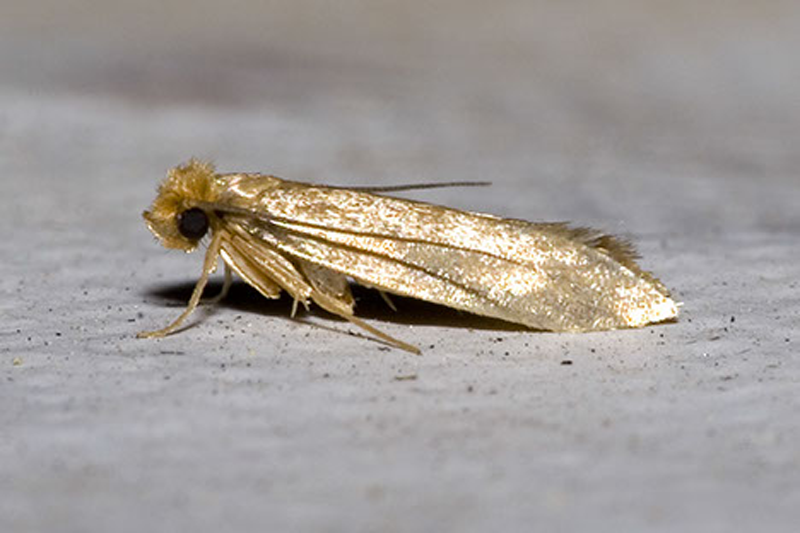 In addition, Pilosi says, “Our guards are super observant and they are always looking at the collection and what’s going on.”

A few days after the shutdown in March 2020, a group including the leaders of the collections emergency team met and came up with a list of about 30 staff who have collections responsibility, who were either in walking distance of the museum or who were close enough to come in with their car. They identified everywhere there was art or an important archive, whether on display, in storage, or in libraries. “We made a roster so that every two or three days a team of three from this larger group would walk through some of those spaces… so we had eyes on everything.”

Some U.K. institutions are pushing the practice even further with the use of scientific experimentation. The National Trust, which is a heritage charity that looks after more than 500 historic properties—including castles, ancient monuments, gardens, parks and nature reserves around the U.K.—is trialing an inventive way to crack down on its uptick in pests.

“There’s no doubt lockdown suited our resident bugs,” assistant national conservator Hilary Jarvis said. The problem was compounded by mild winter conditions followed by a particularly warm spring, and the result was that 173 of National Trust properties reported record numbers of insects, representing an 11 percent total increase in pests from the 2019 report.

Blickling Hall in Norfolk, a historic property believed to have been where Anne Boleyn was born, was particularly affected by clothes moths, which caused damage to some of its collections, including a tapestry of Peter the Great that was gifted to the property owner by Catherine the Great in the 1760s. 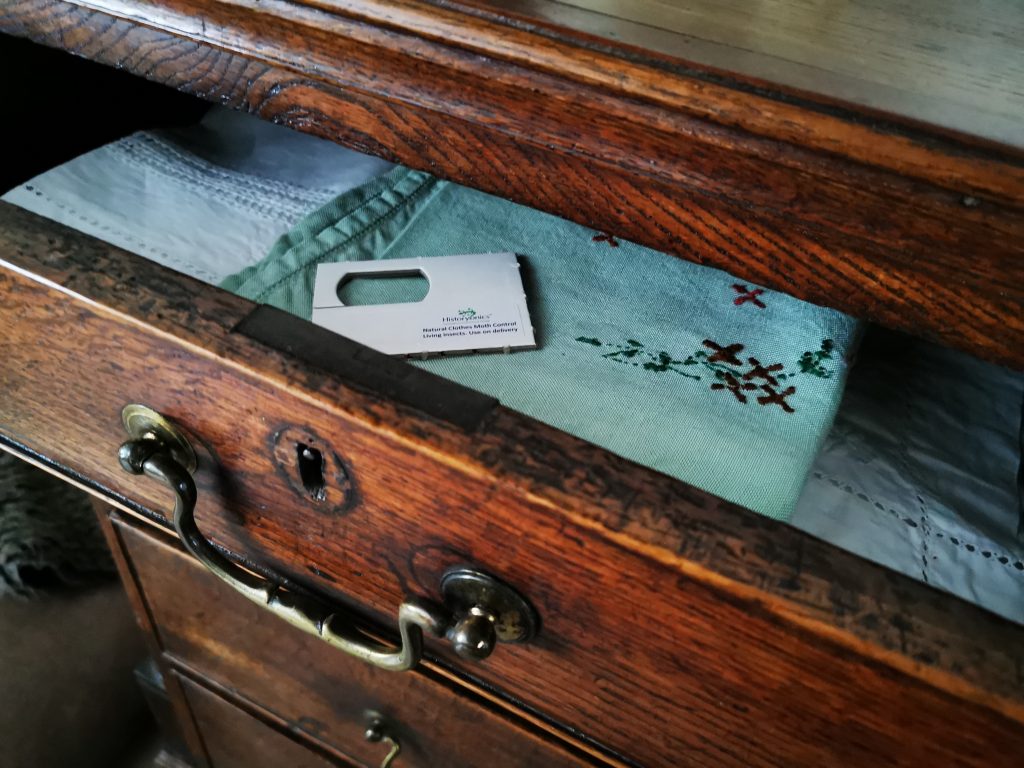 Following scientific research, it decided to experiment with a natural pest-control method by releasing microscopic wasps that are clothes moths’ “natural enemy.”

Called Trichogramma evanescens, these tiny parasitic wasps are just 0.5 mm in length and nearly invisible to the human eye. They are supplied in small card dispensers containing up to 2,400 wasps that can be discreetly hung or placed around the property. Without being harmful to humans or other animals, the wasp parasites seek out moth eggs and lay their own eggs inside them to hatch new wasps. After laying eggs, they die naturally and disappear “inconspicuously into house dust.”

The trial also includes the deployment of specially prepared female moth pheromones, which could disrupt adult mating by confusing the male moths.

The National Trust began the trial in February 2021, and Jarvis reported limited early results at the most recent Pest Odyssey conference earlier this month, joining organizations like the U.K. Pest Odyssey Network for support and advice from specialists in heritage pest control. Early data after six months suggest a greater drop in moths when the wasps were used in combination with the pheromone disruption, compared with just using pheromone disruption on its own. But Jarvis said these numbers should be looked at with caution: the warmer weather and lockdown surge in pests in 2020 boosted comparable figures, which could give a false impression of the extent of the drop.

The trial continues, and given the stakes, museums around the world are watching.