Barbara Kruger likely needs no introduction. Her work is taught in art history classes and is instantly recognizable to the uninitiated as well (think of the ubiquity of Kruger’s November 2016 New York Magazine cover with ”Loser” printed across Donald Trump’s sneering face.) She’s also very publicly tangled with the streetwear brand Supreme, whose logo and entire branding seems to have pirated Kruger’s visual vernacular, causing a circus of copyright infringements that ultimately prompted Kruger to laugh it off: “What a ridiculous clusterfuck of totally uncool jokers.”

Despite these outbursts in mainstream culture, Kruger has been rather inconspicuous in the art world in recent years. Her last gallery showing was in 2018 with Mary Boone, and while her slogans-as-statements have been spotted at art fair booths since, there really hasn’t been an important exhibition–until now. This past weekend, the Art Institute of Chicago unveiled the largest comprehensive exhibition of Kruger’s work in more than 20 years. It will be on view until March 2022 before heading to the L.A. County Museum of Art, through July 2022, followed by a stop at the Museum of Modern Art in New York.

Kruger, a powerful critic of contemporary culture, isn’t approaching the exhibition in a standard format. She’s taking over non-gallery spaces in the museums, as well as intervening into the public domain, alway seeking to offer her art in the most accessible modes.

We spoke with Kruger about how she’ll be remixing some of her most famous works, the thousand-year persistence of power struggles, and her major new traveling museum survey. 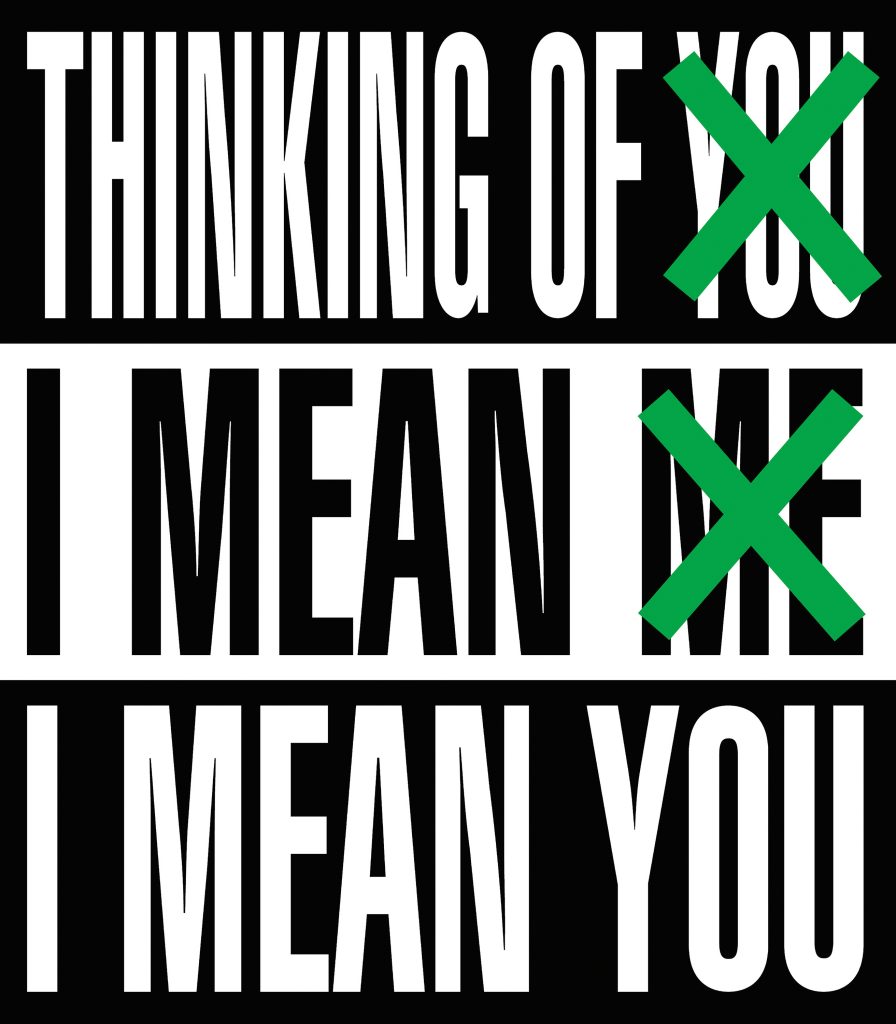 Barbara Kruger, Thinking of You. I Mean Me. I Mean You. (2019). Digital image courtesy of the artist.

I was told you were calling this an “anti-retrospective,” but then I read that’s not true. What is the deal?

To me, this exhibition is called “Thinking of You. I Mean Me. I Mean You.” There we have the title of the show about our own ego constructions, our narratives, our ability to speak and listen, our investment in our voice, or others—all those shifting positions. So I would not call it a retrospective, it’s a conflation of new works and renovations of older works and changing them.

This is just an open field, this isn’t a pushback, like “Wow, I have this terrific opportunity because these large-scale shows came a little later in my life.” I don’t have a MFA or an undergraduate degree. I loitered around for a few years before people knew my name. So I am appreciative not only to get to do a show like this, but of the great teams of people behind it. I take none of this for granted. I spent so many years doing all of this on my own before you knew my name, or anybody did, it’s a gift to me. I know how much labor has gone into this, and as someone whose parents traded their labor for wages, I have a great deal of respect for that.

Tell me about the new works that are in dialogue with or a reevaluation of your previous works?

There are different images of my work that have been altered through a very large scale of L.E.D. videos, in which I used motion graphics and animated a few of the works. Change meanings to make stillness move. There’s a large installation, Untitled (That’s the way we do it), which is basically a collection of images I’ve collected online over the last four or five years, and are folks’ renditions of my styles of work that I’ve incorporated into the installation. There are maybe 600 images? Things I’ve caught on Tumblr or Redbubble or Google Images and Instagram.

In this exhibition there is the appearance of works that seem familiar to people, and the altering of the works (perhaps ruining them for some people) puts them in motion. Taking stillness and putting it into motion. There’s ambient audio throughout this exhibition, there are voices speaking to you in the halls and galleries, in the elevators and entries to the museum. 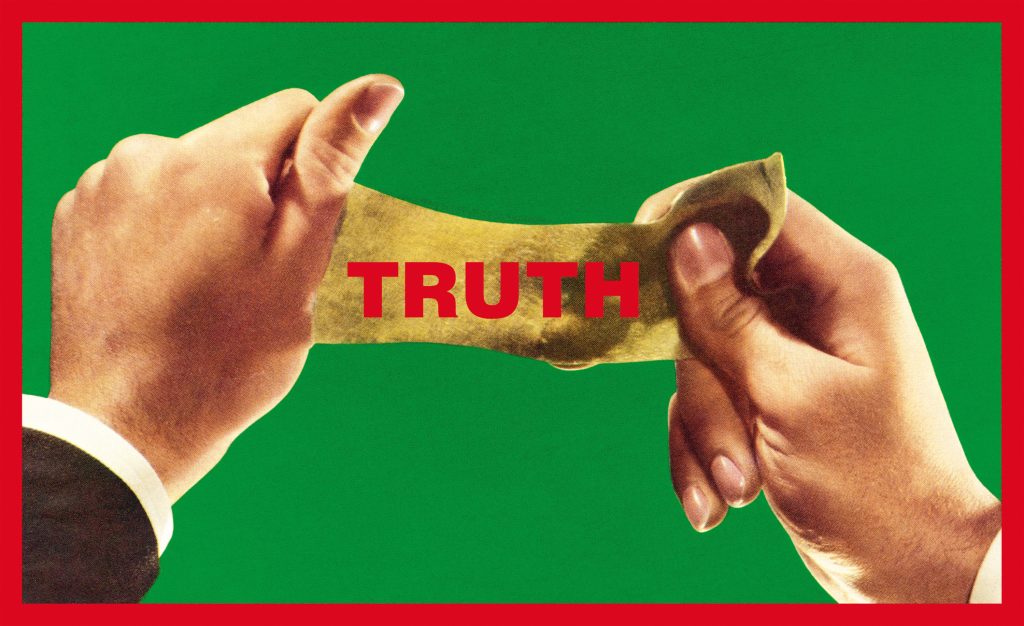 You’ve played a significant role in designing the exhibition. Tell me about that.  Similarly, why was bringing work out in the streets crucial?

Architecture has long been an engagement of mine, and it was only mid or later in my work that I was able to specialize. In the beginning it was very small, I was paying for everything myself and carrying it up five flights of stairs from the E train from the photo lab. As I started working with installations it was a great opportunity to engage the various spaces that the work was trying to make its meaning in. That’s so integral to my work, whether it was wallpaper or floors or surfaces, or even multi-channel videos which can change in scale so easily.

Aside from billboards and posters on the elevated trains, bus kiosks, windows along main streets, large billboards along the highway, and the Merchandise Mart there’s a very huge video that will run every night for the next two months on the walls outside the museum and along windows on Michigan Avenue. That was really gratifying. It’s really wow, it’s really a great opportunity for me, and I never take for granted being offered that opportunity.

I’ve always worked outside the museum space, from early on whether it was Art Angel in London or the Public Art Fund in New York, or out in L.A. That’s been an important space in my practice. Early on it was my only mode, I would snipe posters before people really knew my name or my work. I’ve said this before, but it’s still a surprise to me that things have rolled out the way they have.

I think it’s amazing that the works have entered public space and discourse, and I think it’s part and parcel of the times we’re living in. The flow of images has changed so much because of social media and our online lives, and our lives on screens and through screens. In many ways my early work as a magazine designer really did prepare me for the kinds of readings that would be accessible online. 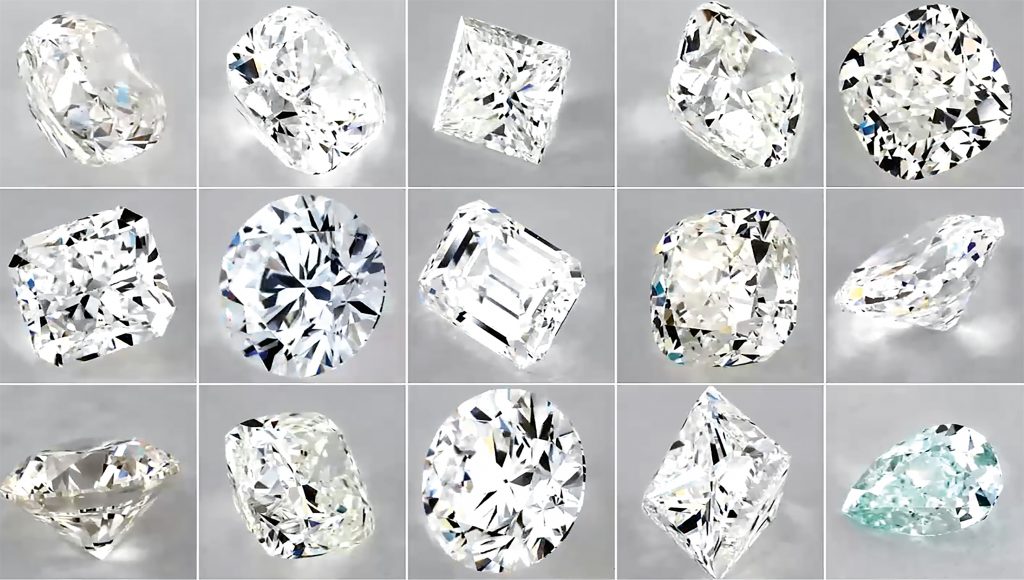 In an age where your works are shared so widely online, and consumed by internet culture to the point of appropriation, why do you keep your personal internet presence discreet?

Well, I am online. I certainly read and look at everything. Twitter, Instagram, Reddit, and every right-wing website you can imagine. I certainly keep up on that. It’s important for so many people to use Instagram and Twitter as a means of self-definition, and making themselves public by really communicating their loves, their hates, their projects, and I really have chosen not to. I don’t think it’s something that’s productive for me. It’s certainly part of my life. It’s not like I’m sealed off.

I get input on my work a lot. I think it’s best for me to do my work and be as productive as possible. You can’t be everyone’s image of perfection, so what the hell?

This exhibition could be called, perhaps, “a moment of reflection.” What’s your take on your work’s prescience? Whether about consumerism, feminism, or the attention economy, you’ve been rather spot on when it comes to understanding the politics and crises of today.

I am not clairvoyant! Absolutely not. I just think that the long shot, the big picture allows you to understand how history has worked. And I’m no historian. I certainly don’t know as much as I should, but I am vigilant about the machinations of power and trolling, fear, grievance and how they’ve played out over centuries. Of course, the difference is now that we’re more aware of it, because of the interconnection of a lot of the world. Certainly fears based on genders, race, and class are stalking us as never before. 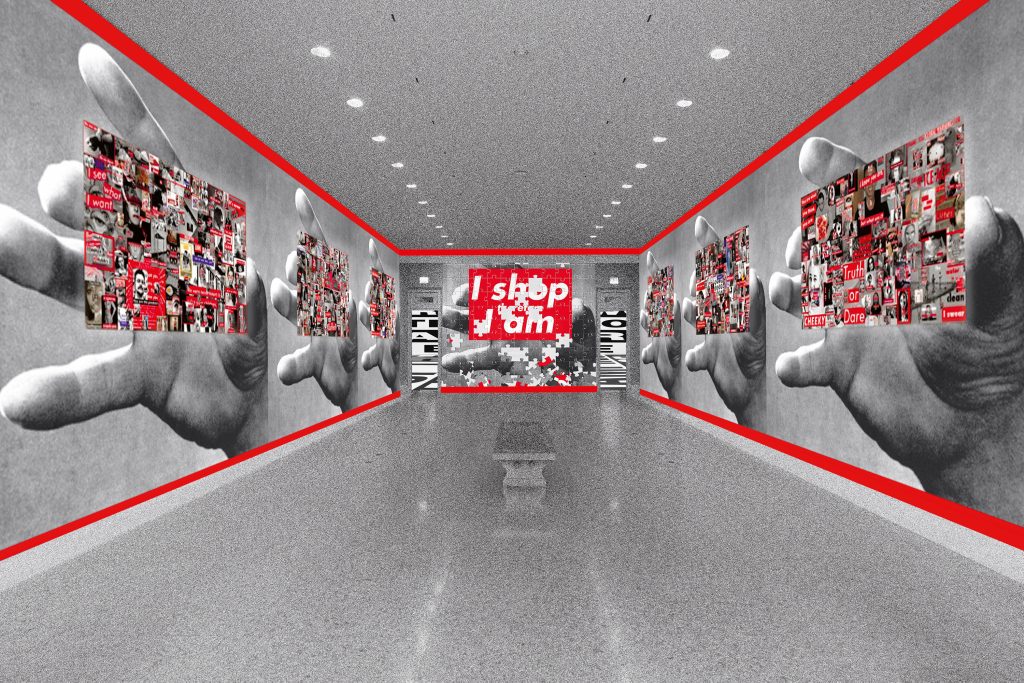 You’re known for your bold stances. Do you think that society’s modes of outspokenness have changed in the last few years as politics has heated up, and has that affected your practice?

It’s not really affected my work. I really think that my work has been concerned with a scrutiny of how we are to one another. How we love one another, adore one another, detest one another, damage one another, how we caress one another on both an intimate and global scale. The history of the past thousand years is fraught with power and its abuses.

I did an installation I originally did in 1994, and re-did in 2004 in Zurich, and somebody thought it was my reaction to 9/11. Of course it was done years before. The conditions exist for punishment and damage globally are not hot news. It is just a perpetual slaughter. It’s really horrifying! 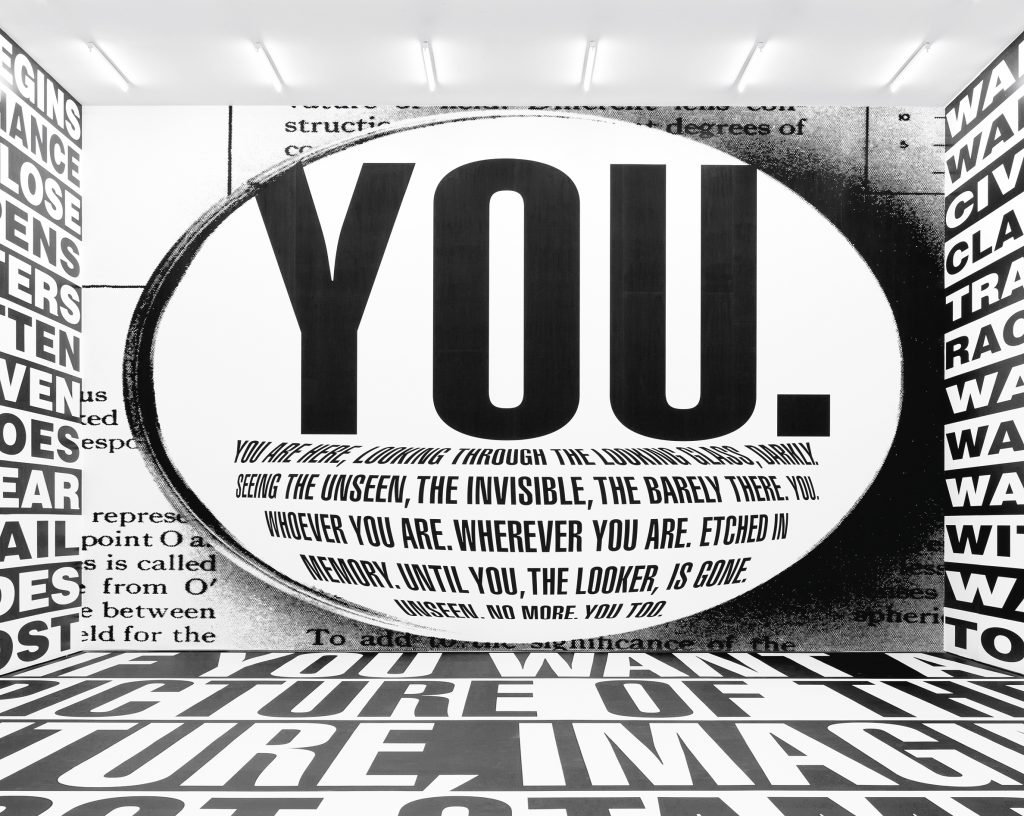 Your work has always been about the underlying systems and structures of society—power, capitalism, control, bodies, and identities. Has your view of contemporary culture become more or less critical in these times where the stakes are so high vis a vis your practice?

I wouldn’t say critical. I’m just trying, like most art or music or movies, to create a commentary—not literal—of how it feels to live another day, to watch the world turn itself inside out or try to turn us inside out. The sort of commentary of what I see and read. The resolute grievance, ignorance, and race we are seeing right now.

You once said, “People will need to think very hard about how they are to one another.” And I’m curious after the almost two years we’ve had, what your thoughts are on that now?

I am certainly not cynical, but I feel that it’s tragic. It’s watching a slow-motion car crash of the destruction of so many lives and the economy (and I’m not talking about big corporations). I’m talking about people’s everyday lives and their livelihoods. And the ironies. I could see there’s a place for productive critique of the hierarchies of governmental structure but that’s not this. This is fueled by race and rage, and grievance.

You could tell people anything now, and they would say “it’s just a lie, the truth is this or that.” It’s interesting because social media and the digital universe have enabled so many things and made connection so much easier, but then also allowed for a great deal of damage and distress and punishment, and everything in between. Both the pleasures and the punishment.

How you feeling about Supreme these days?

It’s not anything I think a hell of a lot about.

It’s funny, in the first room of the exhibition, where you see all these internet images, there’s a huge L.E.D. of “I Shop Therefore I Am,” and there’s a collection of images I got from RedBubble with all these garments with quotes or tees with sayings with them. It’s a meditation for me on the difference between the figure and the body. Who’s become visible and who doesn’t is such a complicated conflation of arbitrariness, of social conditions and all that, and yet you become a name, this person, this figure. I find it thrilling, amusing and a little scary.