Making gumbo takes about six hours. Delano Dunn knows, because that’s about how long the video is for the Zoom cooking demonstration he did last May during his residency at Arts and Public Life in Chicago, preparing gumbo and sharing the family recipe for the first time.

“I had other artists who worked with food call in, and my mom called in, trouble shooting the gumbo as I was making it,” Dunn told Midnight Publishing Group News. “It was exhausting but it was a lot of fun.”

Dunn documented his gumbo recipe—named for his mother, Diane Mangle—from beginning to end as a way to complement “Roux,” a new series of mixed-media works inspired by the ingredients for the soup, a classic New Orleans dish featuring meat, seafood, and the Creole “holy trinity” of celery, bell pepper, and onion.

“Gumbo’s a huge part of my family,” Dunn said. “My experiences with it were sitting around in the kitchen, watching my mother clean shrimp, prepare the chicken, cut up the sausage, make the roux, stirring it forever to make sure it didn’t burn.”

“When I started the residency, I had just had some gumbo and was thinking about how important it was to me. I thought, ‘I’ll make a couple of works about gumbo—it will take me out of my comfort zone, because I don’t normally make work about food,’” Dunn said. “Then COVID hit and I couldn’t work on my other projects.”

In the end, “Roux” became a set of five collages and one half of the artist’s firstsolo museum show, “Delano Dunn: Novelties,” currently on view at the Brattleboro Museum and Art Center in Vermont.

The works combine mylar, tape, wallpaper, vinyl, cellophane, and historical imagery borrowed from library archives that the artist scans and prints in high resolution. Dunn also incorporated a new material, aluminum roofing tar, in place of his typical shoe polish, which serves as a reference both to African American shoe shine boys and its use in blackface makeup. 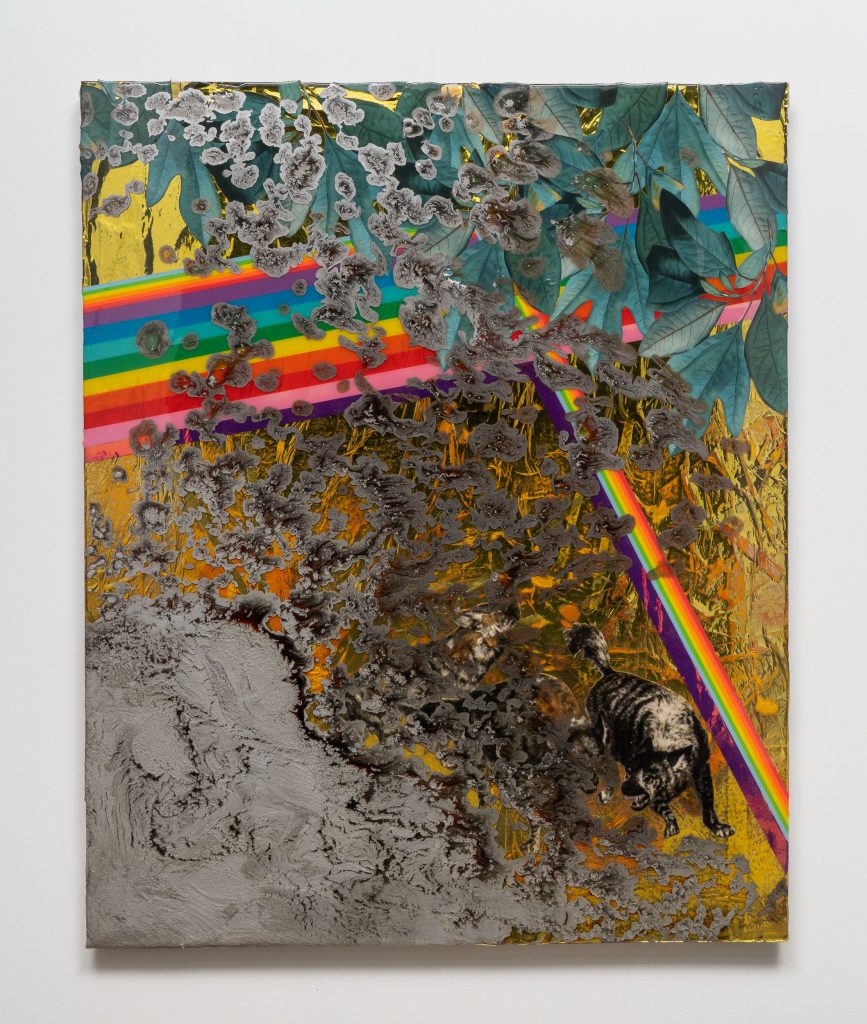 “I wanted to bring in material that had a history as a form of protection that I could still manipulate like I do with the shoe polish,” Dunn said. “Silver roofing tar deflects heat. It protects the inside environment so it doesn’t get too hot and the bills don’t go up.”

The final piece in the series is Untitled (The Bear). “I just wanted to think about my aggressive nature when it comes to the gumbo,” Dunn said. “I think I’m some kind of protector, preventing cultural appropriation.” 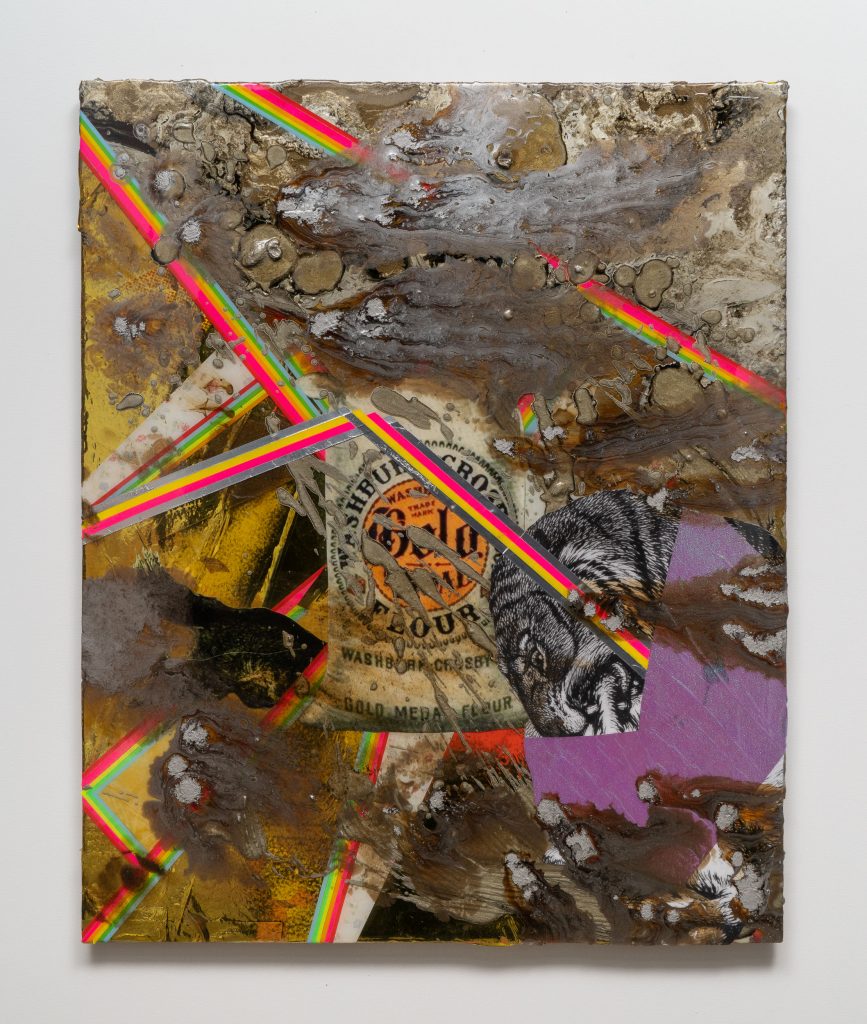 But the series isn’t meant as a grand statement about the legacy of African American cuisine in Southern cooking traditions.

The night before, combine packets of dried and powdered shrimp, onions cut in quarters, celery cut in quarters, garlic, cleaned shrimp heads, and the oysters (and their juice) with cold water in a large pot.

Boil and then let simmer as long as possible for a richer taste. You may add water during the summering process as needed.

Strain and cool stock and then refrigerate.

Cook chicken and sausage in separate skillets. This can be done a day in advance and refrigerated.

Heat up the stock in a large pot.

Heat oil in a large cast-iron skillet and add flour, stirring constantly, careful not to let it burn.

After roux reaches the color of milk chocolate (45 minutes to an hour), add the bell pepper, onions, and celery. Lower heat and cook until vegetables are soft. Continue to stir constantly.

Add sausage and chicken to hot stock. Cook for 20 minutes.

Add roux mixture to the stock and season with the bay leaves and powdered ingredients (parsley, black pepper, red pepper, salt, oregano, and Creole seasoning). Cook for another 20 minutes.

Add filé powder and let the gumbo thicken. You can always add more roux if your gumbo is not thick enough, or a little chicken broth or bottled oyster juice if it’s too thick.

Taste and see if you need more salt, pepper, etc. Serve over rice.