Art Industry News is a daily digest of the most consequential developments coming out of the art world and art market. Here’s what you need to know on this Tuesday, February 16.

UK Government Says “Retain and Explain” Problematic Monuments – The UK’s culture secretary, Oliver Dowden, plans to tell museum and heritage leaders at a meeting later this month that they “must defend… culture and history from the noisy minority of activists constantly trying to do Britain down.” Representatives from the National Trust, Historic England, the National Lottery Heritage Fund, Arts Council England, the British Museum, and the Imperial War Museum will be in attendance. (The Art Newspaper)

Ukrainian Art Scholar Reportedly Imprisoned and Tortured – Art historian Olena Pekh has reportedly been imprisoned for nearly three years in a Russian-occupied region of Ukraine, where she is said to have been tortured. The 49-year-old research fellow was arrested by Russian rebels in 2018 and sentenced to 13 years for rebellion in what the Ukrainian National Committee of the International Council of Museums (ICOM) says was a fraudulent trial. ICOM Ukraine and Poland are both appealing to the Organization for Security and Co-operation in Europe to secure Pekh’s release. (TAN)

How Black Abstract Painting Claimed Its Place in the Canon – Arts journalist Megan O’Grady surveys the history of abstract painting by Black artists writing that though it “may not have tidily fit into [a] narrative of freedom and revolution… it was a vital component” of the Civil Rights era. Among the artists discussed in her essay are Howardena Pindell, Sam Gilliam, and Jack Whitten. (New York Times)

A Closed IKEA Could Become an Art Center – An IKEA in Coventry, UK, which closed in March 2020, could become an arts center depending on the outcome of a vote by elected officials next week. Officials in the city, which is the UK’s 2021 City of Culture, could transform the seven-storey building into a home for national and local artworks and collections that are not currently on display in its other museums. (BBC)

Controversy Brews Over Art Collector’s Planned Museum – Some 1,200 pieces of African art belonging to collector Sam Njunuri are sitting in limbo in a warehouse at the expense of taxpayers in Harris County, Texas, while apparently awaiting a museum that Njunuri has in the works. A criminal investigation is ongoing into how so many works arrived in the area, and whether Njunuri actually owns them. (Houston Chronicle)

Art Paris Moves Its 2021 Edition to September – The fair for modern and contemporary art has been pushed to September 9 to 12 in light of the coronavirus pandemic. (Le Journal des Arts)

London’s National Gallery Plans a Major Revamp – A £25 to £30 million renovation project is set to be completed by early 2024 and includes an upgrade to the lobby of the Sainsbury Wing, a research centre, and improved outdoor space on Trafalgar Square. (TAN)

Tel Aviv Museum of Art Gets New Top Curator – Mira Lapidot, a veteran curator who has worked at the Israel Museum for more than 20 years and organized exhibitions of works by artists including Ai Weiwei, is moving to the Tel Aviv Museum. “I consider artists to be partners on our journey,” Lapidot told the Times of Israel. “Their work is the very reason for the museum’s existence.” (Times of Israel)

Inside the Louvre’s Flood-Safe Storage Facility – A $73 million facility in the French town of Liévin will become the home for 250,000 works of art from the Louvre’s collection at the end of a five-year project. So far, 100,000 works have been moved to the location in an attempt to safeguard them from the floodwaters of the River Seine. (NYT)

Sonia Boyce Chooses Theme for UK’s Window Art Exhibition – The organizers of a crowdsourced exhibition are asking the public to make artworks and display them in their windows. Artists Antony Gormley, Sonia Boyce, and Anish Kapoor will be among those setting different themes every two weeks for participants to work within. The first theme, animals, was chosen by Gormley; the second, portraiture, was chosen by Boyce. (Press release) 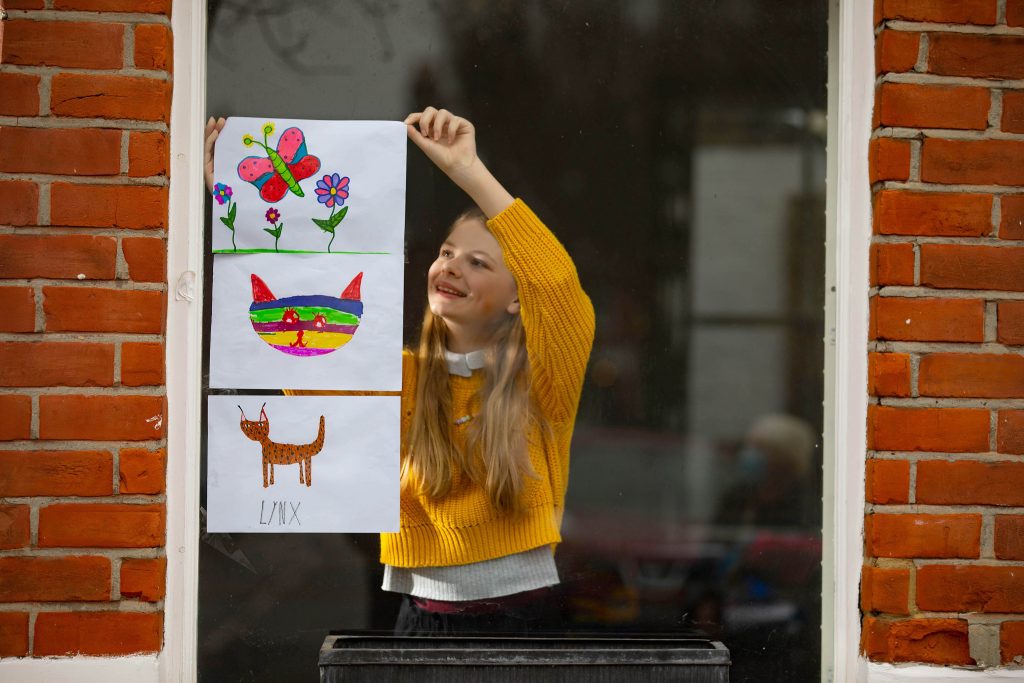 Artwork depicting animals, created by Louie is displayed in the window of a house in Acton, London to launch The Great Big Art Exhibition, the nation’s largest ever exhibition, an initiative by Firstsite. Photo: David Parry/PA Wire