Based in São Paulo, Brazil, Jaqueline Lessa established her architectural atelier Entre Terras (translation: “between lands”) two years ago in order to answer human questions through craft. This ethos is evident in all of Lessa’s work, from her airy, minimalist design for São Paulo’s Haight Clothing Store to her free-flowing exhibition settings for the likes of the local Bergamin & Gomide gallery.

After studying in New York, Francisco Pardo moved back to his hometown of Mexico City in the early 2000s; from here, he established himself as a leading architect on the international stage. He did this, he said, by embracing the local way of “mixing things up”—a creative freedom that is vital to his work on projects such as Casa Aguacates, where he built a house under an avocado field in Valle de Bravo, a lake town outside of Mexico City.

With Midnight Publishing Group News, Lessa and Pardo discussed how they arrived in their careers, what drives their work forward, and their mutual admiration of Mexico as an endless source of inspiration. 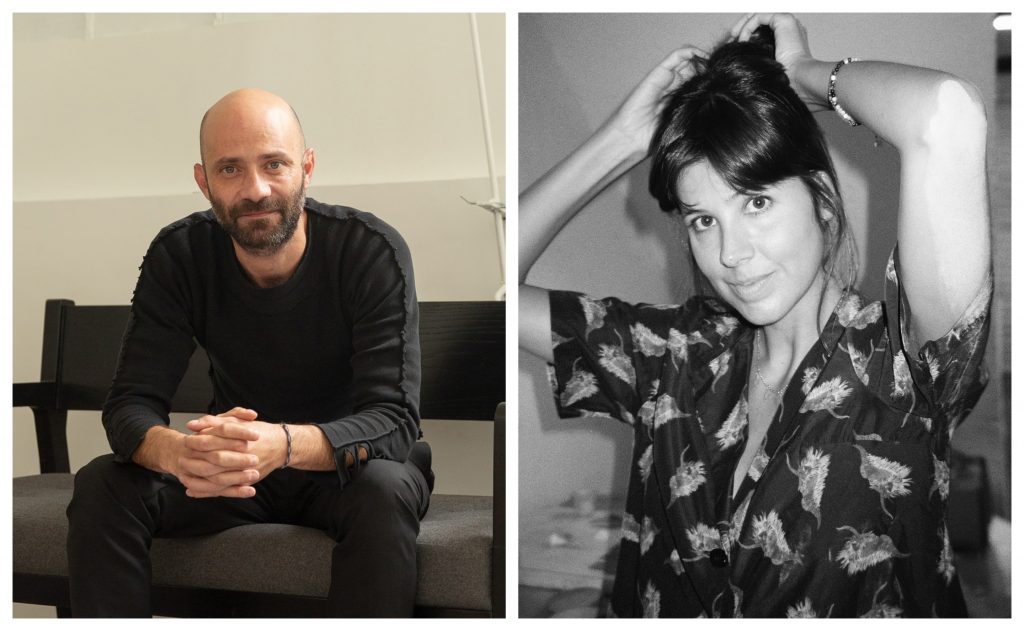 Francisco Pardo and Jaqueline Lessa. Courtesy of the architects.

What is the story behind each of your decisions to pursue a career in architecture?

Jaqueline Lessa (J.L.): I’ve thought a lot about this. I was born in the countryside, in a small city called São Lourenço do Sul, in the southernmost state of Brazil. My childhood was very related to nature and [the] earth. I’ve tried to remember all of the moments that I had and that probably made me aware that I wanted to have a creative practice.

I was very close to my grandmother and spent my childhood watching her growing vegetables and cooking them for our family. I think this simple gesture of changing something and then creating intimacy between people through her work, or something she was passionate about, was something that awakened my sense to the possibility that some activities [bring] a new perspective to an ordinary condition.

But I didn’t know I would be an architect until the moment I had to choose it.

Francisco Pardo (F.P.): I was [planning] to be an industrial designer, but got caught up in architecture—it was the only career [choice related to] design at my university. I fell in love the first day; I thought it was fantastic.

I had a similar experience to what [you] described, Jacqueline. My grandmother was a painter, and I was very close to her. She was also an interior designer at some point in her life. I never really saw her work, but she talked about it.

So there was a connection with family, but [for me,] the decision [of what to pursue] was random. It was a lucky thing that I ended up here. 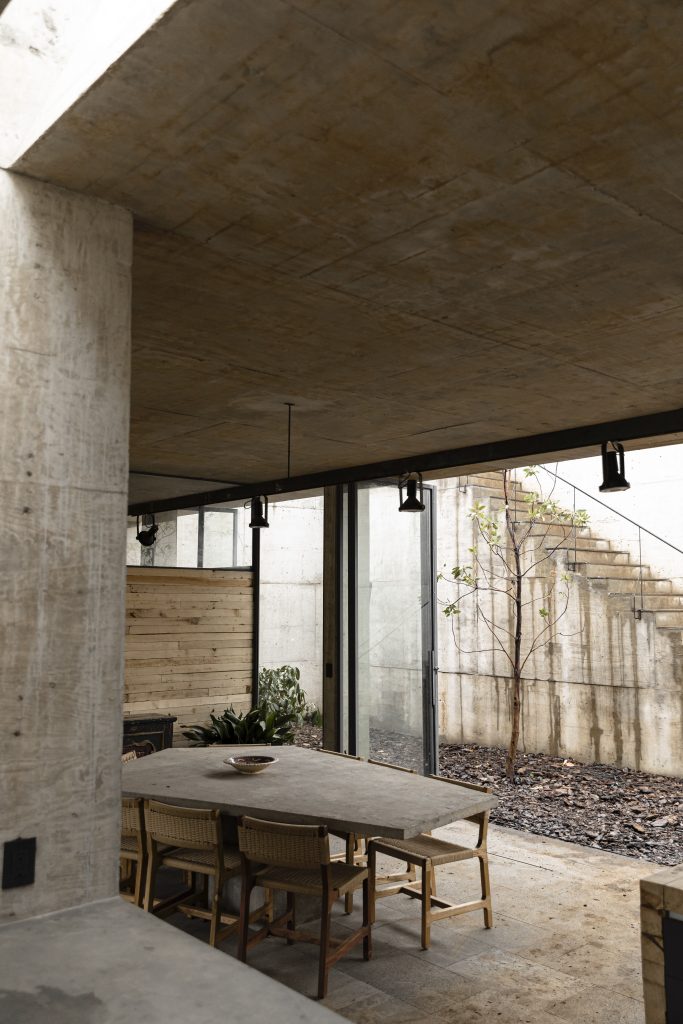 What do you believe is the most imperative factor in maintaining a creative career?

F.P.: That’s a very complicated question because there’s a lot of factors [in] the commitment to do something. I’ve given [it] a lot of thought lately, especially as an architect—you get involved in this profession and then end up thinking that everything revolves around architecture.

I think the pandemic helped me to understand that’s not true—that your profession doesn’t define your life. So, I’ve been trying to get out of the field in my free time and do [other] things that I like. I like to watch cinema, I like to go to art festivals, and I like to just walk on the street in different cities and see [what’s around me]. That’s the way that I learn [about] architecture.

J.L.: I agree with [you,] Francisco. I think it’s being able to perceive lots of aspects of life aside from architecture; it’s coming back to the things that will feel true.

I’ve thought a lot about Paulo Mendes da Rocha this year. I think he was a very good architect, not because he knew how to draw, but because he understood life.

Can you explain what drew you to Mexico as a fruitful setting for artistic production?

F.P.: I lived in New York for five years. It was a very complicated city, with [a lot of] competition. I realized that to make it in New York would be very hard. You’ll probably be 40, 50 [years old] before you even get a good chance to do architecture.

I come from Mexico. It’s a country that is hands-on. I arrived [in] Mexico, I opened a studio, and I was building five, six-story buildings by the time I was 28. My friends from New York were doing probably an interior [project] at the most, and they were trained as architects.

I think I was lucky because I entered into a new era of Mexican design. A lot of things—from artists, architects, chefs, and all [of] the creative scenes—have been booming for the last 15 years. 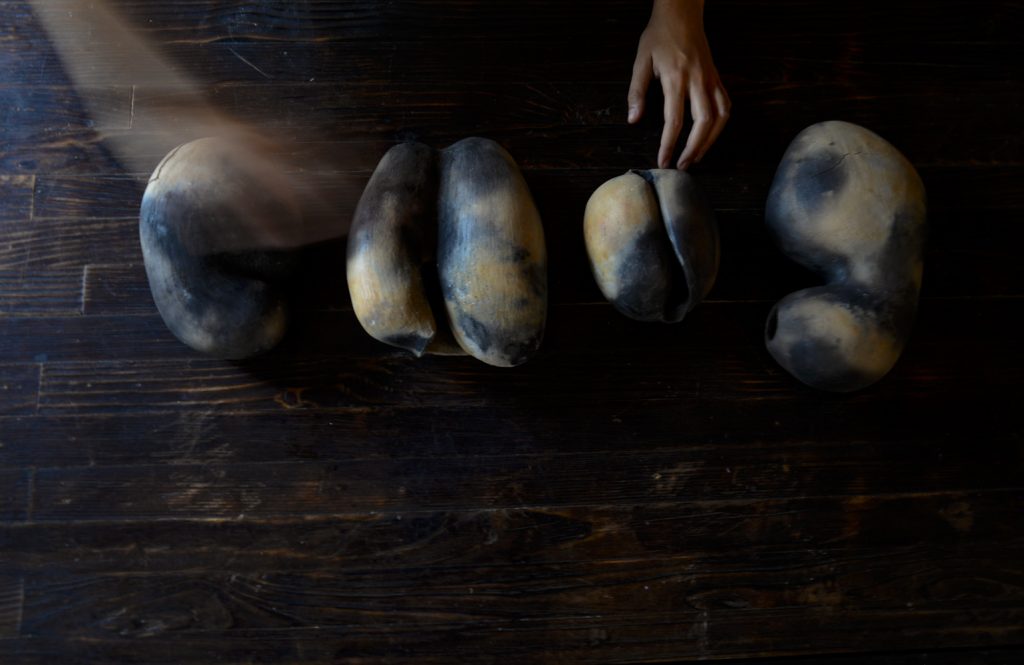 J.L.: The last time I was in Mexico, I was a resident at Pocoapoco, in Oaxaca. It’s a very special city, very much rooted in the presence of traditions. [In] Mexico, people are a little bit more aware of [their] past. In Brazil, we are still discovering things.

I feel [like] Brazil is an island in Latin America [due to its language and distinct culture]. Going to Mexico was a way to understand Mexico, but I was able to come back to Brazil with more understanding about who I am as a Brazilian and who we are as a country. I also wanted to come back with questions about things that I don’t know about, that we are trying to understand.

Can you talk about your creative processes?

F.P.: For me and my team, it’s very important to look at every project as a different entity, a different prototype. I try to open the discussion formally and programmatically. Every project has its own conditions, so the result [is always] different.

I focus [on] what the site has to say. Each site gives you information—the elements, the local materials. [After] research, the design process is very simple. Lots of the planning, very little with the execution—that’s the main idea.

The creative process for me has to do with the simple stuff—what is [on] site, the sun, the wind, any natural elements. For example, in Casa Aguacates we wanted to keep an avocado field intact, so we decided to bury the house; by [building below ground] we did not affect the view. 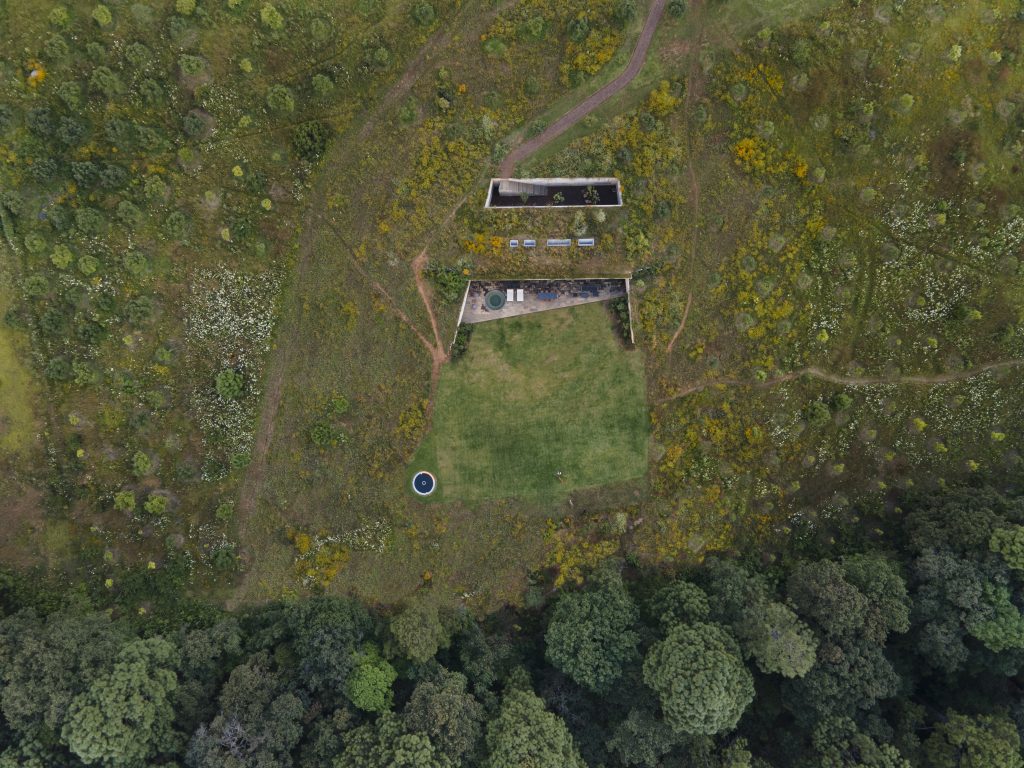 J.L.: I agree with you that when we’re building something in the countryside, the context gives you information, more strategies maybe. In the beginning of our practice, we [Entre Terras] had more commercial projects. With those, I didn’t feel that we had much information.

Now, we are developing residential projects in a rural area of Juquitiba, which is known for having the largest green areas in the state of São Paulo. We are very much considering the context in a way that we weren’t when we were building commercial projects.

In one of [Italian-born Brazilian architect] Lina Bo Bardi’s fantastic teachings, she said that she always starts a project by a function of aspect, imagining the future of the space—not in a formal way, but in a very humanistic way: how dinner will happen, how people will coexist. We always discuss a project imagining this moment of use, the life that the space could hold. What kind of moments are we creating? What levels of intimacy are we generating?

Oftentimes, art-making is rooted in research around a specific interest or inquiry, with the work reflecting a unique perspective from which to consider the world we live in. What points of concern do you consider to be most urgent today, and do you tackle those issues in your personal practice?

J.L.: I think probably the most urgent issue [we] have right now is climate change. This is an issue that we have considered a lot in the houses we are developing. [And as an atelier], we try to build less.

I believe architecture is an area where the idea that the future is ancestral applies: We look at the past to understand things from the present and to imagine a future. So, [the past] is something that we are researching in the office. 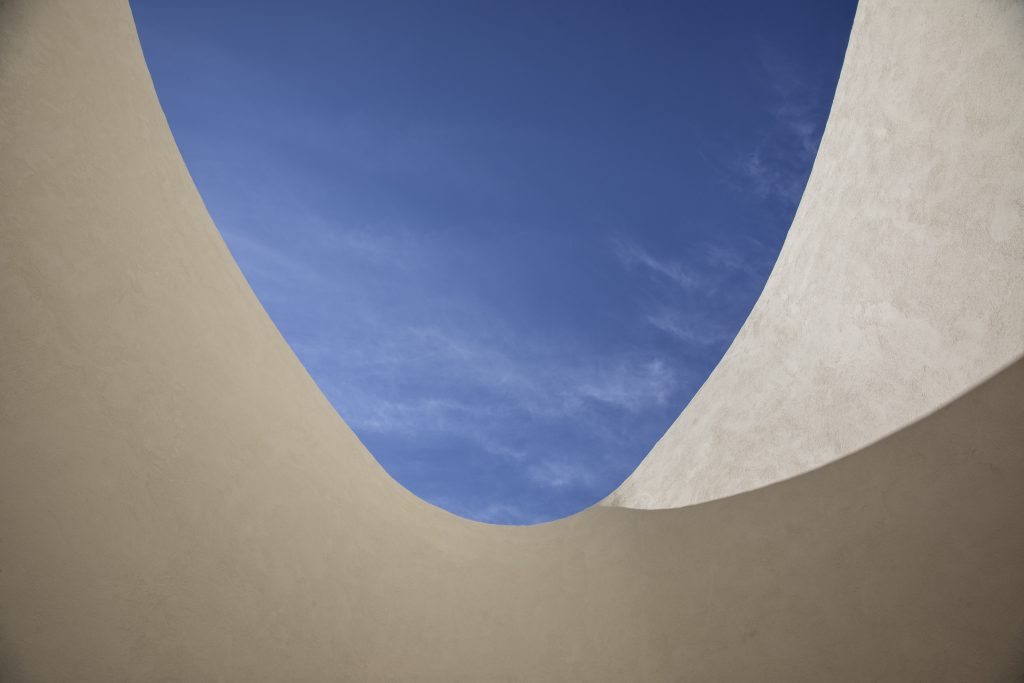 F.P.: Mexico City is probably the oldest active city on the whole continent; there are other cities that are now ruins, but Mexico City is the only city that is pre-Colombian and active. It has layers, which is not a metaphor.

I tend to not take down or demolish buildings because I think that’s a bad idea for a city. It is more sustainable to reuse an existing structure than to build the most “sustainable” building from scratch. I’ve convinced clients not to demolish and instead to do restorations of buildings.

Like [you] said, the best architecture is the one that imagines a possible future. I always ask two questions: Is this thing that we’re doing beneficial to people and society? And are we making an effort to have the least impact? Because we always have an impact.

If [either answer is no], then we’re doing it wrong.