Archaeologists Have Identified the Only Known Example of a Pregnant Mummy


Archaeologists have discovered the first known example of a pregnant mummy. The ancient remains are said date to the first century B.C. and were discovered in Thebes back in 1826—but experts had long assumed the specimen was male, thanks to inscription on the sarcophagus naming an Egyptian priest.

“Our first surprise was that it has no penis, but instead it has breasts and long hair, and then we found out that it’s a pregnant woman,” archaeologist Marzena Ozarek-Szilke told the Associated Press. “When we saw the little foot and then the little hand [of the fetus], we were really shocked.”

The discovery was published this week in the Journal of Archaeological Science by the Warsaw Mummy Project team at the Polish Academy of Sciences, which since 2015 has been conducting noninvasive laboratory tests such as CT scans and X-rays to help better understand mummies (or, in this case, mummies-to-be).

The world’s only embalmed pregnant body ever found is believed to have been between 20 and 30 years old, and 26 and 30 weeks pregnant. It has been on display at the National Museum in Warsaw since 1917—but had never been as thoroughly examined as it was recently. 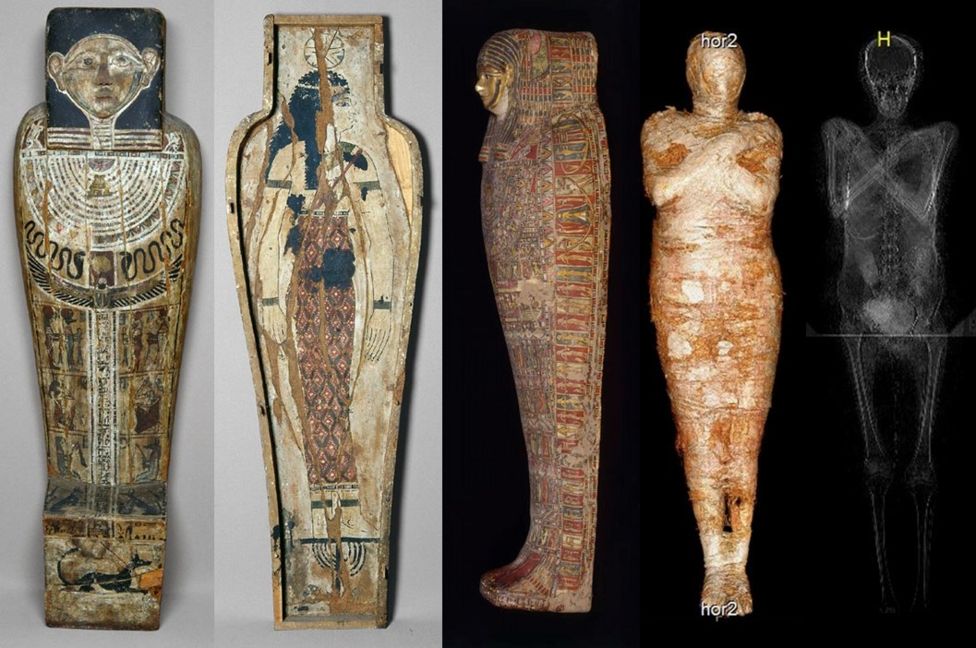 The world’s first pregnant mummy, as seen in photographs and scans. Photo courtesy of the Warsaw Mummy Project.

Experts now believe that the man who donated the mummy may have lied about its origins at Thebes and placed it in a different coffin to make it seem more valuable. The specimen may also be older than currently estimated, as the mummification technique is more sophisticated than other examples from the first century B.C.

The first clue as to the mummy’s identity came via computer tomography, which revealed a delicate bone structure, with no sign of a penis. A 3-D visualization revealed long curly hair and the woman’s breasts. But the real surprise was the fetus, intact even though the other organs were removed, as was typical of Egyptian embalming.

“We don’t know why it was left there,” Wojtek Ejsmond, a cofounder of the mummy project, told CNN. “Maybe there was a religious reason. Maybe they thought the unborn child didn’t have a soul or that it would be safer in the next world. Or maybe it was because it was very difficult to remove a child at that stage from the womb without causing serious damage.”

The team hopes to conduct additional research to determine the cause of death, and whether it was related to the woman’s pregnancy.

“It is no secret that the mortality rate during pregnancy and childbirth was high at that time,” Ejsmond said in a statement. “Therefore, we believe that the pregnancy could have somehow contributed to the death of the young woman.” 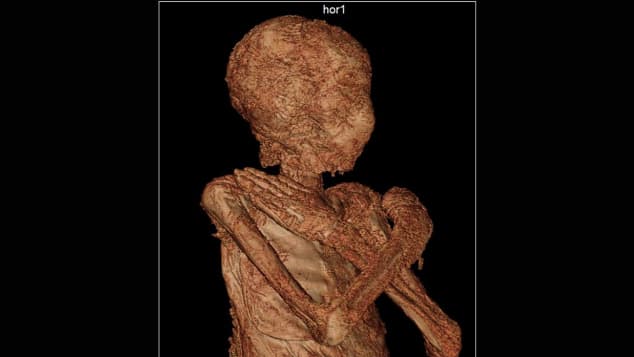 The world’s first pregnant mummy, as seen in a scan. Photo courtesy of the Warsaw Mummy Project. 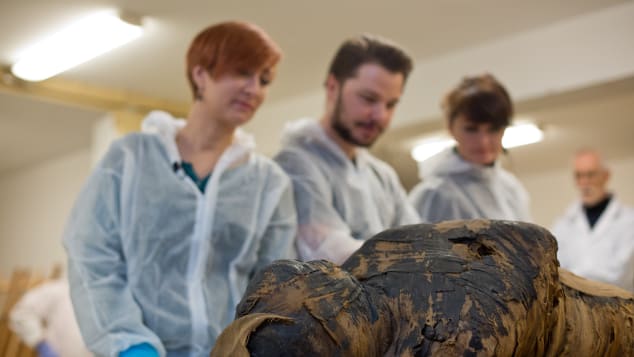 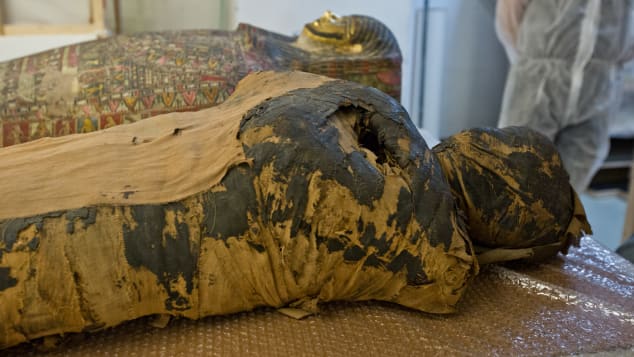 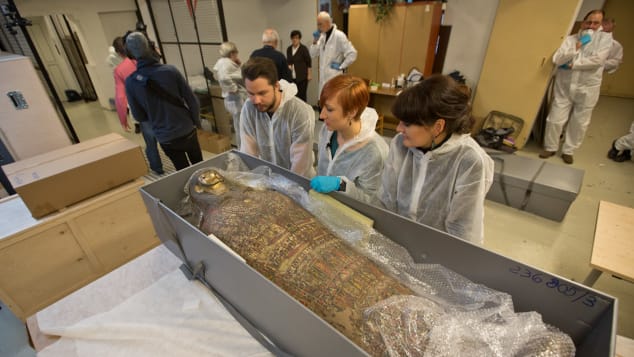 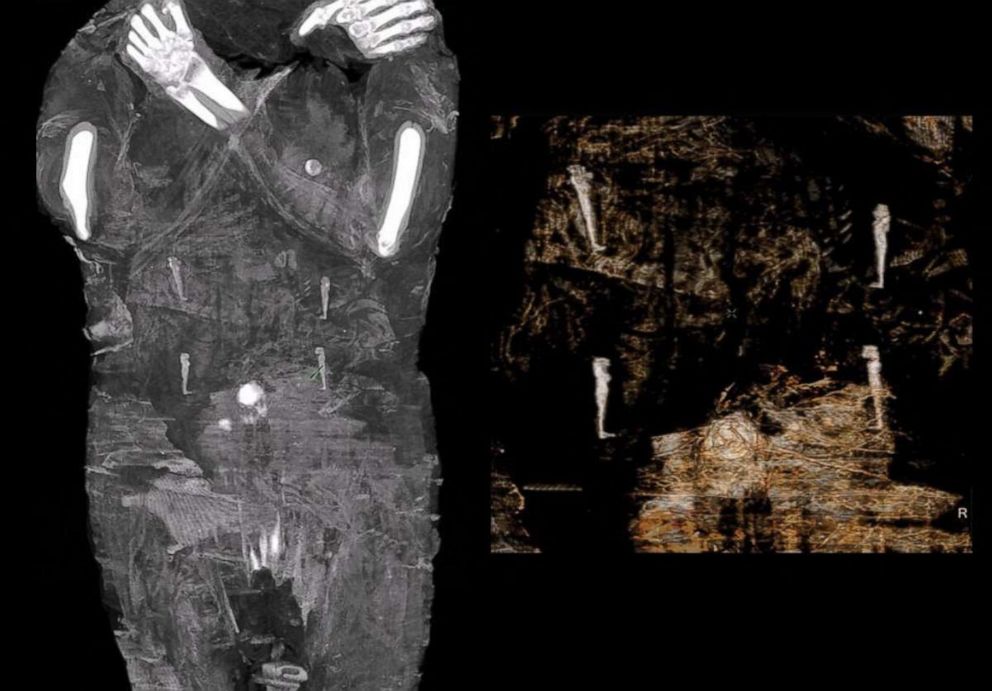 The world’s first pregnant mummy, as seen in scans. Photo courtesy of the Warsaw Mummy Project.