As Japanese tennis star Naomi Osaka carried the Olympic torch up the stairs during the opening ceremonies of the 2020 games in Tokyo (which, of course, are happening in 2021), a white orb at the top unfurled dramatically to reveal the Olympic cauldron, designed by Canadian architect Oki Sato.

“I had chills when that cauldron was lit,” journalist Savannah Guthrie said during the NBC broadcast of the event. “It truly was a thing of beauty.”

Sato, who has work in the collections of institutions including New York’s Museum of Modern Art, Atlanta’s High Museum, and the Victoria & Albert Museum in London, follows in the footsteps of American artist Anthony Howe, who created a glittering kinetic sculpture from metal and glass for the cauldron at the 2016 Rio games. 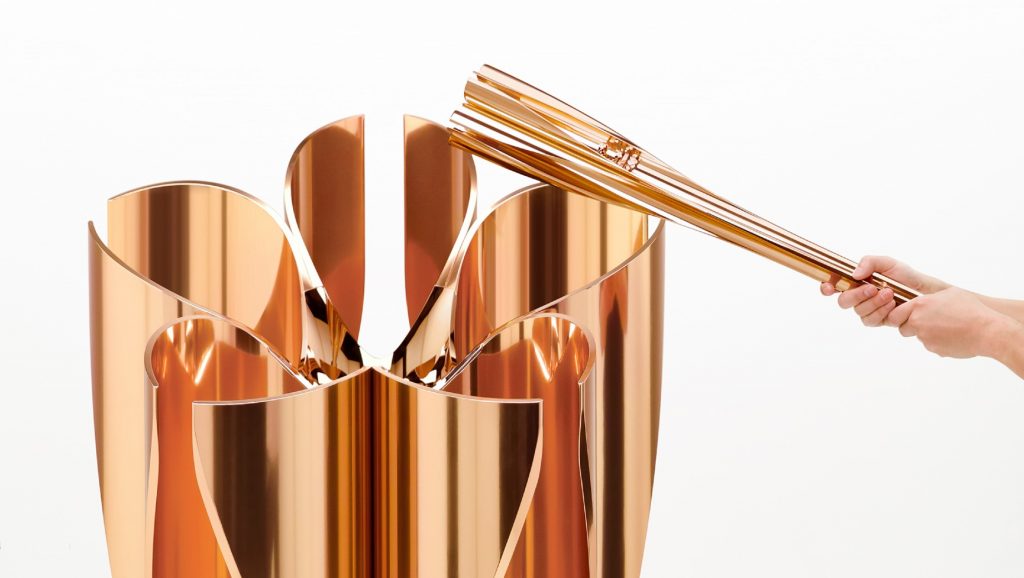 The cauldron was also created with an eye toward sustainability, powered for the first time by hydrogen, according to the Associated Press. Unlike propane, the typical fuel for the cauldron, burning hydrogen does not produce carbon dioxide.

Prior to the conclusion of the torch relay, the opening ceremony paid tribute to an oft-overlooked design element of the games: The simple pictograms that represent each sport. The pictograms were originally introduced to overcome language barriers at the international competition during its first Asian games, also in Tokyo, back in 1964.

Performers dressed in blue and white, wearing round masks and mittened gloves to mimic the featureless figures, posed in rapid succession to replicate all the pictograms graphic designer Masaaki Hiromura created for the 50 disciplines in 41 sports during this year’s event. Developing the visual shorthand for each event reportedly took two years. 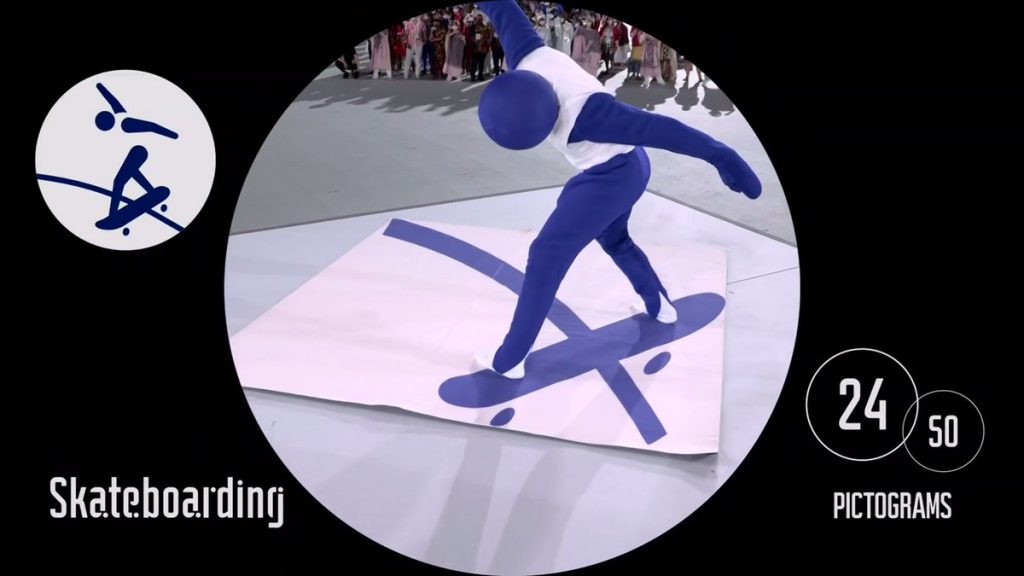 The skateboarding pictogram designed by graphic designer Masaaki Hiromura as acted out during the opening ceremonies. Photo courtesy of the International Olympic Committee.

“I have tried to express the dynamic beauty of the athletes through these pictograms, while respecting the legacy bequeathed by the pioneers of the Japanese design industry in their designs for the Tokyo 1964 Games,” Hiromura said in a statement.

The opening ceremony also included an impressive drone light show programmed by Intel that featured a fleet of 1,824 drones dramatically arranged into the 2020 game’s checkered logo, designed by Asao Tokolo. (The original logo was scrapped after accusations of plagiarism.) 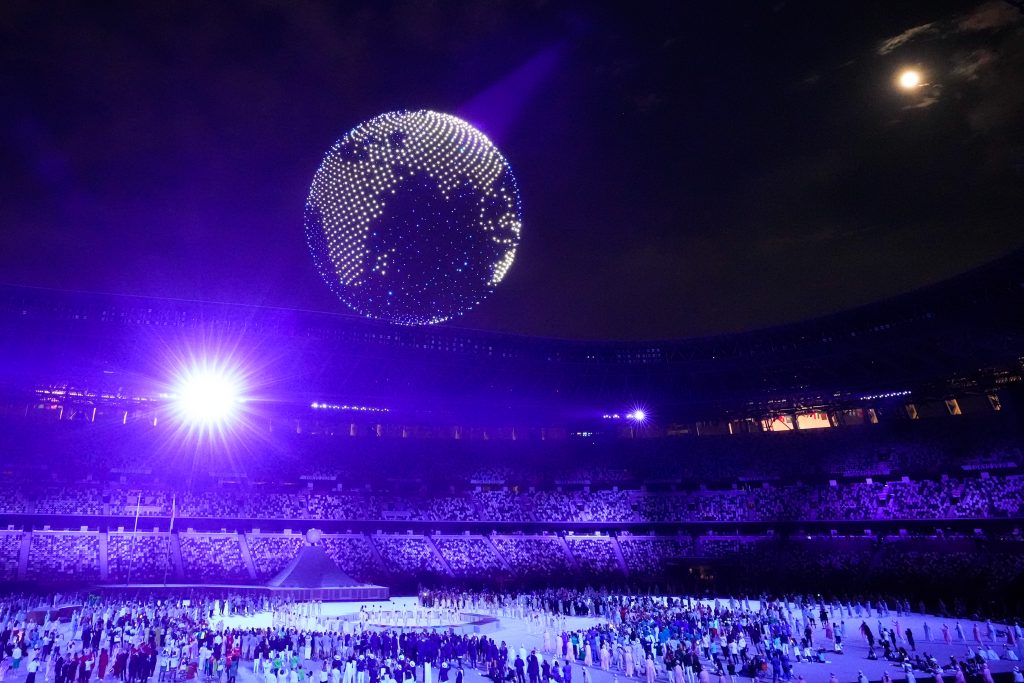 Drones fly to form an image of the Earth over the top of the stadium during the Opening Ceremony of the Tokyo 2020 Olympic Games at Olympic Stadium. Photo by Wei Zheng/CHINASPORTS/VCG via Getty Images.

Shortly following the conclusion of the ceremony, the cauldron was relocated to the Ohashi Bridge near Tokyo Bay, allowing the public to see the flame in person without having tickets to the Tokyo games, which do not have central park.

However, due to the pandemic, reports Inside the Games, organizers will “restrict access around the cauldron area and ask members of the public to refrain from visiting it.”