An art dealer has purchased a recent Banksy mural of a girl playing hula hoop with a bicycle tire from property owners in Lenton, Nottingham, as the market for the anonymous street artist’s work continues to climb.

Banksy painted the mural on October 13 of last year, chaining a bent bike with a missing back wheel next to it in an apparent reference the Raleigh Bicycle Company, which has called Nottingham home since it was founded in 1887. The artist claimed the work as his own several days later in an Instagram post.

Dealer John Brandler, of Brandler Galleries in Essex, paid six figures for the piece, which had been placed under a protective plastic cover, which the gallerist feared might damage it.

“If you put Perspex over a picture, the moisture gets into the brick wall and can’t escape—the wall needs to breath,” he told the BBC, noting that he had hired a “very specialized company” with experience moving Banksy’s work to cut through the brick wall to extricate the work of art. 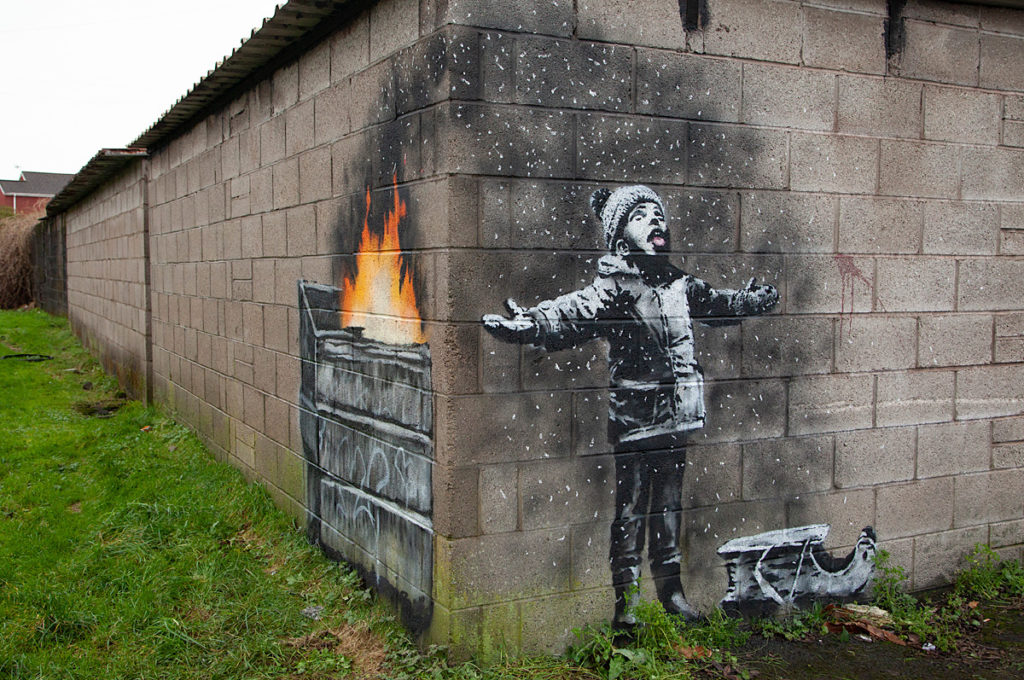 This is not Brandler’s first Banksy; he also purchased Seasons Greetings, an image of a child tasting “snowflakes” falling from a dumpster fire, that the artist painted in the polluted city of Port Talbot in late 2018. The dealer put the work on display just across town, at the Street Art Museum in Wales.

An illicit Banksy piece can drive up property values, and his work in the streets has been known to attract thieves. The sale of a 2014 piece valued at $670,000 helped save a youth club in the artist’s hometown, Bristol, with the artist’s blessing. Banksy’s auction record stands at £9.9 million ($12.1 million) for the framed painting Devolved Parliament.

Brandler plans to include his newest acquisition in “Moments: An Exhibition of Modern Art,” opening in May at the Moyse’s Hall Museum in Bury St Edmunds, Suffolk. 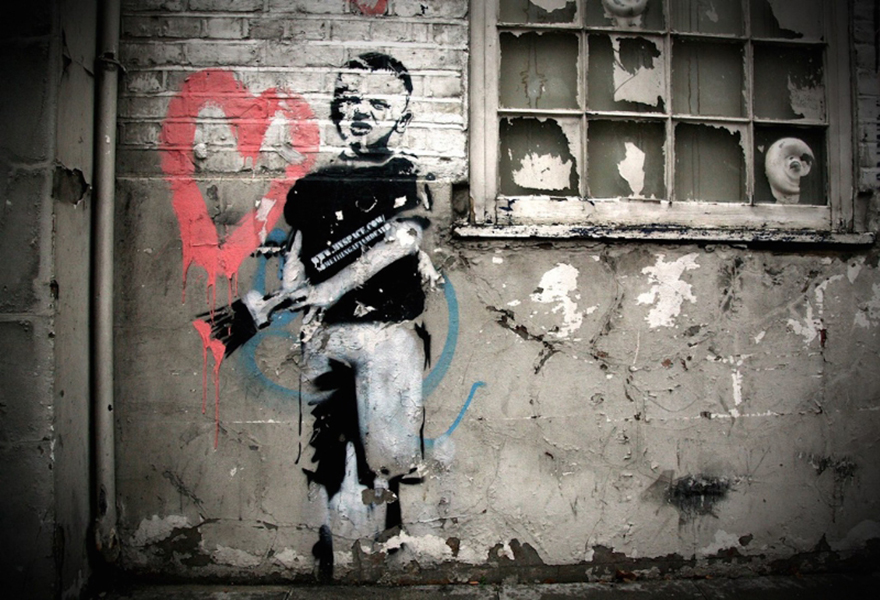 The show will also include Banksy’s Heart Boy, a 2009 mural of a boy painting a graffiti heart that was salvaged before the demolition of a London building. The work was purchased by Amsterdam’s Moco Museum in 2016 and has never been exhibited in London, according to the gallery.

Banksy has been outspoken in his disapproval of the sale of his street art, and his company, Pest Control, reportedly told the Nottingham Project, the city’s rejuvenation board, that he wished that the bicycle artwork would remain in place.

“We think it’s a great shame that Nottingham has lost its Banksy,” a Nottingham Project spokesperson told the BBC. “We hope this doesn’t stop the artist coming back to the city in the future.”