We like to think we know what our ancient female forebears were like. Yet a spate of recent discoveries confirms the truth: that we really have no idea.

Clues from ancient texts and archaeological studies can give us a succinct picture of the important roles women have always played (and almost always without applause). So to give them their due, we rounded up a list of the major achievements of ancient women, the original revolutionaries subverting the gender roles we have in place today. 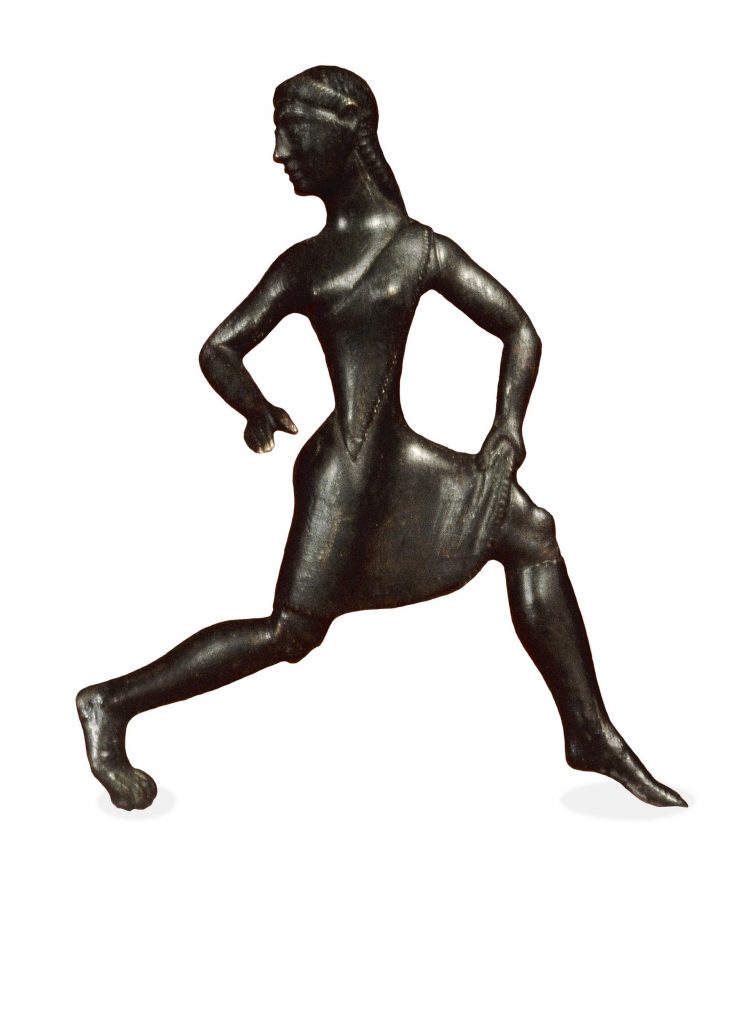 A bronze Archaic Greek figure of a running girl. © The Trustees of the British Museum.

In contrast with the lives of most ancient Greek women, female citizens of Sparta were heavily involved in athletics from childhood, beginning with a state-supervised program that was intended to produce strong mothers of strong warriors.

Around 40 bronze figurines from the Archaic Period depict Spartan women mid-sprint, with their hand lifting the hem of their tunics to expose a firm upper leg, a habit which earned them the nickname “thigh flashers” during the 6th century BC.

The moniker dates back to original accounts describing the women as wearing “loose tunics” while running or wrestling (even against men), and the statuettes deviate from the typical Ancient Greek female form to suggest Spartans idealized women with slender bodies, smaller breasts, and a more muscular build.

The discovery of a bronze coin in Paestum, Italy, inscribed with the name Mineia marked the rare commemoration of a female citizen in Ancient Rome. Issued in 1st century B.C., details reveal that she sponsored the rebuilding of Paestum’s basilica following the death of her husband, Cocceius Flaccus, a senator and officer under Julius Caesar.

What’s more, a bevy of clay bricks continually being unearthed in the Roman harbor of Portus bear the stamp of Domitia Lucilla Minor, the mother of the emperor Marcus Aurelius. As the owner of clayfields across the empire, Domitia was a crucial player in brick manufacturing, making her an ambitious business woman hardly confined to the home or whims of male family members. 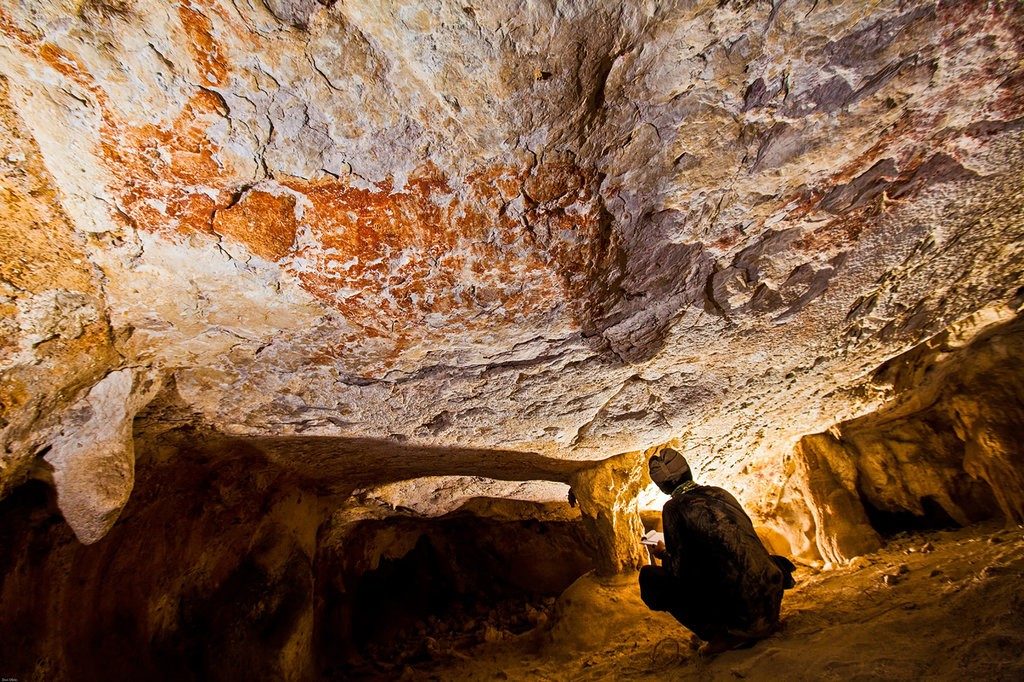 A researcher studying ancient figurative art in a Borneo cave in Indonesia. Photo by Pindi Setiawan.

Ancient women may be responsible for the majority of cave artwork.

Scholars have historically pushed the theory that men etched cave drawings as a means of archiving their past hunts or attempting to bring luck to a future pursuit. But a

study reported in National Geographic analyzing ancient handprints threatens to debunk the longtime assumption that men were responsible for cave paintings, instead indicating that women were behind a staggering 75 percent of the artworks.

Unlike men, women’s index and ring fingers tend to be equal in length. For the analysis, led by archaeologist Dean Snow of Pennsylvania State University, researchers compared finger lengths in hand stencils and handprints taken from eight caves across France and Spain and ranging from 12,000 to 40,000 years old. After running measurements through an algorithm, conclusions determined that three-quarters belonged to women.

A Spanish grave site indicates women may have been Bronze Age political rulers.

A fresh discovery at La Almoloya, a Bronze Age palace located in Southeastern Spain, is shaking up archaeologists’ understanding of women’s roles in El Argar society, suggesting that women were not only considered adults earlier in life than men, but also may have also held political clout.

A two-person grave holding a man and woman was found in the ancient site’s political sector, and was stocked with 29 objects—including, most significantly, a silver diadem—implying a high social status.

The crown in particular piqued researchers’ interests, given that this item has only ever been found buried with women. So the discoveries imply that women were bestowed with items in their grave at an earlier age than their male counterparts. 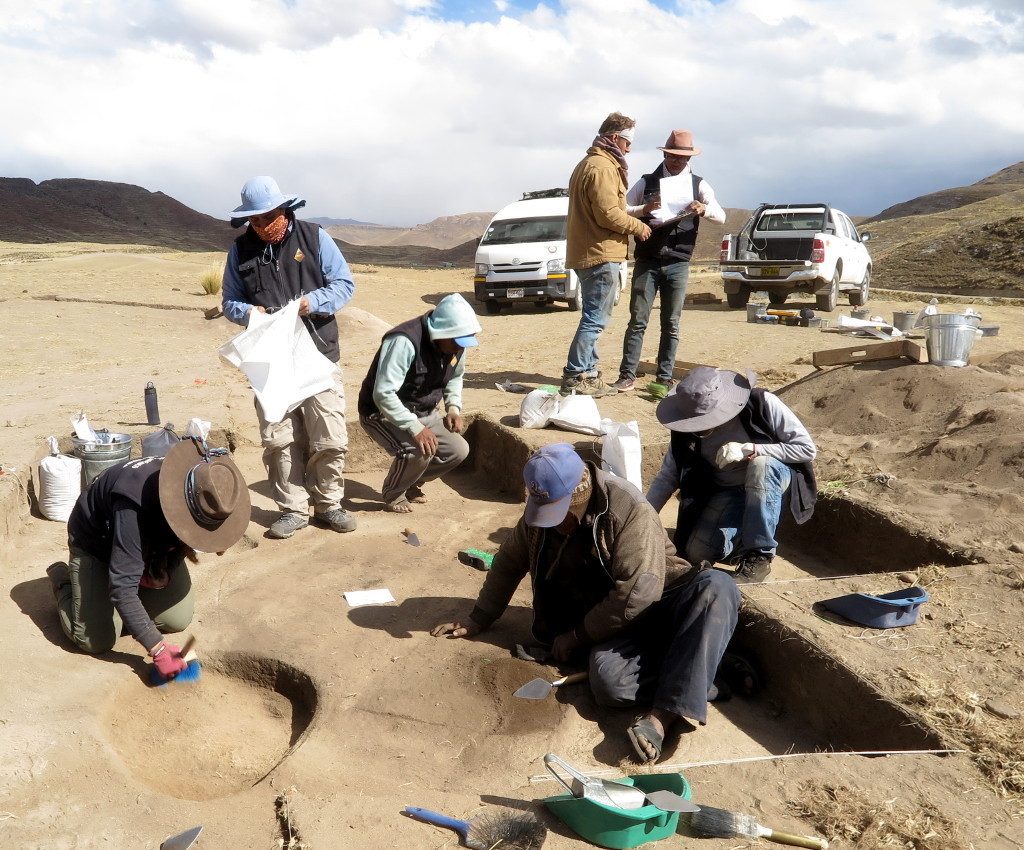 The 9,000-year-old remains of a teenage girl—affectionately dubbed Wilamaya by the team of researchers—is yet another piece in a growing puzzle of evidence that women participated in hunts alongside men.

Taking her name from the dig site of Wilamaya Patjxa, the ancient teen was buried with an array of tools used for hunting large animals: a projectile, a knife, and other miscellaneous items geared towards processing game.

“The implements were neatly stacked in a small pile right near her hip,” Randall Haas, head of the dig, told Midnight Publishing Group News. “Now we have enough cases that we can be fairly confident” about the existence of women hunters.

Other details support this assertion: an expert rendering of Wilmaya portrays her with a hairstyle matching those seen in rock art of the area.

The Venus of Willendorf and similar ancient sculptures may have represented the ideal female form in the Ice Age.

The hourglass figure may have been en vogue during the Ice Age.

Writing in the journal Obesity, three academics posited that the iconic Venus of Willendorf and related Venus figures were heirlooms passed down from generations in order to convey “ideals in body size for young women”—with some women potentially having even worn them as amulets in hopes of achieving a curvier shape.

The authors also cited the location of glaciers as having a direct impact upon the build of the Venus sculptures, theorizing that the closer the glacier, the more buxom the figure.

As Darwin would have it, the ultimate goal behind a higher fat count was procreation. Due to harsh climates, women in the Ice Age were at risk of compromised pregnancies, and a more voluptuous figure thereby provided a “source of energy during gestation through the weaning of the baby and as well as much needed insulation.”