15 Events for Your Art Calendar This Week, From Wikipedia Edit-a-Thons to a Virtual Visit With Kenny Scharf 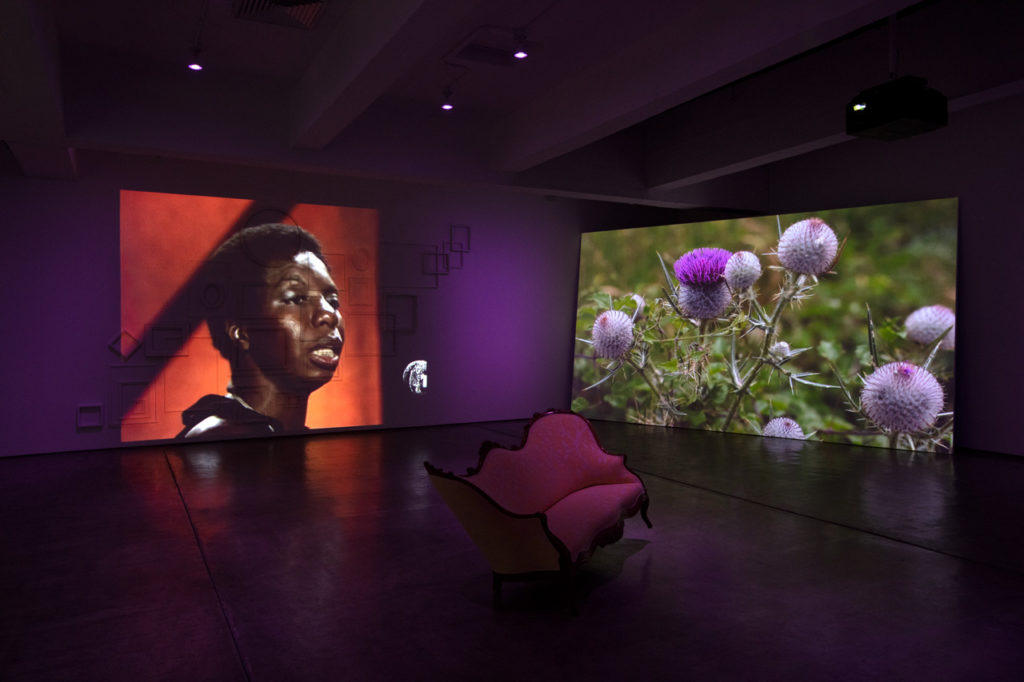 1. “When Did Video Become Art? On Surveillance” at the Whitney Museum of American Art, New York

If you’re looking for a compact primer on how video moved from its origins in TV broadcasts and security cameras into the art-historical canon, then tune in to the next edition of the Whitney’s ongoing “Art History From Home” series. This week, artist, author, and lecturer Ayanna Dozier will use vital works by the likes of Andrea Fraser, Ja’Tovia Gary, Jill Magid, and others to walk viewers through video art’s complex relationship to our contemporary surveillance state, as well as how artists can use the medium to short-circuit the intrusive machinic gaze we now live under. 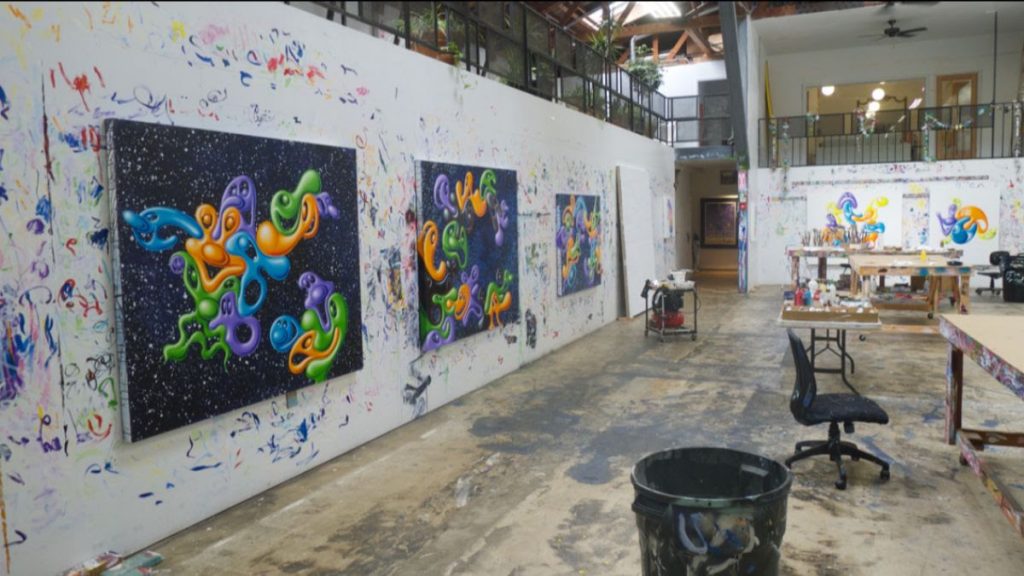 RxArt members can tune in for this virtual studio with Kenny Scharf, who will talk about projects such as his mural in the stairwell of the pediatric and adolescent psychiatric units at Kings County Hospital in Brooklyn. The street artist-turned-blue-chip darling will chat with dealer David Totah—tuning in from Scharf’s permanent FUNUNDERWORLD installation at his New York gallery—and RxArt founder Diane Brown. 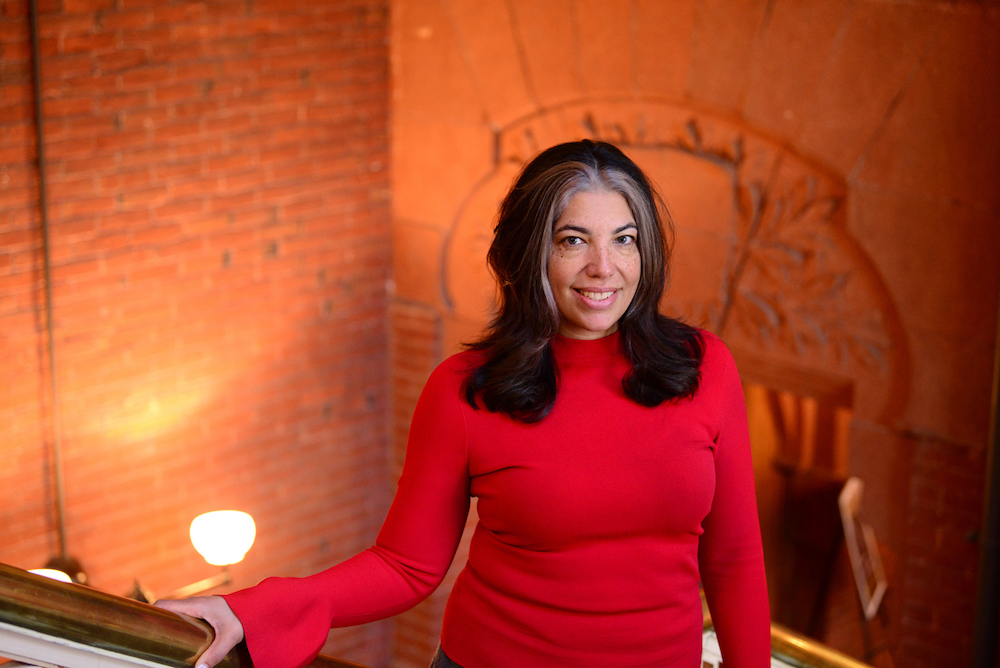 Gwendolyn DuBois Shaw, associate professor at the University of Pennsylvania.

3. “The Modern Portrait” hosted by the Philadelphia Show

As part of a monthly series, “New Conversations with the  Philadelphia Show,” University of Pennsylvania associate professor Gwendolyn DuBois Shaw and Philadelphia Museum of Art curator Jessica T. Smith highlight how 15 artists used portraiture to frame their perception of people and experiment with techniques, as well as to reflect on social issues. 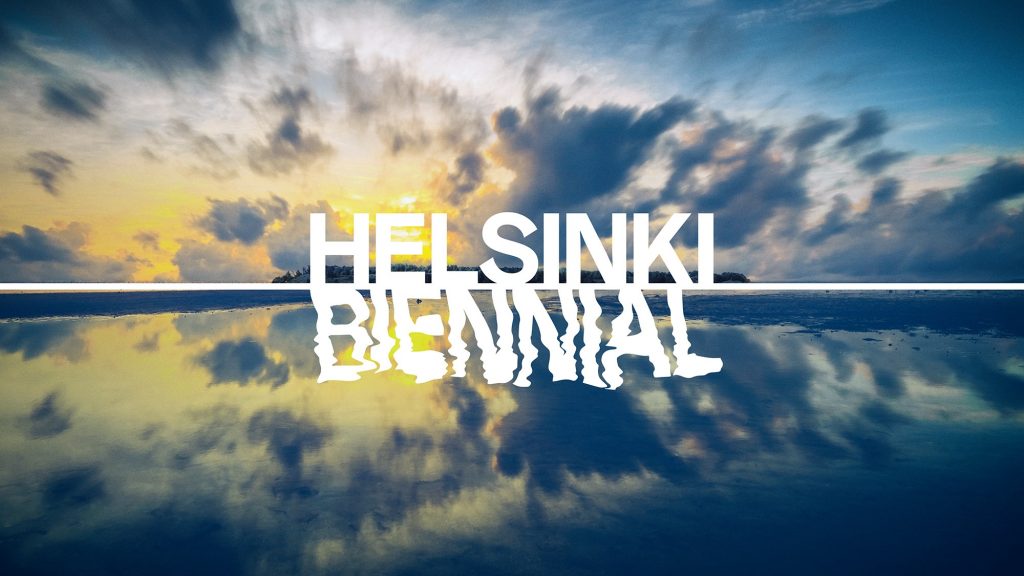 Courtesy of the Helsinki Biennial.

Irish curator, artist, writer, and educator Paul O’Neill will take a look at the worldwide proliferation of the art biennial over the past 20 years, with an eye toward covering “everything you wanted to know but were afraid to ask” in the first virtual program for the inaugural Helsinki Biennial. 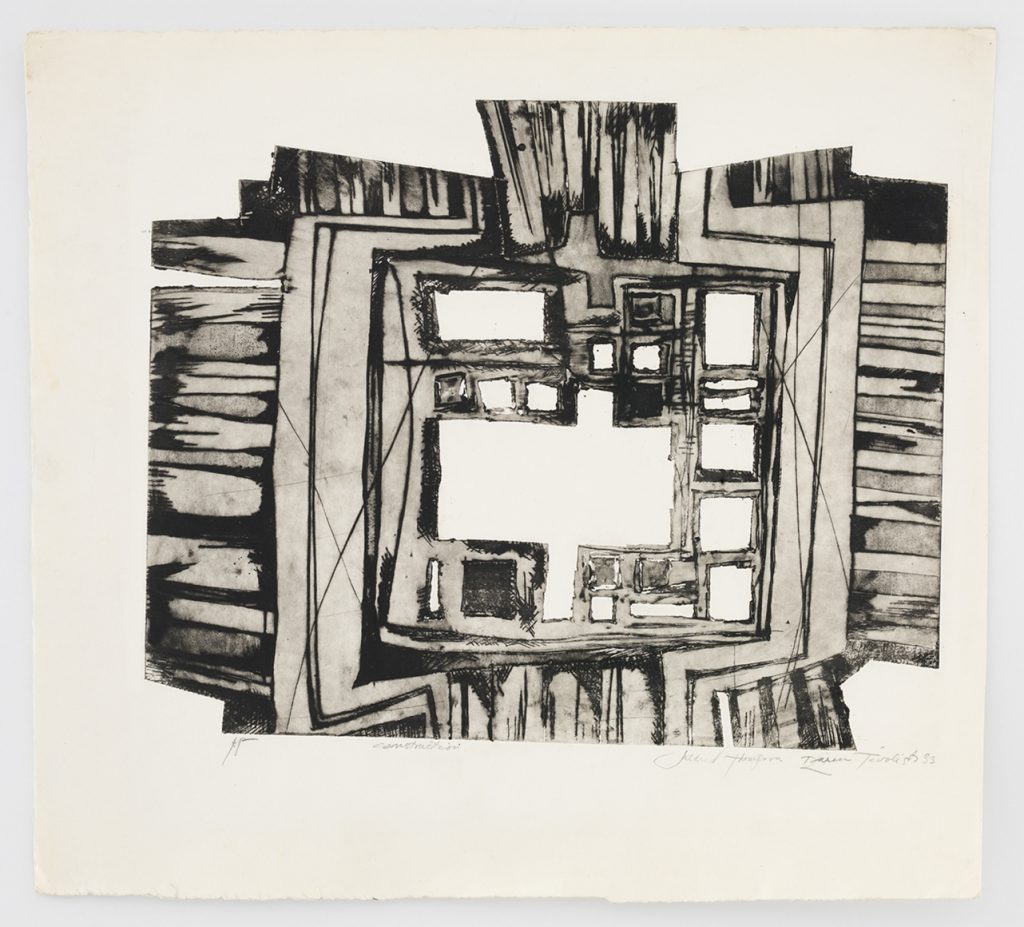 In conjunction with its second solo exhibition of Mildred Thompson—a previously overlooked Black artist of the  Modernist era—”Throughlines, Assemblages and Works on Paper from the 1960s to the 1990s,” Galerie Lelong hosts the second event in its new “Dialogues” series, moderated by Melissa Messina, curator of the artist’s estate. The speakers include artist A’Driane Nieves, founder of Philadelphia’s Tessera Arts Collective, and Lauren Jackson Harris and Daricia Mia DeMarr, founders of Black Women in Visual Art. 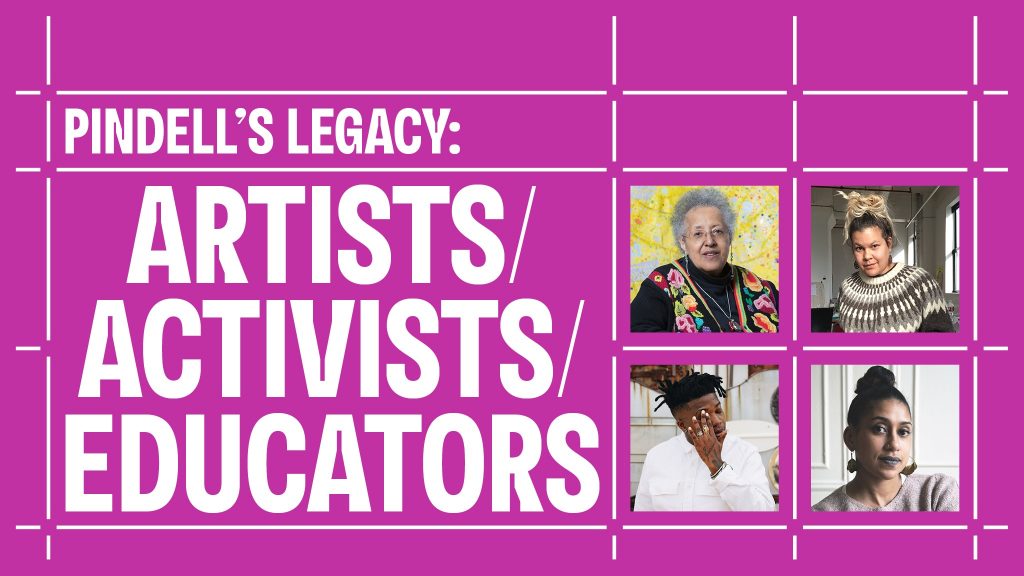 This is your last chance to catch an installment of “Pindell’s Legacy,” a series of online talks exploring the work of artist Howardena Pindell. The talk, moderated by The Shed assistant curator Adeze Wilford, will feature Pindell alongside interdisciplinary artists Heather Hart, Shani Peters, and Tiona Nekkia McClodden. “Pindell’s Legacy” has run in tandem with “Howardena Pindell: Rope/Fire/Water,” a video project by the artist that was unrealized since the 1970s. Through a mix of personal anecdotes and historical data, Pindell’s first video in over 25 years explores racism, the history of lynching in the US, and the healing power of art. If you’re in the New York area, you can catch the show in-person at The Shed through March 28. 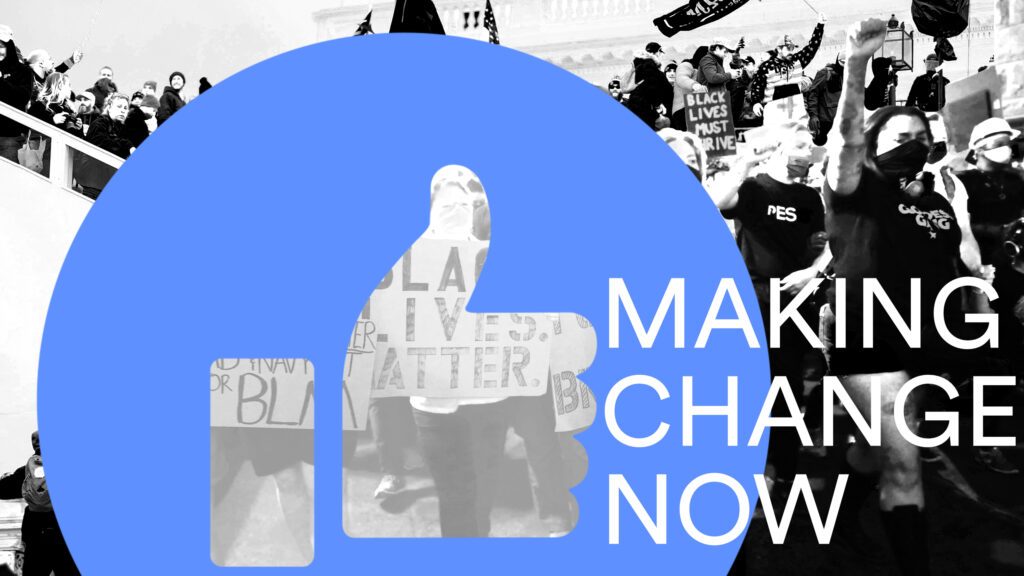 Courtesy of A Blade of Grass.

7. “Making Change Now: Contextualizing Cancel Culture, Hyper-Partisanship, and the Politics of Progress” at a Blade of Grass, New  York

After an organizational restructuring that winnowed the staff of A Blade of Grass to just one—director Deborah Fisher—the nonprofit kicks off its new season of programming with community organizer and cultural worker Scot Nakagawa and racial justice and human rights expert Loretta J. Ross. The two will discuss the influence of the media and the ways in which it helps drive partisan divisions within society, and how people’s consumption of media shapes their beliefs.

8. “Torkwase Dyson in Conversation with Ann Hamilton and Sandhya Kochar” at the Wexner Center for the Arts, Columbus, Ohio

The Wexner continues its “Diversities in Practice” talk series with Torkwase Dyson, the museum’s residency award recipient, who will speak about her work with Ohio State art professor Ann Hamilton and architecture lecturer Sandhya Kochar. 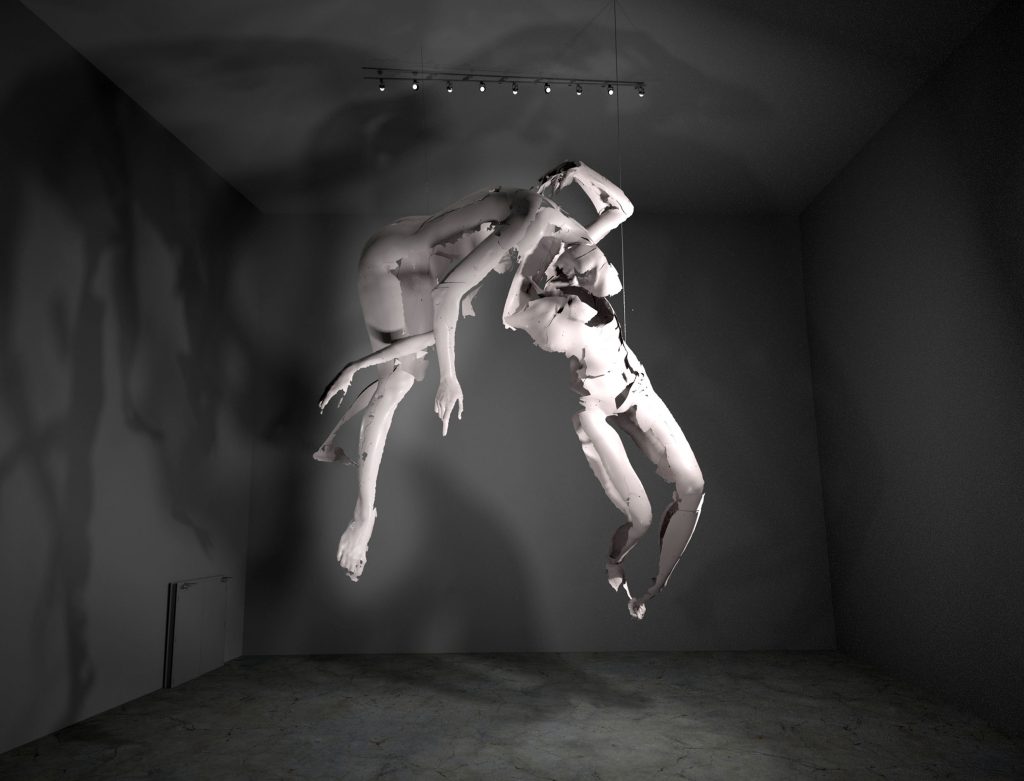 Sophie Kahn, The Divers VI. Courtesy of the artist.

Nearly a year after lockdown cancelled her exhibition “Dematerialized” at the School of Visual Arts in New York, Sophie Kahn is finally debuting the show, albeit in dramatically altered form, staged in the world of VR. The artist has recreated both the physical space and the works themselves, which were 3-D printed sculptures based on scans of live models in different poses. You can book a virtual tour where Kahn will guide your avatar through the interactive 3-D experience, in which sculptures expand and levitate off their pedestals as you approach. (A VR headset is recommended, but optional, to experience the show.) 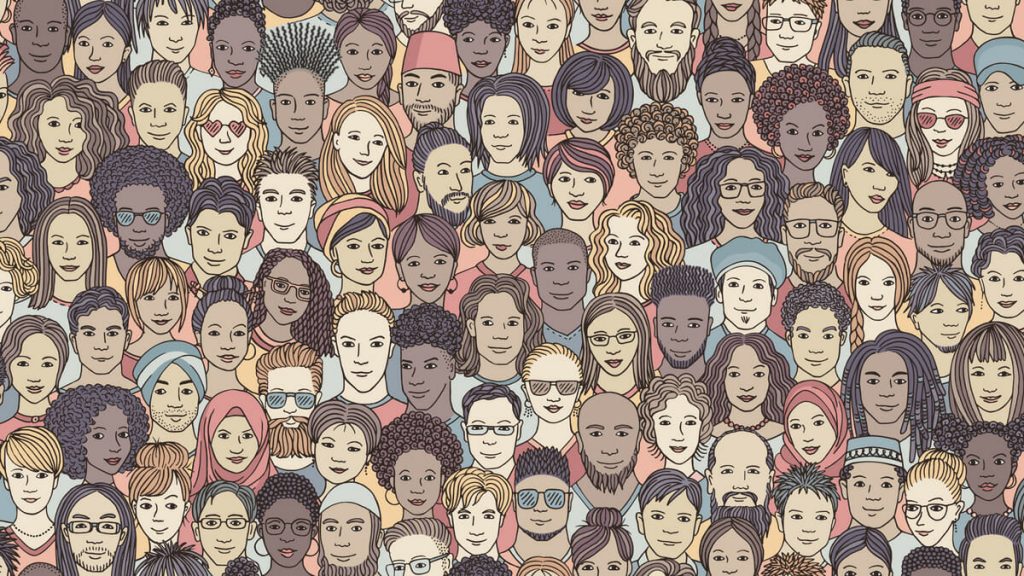 Illustration by franzidraws. Courtesy of the Design Museum Everywhere.

The Design Museum Everywhere is hosting a free workshop to preview its “Diversity in Action” training program, a three-month course hosted by its director of learning and interpretation, Diana Navarrete-Rackauckas with the aim of illustrating the role design plays in equity. 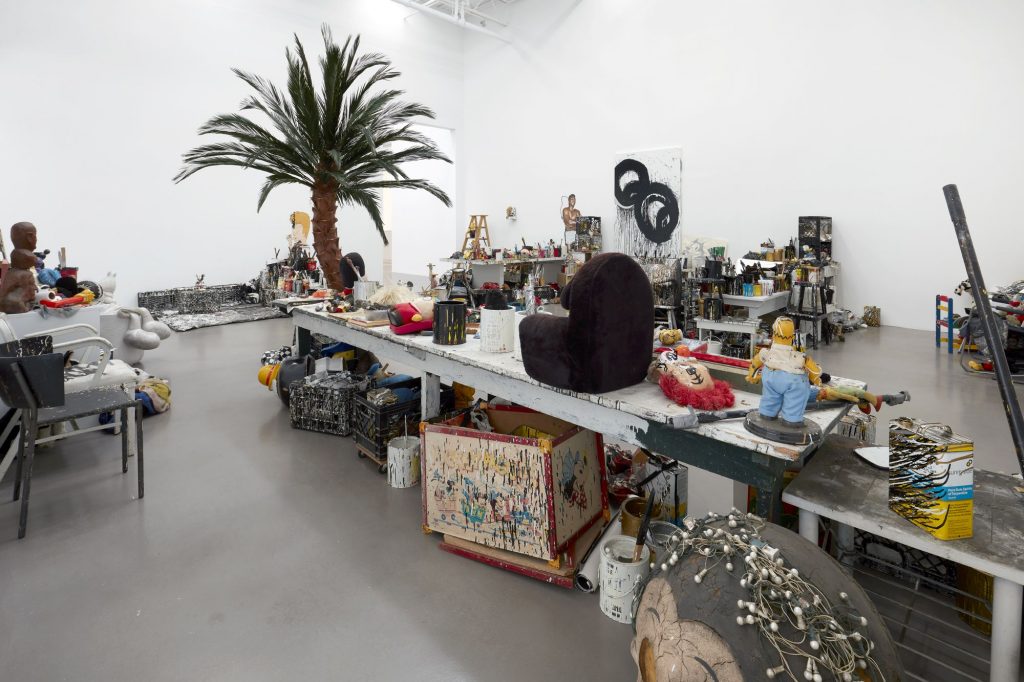 In 2011, Joyce Pensato was evicted from her East Williamsburg studio after 32 years. She turned her legal defeat into art, staging a critically acclaimed exhibition at Petzel featuring hundreds of paint-splattered objects from her former workspace. She showed the installation in two other iterations during her lifetime; now, her estate has worked with the gallery to stage a “Redux” version, accompanied by the late artists’s “eyeball” paintings, based on characters such as Elmo and Felix the Cat. 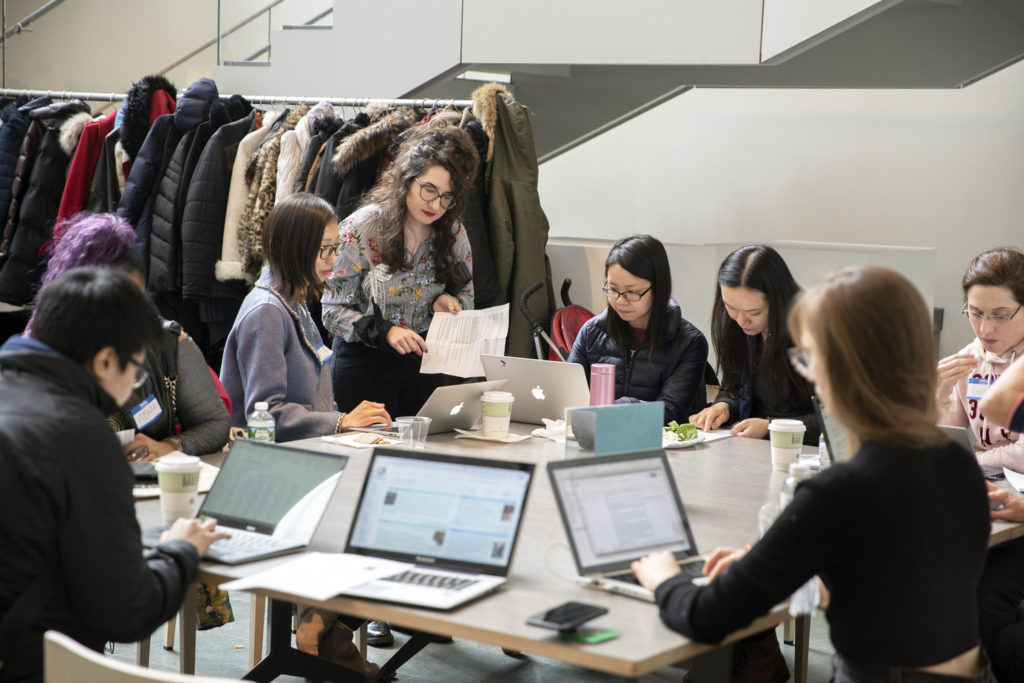 Guests at the Wikipedia Edit-a-thon: Art + Feminism at MoMA. Photo by Manuel Molina Martagon, courtesy of the Museum of Modern Art.

The Met is one of 57 institutions around the world holding an Art+Feminism Wikipedia Edit-a-Thon for Women’s History Month. Edit-a-thons look to add information about women artists to the free online encyclopedia to boost efforts to bridge the gender gap in the art world. The Wikimedia NYC chapter will provide lists of artists and artworks, as well as training on editing and creating articles. Tune in on Facebook or YouTube to watch, or sign up on the Wikipedia Meetup page. 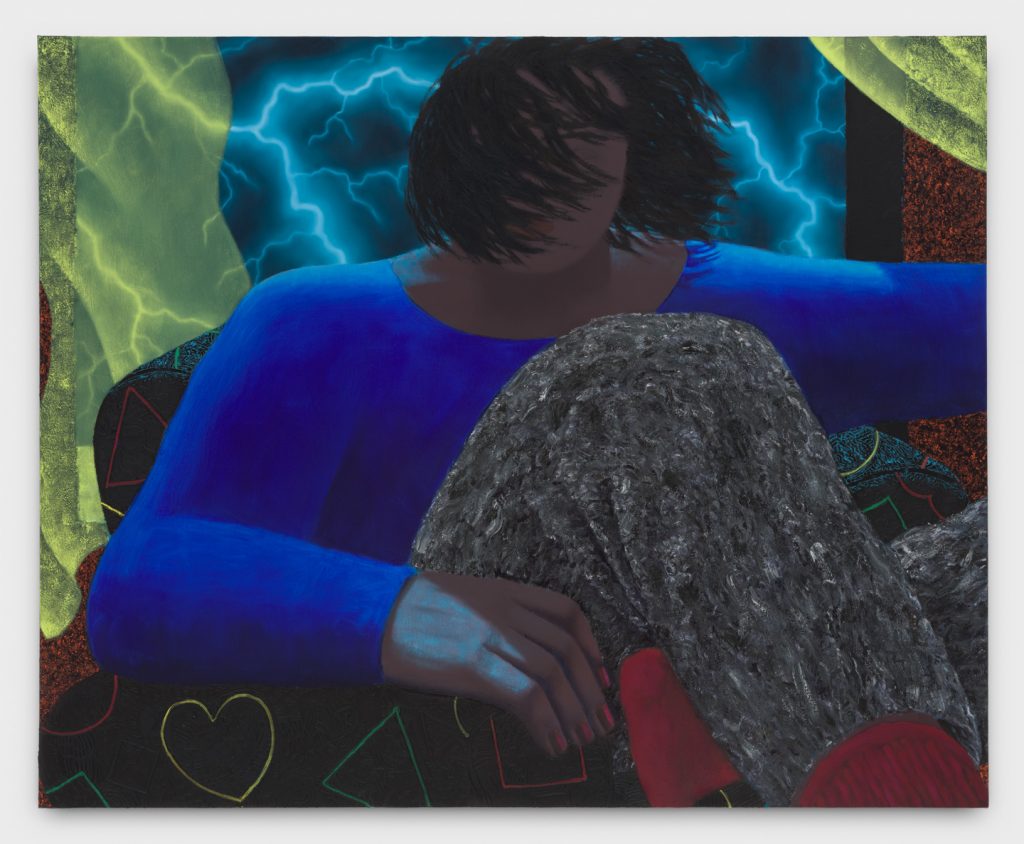 Nicelle Beauchene Gallery presents “The Storm,” Jordan Kasey’s third solo show with the gallery. The show consists of eight new large-scale paintings with the artist’s signature figures that take up the entirety of the surface. The paintings depict slices of loneliness: a solo man with an umbrella, a figure lit up with lightning, which leaves the viewer to wonder if the storm is literal internal. Light and shadow is used to create the feeling that something is looming just out of view, giving each work a surreal, dreamlike quality. 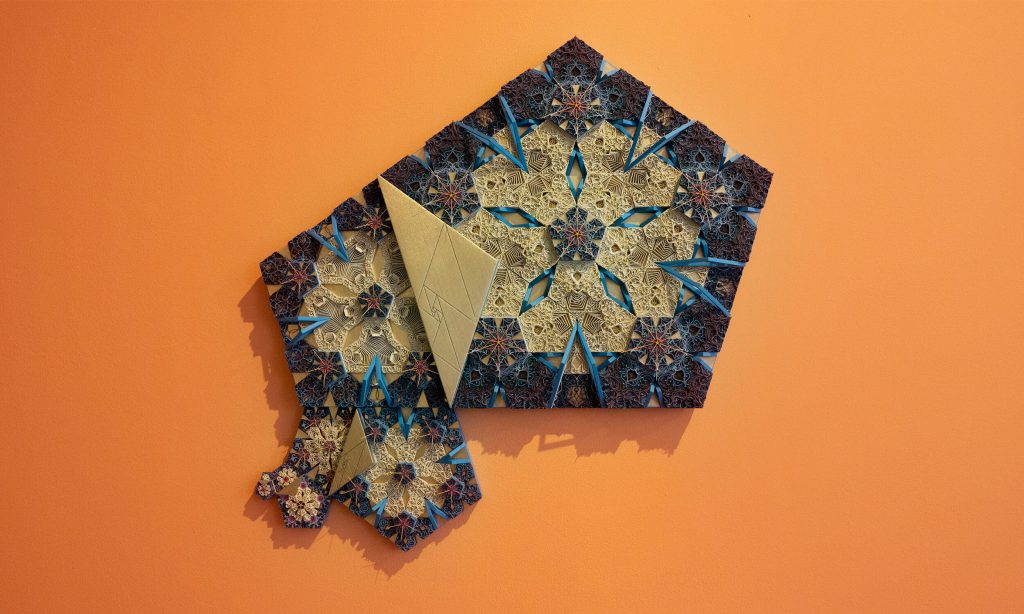 15. “Eric Standley: Songs for the Living” at Dinner Gallery

Made of scrupulously arranged layers of multicolor laser-cut paper, Eric Standley’s intricate works bring to mind mandalas, Gothic architectural webs, and the delicate carvings common to Islamic prayer niches. Though newly made, Standley calls the work artifacts because, for him, the act of assembling them is akin to an act of discovering—as though the forms already exist out in the world, and he has happened upon them. Set against bright, geometric forms painted onto the gallery walls, the exhibition has the feel of a sanctum, a place with reverence for complexity, study, and moments of peaceful contemplation.