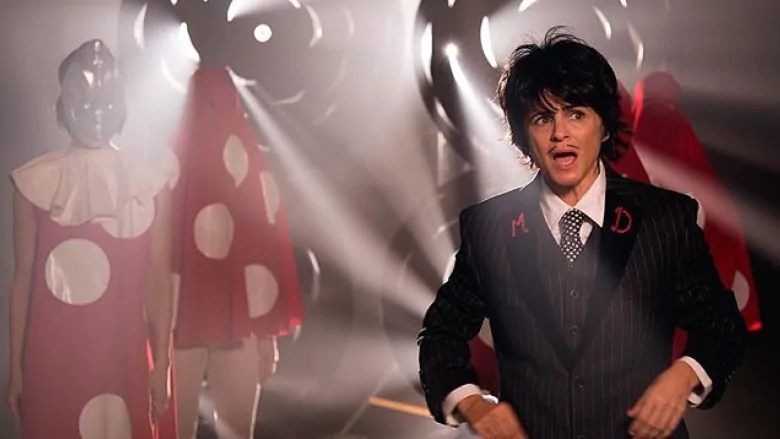 1. “SCAD deFINE ART” at the Savannah College of Art and Design

This year’s SCAD deFINE ART exhibition and talk program, which honors artist Sanford Biggers, goes virtual, kicking off with a conversation between comedian Amy Sedaris and artist Marcel Dzama on Tuesday at 11 a.m. (Sedaris will appear in character as the artist). Other highlights include a talk with the Haas Brothers and their dealer, Marianne Boesky, on Thursday at 2 p.m., and Biggers’s keynote lecture on Wednesday at 6 p.m.

Ashley Southall, Thomas Abt, and Erica Ford. Courtesy of the Museum of the City of New York.

2. “Envisioning Alternatives to Policing: Violence Prevention” at the Museum of the City of New York

Ashley Southall of the New York Times is leading a trio of virtual events about how activists are working to keep their communities safe without engaging the police. The first panel features Thomas Abt, author of Bleeding Out: The Devastating Consequences of Urban Violence—and a Bold New Plan for Peace in the Streets, and Erica Ford, CEO and co-founder of LIFE Camp, a Queens-based gun violence prevention organization.

Gagosian continues its weekly Spotlight series, highlighting one work from one artist, with Brazilian artist Adriana Varejão, ahead of her May show at the gallery’s 522 West 21st Street location. On Wednesday, the gallery is releasing a new time-lapse video of the artist creating one of her tile paintings, inspired by the Portuguese art of azulejo, traditional glazed terracotta tiles brought to Brazil in colonial times. The new work will be unveiled on Friday, available for sale for only 48 hours. 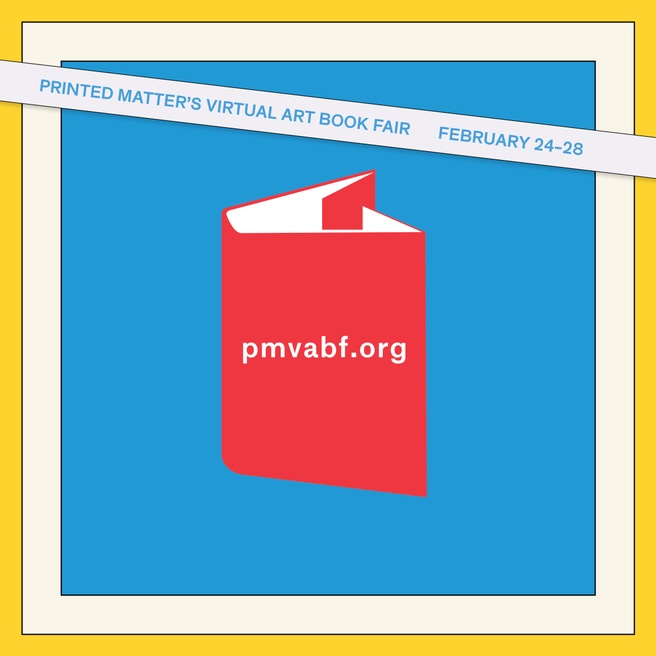 As it celebrates the 15th anniversary of its first New York Art Book Fair, Printed Matter enters the world of virtual fairs with a robust slate of more than 400 exhibitors from more than 40 countries, plus digital programming including lectures, conversations, performances, and the 2021 Contemporary Artists’ Book Conference. Each dealer in the fair will have his or her own custom website featuring books for sale, as well as extra content including videos from artists and panel discussions. 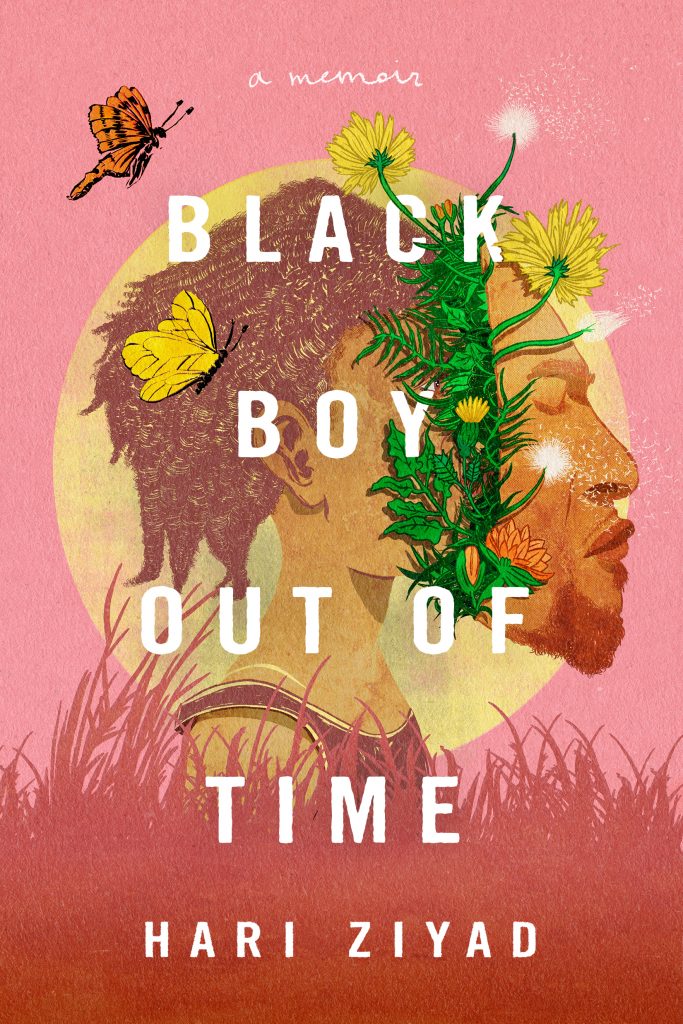 Cover, Hari Ziyad, Black Boy Out of Time. Courtesy of the author.

5. “Virtual Book Launch: Black Boy Out of Time with Hari Ziyad and Kiese Laymon” at the Brooklyn Museum

If you’ve seen promo imagery for the Brooklyn Museum’s stirring exhibition “John Edmonds: A Sidelong Glance,” then you’ve already seen a masked yet still vulnerable Hari Ziyad in the photograph Two Spirits (2019). That title nods toward a theme of both Edmonds’s show and Ziyad’s new memoir, which details the author’s coming of age as Black and queer in the American midwest. To celebrate the release of Black Boy Out of Time, Ziyad will talk through intersectional challenges including race, gender, and institutionalized violence with the award-winning author Kiese Laymon, whose own recent book, Heavy: An American Memoir, was named one of the 50 best memoirs of the past 50 years by the New York Times. 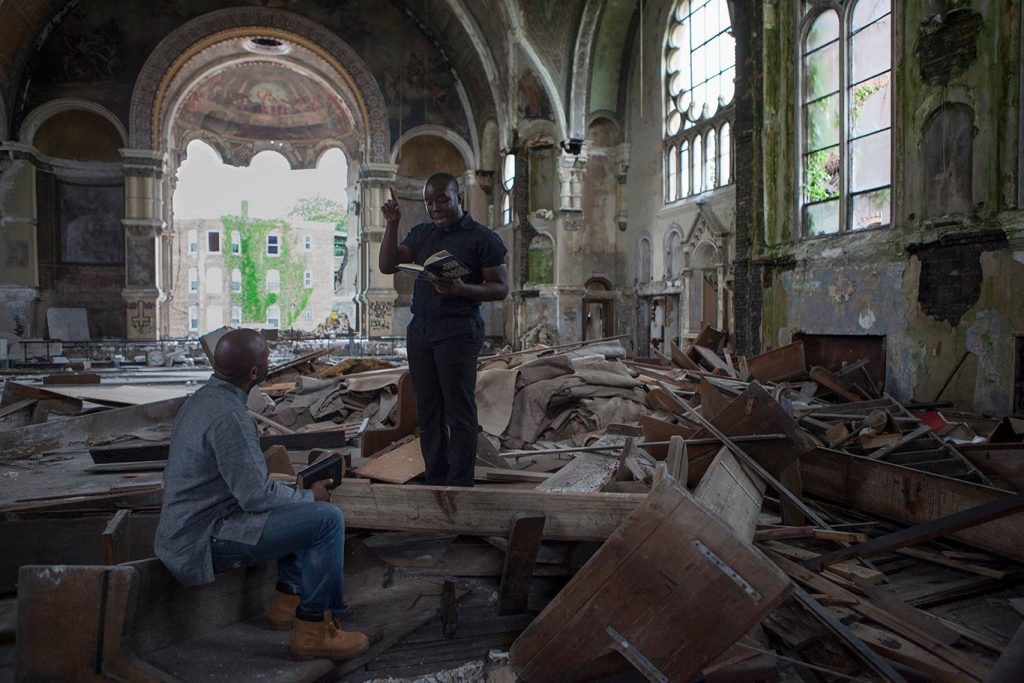 6. “Theaster Gates in Conversation with Massimiliano Gioni” at the New Museum, New York

In the first program for the New Museum’s new show “Grief and Grievance: Art and Mourning in America,” the museum’s artistic director, Massimiliano Gioni, will talk on Zoom with artist Theaster Gates about his work revitalizing Black communities. 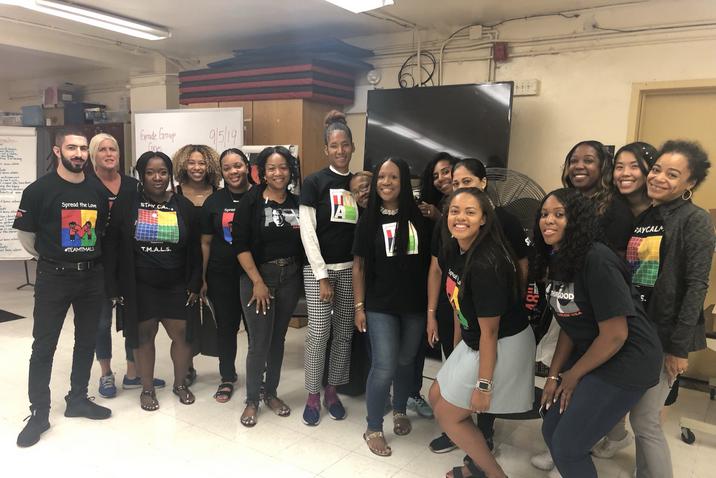 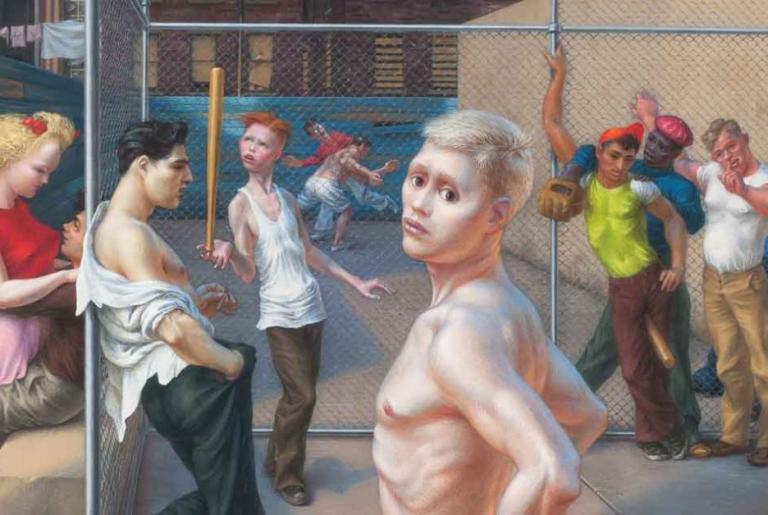 Paul Cadmus, Playground. (1947). Courtesy of the Georgia Museum of Art.

American art historian, critic, curator, and Fairfield University art history professor Philip Eliasoph will unlock the layers of meaning in Paul Cadmus’s 1947 masterpiece Playground in this virtual lecture at the Georgia Museum, where the painting is on view in “Extra Ordinary: Magic, Mystery, and Imagination in American Art” (through June 13). 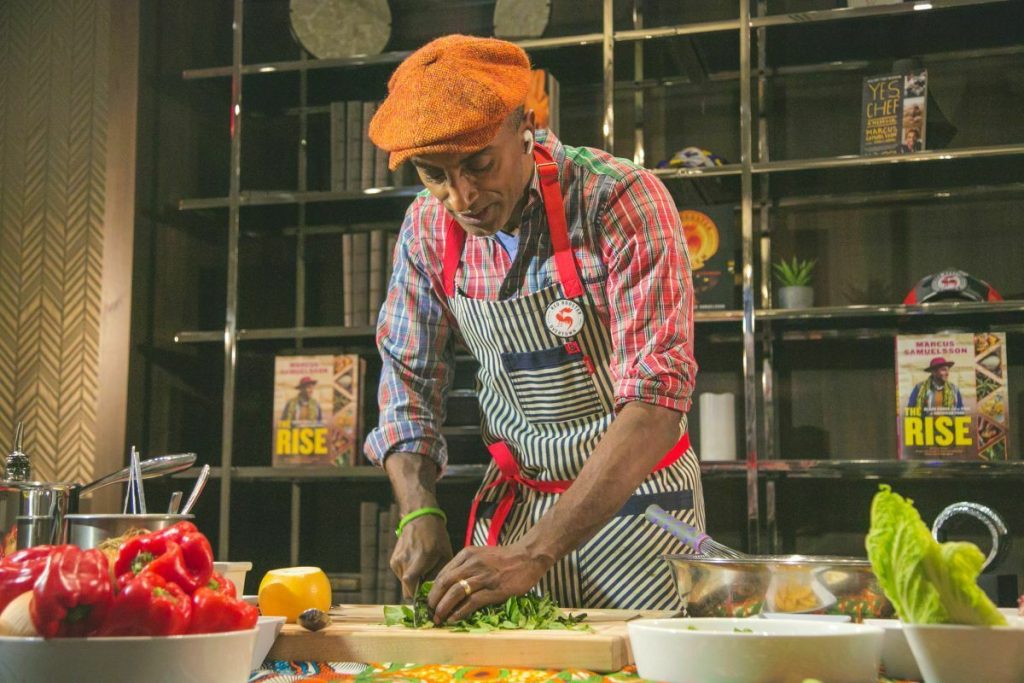 David Breslin, the Whitney Museum’s director of curatorial initiatives and curator, will talk with chefs Marcus Samuelsson and Adrienne Cheatham about ties between Black chefs and Black artists while the two prepare a meal. 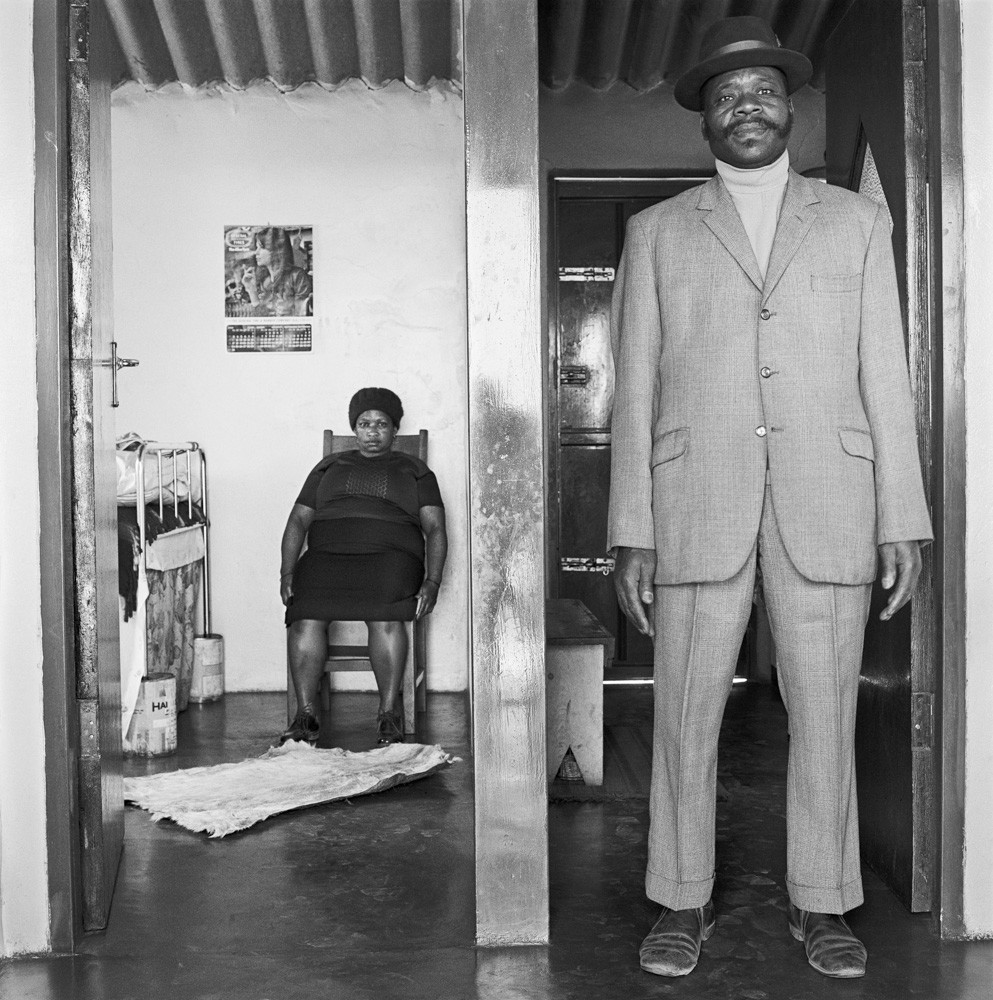 This show of more than 60 vintage prints by South African master David Goldblatt, who documented life at the height of apartheid between, the late ’60s and early ’80s, was curated by artist and activist Zanele Muholi in collaboration with her gallery, Yancey Richardson. Goldblatt, who died in 2018, was a mentor and friend to the artist. The curated group of images reflects Muholi’s own meditation on the brutality that Goldblatt captured in scenes of everyday life under conditions of extreme injustice. Muholi, who is an acclaimed photographer in her own right, has been creating self-portraits in various locations throughout the world as a means of addressing issues of race, gender, personal history, and African political history. She currently has a solo exhibition at the Tate. 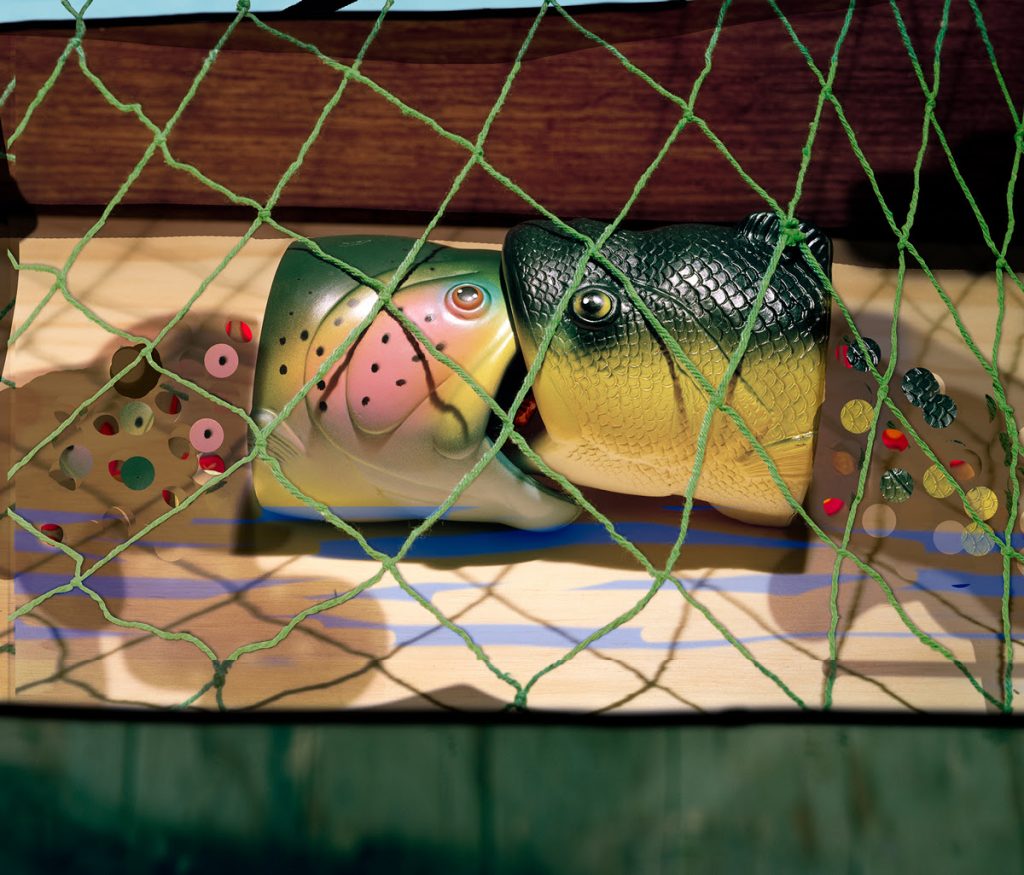 As the title of the show states, contemporary photographer Lucas Blalock has a unique memory of Florida in 1989: It was there and then that a freak accident at Disney World led a 10-year-old Blalock to lose his thumb. In turn, his missing finger was surgically replaced with his big toe—an experimental procedure at the time, but one that ultimately allowed him to retain full and normal use of his hand. Much of Blalock’s work grapples implicitly with the psychological trauma of the event, but this exhibition marks the first time he has attempted to explore it directly through photoshopped collages and “remixed” portraits. 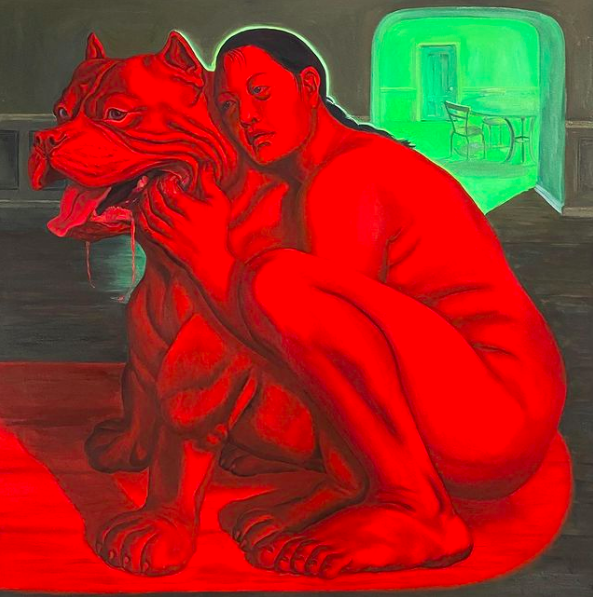 This past summer, pop-up blue-chip galleries descended on Long Island vacation towns to cater to the now-permanent residents who declined to return to the city. But there were also some scrappier endeavors happening out East. In September, Tong Art Advisory set up a show in an unusual space: a series of garages in a field on the rough-hewn road that winds out toward Springs. It became a hit show of the late season in the Hamptons, featuring work by in-demand artists such as Alex Becerra, Caitlin Keough, Chelsea Culprit, Nevine Mahmoud, and Van Hanos.

Now, Tong Art Advisory, which was founded by Yitong Wang in 2019, will stage another show, this time back in Manhattan. “QUEER OUT T/HERE,” a group exhibition curated in collaboration with artist Oscar yi Hou, will “examine the condition of ‘otherness’ across overlapping lines of queerness and/or East Asian identity,” according to a press release. Nine artists feature in the show: Amanda Ba, Dominique Fung, Kenneth Tam, Lily Wong, Louis Fratino, Martin Wong, Oscar yi Hou, Paul Sepyua, and Tseng Kwong Chi

And, once again, it’s in an intriguing location. QUEER OUT T/HERE will be staged in a hush-hush spot in Soho, on one of the tony nabe’s most cherished blocks, in one of those spaces that you known exist somewhere inside the grid of cast-iron buildings but can’t see from the street. Reach out about an appointment if you want to know more. 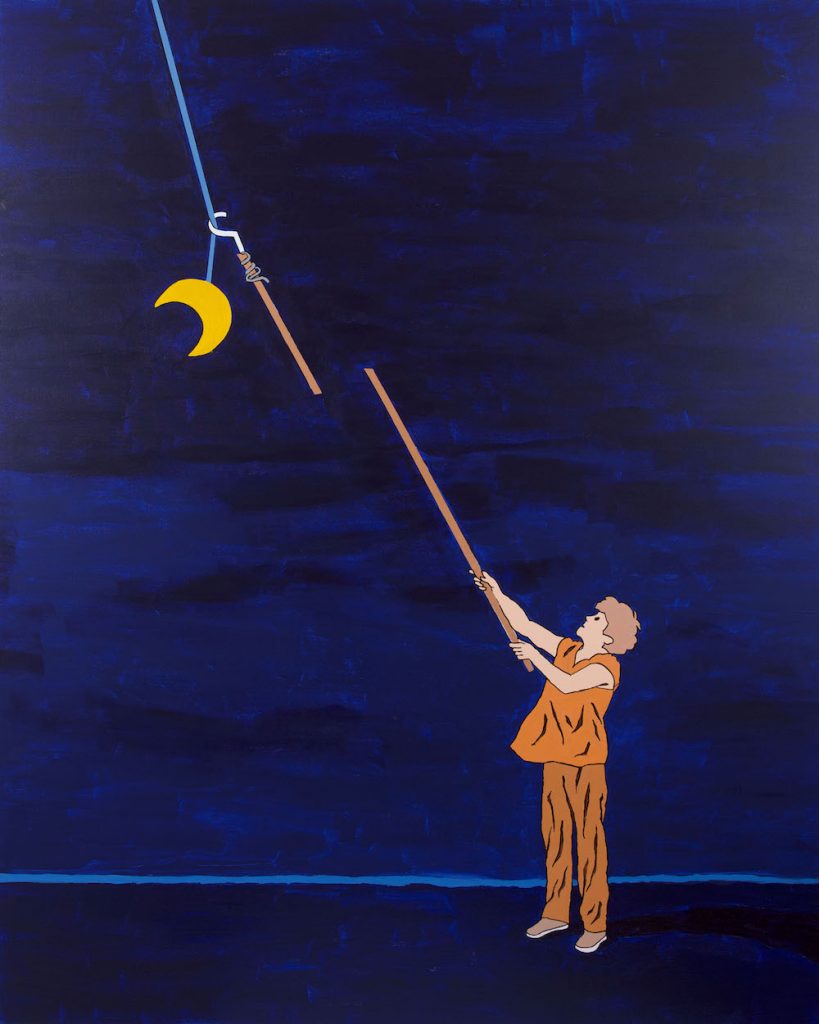 Linjie Deng is a 29-year old artist who has been based in New York since graduating from art school in Beijing six years ago. He began studying Chinese ink art since the age of six, a practice which is reflected in his appreciation for multimedia, participatory, and performance art. Works like Moon Catcher (2020), reflect his love of classic Chinese poetry and symbolism. Deng says the moon follows you wherever you are in the world and serves as a reminder of where you first encountered it in your hometown—which, for him, is a village in the northwestern Shanxi Province. 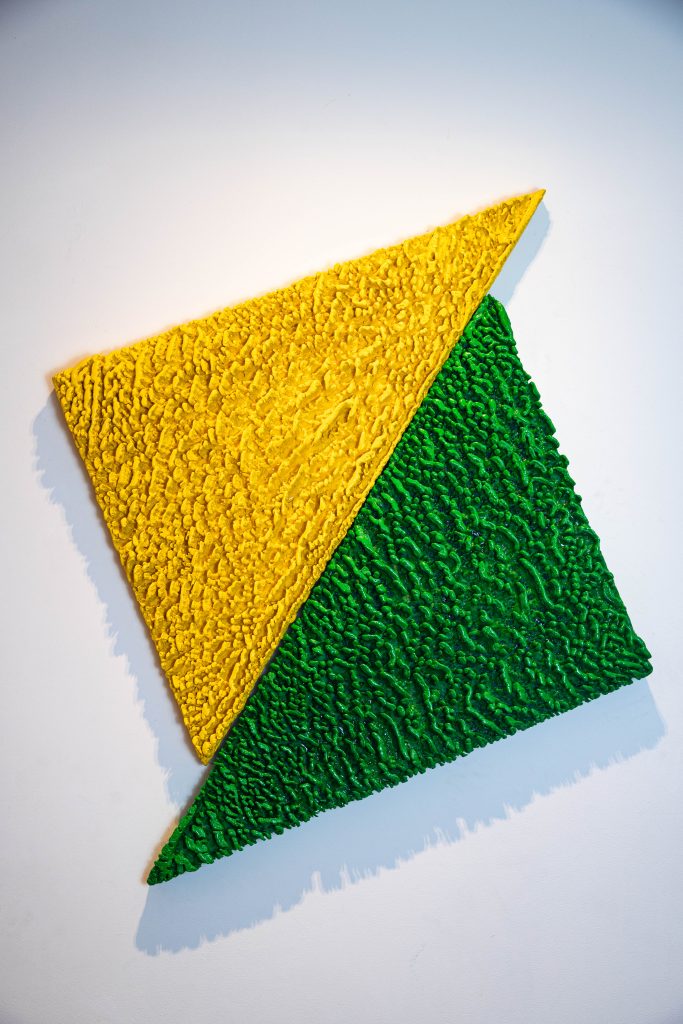 14. “LeRone Wilson: From Beyond” at Bill Hodges Gallery, New York

LeRone Wilson’s unique brand of encaustic art bridges the gap between painting and sculpture with “sculptural paintings” made from textured layers of beeswax, carnauba wax, and propolis—a resin-like material produced by bees—mixed with powdered pigment and molded with a pallet knife. The artist considers his work with beeswax an extension of his studies of Kemetism, a revival of ancient Egyptian religion that looks to reclaim historical Black identity, because of the importance of honey and bees to the Egyptians. 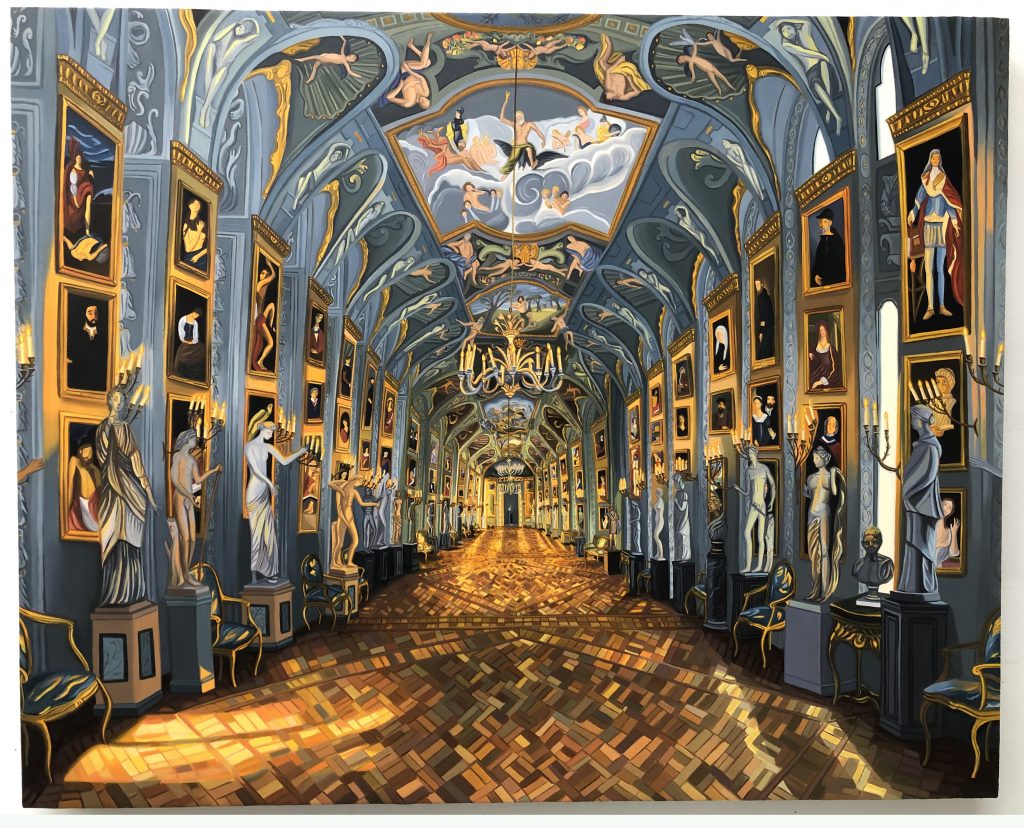 In this two-person exhibition, artists Anne Buckwalter and Gretchen Scherer present new paintings that hint vividly at the oddness of our current times. Scherer paints lushly intricate interiors of museum halls glutted with paintings, but absent of people. Buckwalter, meanwhile, creates domestic scenes that combine elements of the artist’s own life with imagined subject matter. Both artists’ works come alive through their sensitivity to detail. Scherer lovingly reimagines museum and private collections using information culled from internet searches and books to create fictitious salon-style installations of her favorite artworks in these collections. Anne Buckwalter, meanwhile, adds proactively intimate details—figures entwined on a floor beside a teddy bear, scraps of paper with private doodles, a chipped Zabar’s mug—to her scenes of daily life. These are paintings that reward close looking and allow the mind to conjure up endless possible narratives.